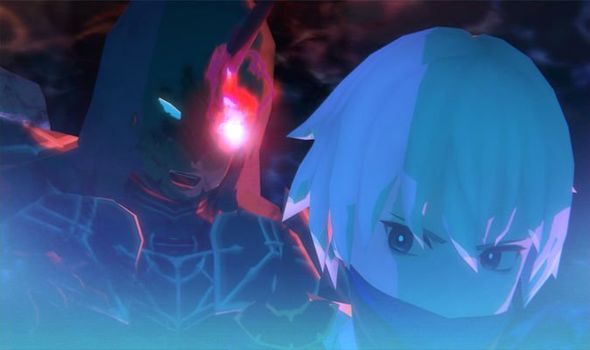 With the arrival of Oninaki, they have departed from the source material more than ever before with real-time combat.

One thing the game does still manage to retain from the previous creations from this studio is the interesting story that tackles some deeply emotional subjects.

From the opening moments of Oninaki, the idea of life, death and reincarnation are openly addressed.

As a Watcher, the playable character Kagachi must keep the peace between those who are living and those who have died but haven’t fully passed over to the afterlife so they can be reincarnated.

In this world, those who grieve for the loss of life are unable to be reincarnated, which is essential to the continuation of all life.

It’s a story that delves into some thought-provoking beats that manage to rise over some of the writing that caused me to cringe a little. Thankfully the overarching story hits the right beats and left me feeling a range of emotions.

Where the game really shows the most change is the combat. The real-time combat provides a more intense gameplay loop that starts simple but soon provides a myriad of interesting customisation.

Equipping yourself with Daemons will start to differentiate your play-style. Each Daemon has certain weapons and skill that they can utilise which become your arsenal to fight off the enemies that are in front of you.

These enemies will need the full range of weapons at your disposal to be efficiently taken out. And they’ll be a lot of enemies.

Travelling between the two realms means that all locations are going to have double the amount of enemies as you take out enemies on either side of the void.

This mechanic also creates some interesting puzzles that have to be cracked. In one area you may be blocked from progressing forward, but by moving other realm, your path is open.

Tokyo RPG Factory has also pushed themselves on the graphical detail of Oninaki.

It’s a step up from the previous games in their catalogue and is visually appealing and continues to push the style for this time of throwback JRPG.

One failure of this improvement is the performance of the game on the Nintendo Switch; busy areas slow the Frame rate right down to low double digits which is a shame but doesn’t constantly impact the game.

I’ve enjoyed the last two games from this developer, and this is no exception.

They continue to improve on their abilities and produce some of the best JRPGs available.

Satisfying combat and an emotional rollercoaster of a story completely outweigh performance issues and jarring writing.

Oninaki is available on Nintendo Switch, PC and PlayStation 4.