Osmo is launching its Math Wizard educational games series, which lets kids learn math at their own pace and reassures parents that their kids won’t fall behind during pandemic schooling.

Quarantine continues to keep many of the nation’s children at home through the fall semester, prompting many parents to worry about their children falling behind in key subjects, Osmo CEO Pramod Sharma said in an interview with GamesBeat. What kids need are games that aren’t as intimidating as most math lessons, he said.

Sharma said that Osmo — a Palo Alto, California company now owned by Indian education company Byju — has created a new curriculum-inspired Math Wizard series for children six years old to eight years old. It teaches math through fun, hands-on, narrative- and adventure-driven games, where kids learn math by touching, manipulating, and experimenting with how it is used every day.

“As soon as we closed our acquisition about 18 months ago, this was a big thing we decided to do,” Sharma said. “It is a much larger task. The goal is for kids from kindergarten to third grade to learn math at their own pace. We are starting with two products right now.”

These self-paced games help kids build confidence and understanding in what they are learning, and are perfect for digital learning at home, Sharma said. In these games, children can pick up objects and place them in front of an iPad or Amazon Fire Tablet. Through a mirror and a camera, the Osmo software recognizes the object and determines whether the child has picked up the correct object. It’s through the manipulation of these objects that the kids stay engaged and learn. 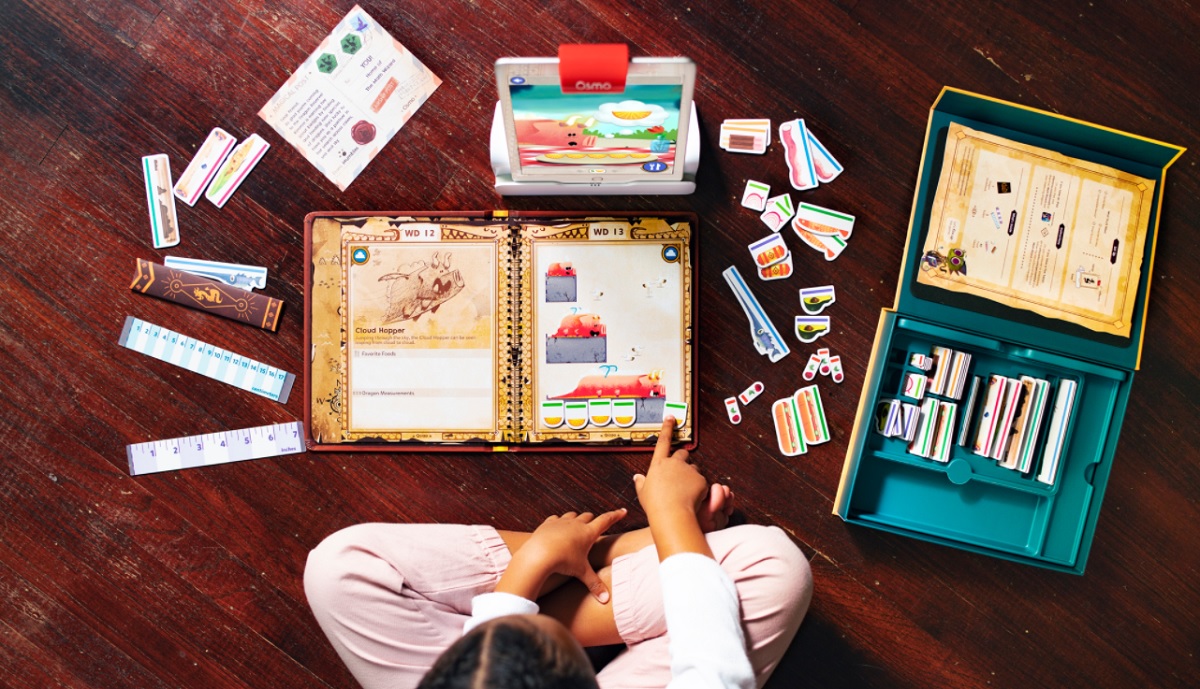 Above: Osmo is targeting kids six to eight with its new Math Wizard series.

“We’re trying to provide a lot of physical artifacts or elements that reflect those concepts. And then we connect them with a digital world,” Sharma said. “It is difficult to grasp the concepts. But when you hold it with your hand, it’s much easier. That is a founding principle of everything we do. We don’t want kids to feel like this is part of their school.”

Sharma calls this kind of learning “phygital,” as it combines physical objects and digital learning. And it is the foundation of the games that Osmo has created since 2013.

Osmo has reached millions of children through its games and apps that combine tablets and physical objects such as letter blocks. Osmo’s products are used in more than 30,000 classrooms in the U.S. (at least under normal conditions) and more than 2.5 million homes. 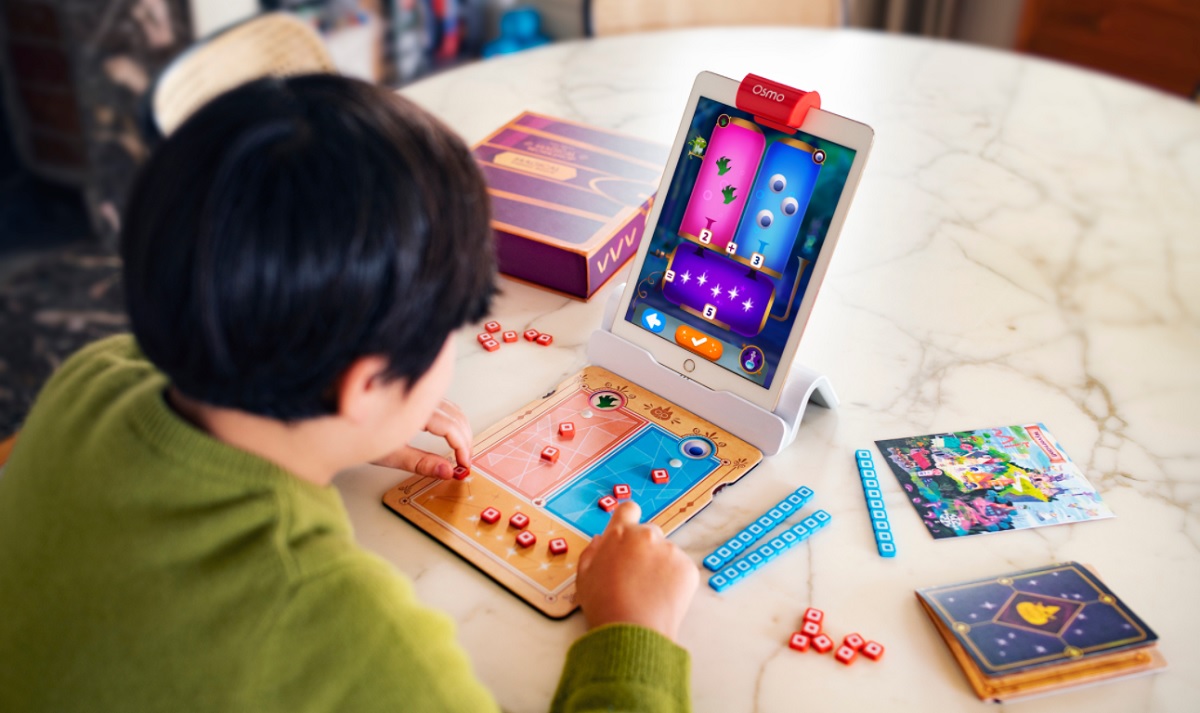 Above: Osmo Math Wizard and the Magical Workshop

On top of that, games can help relieve anxiety. Math itself creates a lot of anxiety for students, parents, and even teachers, according to research, where almost 50% of elementary school students, 20% of U.S. adults, and 25% of teachers face math anxiety, which may start as early as kindergarten.

Math Wizard games help to alleviate some of this commonly-felt anxiety by creating joy and excitement within a non-threatening, learning environment, Sharma said. That’s because most people don’t view games as a task or a test.

The first two titles in the Math Wizard series, which launch today, are Magical Workshop and Secrets of the Dragons. The series is intended for first and second graders, ages six to eight.

Magical Workshop (available for iPad and Fire for $60 at playosmo.com and Amazon.com) is an addition and subtraction adventure where kids brew potions with dragon claws and sparkle dust to master place value, and they continue their quest by counting balloons to help dragons fly. The games teach things like counting while creating potions or counting objects while flying on a magic broom.

Secrets of the Dragons (available for iPad and Fire for $60 at playosmo.com and Amazon.com) allows kids to learn and master measurement at their own pace as they explore the Dragon Reserve and its outlying biomes. As dragon scouts, they discover new dragons, measure them, and feed them based on their size. They can earn merit badges to become a master scout.

After these two games debut, the next two releases in the series will be released in March 2021.

“We will continue to add to the series. Our goal is to have about 12 to 14 products, and about 40 different games over the next 18 months,” Sharma said.