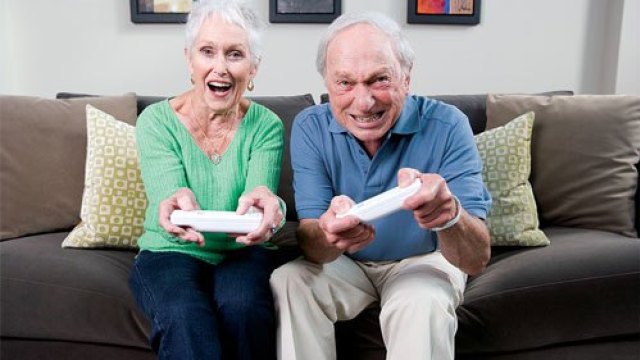 A survey has found that over 60s spend almost as much time playing video games as teenagers, with many saying it’s become their main hobby.

Things are a lot better now than they used to be, but it doesn’t take much for mainstream media to fall back on the old cliché about video games only being for socially awkward teenage boys.

Some proof of why that’s definitely no longer the case is a new survey by energyhelpline.com, which finds that in the UK gamers over the age 60 spend an average of eight hours a week playing games – only 45 minutes less than 16 to 29 year olds.

Gamers over 60 spend over 400 hours a year playing games, with 30% saying it helps their mental health and 19% that it helps with feelings of loneliness.

41% of older gamers revealed that gaming had become their main hobby and 13% admitted that they’ve lost sleep by choosing to play games instead.

Candy Crush is the most popular title but otherwise the choice of game is exactly what you’d expect of casual gamers of any age, including FIFA, Call Of Duty, and Grand Theft Auto.

Overall, 62% of UK adults played a video game of some sort in 2020, although that figure, and this survey, will no doubt have been distorted by being stuck in lockdown during the pandemic.

The survey also found that gamers are adding £342,720,000 a year to the UK’s national energy bill, which is where the energy saving angle comes in. Although most seem to think it’s worth it.