Over half of children have been ‘disappointed’ with a Christmas present, study finds 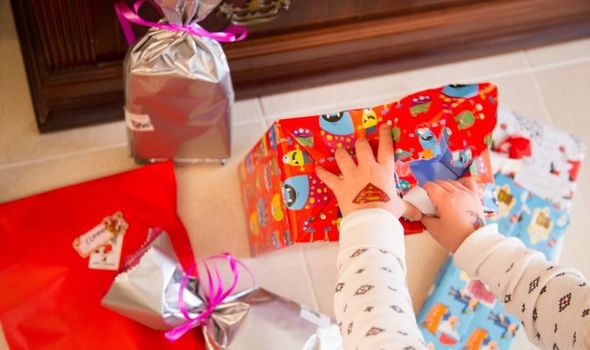 But 41 percent of youngsters have been left unimpressed even when given a present which was on their wish-list.

And while 33 percent of parents admitted they bought their child something they were indifferent about, 24 percent claim the gift was from a friend, and 23 percent from a neighbour.

It also emerged two in five parents have struggled to know what to buy their offspring for Christmas in the past, while 47 percent have found it difficult to suggest ideas to relatives and friends.

The research, marking the launch of Love at First Play – a campaign by Hasbro aimed at increasing toy-to-child compatibility this Christmas – found that TV adverts, items in shops, and what their friends already have are the top influences for children’s Christmas lists.

But parents make their buying decisions based on the price of the toy, good reviews –and whether it’s on offer or not.

But 31 percent admitted “pester power” from their child also has an influence.

Child Psychologist Dr. Laverne Antrobus, who spoke about the research on behalf of Hasbro, said: “Science has shown us that a child’s play personality has a huge impact on the types of toys they will enjoy playing with, and the way they learn and develop.

“While for most adults, “work” and “play” are separate pursuits, for children play is their work – instead of being just a fun break, it is in fact how they learn, both about the world and themselves.

“By identifying a child’s most dominant play personalities, parents and gift-givers may be more likely to choose a compatible present for their child this Christmas.”

The study went on to find a quarter of parents are expecting their child to be disappointed with a gift this upcoming Christmas.

Carried out via OnePoll, it also revealed that 39 percent would like to know more about how to choose suitable toys for their child rather than simply buying them what they ask for – which is something that 59 percent admit to doing.

Whereas 53 percent do research to find out what toys best suit their child’s personality.

In fact, 38 percent would even consider buying a gift that they also want to have a play with.

And for 27 percent, they are influenced by how educational a toy is before putting in their child’s stocking, while a quarter rely on word-of-mouth from other parents.