Paper Mario: Every Party Member And Their Abilities, Ranked

Paper Mario has leaped from the Nintendo 64 to Nintendo Switch Online, allowing those who grew up with this cute RPG to re-live the nostalgia on the go. The title which started it all remains a true fan favorite, even today. Its continued popularity has led speedrunners and streamers alike to find new and unique ways to play it.

Paper Mario introduced us to many memorable and unique party members that aided Mario on his journey, but they weren’t all friends you’d want in your corner. Some were more helpful than others, with a few party members unceremoniously ditched after their first chapter, while others were introduced way too late in the game to be useful at all. Despite this, the Paper Mario experience wouldn’t be the same without them. 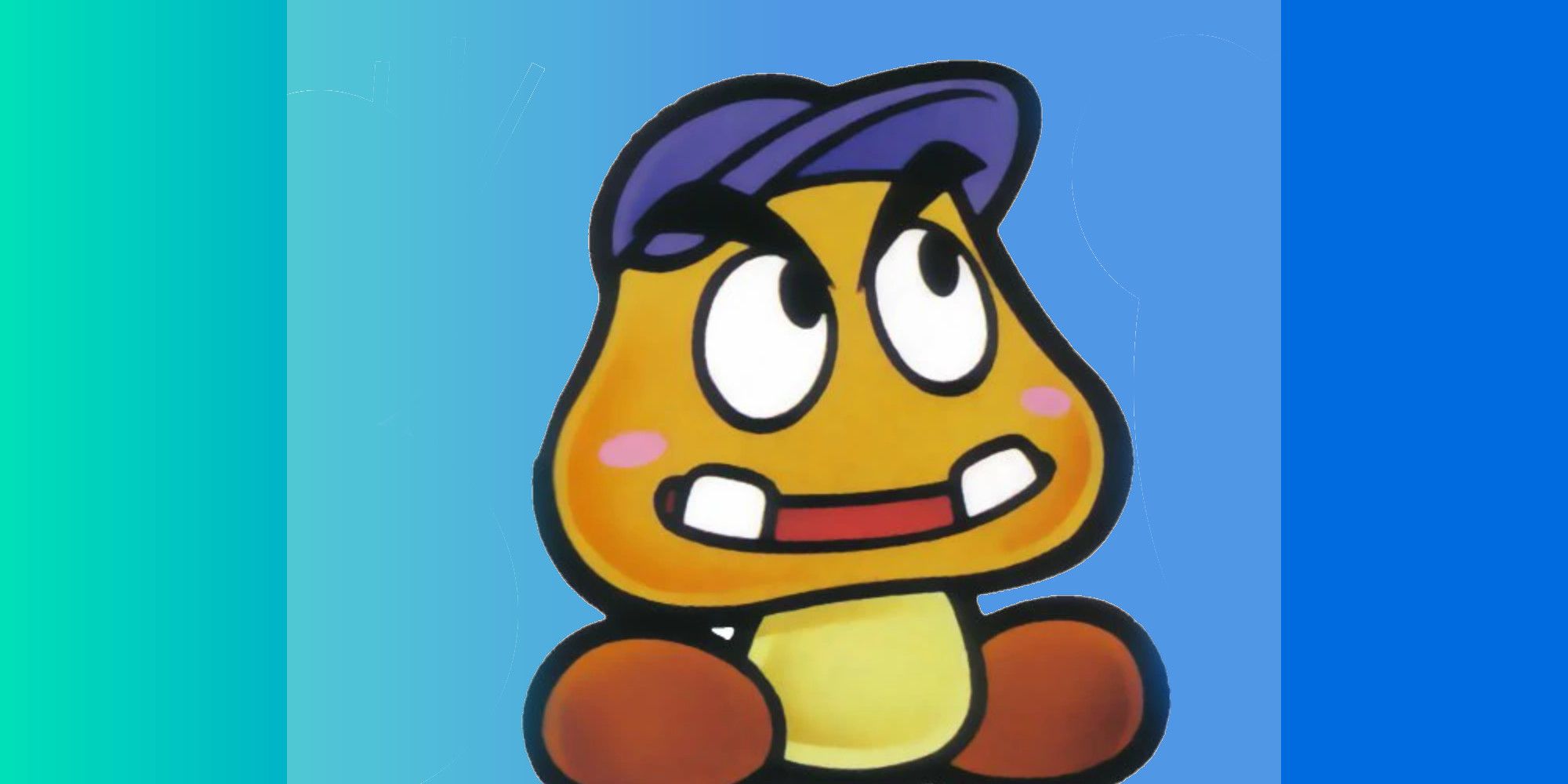 This talkative little Goomba is the first partner Mario gets along his journey, right after the Prologue after falling from Peach's Castle into Goomba Village. While he’s there early on, he doesn’t see a lot of action as the game progresses.

Sure, he can use his Headboink attack or Tattle to give you info on enemies but other than that; he isn’t very useful at all. Even when powered up with a Super Ultra block, he doesn't get any stronger. It’s safe to say that Mario is better off on his own and powered up with badges than utilizing Goombario. As soon as you meet your next partner, Kooper, Goombario is doomed to live on the bench. 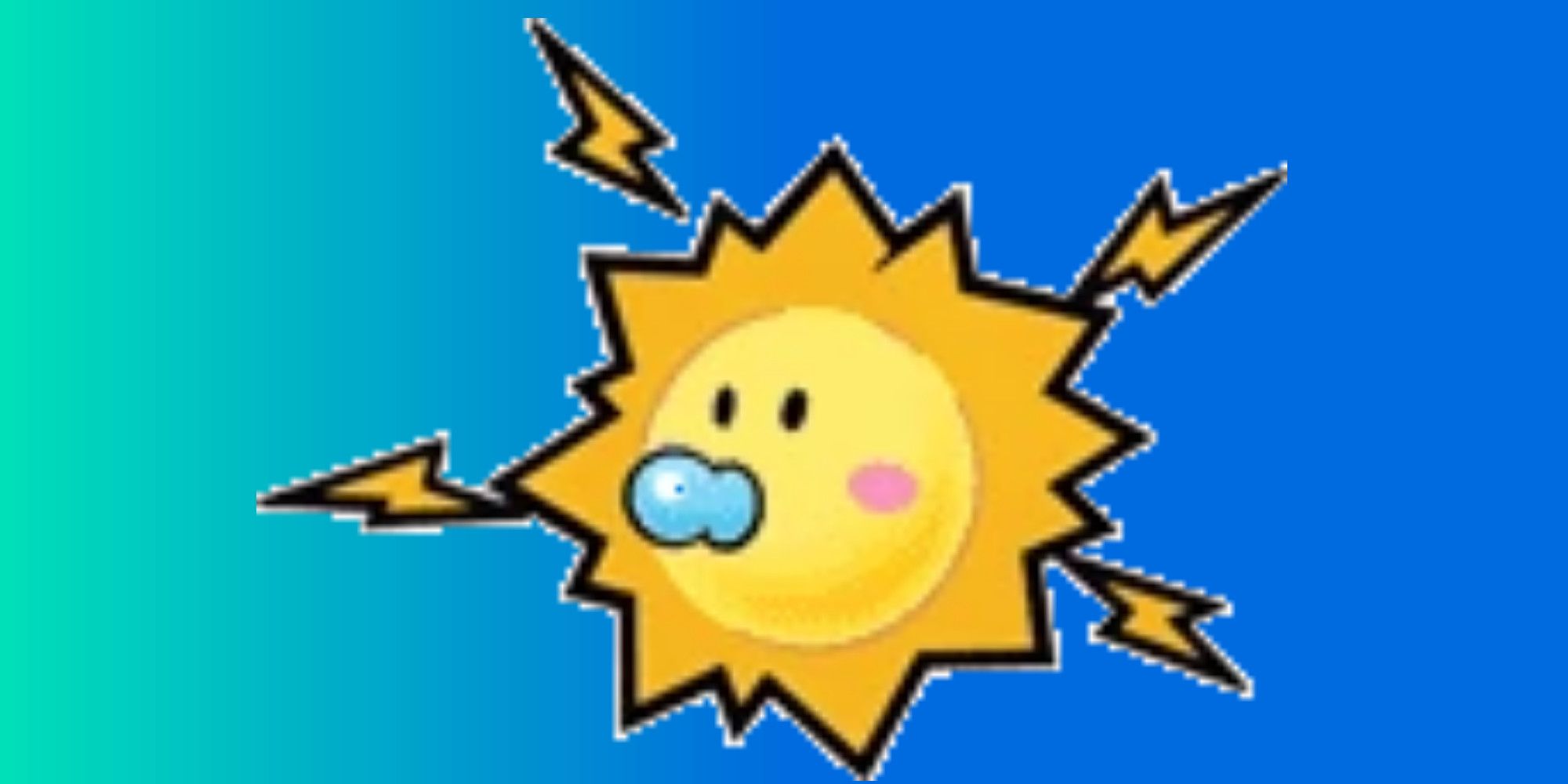 This cute lil sparky is held captive in Big Lantern Ghost's lantern when Mario meets her in Shy Guy's Toybox. Once Mario frees her and they team up, her ability to light up dark areas and reveal hidden blocks can be helpful – and strategically useful in battle.

Watt's main quirk is how she can get around enemies with strong defense using Electro Dash or Power Shock. Later on, her ability to paralyze enemies increases with Super and Ultra Blocks. These all sound great, but unfortunately, she comes in midway through the story and is only heavily utilized in the final fight with General Shy Guy. 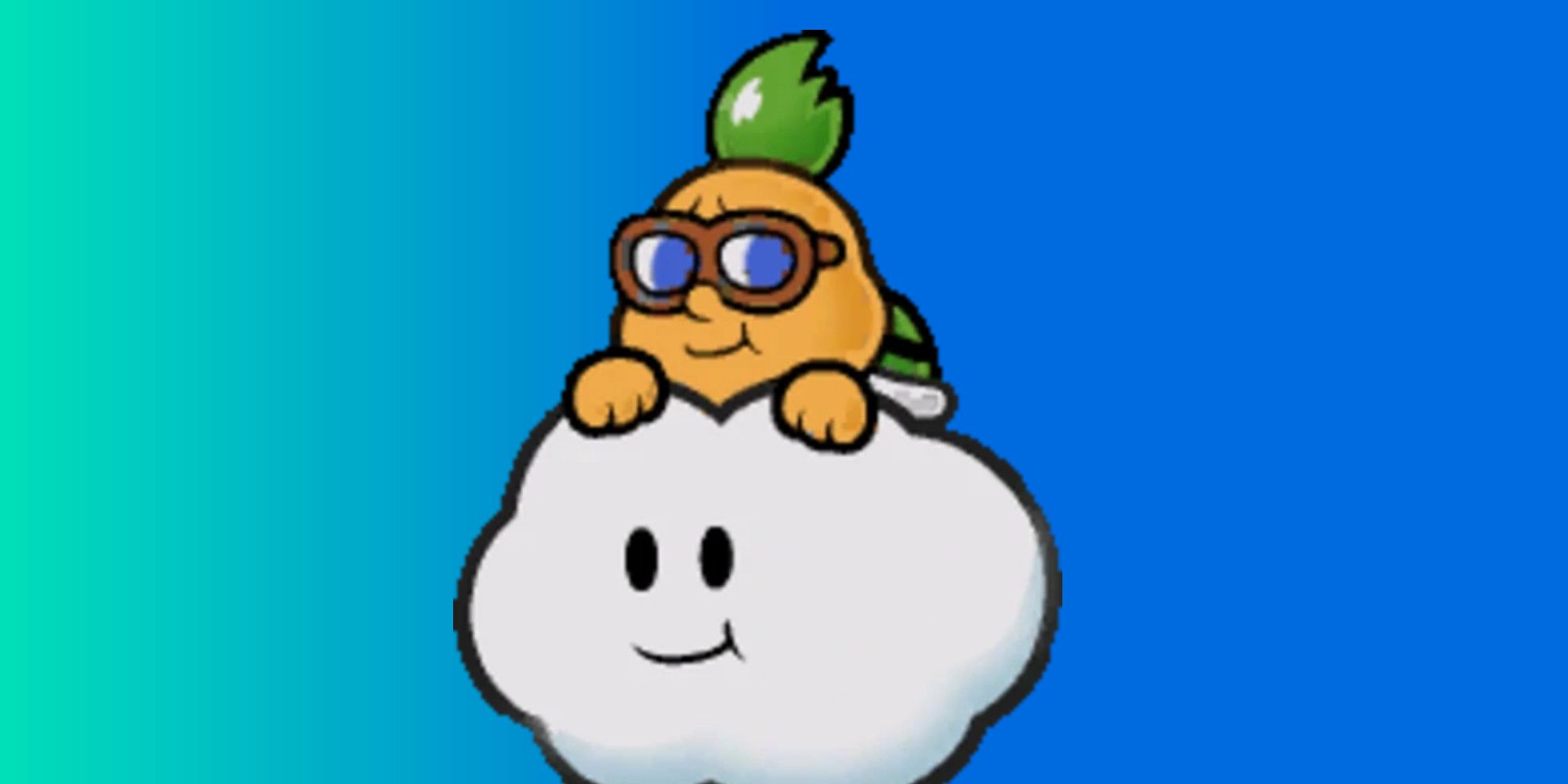 Meet the Lakitu, who likes to go by the name Spike – although his real name is Lakilester. One of the most remarkable and helpful characters, Mario meets him in the last chapter, Flower Fields. He doesn't even want to fight our leading man but is forced to do so under orders from his boss Huff N. Puff.

After defeating him in a very short battle, Spike joins you. He can cross lava and move pretty fast across maps – something which would have been helpful in the earlier parts of the game, and had he joined earlier he would probably have finished higher up the rankings, but no dice. Still, it's a whole new ballgame once he joins your party. Spiny Surge and Cloud Nine are his best abilities to utilize in battle and he's excellent at taking out the unique enemies you face in Chapter 8 and then in the game's final location, Bowser's Castle. It’s just too little, too late. 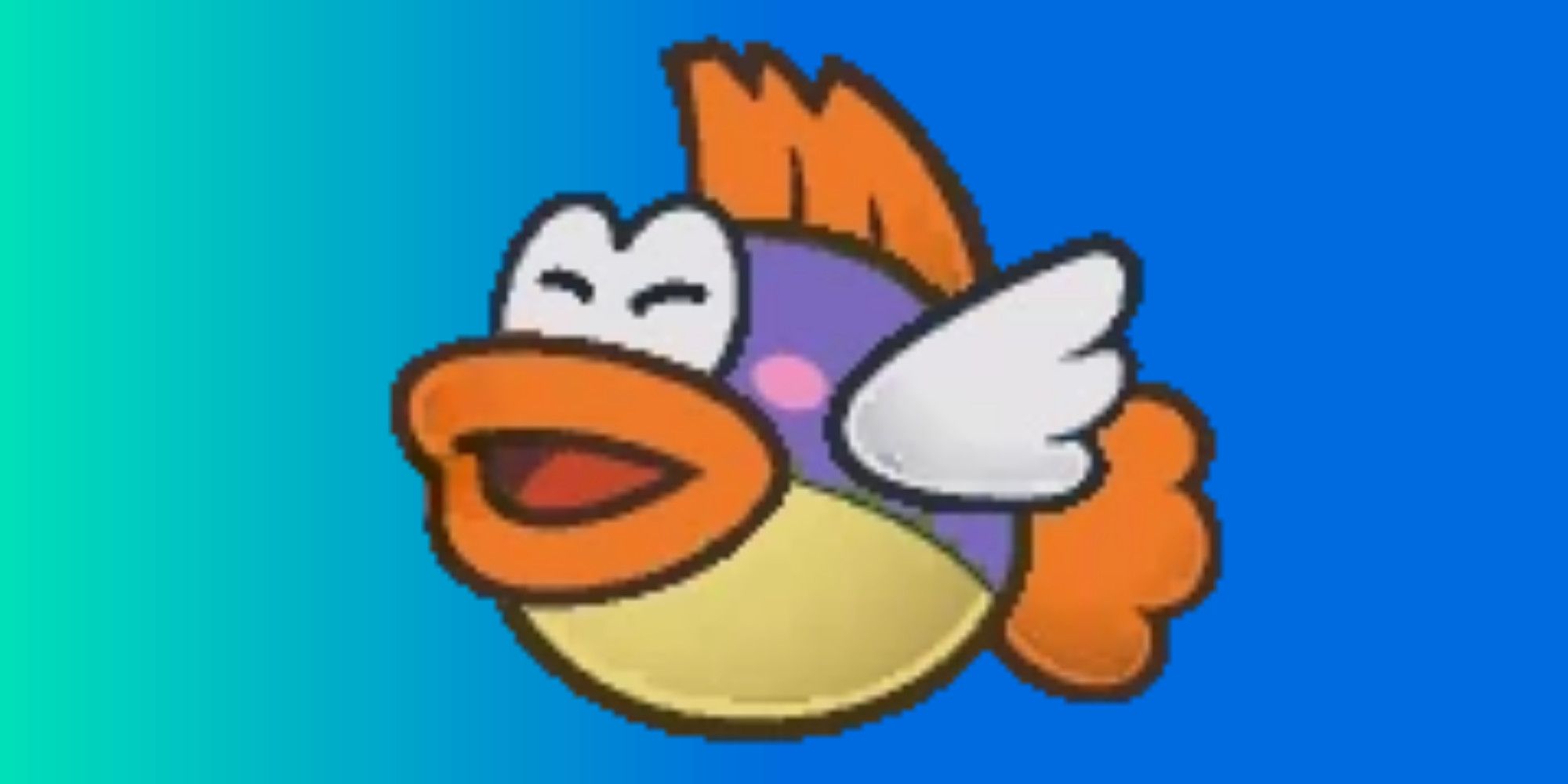 Sushie makes her appearance in Chapter 5, Lava Lava Island. This talkative and cheerful Cheep-Cheep is a babysitter for the mischievous Yoshi kids. Once her charges go missing in the jungle, it's up to Mario to team up with her and help – using her ability to dive and cross bodies of water.

She is another party member with limited use and is only helpful in this particular chapter with an abundance of fire enemies. In battle, her best moves are Squirt, Tidal Wave, and Water Block and her field ability gives us access to a ton of new areas. All in all, she’s a solid party member.

You meet this dedicated mail carrier up on Mt. Rugged, and the Koopa Paratroopa will gladly join up with Mario once you bring his missing mail back. Parakarry can use his flying ability to help you cross small gaps and he can also give you an edge in battle from the air, so fetching those pesky letters is worth it.

In Dry Dry Ruins, when facing off against Tutankoopa, Parakarry is instrumental, utilizing his Shell Shot attack to deal direct attacks while his more advanced move, Air Raid, can damage all enemies on screen. The only issue with some of his attacks is that you have to be very precise. Another neat thing outside of battle is that any letters you find, Parakarry can deliver them to their intended recipients, netting you extra Star Pieces.

This is a Boo with attitude. Meet Lady Bow, the main ghost of Boo Mansion, who invites Mario to come for a spooky visit, only for him to learn that she is holding a Star Spirit captive. Lady Bow will, of course, free the spirit if Mario does one favor for her – rid the Boos of the fearsome Tubba Blubba, who enjoys snacking on her fellow ghosts.

Lady Bow is the coolest (and most stylish) of Mario's teammates. She can make you invisible outside of battle to avoid enemies and even allows Mario to pass through solid objects. In action, her Smack, Outta Sight, and Fan Smack attacks deal heavy damage to your enemies as well as allow you to hide from them briefly. Similar to Parakarry, her attacks rely on precise control stick movements, but if you use her correctly, she can be devastating.

Kooper is an adventurous little Koopa Troopa who wants to become an archaeologist like his idol Kolarado. Mario has to retrieve his shell from a Fuzzie when they take over Koopa Village. Once you pair up with him, his field ability can hit switches across gaps and even retrieve items from far away.

Kooper is an adventurous little Koopa Troopa who wants to become an archeologist like his idol Kolarado. Since you meet him early on though, your task for him is pretty simple – retrieve his shell from a Fuzzie when they take over Koopa Village. Once you pair up with Kooper, his field ability can hit switches across gaps and even retrieve items from far away. 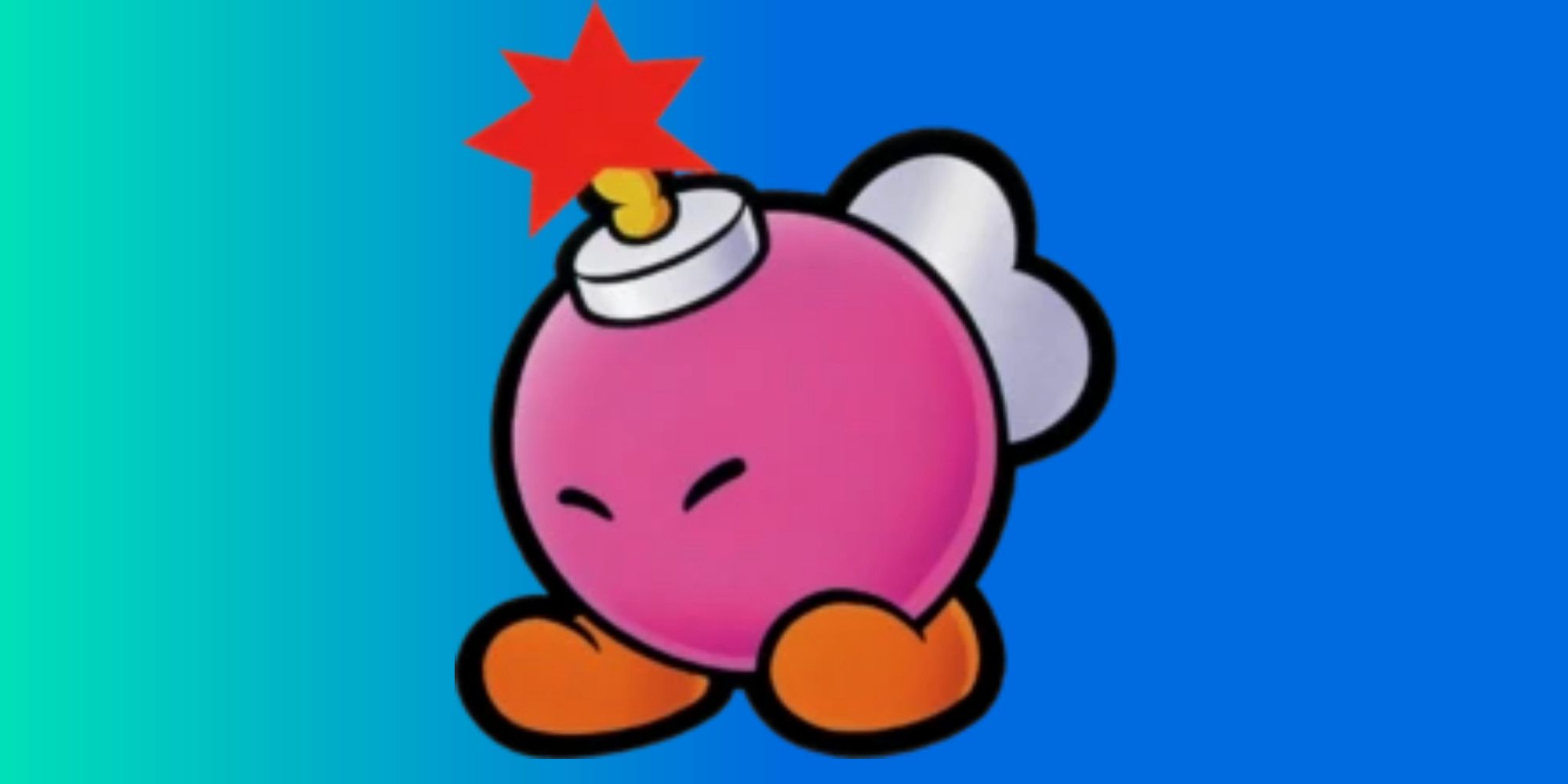 Bombette is a fiesty Bob-omb you won’t want to mess with. After the Koopa Bros. take over what was once her home, poor Bombette is thrown into the dungeon with all the other dissidents. When Mario ends up in the same prison, the pair team up, utilizing her ability to blow up walls to initiate a jailbreak.

She is by far the most vital party member and can deal the most damage to all enemies – especially as she becomes stronger through upgrades. Her initial Power Bomb attack and ultimate version, Mega Bomb, make her a force to be reckoned with and her versatility allows her to stay strong against most enemy attacks.