Partie is unveiling its matchmaking and communications platform for gamers on the PC, Mac, and the web. The service is launching today.

The goal is to create tailored in-game matchmaking services so players can square off against or team up with players with similar skills. And since you can get rewards by participating, Partie is one more example of the Leisure Economy, which is all about getting paid to play games.

The Newport Beach, California-based company will launch its Android and iOS applications will be available in January. The team wants to make gaming more accessible, inclusive, and rewarding.

Partie’s core features include expedited and tailored in-game matchmaking for players of all skill levels. It is also building social components including personalized profiles, feeds, followers, universal ratings, reward systems, and the ability for its users to earn revenue without any livestreaming, content creation, or social following mandates. Players can earn badges and achievements over time by hosting and completing Parties with other players. You can also earn rewards by inviting your friends to join.

“Partie’s platform is built to make gaming more accessible, inclusive, and rewarding,” said cofounder Will Wheeler said at an online press event. “The idea came to us, both as lifelong gamers and co-owners of our agency where we’ve worked with brands, publishers, creators, and everybody else in the industry for the last decade or so.”

Partie also said it wants to build a diverse and safe community based on trust, accuracy, and credibility, where members are rewarded on the platform for upholding those values and are granted partner status for their in-application achievements. 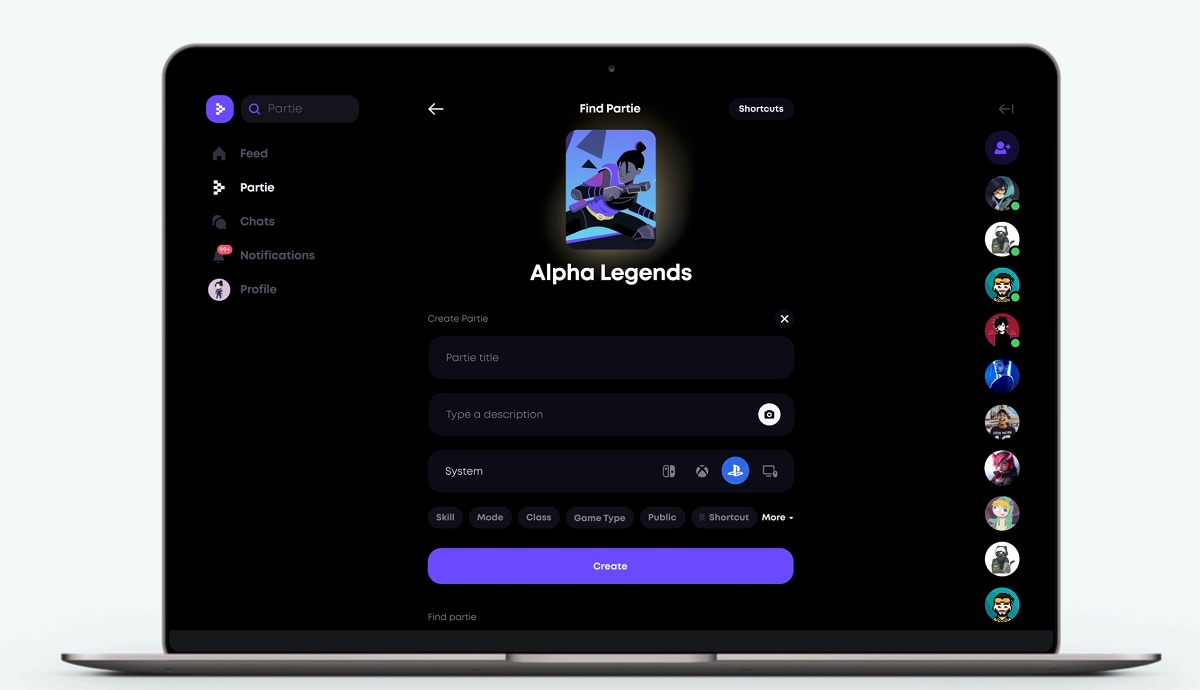 Above: Partie is coming out on mobile devices in January.

“What’s important to us is that players are teaming with people who make sense for them,” cofounder Frankie Colamarino said. “And our technology solves a lot of that within the games themselves. We looked at curating more highly accurate matches, eliminate wait times, so people can get in and stay in. We wanted to find a better way to create revenue opportunities for gamers.”

Partie Partners are fully verified, expert-level members that are active and highly regarded within the community. As a partner, earning opportunities are inherently available to you, increasing in abundance as our community grows and plays more together. Partie also hosts official “Bounties” each week, offering its community members the chance to win cash and other prizes by completing challenges tied to specific game titles and/or in-app activities.

The news feed is a central resource where players can follow their favorite games, discover new titles, publish updates, and connect with other members of the Partie community. Players select their systems, skill levels, and other preferences to customize their Parties. Players can specify what they’re looking for in a teammate, Colamarino said. The host can also invite and manage members to start the Partie. And once the Partie ends, each players gets a little boost to their reputations and can earn more trust in the community. Players can add their gamertags for all of their platforms and share that with friends. The founders think they can offer safer parties because they have players with good reputations that are known to the community.

The company was started in 2019 by Colamarino and Wheeler. They had a World of Warcraft guild, and they enjoyed helping other players progress through the rankings. But they wanted to do it in a more streamlined way, and found that using apps such as Discord were unwieldy. So they created Partie and launched the beta version in June. They got a couple of thousand beta users and that helped stress test the platform. Now they’re ready to take it to the broader market. They have nine employees.

Partie offers a subscription of $5 per month that supports user-to-user accountability, finance earning opportunities, and other exclusive perks for its community members. The company has raised money from friends and family as well as Juniper Capital Partners.