Pathfinder: Wrath of the Righteous is pointing the way for indie studio Owlcat Games

Pathfinder has been good to Owlcat Games. The Moscow-based indie studio put out its first game last year, Pathfinder: Kingmaker, winning acclaim and awards (even if it was a bit rough at launch). It helped Owlcat secure $1 million in funding for its next game, Pathfinder: Wrath of the Righteous, which it announced Wednesday.

Wrath of the Righteous is an adaptation of the Pathfinder adventure path that launched in 2013, similar to Owlcat’s debut with Kingmaker. The campaign has this corner of Golarion (the world of the Age of Lost Omens setting) under a demonic assault, and you and your adventuring party must deal with it. It also adds mythic progression, which your characters can take on mantle of lichdoom … or the wings of an angel. It’s for PC, with no release date yet.

In some ways, Owlcat feels like a Pathfinder studio, similar to Beamdog and its focus on lovingly preserving old Dungeons & Dragons games.

“[Pathfinder’s] catalog is fantastic. When you browse through their world guide and see a nation, you want to have an adventure there,” Owlcat creative director Alexander Mishulin said in an interview last week. “The stories told in the adventure paths are really great, and you either want to play them or game-master them. And here, what we’re doing, we’re really game-mastering to the whole RPG audience.

Owlcat Games head Oleg Shpilchevskiy notes how using Pathfinder for their studio’s base is akin to working from a foundation.

“Pathfinder is based on a very mechanical system, with which you can build everything,” he said. “So combining deep mechanical stuff with the imagination of the Golarion setting, which we’re crazy about, with great characters –”

And Mishulin interjects with “and great, great character building. And the people who are into these kinds of games are into the mechanics and the fighting, and Pathfinder brings both stories and mechanics into the mix.”

Wrath of the Righteous is bringing back the 15 classes and seven prestige classes from Kingmaker, adding the witch and oracle (Owlcat says it’ll reveal more in the future). Paizo published the second edition of Pathfinder in August, and while Owlcat has had some time to look over it, don’t expect Wrath of the Righteous to use the 2E rules. “Right now, we’re sticking to the first edition, probably with some additions and advancements,” Mishulin said. 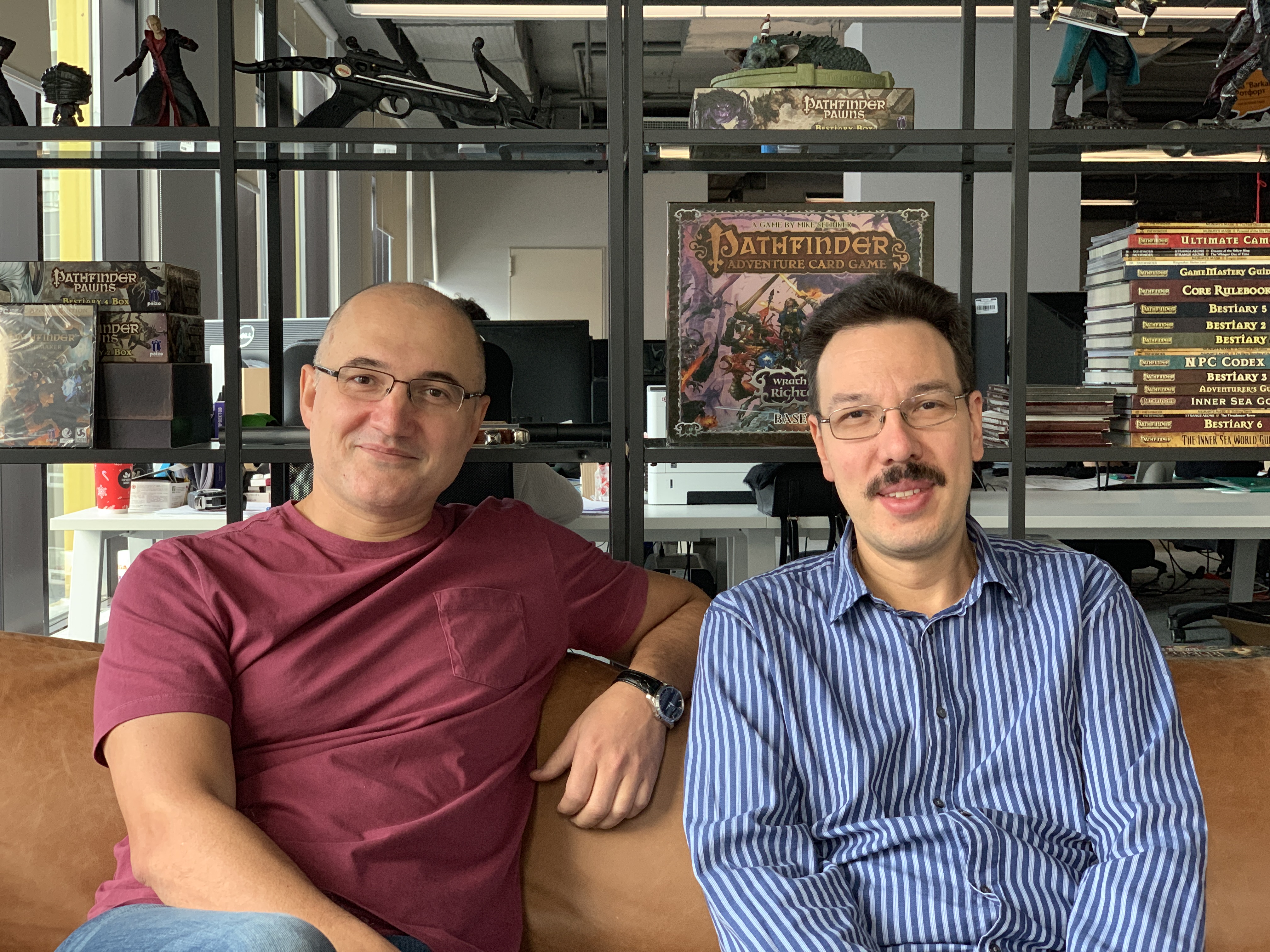 Pathfinder has more than two dozen adventure paths (which in part explains why I see so many products for the game at my local used book store). Why does Owlcat thinks Wrath of the Righteous lends itself to a video game adaptation?

“It tells a very ominous story, but we can tell it in a way that nobody else has told that story,” Mishulin said. “What does a demonic invasion mean? How do the Crusaders feel after waging a 100-year war against them? How does it feel to be a volatile force in this conflict, and what price will you pay? How relationships with your friends and neighbors change when you acquire this power?”

Wrath gives players a chance to acquire great power with mythic progression. But Mishulin’s right when he notes the narrative payoff of seeing how your relationships and alliances change once you go down the path to lichdom. You allies may not want to hang around an undead wizard who uses rotting corpses as tools.

I also asked Paizo’s Mark Morland, the franchise manager for Pathfinder, for his perspective views on why Wrath lends itself to a video game adaptation.

“Wrath of the Righteous is truly an epic story of the battle between good and evil, with the literal fate of the world in the player’s hands. In this campaign, players ascend to the pinnacle of mortal power, eventually treating with deities and even battling a few. Who doesn’t want to go toe to tentacle with a demon lord or two, stop a demonic invasion that threatens the very fabric of reality, and become a hero (or villain) worthy of myth in the process?”

In Wrath of the Righteous, players can embark on the mythic progression paths. This gives them some cool powers, but it also changes the storyline and decisions you make. Owlcat is adding the lich (big spells plus undead minions); the trickster (it’s about finding mischief and fun, but you can also turn those critical failures into successes); and the angel (you get celestial allies and can throw around bolts of divine judgment).

I asked Paizo about mythic progression, just to learn a bit more about it. Turns out Wrath is special because it’s the only adventure path published so far to use the mythic rules from the Pathfinder Mythic Adventures supplement. “The mythic paths available to players under that system, archmage, champion, guardian, hierophant, marshal, and trickster, were each tied thematically to one of the six ability scores at the core of a character’s statistics. In the forthcoming adaptation of the campaign, Owlcat will be exploring other sources of mythic power beyond these original mythic paths,” Morland said.

And it turns out that a lot of this mythic stuff requires a game master to work, at least on the tabletop.

“In play, a PC can’t just become a lich; they need to work with their GM to do so. That’s how mythic levels work as well. A GM presents the players with trials they have to overcome in order to advance in their mythic path,” Morland said. “So think of ascending to angelhood as just another option for the GM, in this case, the computer game itself, to offer to players to tap into mythic power. It’s a really exciting and innovative way of adding narrative elements to the mythic rules and adapting them to a medium that doesn’t have a human game master.”

It sounds cool. Who doesn’t want to be a lich, ordering undead hordes around, or a trickster who can twist fate? But don’t these mythics present a balance challenge when adapting a tabletop game with a game master to make final calls and adjustments with computer code that can’t tweak things on-the-fly? A respect for the rules lead Owlcat into some situations with Kingmaker that felt like would’ve been resolved with a human game master, not a game AI.