In this week's episode of She-Hulk, Jen headed to an old high school friend's wedding. Our heroine taking time out at the beginning of the episode to talk to Nikki about reuniting with her old friend, Lulu, had me wondering which celebrity Disney got to guest star. After Megan Thee Stallion, one of the most famous people on the planet, appeared earlier this season, all bets were off.

To my delight and surprise, they got Patti Harrison, one of the funniest people on the planet. Harrison is an incredibly gifted comedian, and a trailblazer, too; her work in Raya and the Last Dragon made her the first out trans woman to appear in a Disney animated film. I was first exposed to her comedy through I Think You Should Leave, SNL alum Tim Robinson's absurdist sketch show. Tim Robinson is also one of the funniest people on the planet, which makes it all the more remarkable that Harrison gets the most laughs in every sketch she's in.

As I was writing this, I rewatched the sketch Driver's Ed where Harrison plays a distracted driver in an instructional video. Tim Robinson plays the driving instructor and, before starting the video, he screams at his class, "I don't want any questions about the tables!" Then the video starts and Harrison is loading folding tables into the back of her van. She quickly notices that her tables are covered in dirt. 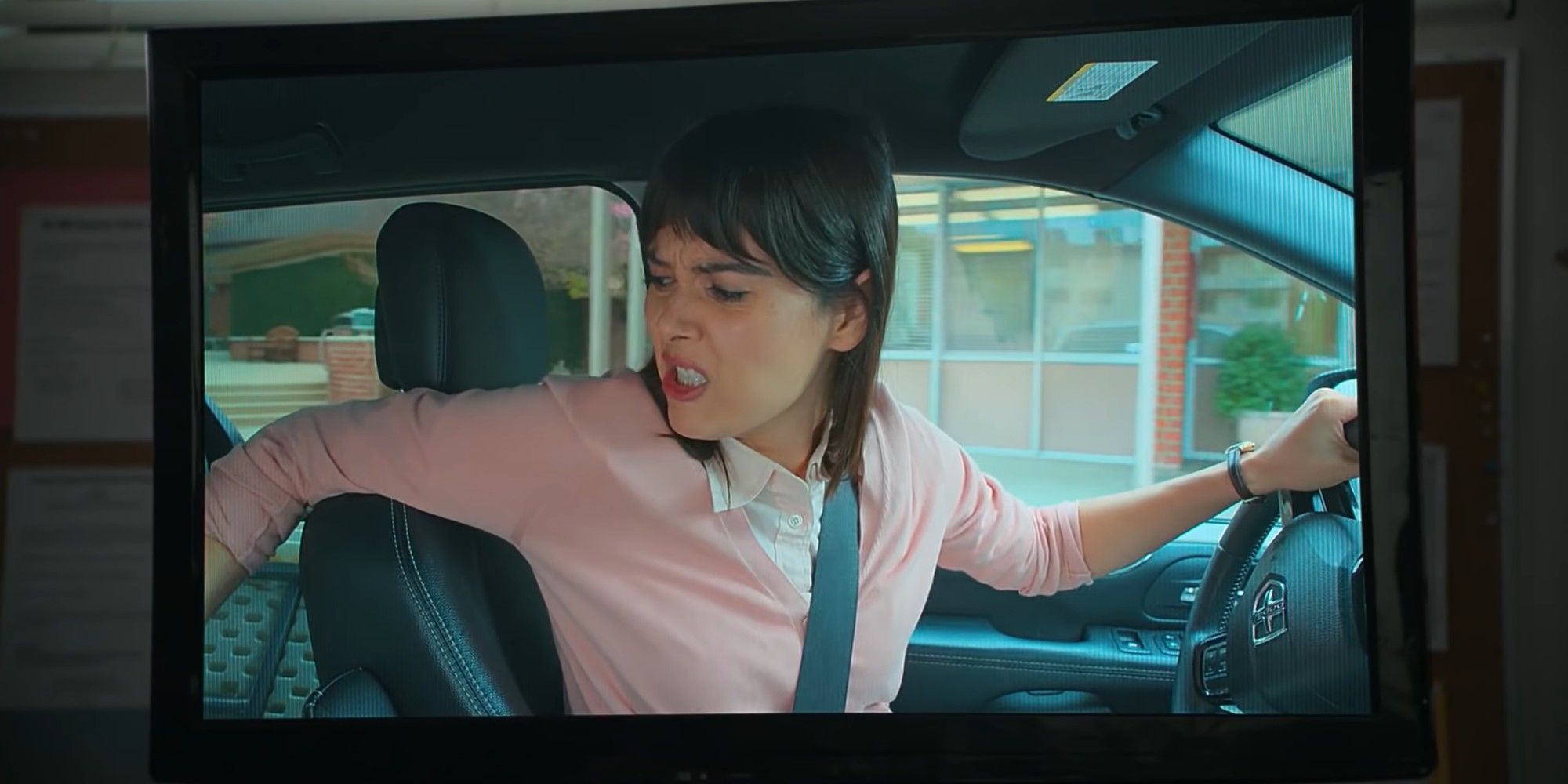 "What the hell did Eddie do to my table?" she whines. "It's so dirty!"

The video jumps forward to show her in the front seat of the car glaring back at the tables.

"What the heck? So dirty! These are my livelihood!"

Eventually, she's so distracted by the tables that she crashes her car and the video ends. Robinson's character asks the class if they have any questions, and they're all instantly fixated on what Harrison's table-centric job could possibly be.

It's a funny sketch on paper. But, Harrison delivers the lines with such off-the-wall comic energy that throwing it on instantly has me tearing up with laughter. The same is true of basically every sketch that she's in on ITYSL (especially The Capital Room where she plays an investor on a Shark Tank-like reality show with a ridiculous backstory). Harrison is a gifted performer and Robinson smartly uses her as much as possible in the sketches she's in. 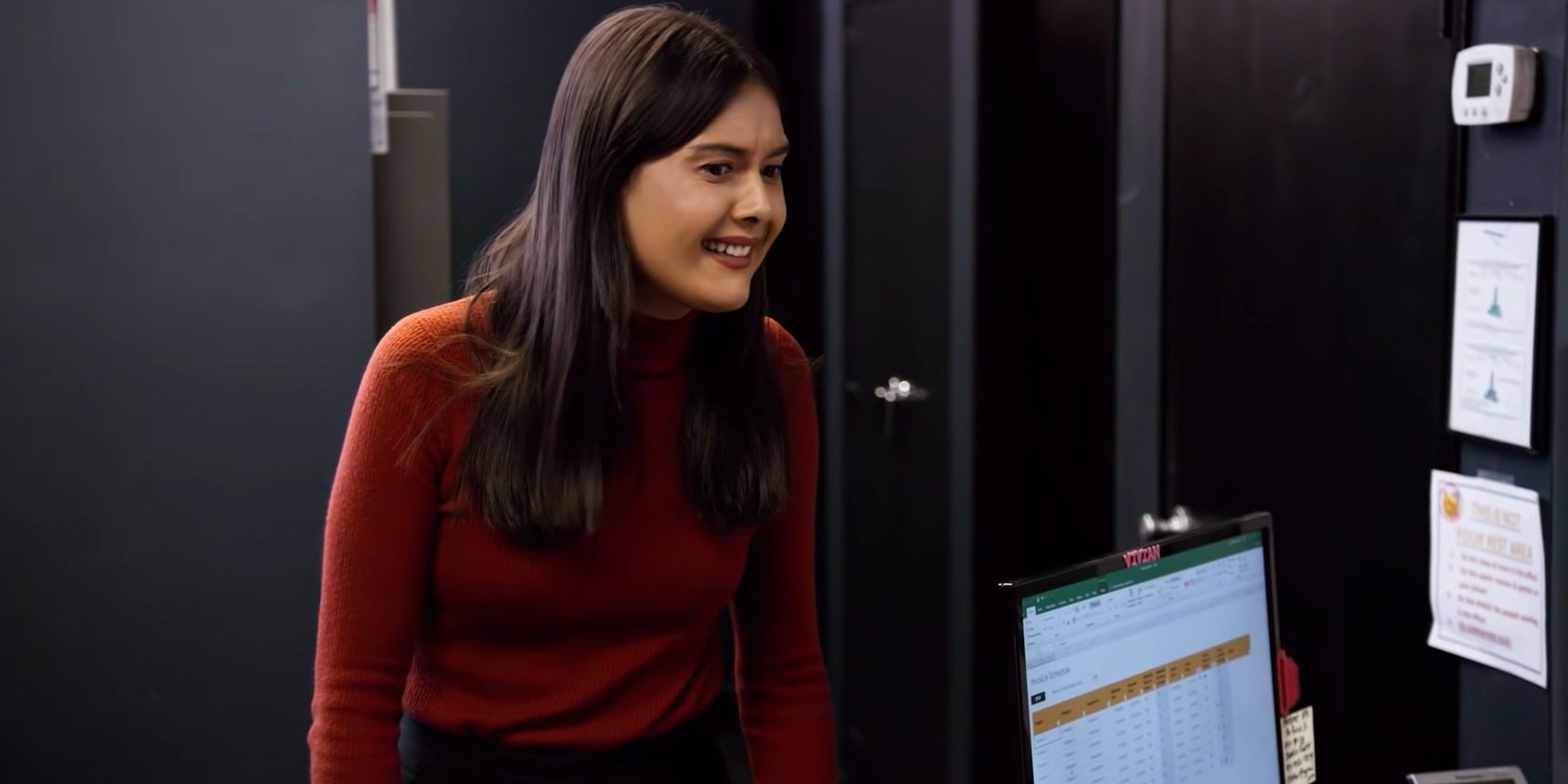 Even in smaller roles, though, Harrison is usually the best part of anything she's in. Though I'm actively rooting for the resurgence of the theatrically released romantic comedy, I wasn't a big fan of the Sandra Bullock-Channing Tatum two-hander The Lost City. Yet everytime Harrison was on screen as the social media manager for Bullock's romance novelist character, I was on the edge of my seat. In an early walk-and-talk between Bullock and Da'Vine Joy Randolph, Harrison gets us to laugh without saying a word, snapping random pictures of the back of Bullock's head, then scowling at her phone.

She also got the biggest laugh of the movie (for me at least) when Randolph asks her to distract her Nana so that she won't worry about Bullock's character, who has gone missing. Harrison does this by hurrying after the older woman and calling, "Nana, hey… slut. Let's go in the other room and talk about whatever war you lived through." Again, pretty funny on paper; completely elevated by Harrison's Goldblum-esque ability to completely sneak up on you with a line reading.

Similarly, She-Hulk often struggles to manage its blend of comedy and superheroics. But Harrison got a laugh out of me as soon as she spoke in this week's episode as the bride to be who is paranoid about being overshadowed. When one of her friends tells a hulked-out Jen, "Your ass looks crazy right now," Harrison interrupts, with off-handed spite, "Everybody has an ass." Her first line, and she's already funny!

Similarly, She-Hulk often struggles to manage its blend of comedy and superheroics. But Harrison got a laugh out of me as soon as she spoke in this week's episode as the bride to be who is paranoid about being overshadowed. When one of her friends tells a hulked-out Jen, "Your ass looks crazy right now," Harrison interrupts, with off-handed spite, "Everybody has an ass." Her first line, and she's already funny!

It's a shame that the theatrical comedy is all but dead because Harrison could easily lead her own Bridesmaids. She's one of the funniest people in the world, and it would be a shame if her career remains limited to supporting roles.

Though these days we don’t get many comedies in multiplexes, the few that do get financed often focus on giving voice to a community that has been underrepresented on screen. A few years ago, The Big Sick presented a lightly fictionalized version of Kumail Nanjiani’s life as a Pakistani-American immigrant who fell in love with a White woman. This year, Jo Koy’s Easter Sunday was one of the first Hollywood movies to focus on a Filipino American family. And the upcoming rom com Bros, starring Billy Eichner, is the first theatrically released Hollywood comedy to star an openly gay man. Though Harrison shouldn’t need to make a film specifically about her identity as a trans woman in order to get a leading role in a theatrical comedy, presenting a perspective that hasn’t been seen before at the studio level does seem to be one of the few successful paths to getting comedies financed in 2022.

However it happens, Patti Harrison deserves to be a star.