With PAX East right around the corner at the end of February, attendees will have the chance to play some of the most interesting up and coming games in development, and among them, Fallen Angel is a 2D hack-and-slash RPG featuring classic-looking pixel art and fast-paced action.

Inspired in theme by games like Bayonetta and Devil May Cry, players will take control of Lucifer in taking down a twisted, corrupt Heaven. The top-down action provides players with a complete view of the battleground, which is necessary to plan out one’s movement and plan of attack against a series of enemies that are immense in size and power. Trying to muscle through will only result in doom, and players need to consider their strategy if they want to come out on top. 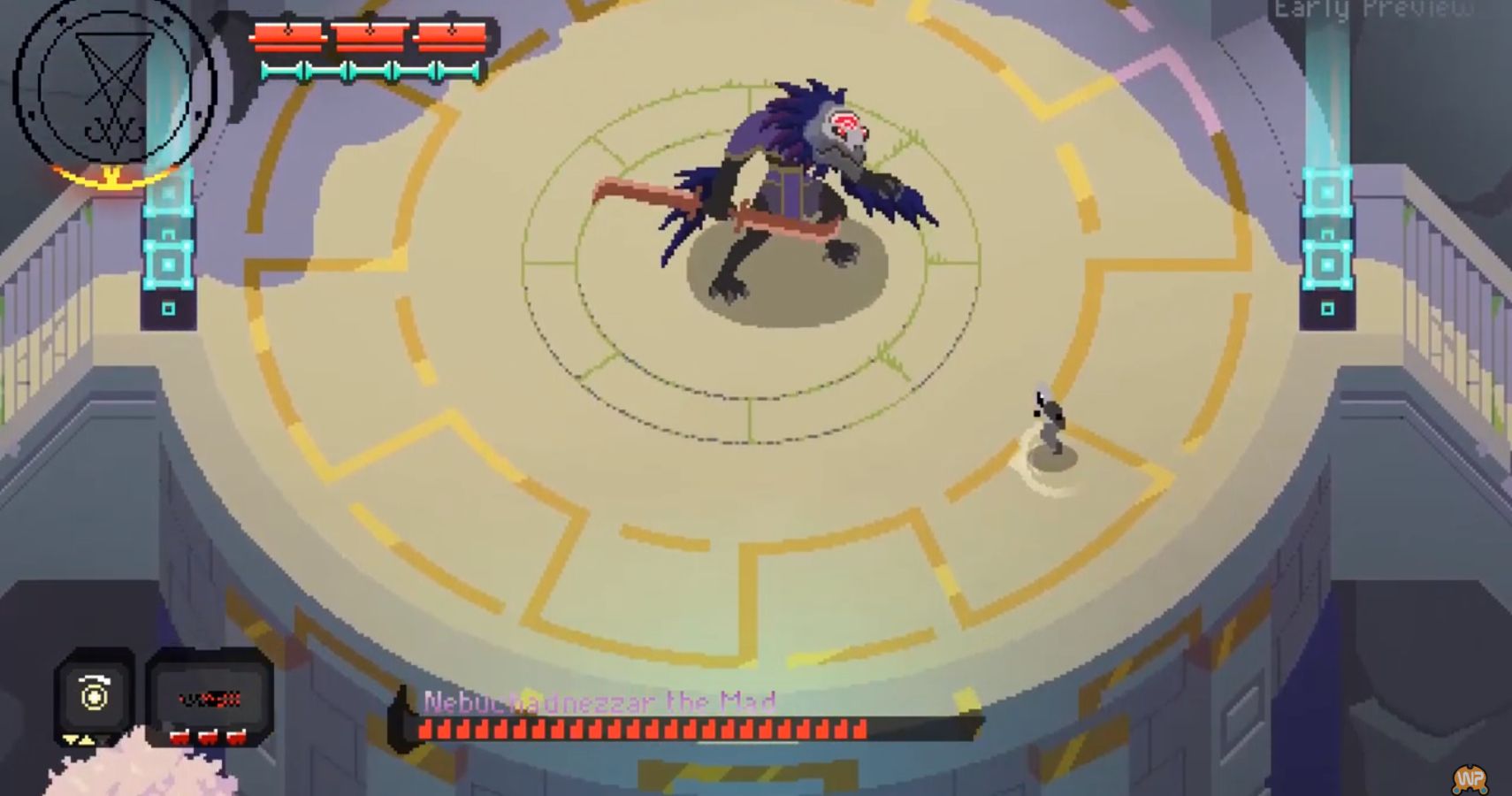 One thing that is difficult to gauge from both the gameplay trailer on Steam and the downloadable demo of an early test build is how difficult the game will be. At its core, the gameplay looks like any other hack and slash title, but there are also moments where Lucifer seems to take massive damage from the opponents, even the smaller ones that presumably should be weaker.

This may mean that Fallen Angel is more rogue-like than it first appears, or we may simply have been seeing the early test build that required some fine tuning.

Fallen Angel is expected to release in June of this year on Steam.