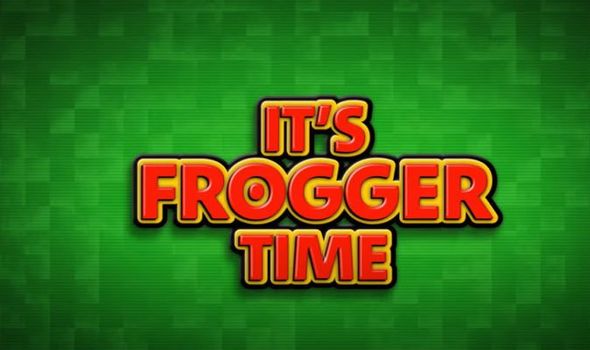 Peacock TV hasn’t arrived yet in the UK, but when it does, there’s a good chance you’ll be able to watch a live-action Frogger show.

The Frogger arcade game was first released in 1981 and has since reportedly sold over 20 million copies.

The concept was a simple mix of moving a frog from one end of the level to the other, with the biggest challenge being to reach the top of the screen within the time limit while also avoiding the many obstacles put in your way.

The simple yet addictive gameplay style has been copied many times over, with games like Crossy Road continuing the tradition on mobiles.

And now, in 2021, someone has decided to create a live-action Frogger experience. A new TV show is being released by NBCUniversal, which will pit real people against Frogger inspired obstacle courses.

The new Frogger show will offer a cash prize to those who prove themselves to be “America’s finest Frogger”.

Frogger will be making its American TV debut on September 9 via the Peacock streaming service.

Peacock TV is not yet available in the UK, and there is no word yet on whether Frogger will be part of the service.

But we do know that Peacock TV is coming to the UK during 2021 as part of a deal with Sky TV.

This means that NBCUniversal and Sky will make Peacock available at no additional cost to nearly 20 million Sky customers in Europe.

Ad-supported Peacock programming will be available to all Sky TV customers at no additional cost, bundled as part of the entertainment membership on NOW and Sky Ticket, and include hit shows like The Office, Rutherford Falls, Saved by the Bell, Equalizer, Young Rock, Kardashians, Suits, Downton Abbey, and more.

Comcast has also confirmed that Peacock will continue to enhance its catalogue of content, drawing on Peacock Originals and NBCUniversal’s iconic library of series and movies.

So it seems like there’s a good chance that Frogger will come to the UK in some form later this year.

Dana Strong, Group Chief Executive Officer of Sky, said, “Peacock will be a great addition for Sky customers with over 7,000 hours of content at no additional cost.

“This exceptional value add is another example of the great ways we are innovating to bring more benefits to our customers from the synergies across Sky, NBCUniversal, and Comcast Cable.”