Climbing the menacing tower of Tartarus in Persona 3 Portable will see you fighting through hordes of unique shadows. These manifestations of negative human emotion come in all shapes and sizes. Some are merely black blobs, while others take the form of a giant snake or a literal table. The one consistency between shadows is their iconic masks, indicating which Arcana a shadow belongs to.

With so many varieties of shadows to be discovered during the Dark Hour, certain enemy designs stand out. It’s great to see that Atlus put just as much effort into Shadow designs as they did with the various Personas you can fight with. 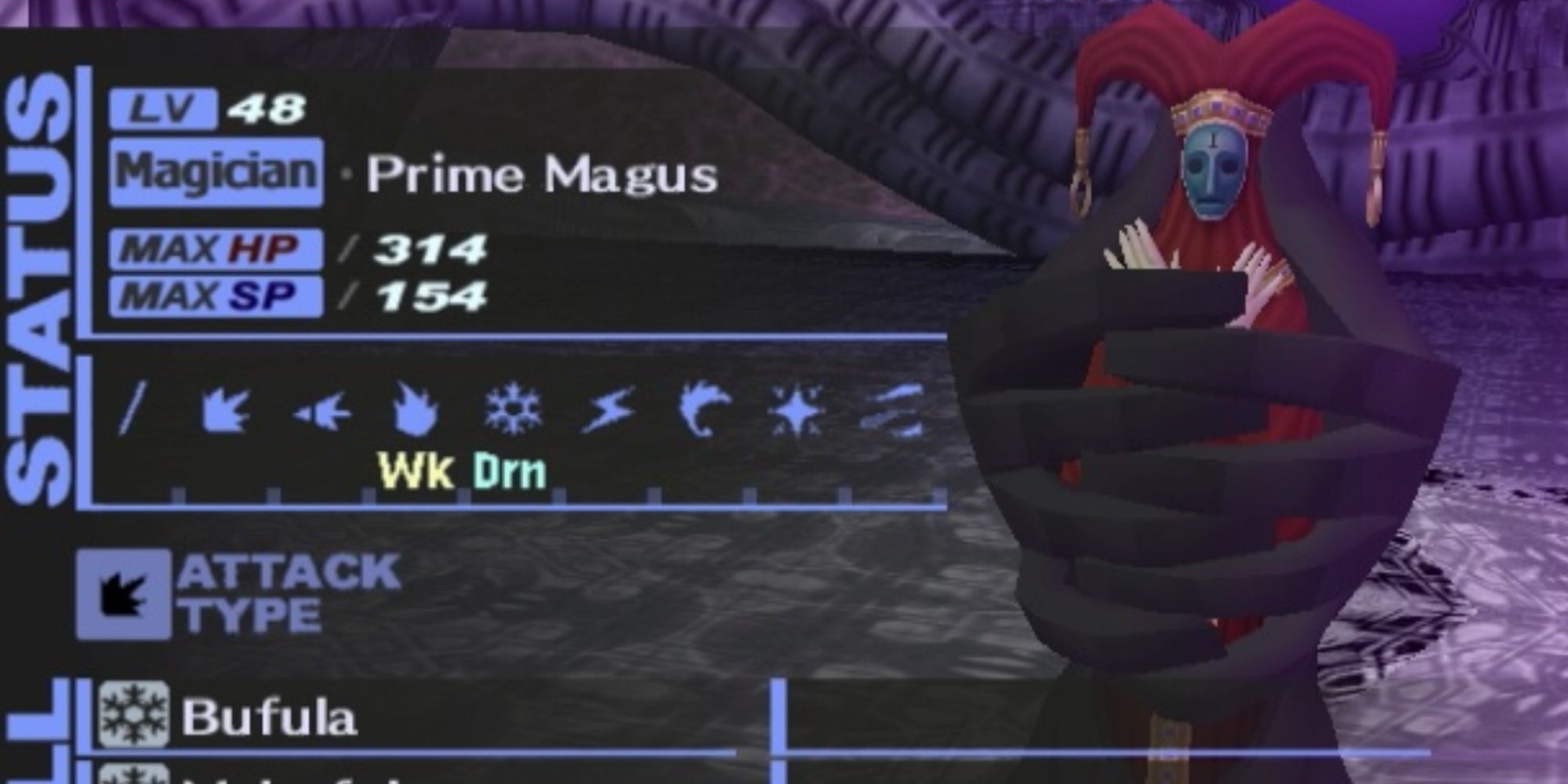 The Prime Magus takes the form of a mysterious magician robed in red and black. This color palette gives it a sinister appearance, and the claw-like tendrils that wrap around its body are reminiscent of a Venus flytrap ready to catch prey. The crossed hands of the Prime Magus are a nice touch. This innocent-looking gesture suggests a sense of defenselessness, yet they form a contrast with the foreboding claws that guard the body.

The whole design is a story of contrasts and subtly makes you question what’s going on behind the ominous pits of the mask. 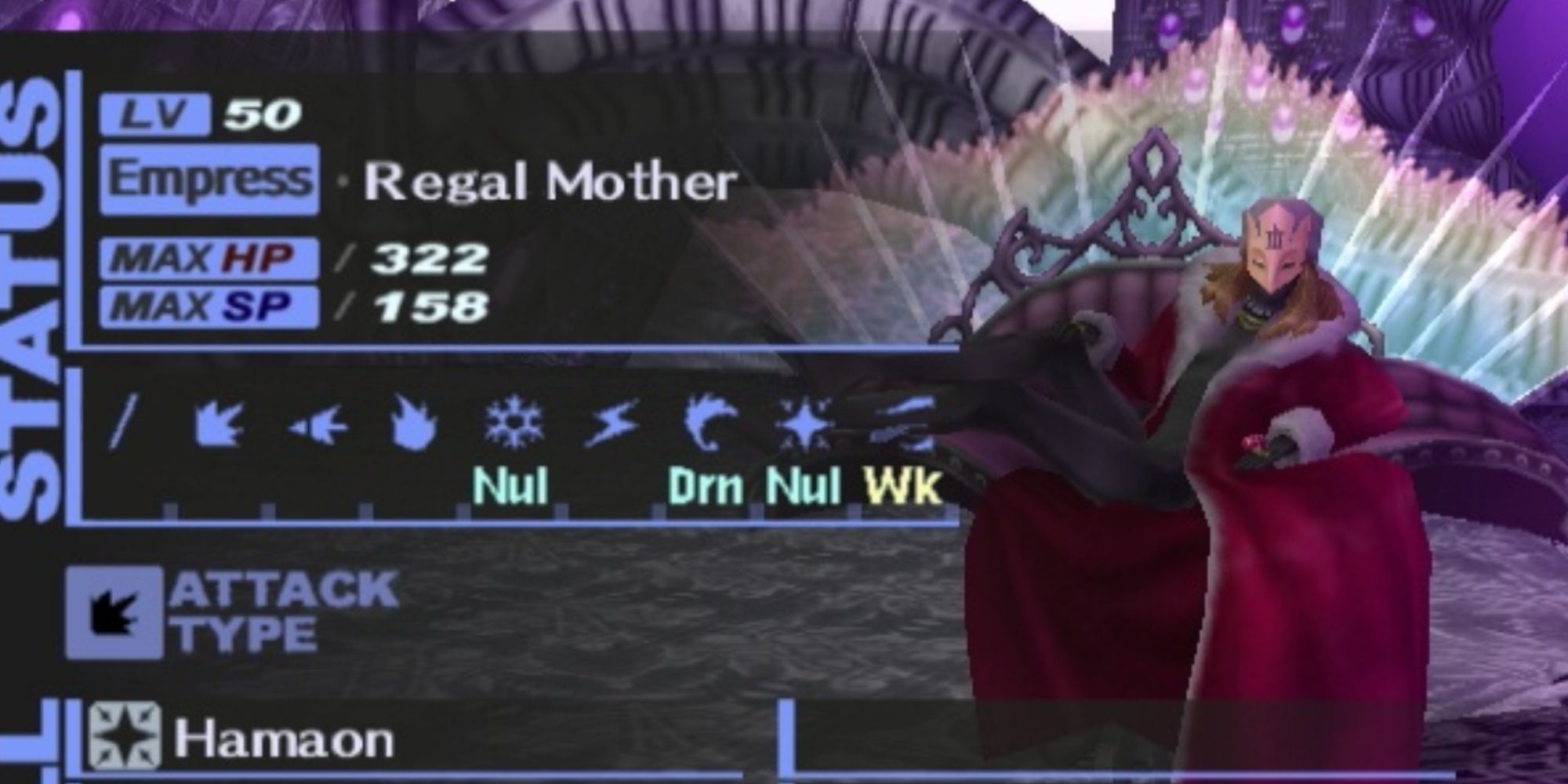 Regal Mother gives off a vibe of twisted royalty. It’s garbed in a flowing red cloak and adorns itself with jewelry. Even the mask forms a golden crown, complete with a condescending expression. Its sinister black body betrays its almost royal appearance and complements the arrogant pose the Regal Mother takes as it battles you.

The rainbow-hued backdrop of the Regal Mothers ‘throne’ adds a beautiful backdrop for the design. Yet despite its beauty, close observation will reveal that even this pleasant rainbow is composed of lethal spikes. The Regal Mother shows that a noble impression doesn’t equal noble actions. 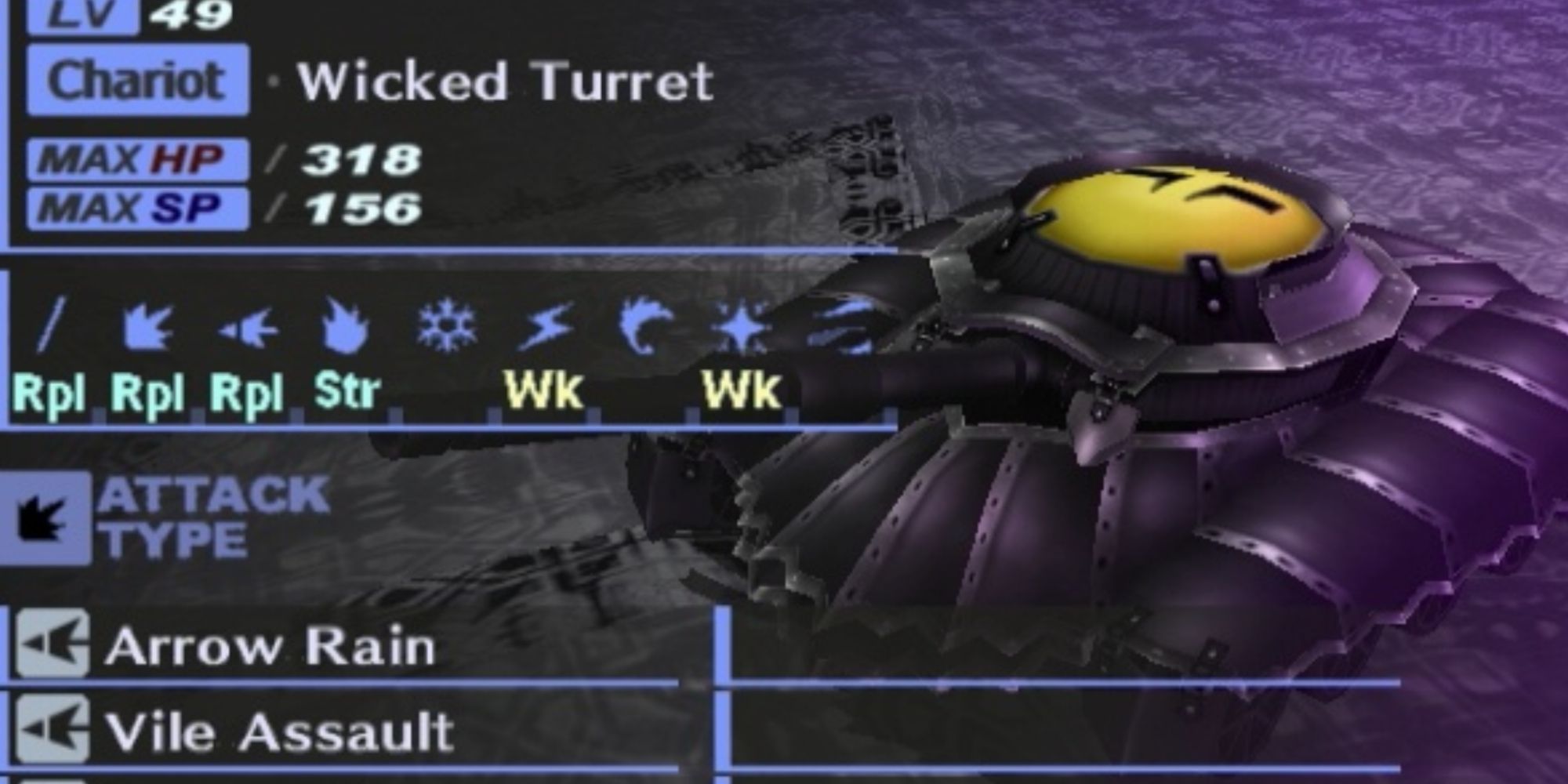 Despite its name, Wicket Turret does not take the form of your typical static emplacement. Welded steel plates form jagged edges, and they protect the long barrel of a heavy caliber tank gun. The idea of a living tank rolling out to blast you away is a cool design aesthetic. Another great detail is how the Wicket Turrets' appearance indicates its innate defenses.

All physical attacks are repelled off its gothic armor, and fire attacks will only fare a little better. Considering that it’s literally a tank, these strengths are likely a logical conclusion for you. It’s always nice when good design helps to inform your decisions without requiring explicit instructions. 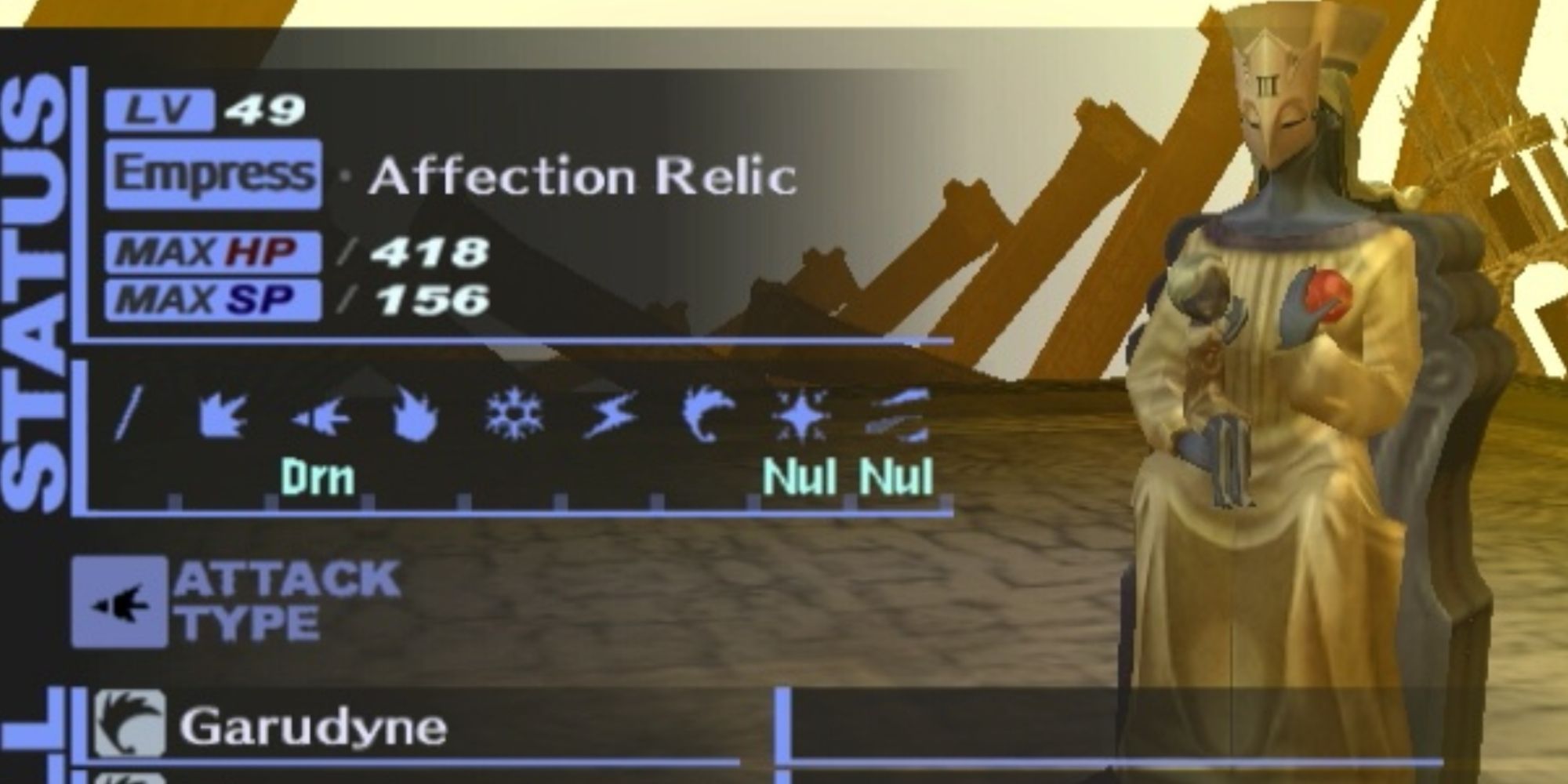 The Affection Relic takes the form of a stone statue. It’s very reminiscent of the grand statues of Pharaohs that loomed over ancient Egypt with their massive size. A key detail behind the Affection Relics name is what sits in its lap. One hand holds a hungry child with outstretched arms, and the other holds a bright red apple. This apple quickly draws your attention because its color contrasts everything else.

It may seem like the Affection Relic is feeding the child, but a closer look will make you realize that its left hand is withholding the apple. This important detail shows the real nature of the shadow, that behind its nurturing appearance lies a cruel truth. 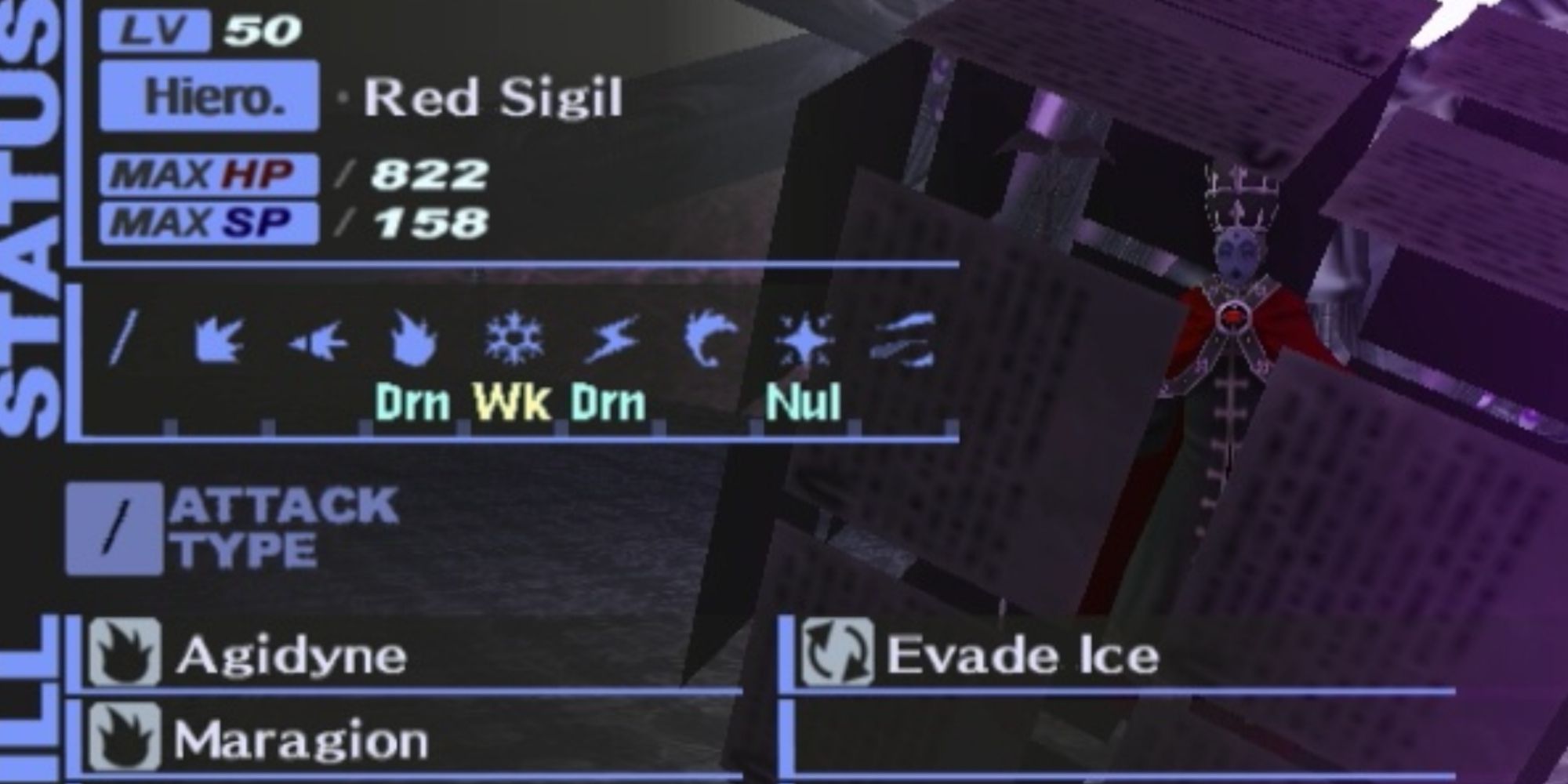 Red Sigil takes on the appearance of a medieval bishop surrounded by a floating set of manuscripts. When idle, the manuscripts are like a shield that protects Red Sigil. Their geometric formation forms a Rubik's cube that surrounds the otherwise unimposing figure inside. Only when Red Sigil attacks the papers surrounding it open and form an aggressive shape behind it.

If the design was the bishop figure alone, it likely would have been unexceptional. After all, there are plenty of games that already feature cloaked wizard-type enemies. However, the ‘shield and sword’ of floating paper set the Sigil-type shadows apart. 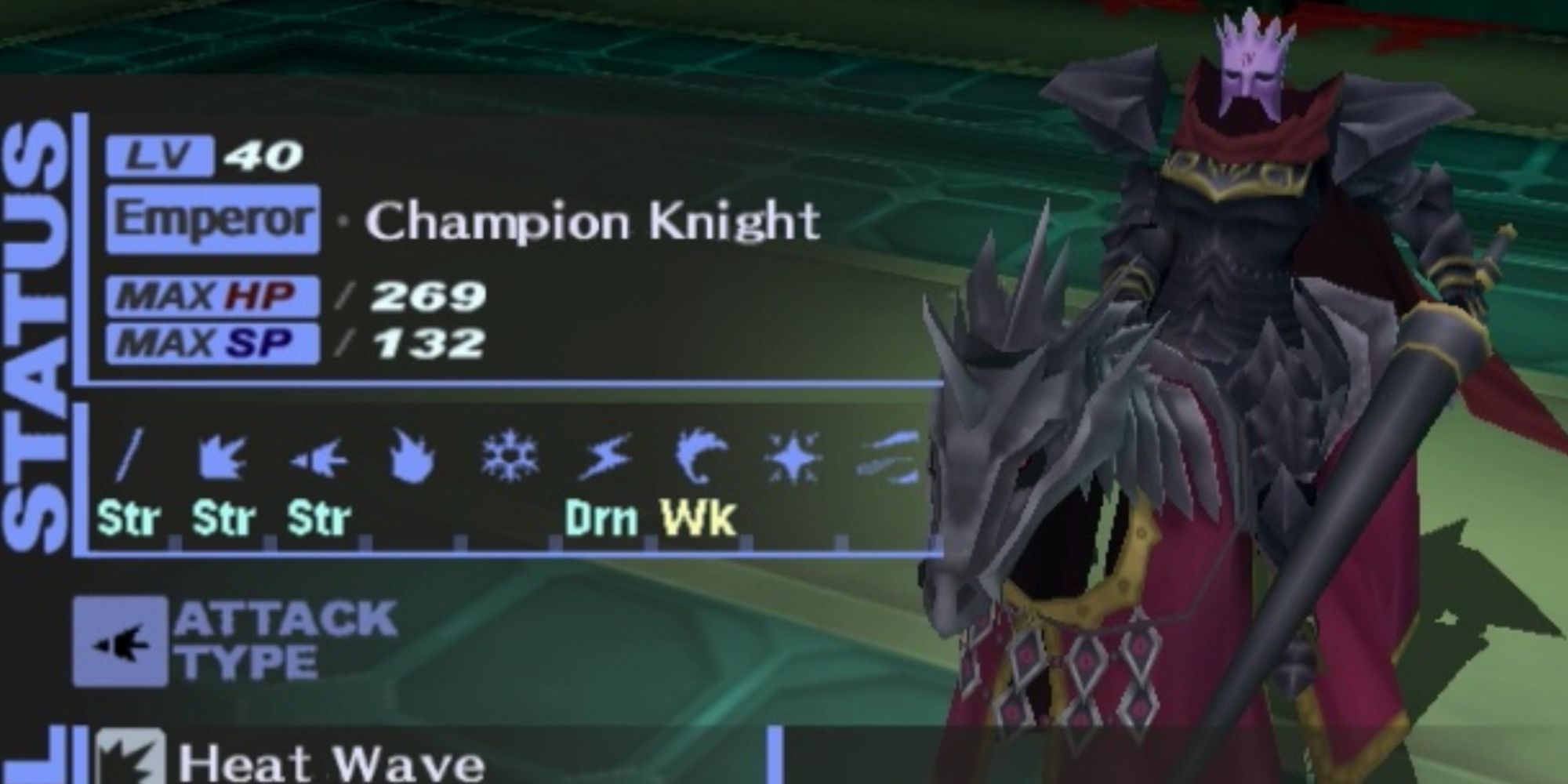 Champion Knight seems to be your typical-armored knight on a horse. However, when you realize that the entire shadow is hollow, the whole design becomes more interesting. There is no solid figure under the armor. The arms, mask, and even the ‘horse’ are just individual pieces of armor that float together.

The clever use of the cape to drape the ‘body’ of the horse gives it a sense of mass and helps to fill out the space of the Shadow. Despite the hollow nature of the Champion Knight, it’s no simple mannequin that can be pushed over. Its plated armor still makes it strong against all physical attacks. 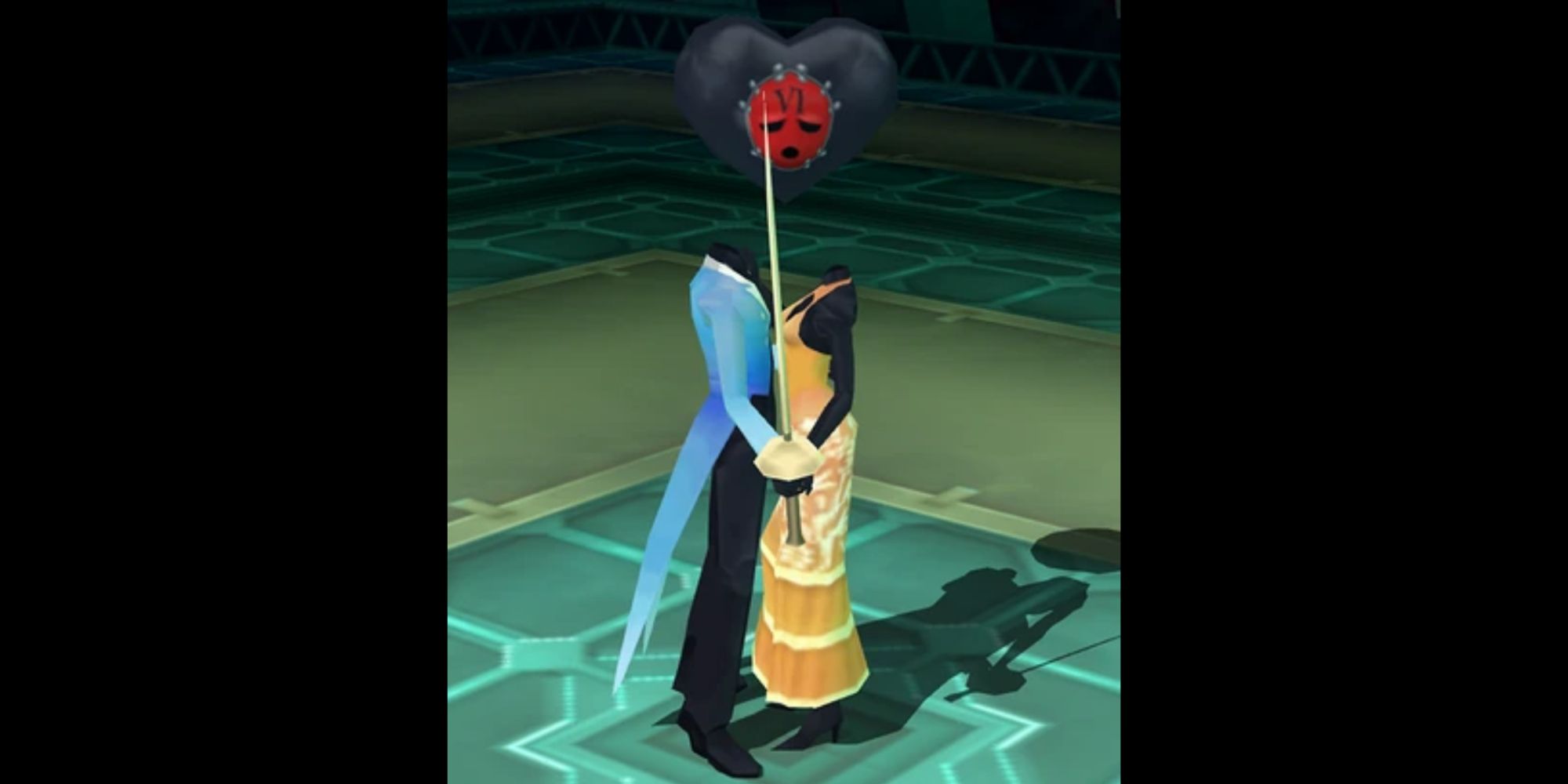 Arden Dancer has a fantastic design that will likely remind you of a particular Disney movie involving a misunderstood beast. With a blue coat and golden dress, the two dancers recreate the ballroom scene between Belle and the Beast. However, unlike the former Disney characters, these two dancers are bound together by a large sword.

Locked into a deadly dance, the Ardent Dancer combines lethality with grace. Unless you're adequately prepared, don’t expect your happy movie ending when facing off against this pair. 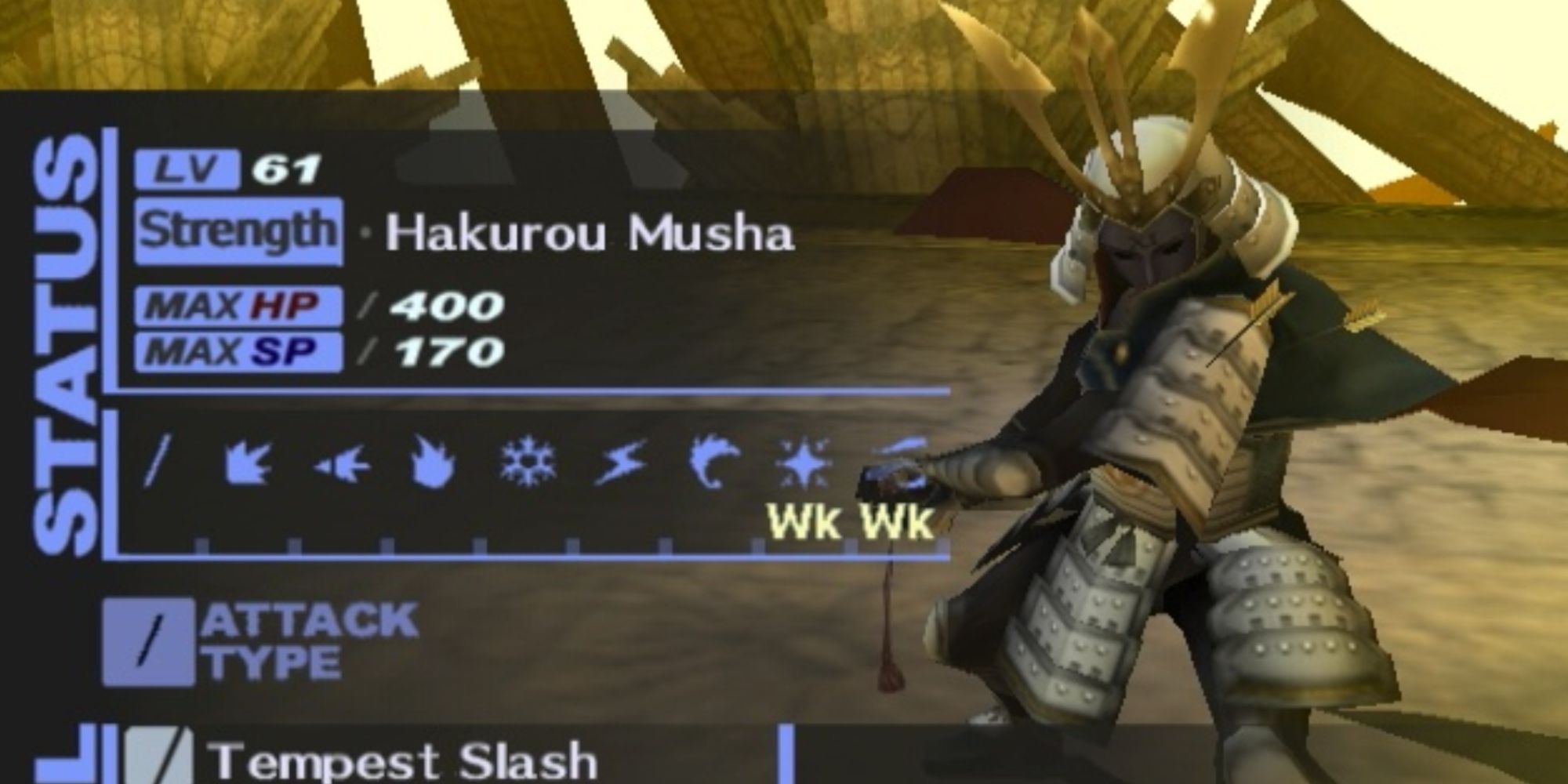 Hakurou Musha takes the form of a battle-weary samurai from medieval Japan. Arrows are embedded in its armor, yet the white-colored plates are free of any grime. The Shadow holds an offensive stance and appears to be ready to perform an attack with the Iaido form of martial arts. A form of martial arts that focuses on quick slashes performed by drawing the sword from its sheathe.

The golden headpiece is a great touch and gives you the impression that the Hakurou Musha is more than your average soldier.