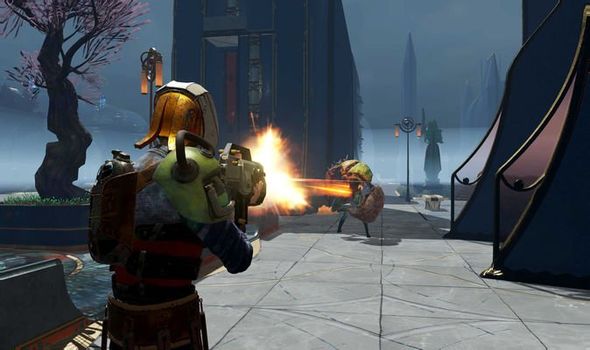 It won’t be long before turn-based gamers get to play Phoenix Point on PC.

The official release date has been set for this week and includes a big launch on the Epic Games Store and Microsoft’s PC Game Pass.

And the good news for fans is that we now know exactly when Phoenix Point will become playable.

But unfortunately for gamers hoping to dive straight into the action, there will be no chance to preload the game on PC.

WHEN IS THE PHOENIX POINT RELEASE DATE ON PC?

The Phoenix Point release date has been scheduled for Tuesday, December 3, 2019, on the Epic Games Store and Microsoft Game Pass.

The Epic Games Store will be one of the only places you can play Phoenix Point in 2019, with the Microsoft Game Pass the only other option.

However, it should be noted that a version of the game is coming to PS4 and Xbox One consoles in 2020.

The game itself will be receiving updates throughout this year, with developers Snapshot Games planning DLC launches in 2020.

And we also know exactly when Phoenix Point will become playable on PC, via the Epic Games Store.

According to the latest developer information, the Phonenix Point release time on Epic Games Store has been set for 7pm, GMT.

For gamers in the United States, it means the turn-based action will start at around 11am, PT.

The Microsoft Game Pass release time has not been confirmed at this time.

As mentioned above, there is no way to preload the game on your PC or laptop and those who have pre-purchased should have received their game codes.

Here’s more from Snapshot Games, who confirmed this before release:

“Emails containing your Phoenix Point keys for the Epic store were sent on Friday, November 29th from our [email protected] email, and will be sent again, today, Monday, December 2nd, to those who didn’t open their Friday emails.

“If you can’t find the email with your key, please double check your spam, junk and promotion folders before contacting us. 95% of our emails regarding missing keys are found in these folders; checking there first saves you (and us) time.

The Epic Store keys we send you are package keys. That means they unlock all of your entitlements including any DLCs or digital items included in your tier with a single key. If you’re one of the people who qualify for a free season pass, your key will unlock that too. No need for multiple key redemptions.

“Sometimes, you may have to close and restart the Epic Games Store launcher for newly purchased items to appear in your library.

“Purchases made directly via the Epic Games Store are added to your account automatically and do not require a key.”

Phoenix Point is releasing first on PC and Mac, with planned launches for Xbox One in Q1 2020 and PS4 later in 2020.

That suggests that the Xbox One version will be launching in the coming months, while the PS4 version will take longer to arrive.

Snapshot Games has also confirmed that Phoenix Point will be available to buy on Steam and other PC platforms in 2020.

Phoenix Point will come to Steam and GOG.com in late 2020/early 2021, according to the latest news on the subject.

And it wouldn’t be surprising to find out that the exclusivity period will last a year, meaning a launch around December 2020.