Pikmin 4 out in 2023 with major new gameplay shake-up 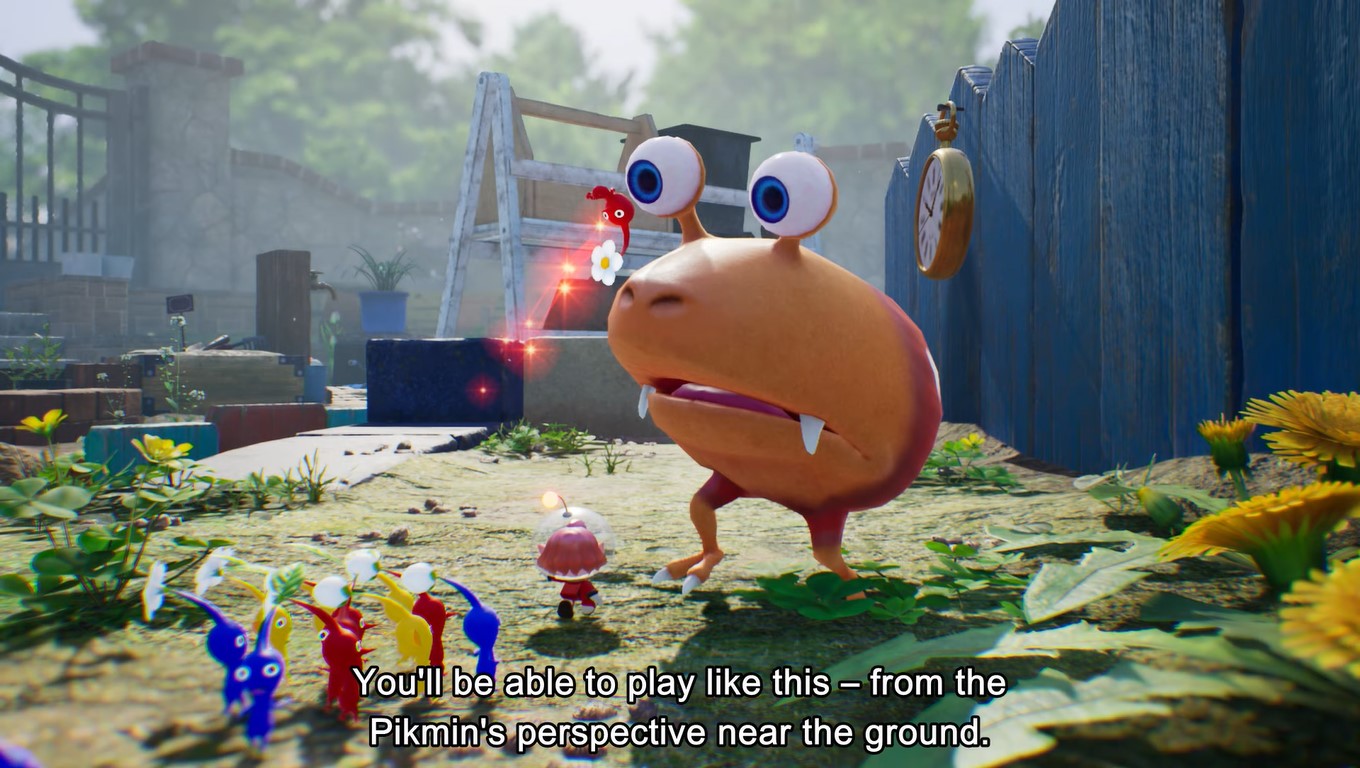 After many long years of promising a Pikmin 4 is on the way, no less than Shigeru Miyamoto has officially announced the game for 2023.

Mario and Zelda (and Pikmin) creator Shigeru Miyamoto makes increasingly rare appearances in Nintendo Direct livestreams nowadays, but he was part of the giant-sized one on Tuesday afternoon, when he turned up to say he wasn’t going to talk about the upcoming Super Mario animated movie.

He briefly mentioned the Super Nintendo World theme park in Hollywood, without going into any detail on it, before launching into a lengthy marketing pitch for smartphone game Pikmin Bloom – which has already been out for almost a year.

What he was really there to do though was announce Pikmin 4, which will be out at some point next year. Unfortunately though, there was no gameplay footage.

You did get a scene-setting cut scene though and a single screenshot that showed how the game is ditching its traditional overhead view in favour of a more over-the-shoulder camera angle, that’s closer to a pikmin’s view of the world.

Pikmin is essentially Nintendo’s take on real-time strategy games, hence the top-down viewpoint, but it’s not clear if that’s still the case. Either way, the change in camera suggests a significantly different style of gameplay.

That wouldn’t be the worst thing in the world as the last two sequels were a little too similar to each other and the series did seem as if it’s in need of a refresh.

There was no clue as to whether Pikmin 4 might be released before or after the recently named Zelda: Tears Of The Kingdom, but the lack of gameplay footage does suggest it’ll probably be later in the year.