Sony’s final PS4 State of Play conference is about to take place for 2019. PlayStation fans do not want to miss this.

Fans can tune in live on Facebook, YouTube and Twitch – or by clicking play on the video embed at the top of the page.

The news was announced over on the PlayStation Blog by Sony: “The year is almost over, but we’ve got one more State of Play to share with you! It airs Tuesday, 10th December at 2pm GMT / 3pm CET, and you can watch live on Twitch, YouTube and Facebook.

The only downside is that the big State of Play presentation won’t have any updates on the PS5.

“And it probably bears repeating: Don’t expect any updates related to our next-gen plans in this episode,” Sony confirmed.

But despite the lack of next-gen news, the next State of Play should be worth a watch, especially to find out what’s coming in 2020.

The latest reports suggest that we could see something on the Resident Evil 3 Remake.

The Capcom survival horror classic is being remade from the ground-up, similar to this year’s excellent Resident Evil 2 Remake.

It’s possible we’ll get a release date and gameplay footage, although it could just take the form a teaser ahead of The Game Awards.

Another game that will either be revealed during State of Play or at The Game Awards is Crash Bandicoot Worlds.

Rumours of a Crash Bandicoot Worlds reveal have gone into overdrive following a sudden social media campaign by publisher Activision. 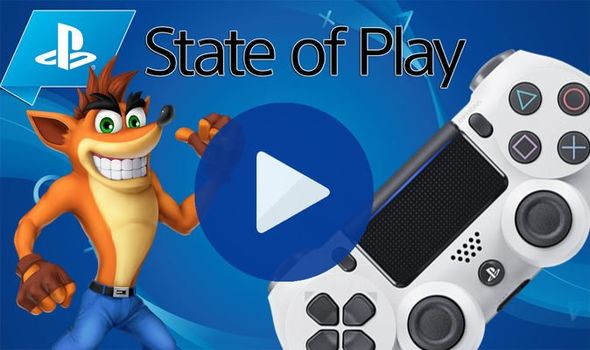 A number of high-profile influencers have been sent Crash Bandicoot Christmas trinkets ahead of the State of Play event.

It’s hardly proof that Crash Bandicoot Worlds will be revealed this week, but the timing does seem suspect.

The Ghosts of Tsushima playlist was recently updated on YouTube, around the same time the State of Play was announced.

Tune in at 2pm UK time on December 10 for updates and live coverage of the State of Play stream as it happens.