Ash Ketchum has acquired a new ally in the latest series of the Pokémon anime and it comes from Generation IV, hatching a Riolu and adding it to his team.

The latest series of the Pokémon anime has gone in a new direction with its story. Ash is now traveling the world with a companion named Go, which involves visiting all the known regions from the Pokémon video games. Ash is currently competing in the Pokémon World Championships, as he intends to defeat Leon from the Galar region.

Ash added a new Pokémon to his team in the twenty-first episode of the latest season of the anime. According to Bulbapedia, he is given an egg by Nurse Joy, which hatches into a Riolu. This Pokémon will almost certainly evolve into a Lucario, considering its popularity. An example of Lucario’s favor happened as recently as the 2020 Pokémon Of The Year contest held on Pokémon Day, when it was voted the second most popular in the series, behind Greninja. 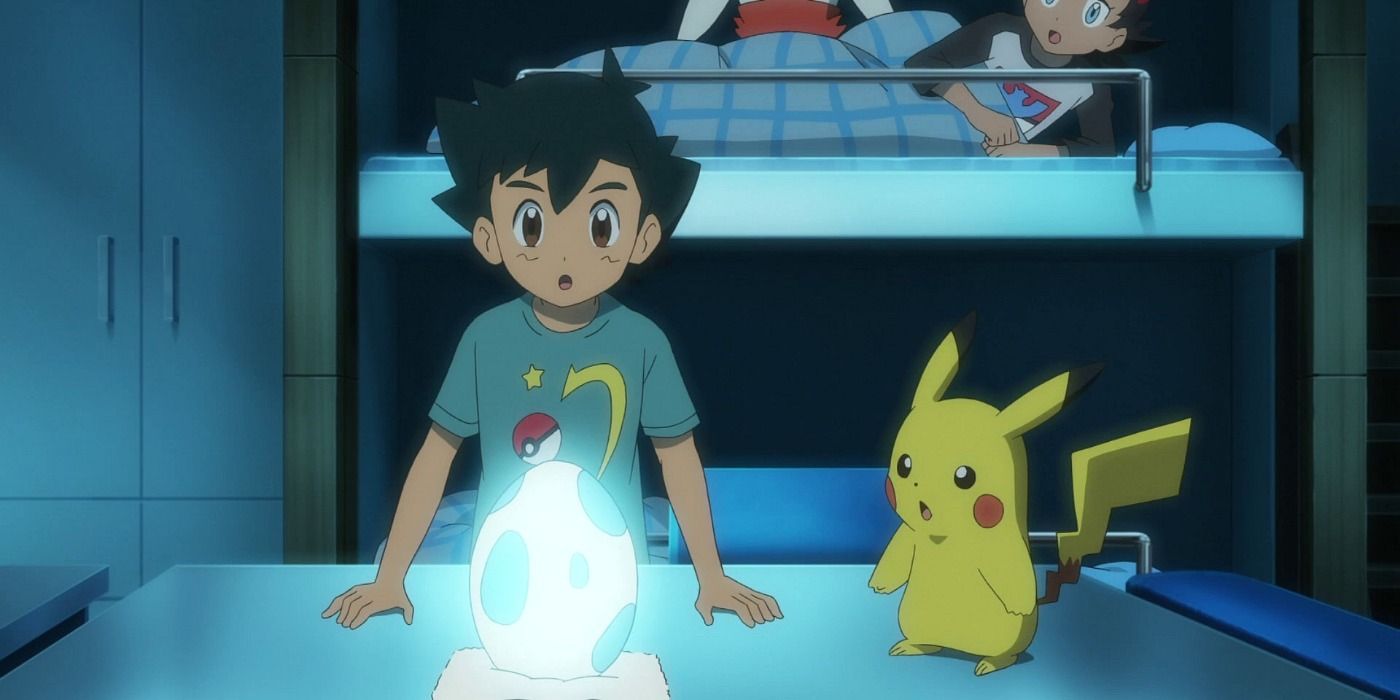 Ash has been building a team of Pokémon that are both powerful on the battlefield and popular with the fans. In the latest season of the anime, he caught a Dragonite and a Gengar. Ash still has his trusty Pikachu, of course, but even he gained an upgrade; His Pikachu now has access to a Gigantamax form.

Lucario is one of the most popular Pokémon in the series and it has maintained a position of strength in the competitive scene. It’s really starting to feel as if Ash Ketchum is going on one last adventure – and he’s assembling a killers row of the best Pokémon in the series to help him become a Pokémon Master. It’s an exciting time to be a long-time Pokémon fan. Those who watched the beginning of Ash’s adventures back in the late ’90s likely never thought that it would take this long to see the end of his journey, but it seems to be on the horizon. Seeing Ash finally accomplish his dreams will be incredibly cathartic to fans who remember his first stumbling steps into the Pokémon world.