Pokemon Brilliant Diamond & Shining Pearl takes players back to the sprawling land of Sinnoh. The basic beats will feel familiar to anyone who has played a Pokemon game. Travel from town to town, training your team and gathering eight badges. Stop a nefarious villain from doing something suitably nefarious. Challenge the Elite Four and become the Champion.

Even the Battle Tower, the focus of this guide, may be an unsurprising addition for some. Indeed, it's appeared in other recent games such as Pokemon Sword & Shield. But it was the original Diamond & Pearl, all the way back in 2006, that introduced the notion of a high-rise filled with high-stakes Pokemon matches, and developer ILCA has lovingly restored this old-school locale, adding a few modern bells and whistles for good measure.

How To Unlock The Battle Tower 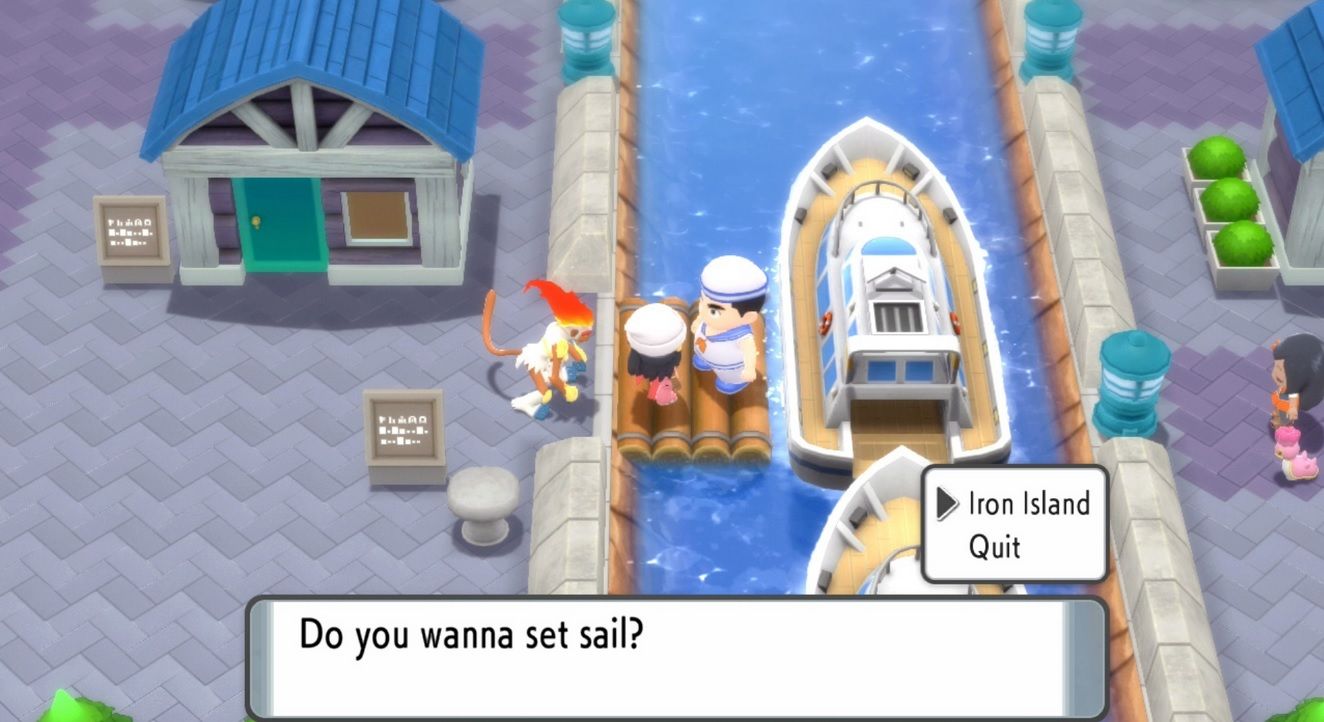 The Battle Tower's doors won't open to just anyone. You won't be able to get there until you've beaten the game, becoming Champion of the Sinnoh League (and dealing with some seriously trippy end-times goings-on along the way).

You'll also need the National Dex. Viewing each of the Sinnoh Dex's native 151 Pokemon is all it takes. And if that sounds like an ordeal, we promise it's reasonably painless so long as you know what to do. Which, as it happens, we can tell you.

Got the National Dex? Good. Fly to Snowpoint City. There, you'll find a sailor who's all too happy to take you to a brand new area filled with numerous routes and a certain towering structure. Take him up on his offer. Hop off the boat upon arrival and you'll soon see the Battle Tower right in front of you. 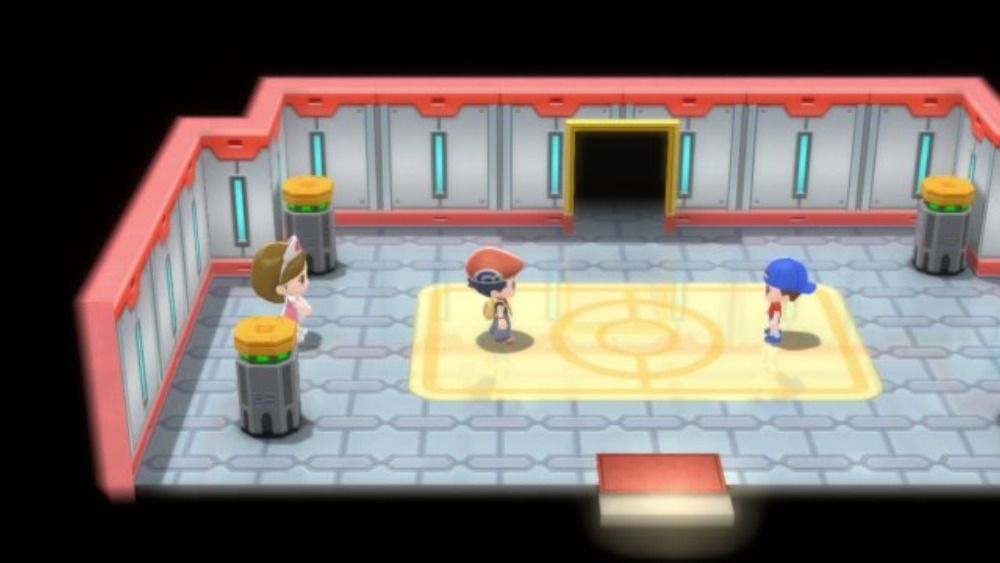 In the Battle Tower, you'll challenge many NPCs in consecutive battles where all Pokemon are always level 50 to help even the playing field. Stats are adjusted accordingly, so even if you should happen to stroll on in with a Level 100 party, expect them to have their super-powered enthusiasm dutifully curbed.

Battles come in two primary flavors: Single and Double. In Single Battles, you can also bring three Pokemon along for the adventure. Doubles up the roster to four.

It's worth noting that some legendary Pokemon cannot be entered into fights here. Yes, this means easy-peasy victories are (somewhat) off the table. It wouldn't be much of a competition if folks were allowed to invite cranky ol' Mewtwo to the festivities.

Here's a list of everyone who you can't register:

There are plenty of eyebrow-raising exceptions to these stipulations. Pokemon like the legendary bird trio, the legendary dog trio, the Regis, and Heatran are all viable options. In many cases, this is because their stat totals and move pool considerations aren't quite as impressive as the poor banned folks above. Mew, Jirachi, and Manaphy don't exactly break the barrier on stats, but their versatility alone is lethal enough.

How To Challenge The Battle Tower 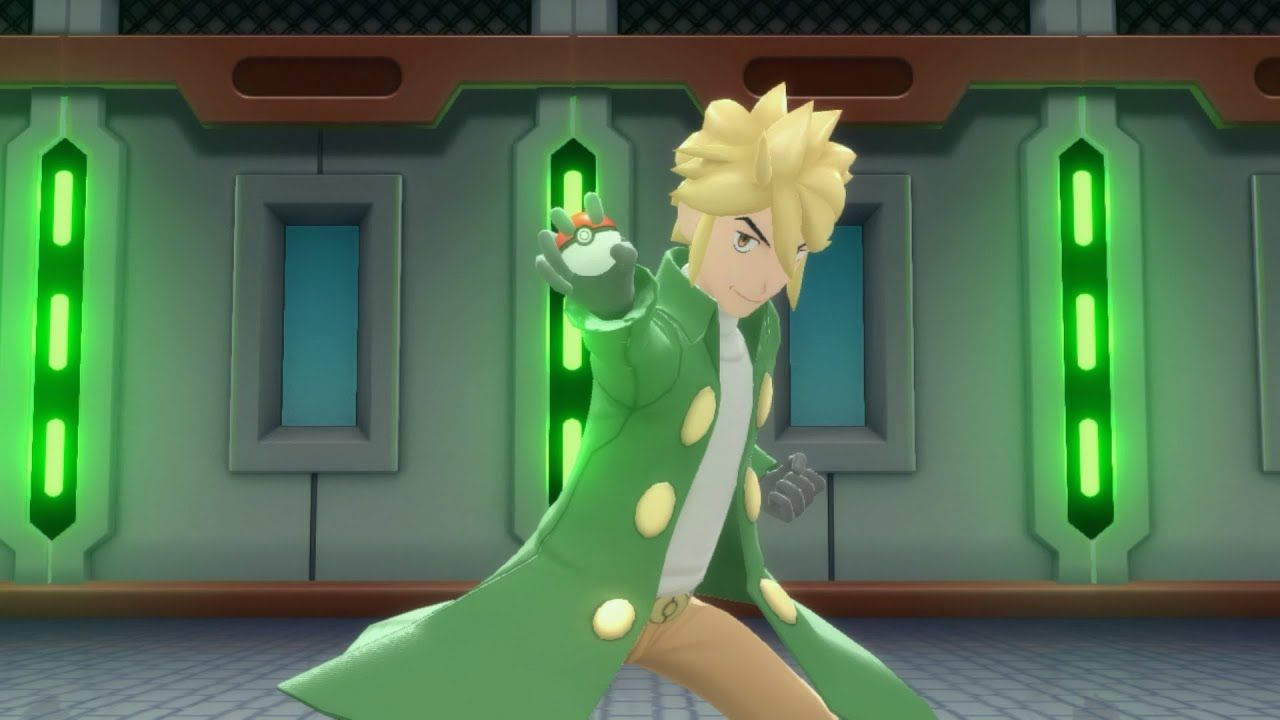 There are plenty of NPCs at the Battle Tower. Your first trip might feel a tad overwhelming, but you'll get the hang of things quickly enough. To begin a Battle Tower challenge, speak with the woman at the center counter in the main hall.

You'll then have the option of engaging in Single or Double battles. These have separate records, and it's important to tackle them both. Either way, the overall format remains the same; seven opponents line up to face you, and your goal is to beat them all.

Once you've done so, the Battle Tower records your progress as seven straight wins. Ultimately, the aim of the game here is to forge an impressive win streak. Naturally, this streak will come in strings of seven – 14, 21, 28, and so forth. Lose any battle along the way and you're back to square one. Also, tougher opponents await you at each tier.

Players who achieve a winning streak of 49 are automatically entered into something called the Master Class. This is, as the name implies, a more elite tier of trainers with fully-evolved Pokemon and even some legendary surprises of their own.

During your 21st and 49th fights in the lead-up to reaching the Master Class, you will encounter a fellow named Palmer who happens to have fathered our very own rival, Barry. His teams can sweep the unsuspecting duelist, so we'll list them here for your convenience. (And remember, every Battle Tower competitor's team, including Palmer's and your own, will always be level 50.)

How exactly Palmer has managed to clone legendaries is beyond the scope of our knowledge, but don't be shocked to find Master Class trainers who have accomplished that self-same feat. 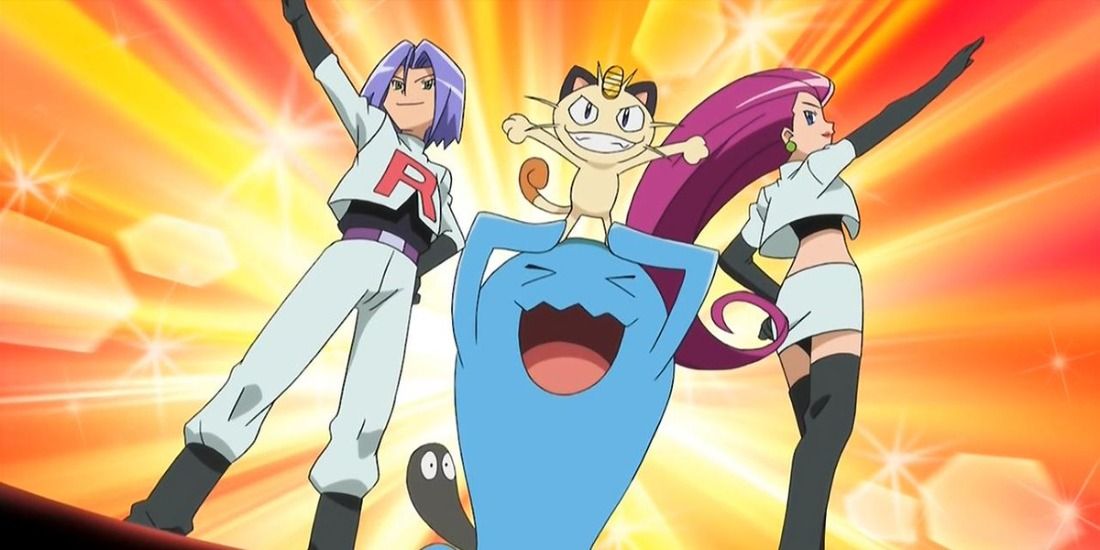 While the Battle Tower challenge can be fun in its own right, most players are here for the rewards. We've also got a little Meowth in us, after all, and the Battle Tower's prizes are among the very best in Pokemon BDSP.

The treasures at the Battle Tower can't be obtained via conventional cash. Instead, a unique type of currency called Battle Points is needed. As you may have already surmised, Battle Points are earned through taking on the trainers here.

In the normal tier, you earn as much as three BP every seven consecutive fights. Both times you face off against Palmer, 20 BP is earned instead. Very nice.

After you have ascended to the Master Class, a minimum of 12 BP is earned each time. As a lovely bonus, rare items can be acquired at random in-between bouts.

The Exchange Service Corner is your destination once you've racked up a solid bit of BP. From Rare Candy and Vitamins to Held Items, TMs, and Mints, this place has it all.

Many players with a keen eye toward taking part in online battling will want to spend lots of time here at the Battle Tower beforehand. Competitive Pokemon fights are serious business, and those who strive for the top of the pecking order cannot afford to go to war without every possible advantage.

Some of those advantages involve studying match-ups for hours upon hours, but other aspects are simple as grabbing that perfect Choice Scarf for your EV-trained Charizard pal.