The human denizens of the Pokemon world are nature-loving geniuses worthy of our admiration. They harness wind and solar energy to fuel their everyday needs. They live in harmony with a bunch of cute creatures and instead of launching drones into the air and tapping into satellite surveillance networks, they lure rare Pokemon with totally "cottagecore" tricks of the trade like slathering tree bark with honey and hoping for the best.

At least, that's what they do in Sinnoh. This means you'll be doing it, too, in Pokemon Brilliant Diamond & Shining Pearl.

So, what's the deal with all this honey? Why go around slathering it on Sinnoh's 21 golden trees? Well, let me ask you this — do you want to be the very best? Like no one ever was? Then you're going to need to catch every Pokemon you can. And some Pokemon cannot be found save for this slathering ceremony of sorts, so buckle up, grab a jar, and we'll tell you where to go.

Where to Find Honey 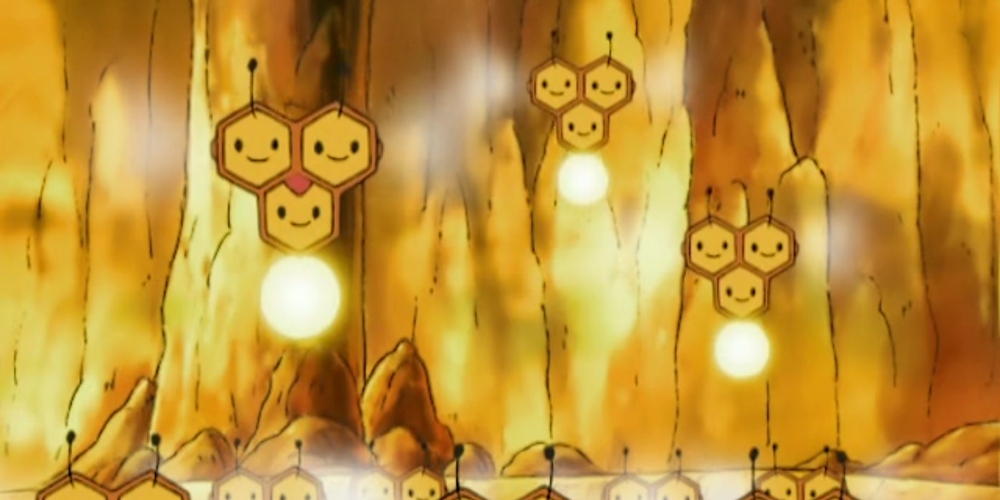 Of course, you can't very well slather honey all over a tree if you're lacking in the operative object. You'll receive your first jar automatically from an NPC in Floaroma Town after you've dealt with a pair of not-so-tough Team Galactic goons.

From this point forward, you can purchase more Honey from him either one at a time or in batches of a dozen. We recommend dropping some cash on several dozen jars. It's worth the small investment.

If you have a Combee in your party, their Honey Gather ability can save you some coin with a random chance of finding one after every battle. It's a great secondary method, but we wouldn't suggest grinding endlessly in the hopes of avoiding paying a dime; time is money, as they say, and you'd be grinding for hours.

How to Use Honey 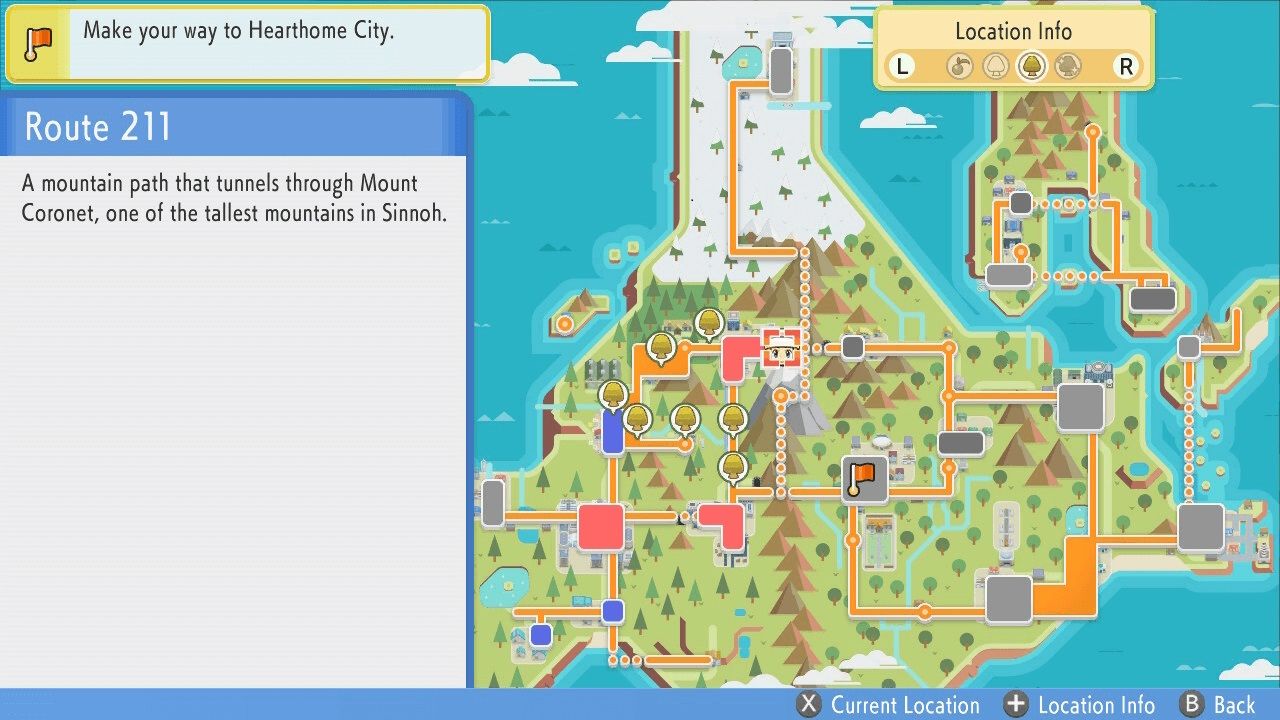 Once you've got yourself a nice stock, you're going to want to fly around Sinnoh, searching for the 21 golden trees. This isn't as hard as it sounds.

Open up your map and press the "+" button. The screen will show you, in addition to several other things, the location of every honey tree you've encountered. Taps of "L" and "R" will cycle between trees that are slathered in honey (gold-shaded) and trees that aren't (white-shaded). Amazingly, your map will even let you know if you've successfully attracted a Pokemon by adding some stylish sparkles to the gold-shaded spots.

Every time you slather a tree, it's a six-hour wait before a Pokemon has a chance to appear. That's six real-world hours, hence why it's a good idea to do as many in one run as possible, then fly back to wherever something's waiting for you. You should also be aware that trees lose their honeyed status after 24 real-world hours, so try not to dawdle.

Of course, all of this is based on you having access to the Fly HM as well as prior encounters with at least a few of these trees. If you're just now exiting Floaroma, you're going to bump into a few golden trees right nearby, and you'll chance upon several more before flying is made available.

Many players elect to ignore honey trees altogether until flight makes revisiting past locations far less of a hassle, but there's nothing stopping you from slathering a few trees, moving forward with your adventure, and backtracking accordingly. Or, if you're going to be away from your Switch for at least six hours and you happen to have saved your game near a tree? Why not, right? The choice is yours.

What Pokemon appear in honey trees?

We've compiled a list of Pokemon whose love for honey eclipses their need for freedom.

As you can see, several of these are nothing to write home about. Finding a Wurmple in a honey tree is not unlike finding a light bulb in a lamp.

But there are some good ones here. Combee, Burmy, and Heracross cannot be found anyplace else in the game. Munchlax can be found elsewhere, but only in Pokemon Hideaways with the Defog HM at your side.

Combee evolves into the powerful Vespiquen (though only if female!), and Burmy can become either Mothim or Wormadam. Heracross has no evolutions but has long been heralded as one of the best Bug-type Pokemon in the series. And having an early-game Munchlax means traipsing about with a Snorlax soon enough. Snorlax makes for one heck of a good wall in case you need time during a tough fight to heal up your attackers.

Honey trees can seem like a hassle, but ultimately they're simply one more quirky and fun gameplay mechanic in the wonderfully diverse Pokemon Brilliant Diamond & Shining Pearl. Professor Rowan and your proud mother might not have mentioned the young trainer's coming-of-age journey would include smearing syrup on tree bark a bunch of times, but that's the Pokemon world for you.