Niantic is testing a new feature that allows trainers to check which Pokemon might hatch from certain eggs.

Pokemon Go isn’t all about catching ’em all. You also have to hatch some of ’em from the game’s eggs. That can be fun at first but soon wears thin after walking hundreds of kilometers just to hatch an army of Pidgey and Starly. Deciding the order in which you hatch your eggs might well be about to change. Niantic has started to roll out a feature allowing trainers to see what Pokemon might be incubating inside.

The feature is only available to a few trainers right now, but will likely be rolled out to everyone else in the coming days and weeks. As you can see in the screenshot below, clicking on an egg brings up a screen detailing a list of Pokemon that can potentially hatch from it. The list also includes a rough guide as to the likelihood of what will hatch from that egg. 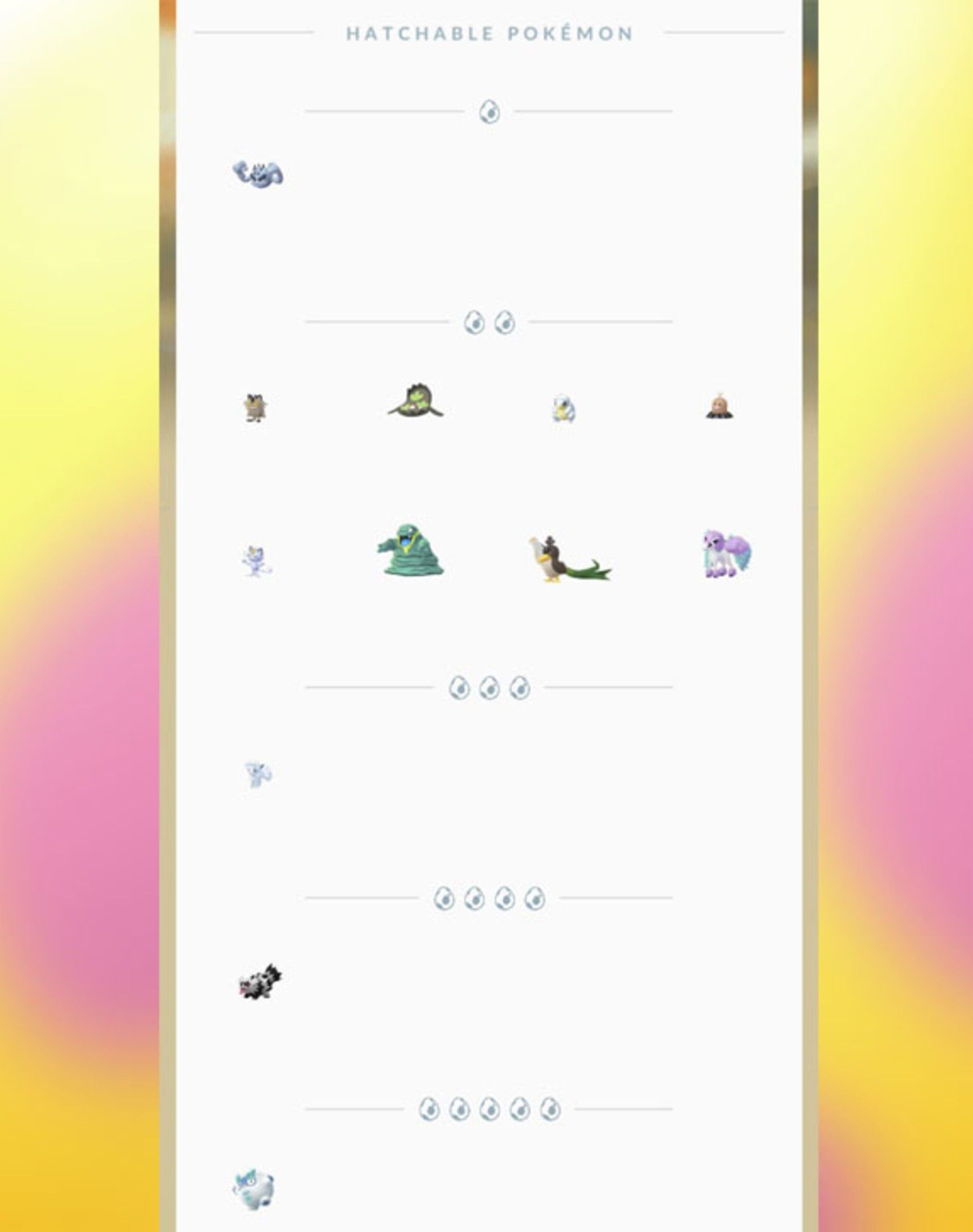 The most likely Pokemon to hatch fall into the one-egg category, all the way up to the least likely at five eggs. The system does not reveal information on how likely you are to hatch a shiny variant of any of the Pokemon listed. It also doesn’t include an exact probability, something Niantic and Pokemon Go have come under fire for in the past.

Rough estimates of hatch rate probabilities can be found at TheSilphRoad. However, trainers have been asking and even petitioning for official hatch rates to be included in-game. That lobbying reached a fever pitch when trainers figured out the odds of hatching a shiny Deino were basically zero. Pokemon Go has even been lumped into the eternal loot box argument by some, as its eggs effectively fall under that definition. While eggs cannot be bought, incubators can which allow trainers to hatch eggs at a faster rate.

The loot box argument is not one Niantic will want Pokemon Go to become a bigger part of. Just this week a potential reform came one step closer to becoming law in Germany which would mean games featuring loot boxes will have to carry an 18+ rating. Should that happen, it’s unclear how or if Pokemon Go would be affected. Since it’s on mobile and could argue eggs aren’t loot boxes, it could swerve the potential new law.

NEXT: “PlayStation Presents” Focused On FF7 Remake And Resident Evil Coming This Month