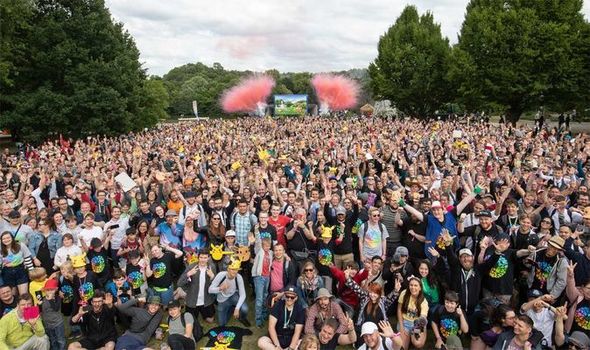 New Pokemon Go Safari Zone events are being planned for 2020 alongside some popular returning venues. Niantic broke the news today, revealing its plans to host new events in locations like Liverpool in the UK, and St. Louis in the United States. And it won’t just be Pokemon fans who enjoy new chances of joining in the fun, with Ingress and Wizards Unite also being supported with new events.

These new interactive experiences will be unique to each game and will be hosted in all-new locations around the world.

According to Niantic, Liverpool, Philadelphia and St. Louis were hand-picked following their submission to #NianticLive2020 which invited cities and local governments around the world to apply to host large-scale real-world game events in 2020.

Niantic’s initial lineup of 2020 live events is also expected to include places like Chicago, which became the first major Pokemon Go live event in 2017.

The new lineup for Pokemon Go in 2020 includes:

“Niantic’s large-scale real-world events have had a true and clear positive economic impact on tourism, bringing people from around the world together for a weekend of adventure.

“We were incredibly impressed by the number and quality of entries in the #NianticLive2020 program and, as a result, are excited to announce the addition of Liverpool, Philadelphia, and St. Louis to our live events schedule in 2020.”

Niantic has also been quick to highlight the positive benefits these live events have had on the cities that host them.

According to the company, an estimated $249 million in tourism revenue was generated across locations like Chicago, Montréal, and Dortmund in 2019.

Information for the new Wizards United and Ingress events can be found below, although there isn’t much available yet for Harry Potter fans:

Agents around the world will be able to experience an all-new live event structure in Ingress taking place throughout the first-half of the year and across the globe including: