Pokemon Scarlet and Violet both bring their unique difference to the franchise; however, some things never change. Since the series' beginning in 1996, loyal fans around the world have kept some of their traditions the same. Although, Scarlet and Violet add a new depth to the beloved Pokemon storyline with character customization, RPG-style exploration, and more.

Whether you choose to be a studious pupil or help your classmates on their adventure, there is something for everyone in both of these releases. Scarlet and Violet offer endless hours of traversing around Paldea, and as a dutiful trainer, you’ve figured out the ins and outs of how to make the most of your gameplay while trying to be the very best.

10/10 Organize Boxes According To Types 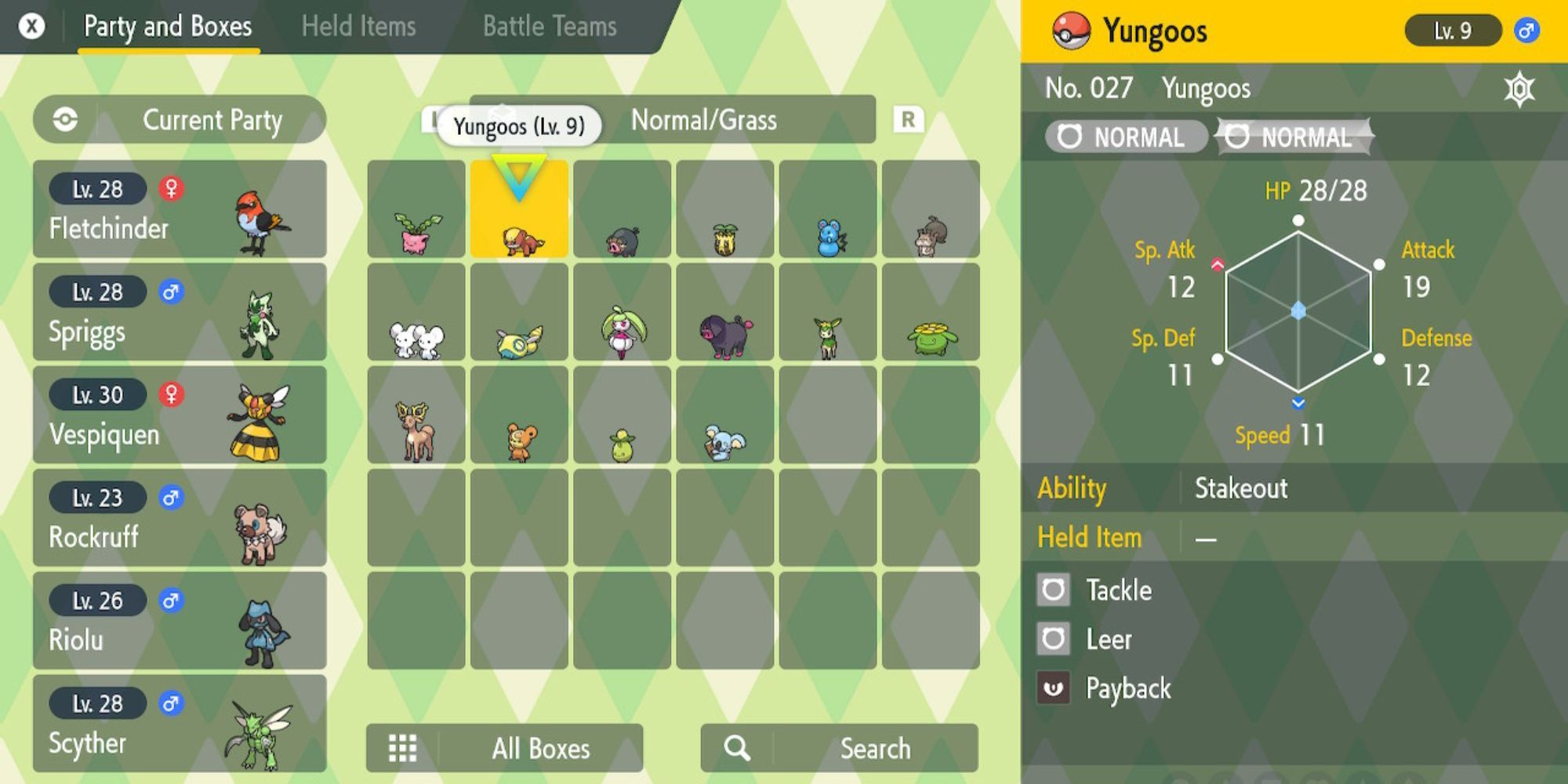 It’s not easy being at the top, but it sure is worth it. A vast variety of Pokemon species exist in Scarlet and Violet, along with new additions that make it that much more worth it. Although, sending new Pokemon to your boxes can get them mixed up, and you may forget a top contender to add to your party.

By organizing your boxes and sorting your Pokemon into their different types, you become increasingly more efficient and in the end, see which ones you still need to level up. 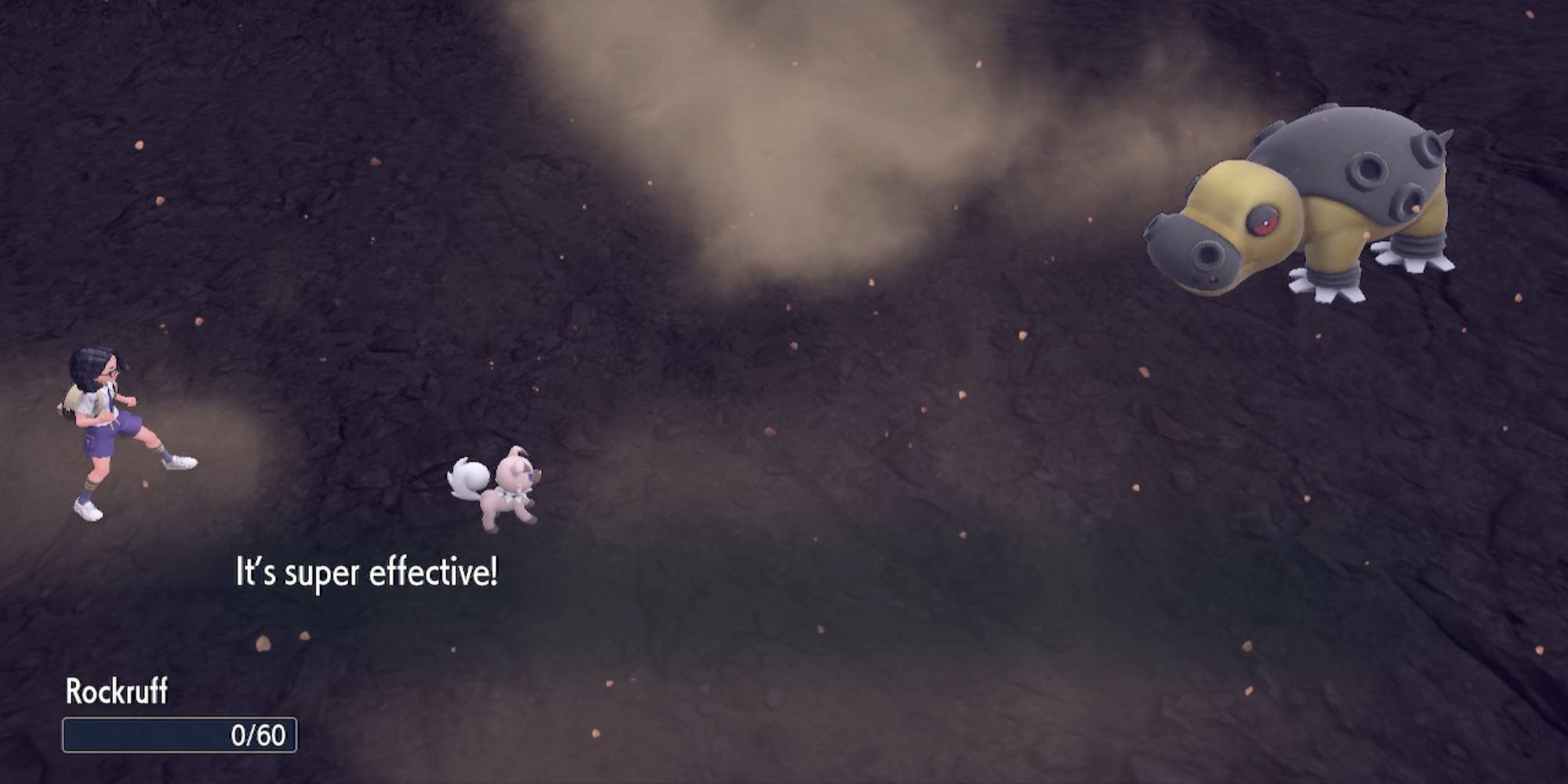 The sadness you must face when your top, strongest Pokemon faints during battle. What to do. If you’re like any other trainer, you may find yourself sending out weaker Pokemon to give yourself a quick advantage during your turn to revive your best one.

Unfortunately, this is most often a last resort, and will likely end in your weaker Pokemon being sacrificed for the stronger one. However, if you’re in a pinch and have no Pokemon left, it could be the one thing that saves you.

8/10 Have A Cute But Virtually Useless Pokemon 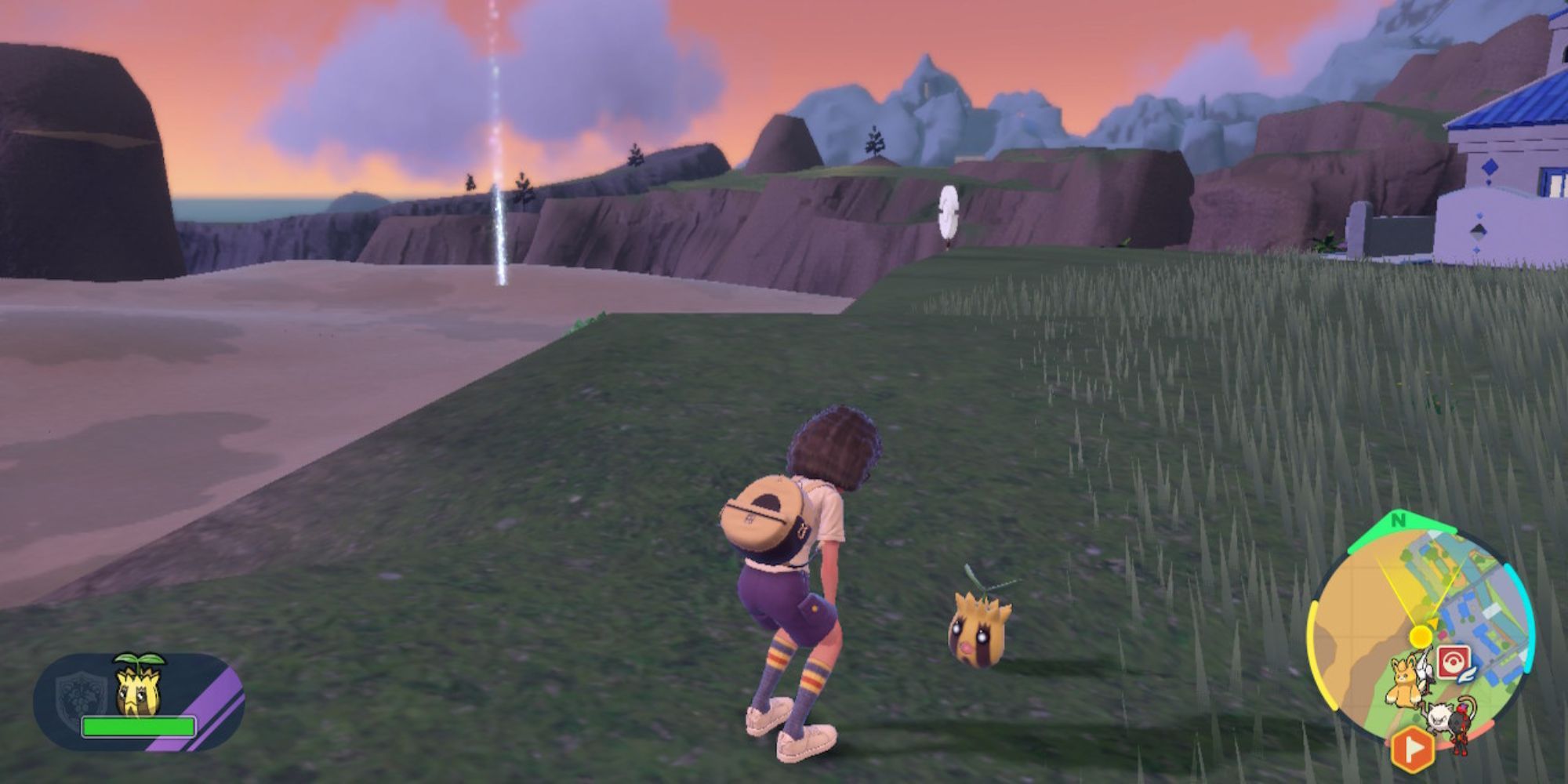 In Scarlet and Violet, you can release your Pokemon from their Poke Balls to explore the world on their own. If you have a particularly weak Pokemon that is just there for looks, you may let them out to enjoy the sunshine in town or areas with little to no wild Pokemon. Whether your choice is Clefairy or Sunkern, it won’t matter because their cuteness factor is all you need to keep you going when times get tough.

Though cute and friendly looking, the downside is these Pokemon are pretty much useless when it comes to battle; however, perhaps these are the ones you send out to revive your other party members? 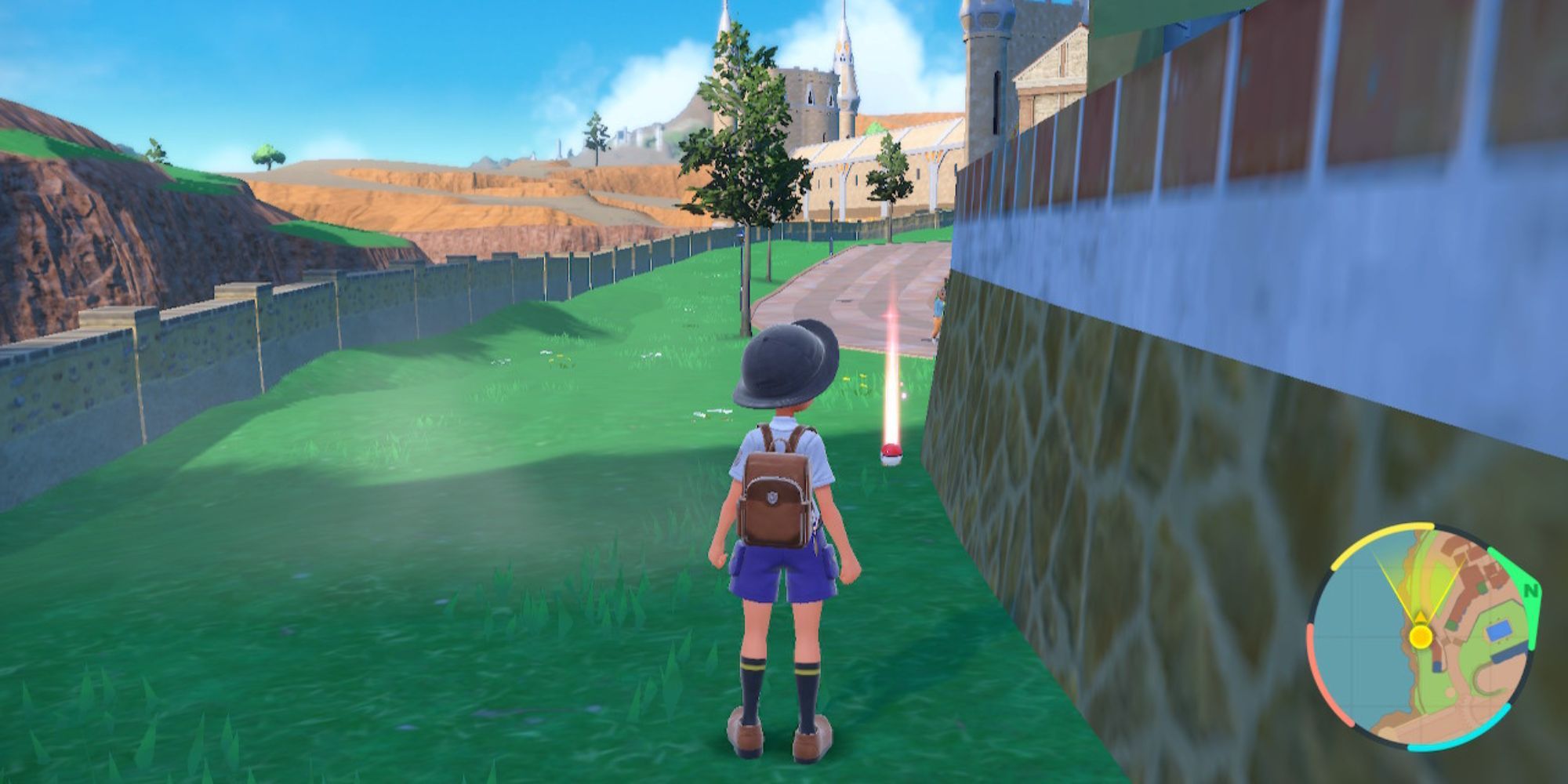 Just like the older games in the Pokemon franchise, Scarlet and Violet allow you to explore and collect rare items, TMs, or everyday items that are hidden within Poke Balls. If you’re looking for particularly unique items, you will no doubt be looking in the most obscure places for these glowing Poke Balls.

Behind dumpsters, in backyards, next to NPCs, and between buildings. The list goes on and on, but the reward can be well worth it in the end. You may feel a bit silly looking for these coveted Poke Balls; however, Scarlet and Violet make it arguably easier to find them than in any other Pokemon game.

6/10 Customize And Re-Customize Your Character 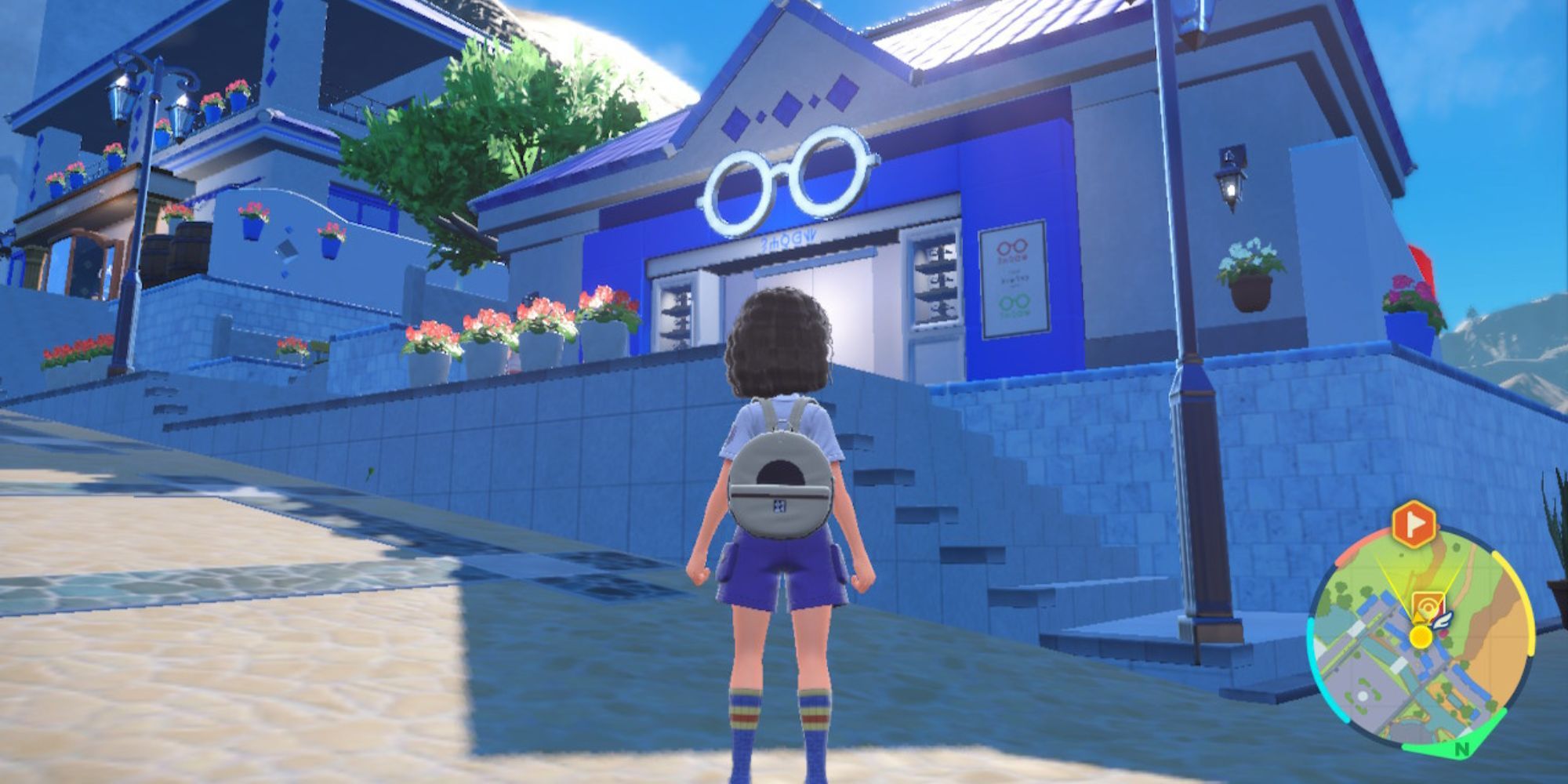 Similar to Pokemon Legends: Arceus, you can choose your style, skin color, hair type, clothing type, and much more at the beginning of the game and then update as you see fit. If you played the original Pokemon games, you know that this is a relatively new feature that makes the experience of playing Pokemon that much more immersive.

If you don’t like your original style, you can always re-customize your character at one of the many shops throughout the towns in Scarlet and Violet.

5/10 Get Distracted While Exploring 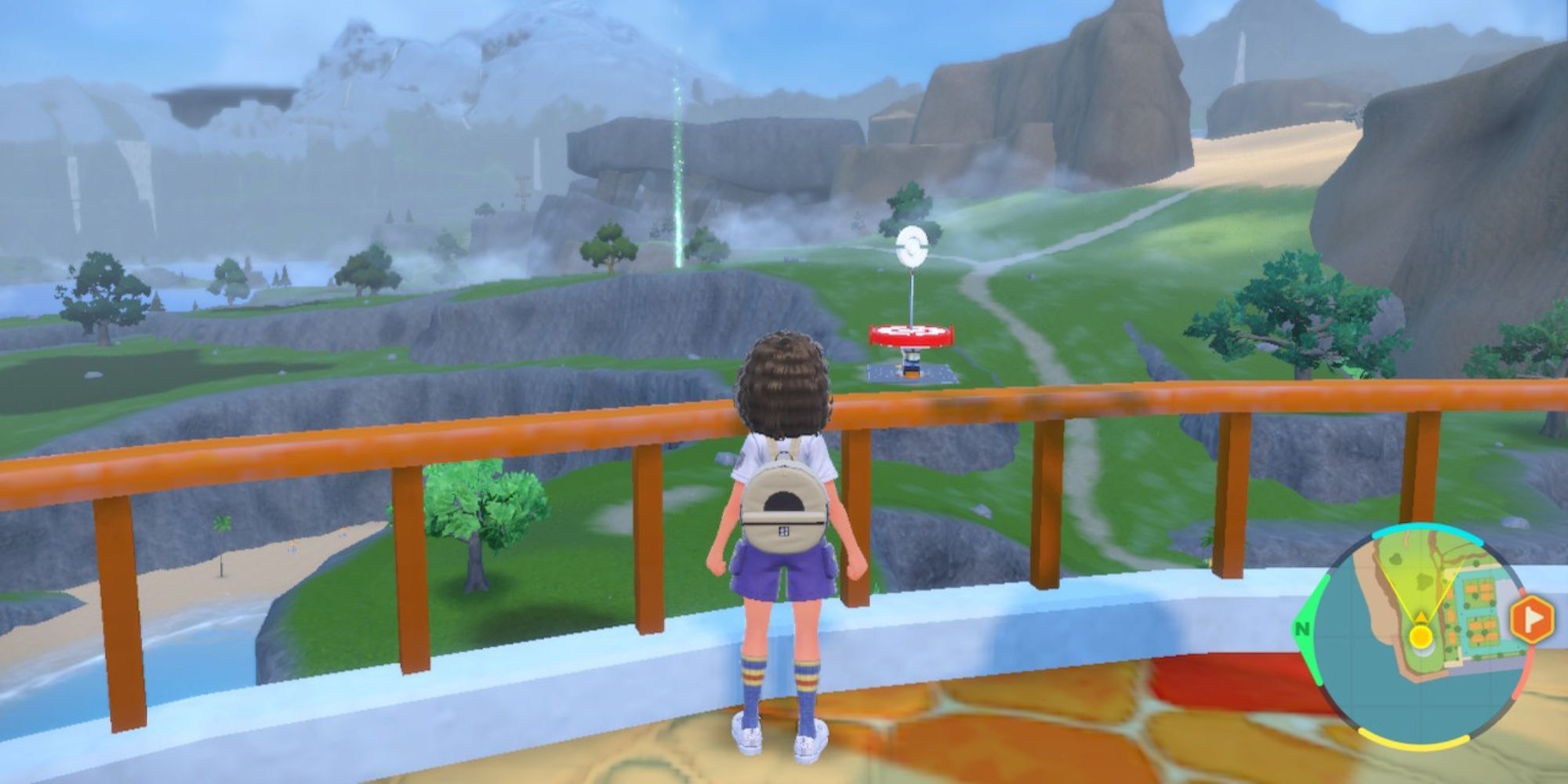 As RPG-formatted games, Scarlet and Violet offer a unique perspective in the world of Pokemon. This also means that you’ve likely set your sights on a destination you have to travel to and then found yourself in the opposite direction just because of exploring!

One of the great things these games offer is the ability to suck you into the game and make sure you spend time looking for items, finding new Pokemon, looking at the landscape, finding new areas, and much more. As such, you’ll almost always get distracted while exploring Paldea. 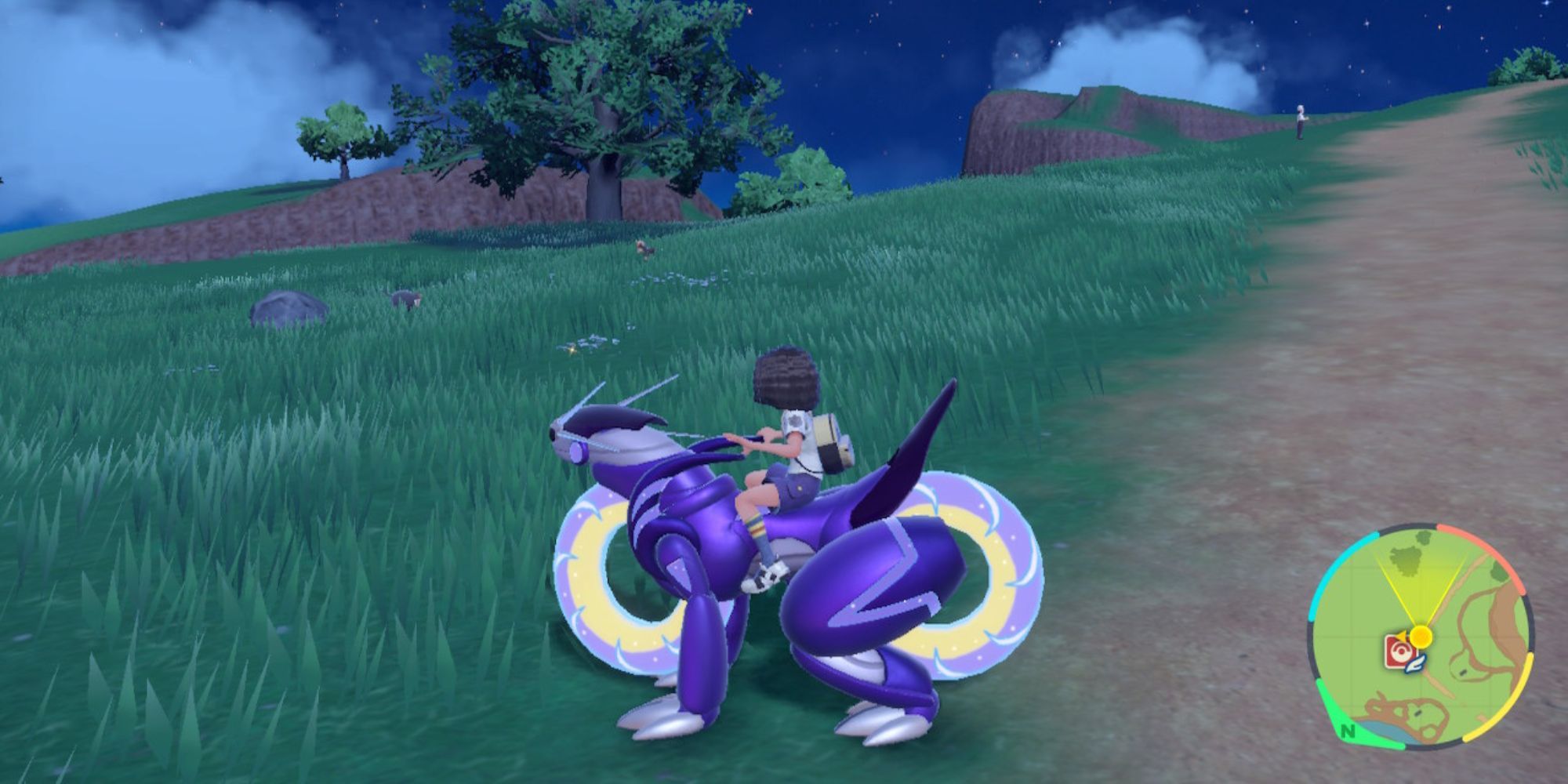 Simply riding Koraidon or Miraidon, or even gliding and swimming, lets you see the world of Pokemon in a new light. Now, you no longer need to use Hidden Moves or build relationships with specific Pokemon to access new areas.

3/10 Use TMs To Boost Your Pokemon’s Moves 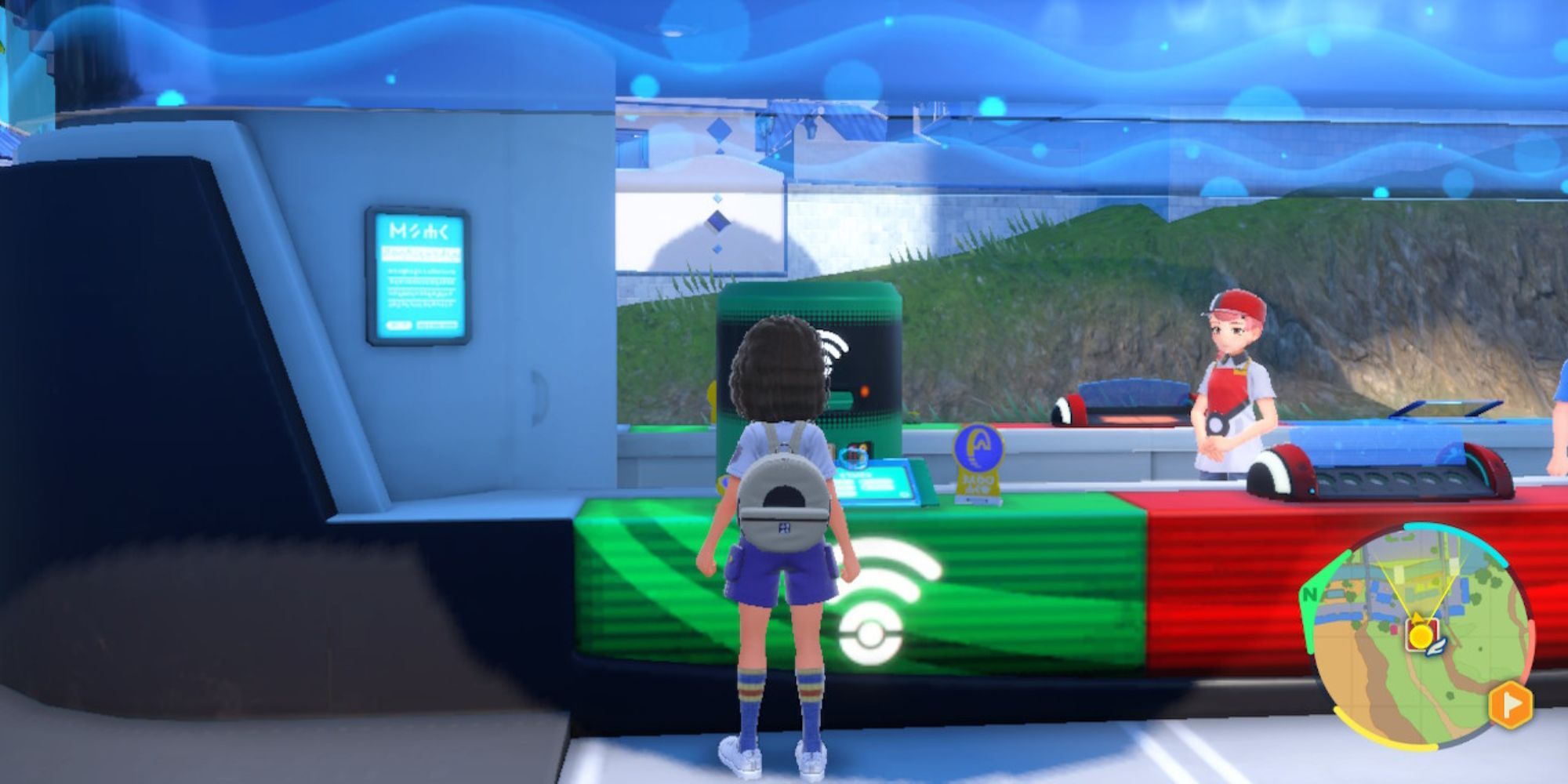 Even in the “old days” TMs were an essential part of gameplay and allowed you to upgrade your Pokemon much faster. It also allows you to teach your Pokemon moves that they may not have learned otherwise and truly diversify your battling party. In Scarlet and Violet, you can craft TMs, which can be incredibly useful and faster than just searching them out in the wild.

Using TMs to boost your Pokemon’s strength is something that gives you an advantage during the game and makes you all the more powerful. 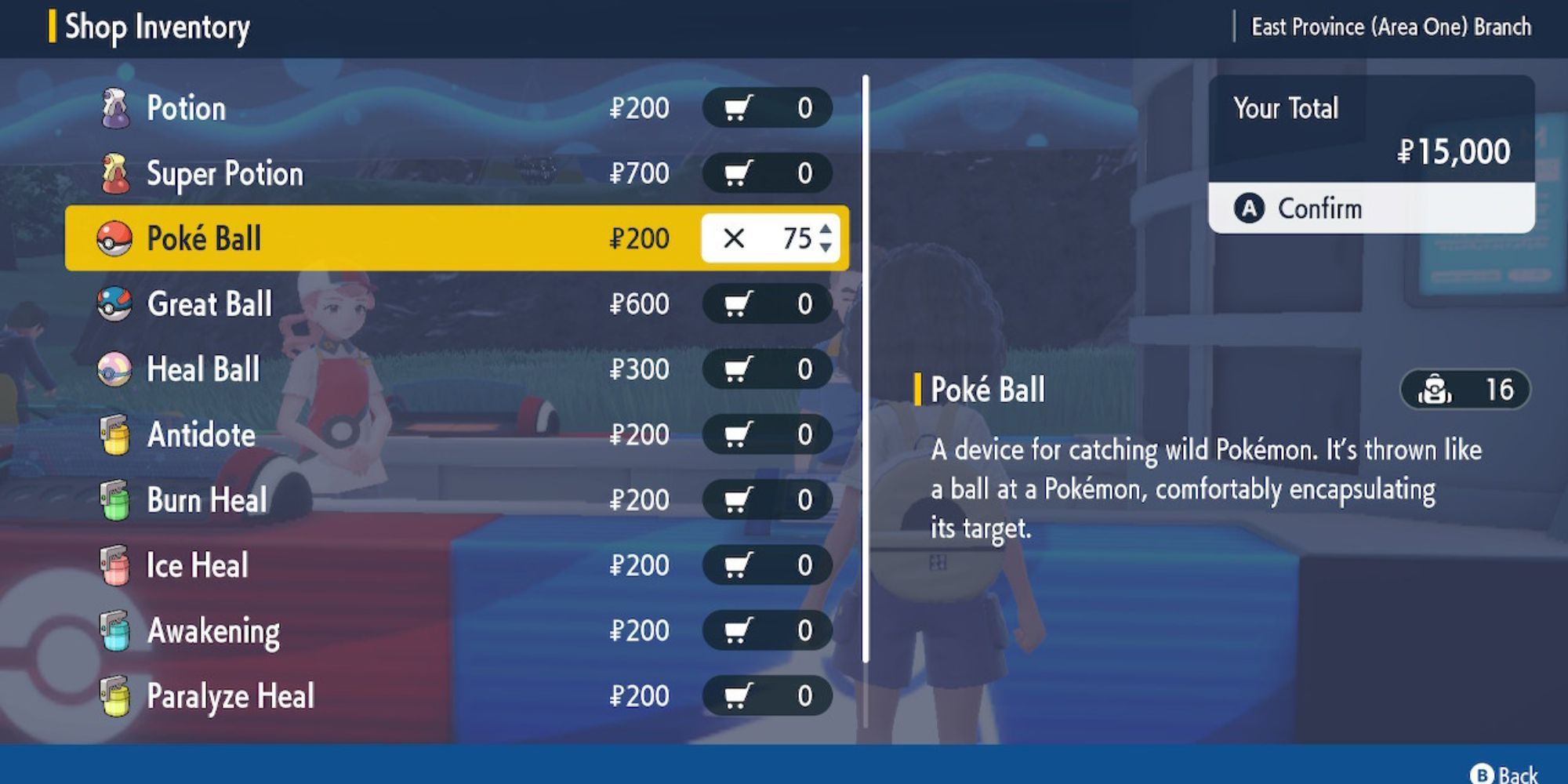 A Poké dollar works just the same as it does in the real world: you use them for things you need or want in the game. A newly introduced concept to Scarlet and Violet is League Points, which essentially work the same but can only be collected by interacting with certain elements or tasks. You’ll soon find most of your money or League Points going towards the wide variety of Poke Balls, and there are a lot, all of which offer a different purpose or unique capability.

If you’re running low on cash, try selling some of your rare items that have no purpose (golden nuggets, pearls, etc.). This will help you buy more Poke Balls, of course.

1/10 Overpower A Pokemon You Wanted To Catch 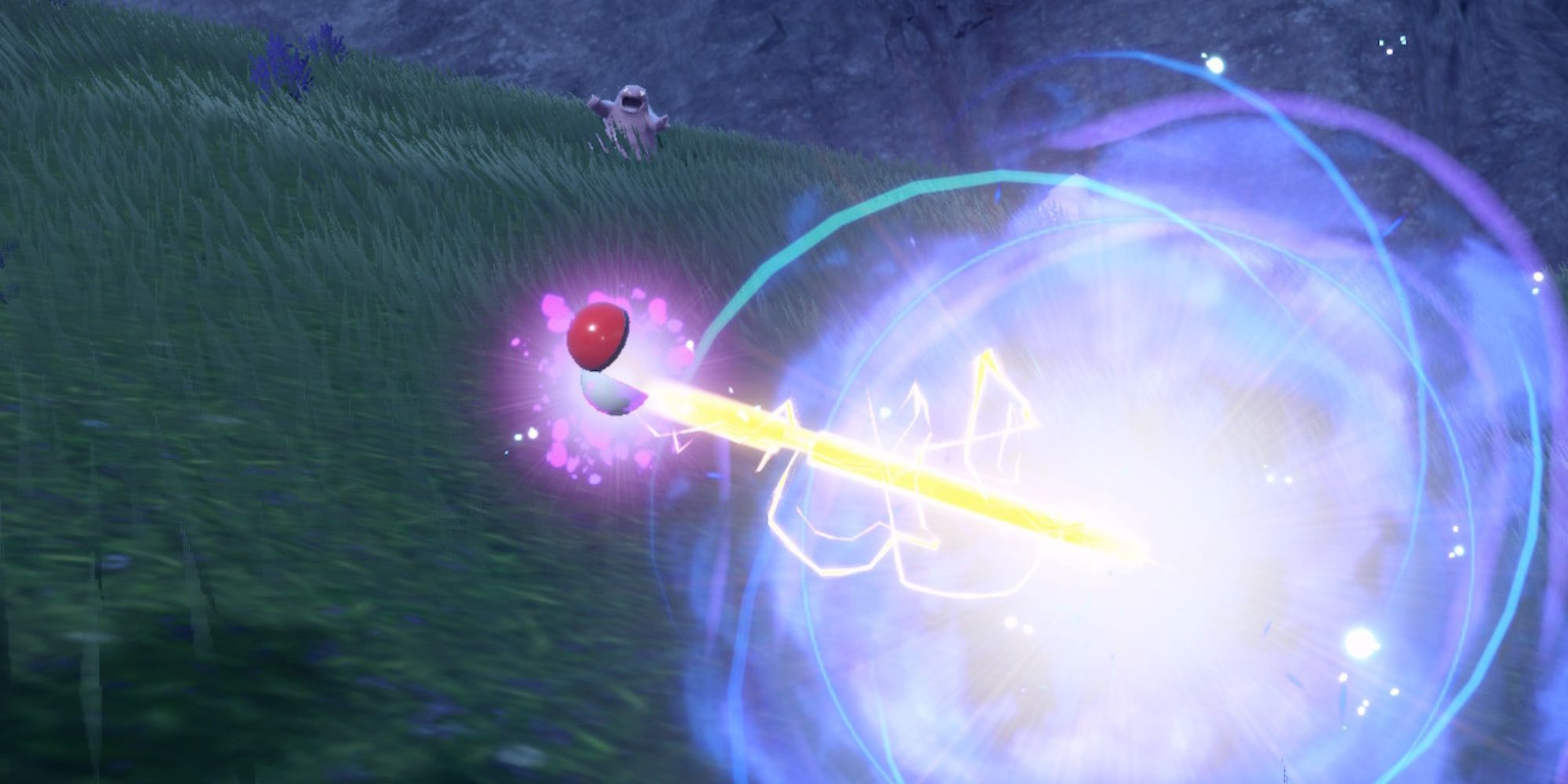 All too often you see a new Pokemon you desperately want, but you may be in an area that is lower ranking than your party. You tried catching it already without injuring it, but it has broken out of everything you’ve thrown at it. Naturally, you decide to test your chances and choose the lowest strength move in your lowest ranking Pokemon to try to make it easier to catch.

However, your Pokemon still overpowers it, and now you are left with a wild, fainted Pokemon and nothing added to your collection. A truly devastating moment for trainers everywhere.