Pokemon Sword & Shield: The Best Pokemon Types To Use Against Leon

Although Cynthia may be known as the most powerful champion among most Pokemon fans, Leon isn’t far behind and his team, while not as diverse as the Sinnoh League champion’s, is more than capable of decimating an unprepared trainer’s team in an instant. Although he seems to focus on Dragon-type Pokemon or Pokemon with a dragon-like appearance, he has more than enough coverage to make up for their weaknesses.

For the most part, you should be able to make your way through the main game without much hassle by using just your favorites, but when it comes to the final battle against Leon, it is a good idea to make sure you are prepared for his team, either in your team’s typing or their coverage moves. 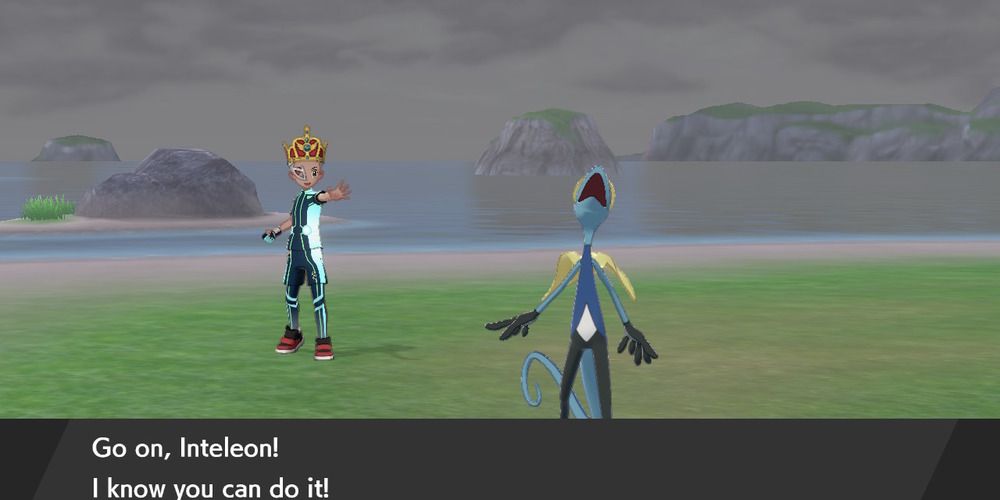 Your choice of starter Pokemon doesn’t really matter, as each starter will be useful against at least one of his Pokemon, though the starter will change two of the Pokemon you will have to face in his final team. If you picked Sobble, he will have a Rillaboom and Rhyperior, if you chose Scorbunny the game will give him an Inteleon and Mr. Rime, while taking Grookey will give him a Cinderace and Seismitoad. Although he picks the starter that is strong against yours, his other Pokemon will always be weak to your starter to make sure they aren’t useless in the final battle, particularly if you took Grookey. 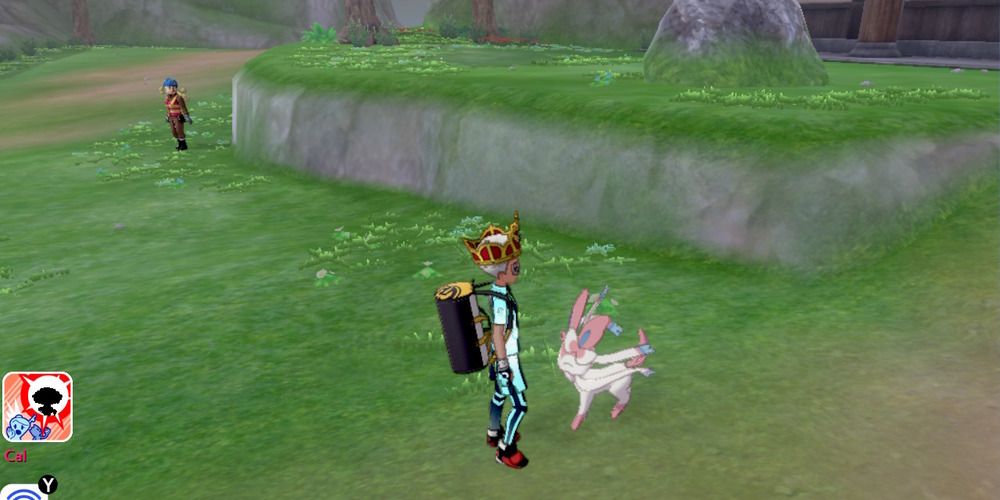 Aside from being a generally good pick in most teams, since they are usually able to dish out as much damage as they can take, Fairy-types like Togekiss, Haterene, and Gardevoir are good not just against Leon, but Raihan as well. Most notably in Leon’s case, they will be necessary for defeating his Haxorus and Dragapult, though care should be taken with Haxorus as it has both Poison Jab and Iron Tail to cover its Fairy-type weakness.

If you bring a Galarian Weezing into battle which has the Levitate ability, you should be able to make quick work of both of Leon’s Dragon-type Pokemon, since it is defensive enough to take Haxorus’s Iron Tail while also avoiding its Earthquake. 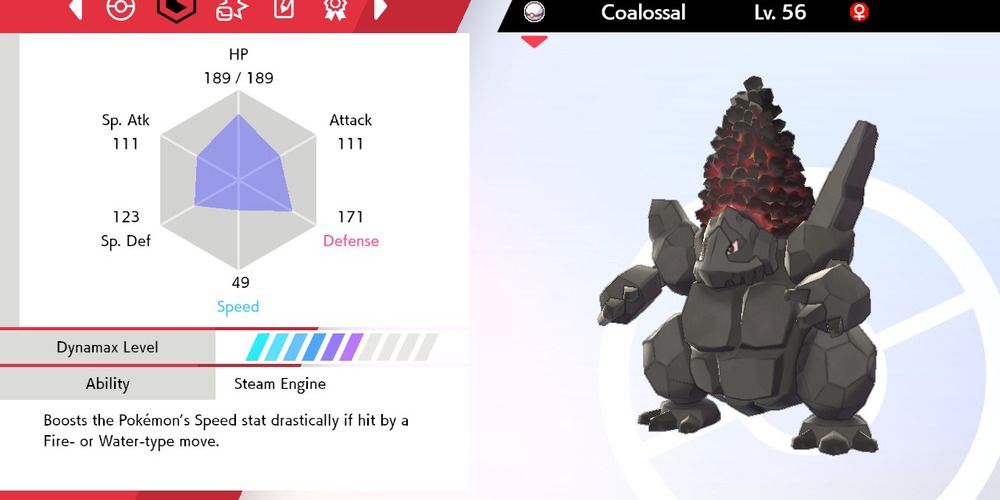 This Pokemon is solely for Leon’s Charizard, which falls in battle very quickly to a well placed Rock-type attack, though like Haxorus, it does have a coverage move in Solar Beam to cover this weakness, which is also very powerful when in its Gigantamax form. Coalossal is a decent choice of Rock-type, since it takes Grass-type attacks neutrally while also potentially benefitting from Charizard’s Fire-type attacks if it has the Steam Engine ability. Pokemon that have a dual weakness to Grass-type attacks, such as Ground/Rock-types or Water/Rock-types should be avoided in this battle unless you are confident they can OHKO Charizard before being hit themselves. 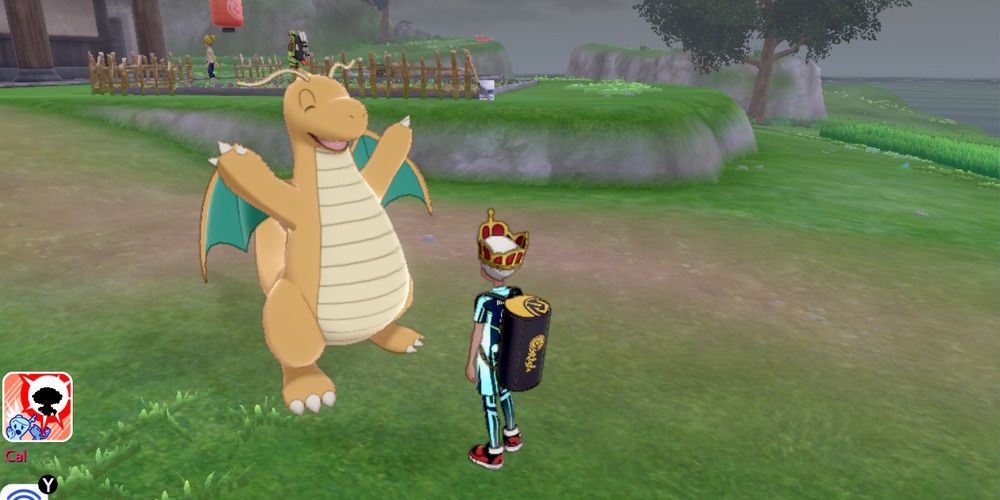 Although it’s fairly risky to pit a Dragon-type of your own against Leon’s Dragon-type Pokemon, they also have the advantage of resisting quite a few of Leon’s attacks, including his Charizard, Galarian starter, and Seismitoad if you took Grookey. However, you should be careful if you took Scorbunny since his Mr. Rime will also be super effective against Dragon-types. Leon’s Dragapult is also blisteringly fast with very few Pokemon in the game being faster than it, as the only exceptions that aren’t legendary Pokemon are Ninjask and Accelgor, neither of which are particularly effective against it and also fall very fast to its Flamethrower. Duraludon, while hard to find, is generally a good pick since it takes Dragon-type attacks neutrally while being able to dish out serious damage, though care should be taken with Aegislash’s Sacred Sword and both Seismitoad and Haxorus’s Earthquake. 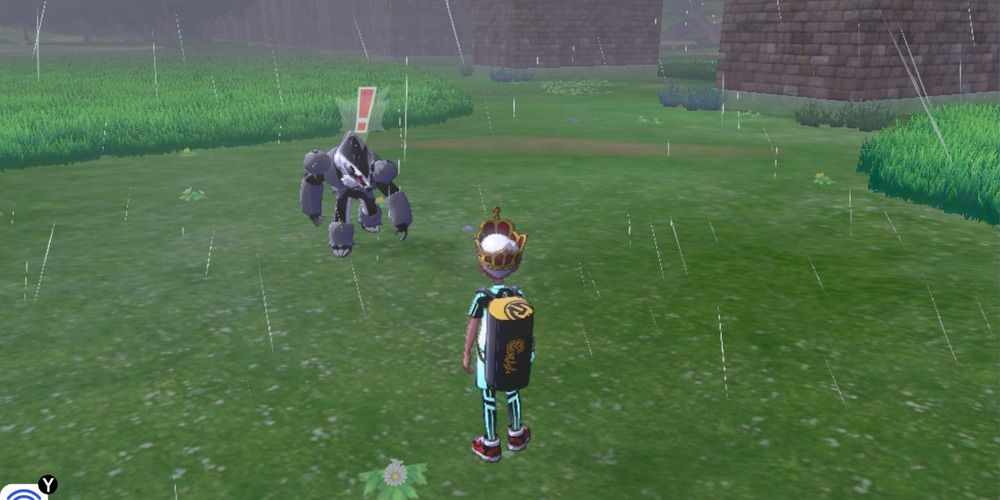 Although Dark-type Pokemon are generally good against Leon, since very few of his Pokemon know Fairy, Bug, or Fighting-type attacks, they are especially good for both Aegislash, which he always leads with, and Dragapult, which it is weak to due to its Dragon/Ghost-typing. Aegislash, in particular, can be very problematic if left alone for too long as Leon has the tendency to use King’s Shield at the worst possible moment, especially against physical attackers.

While Ghost-types can be just as effective offensively, they also suffer from taking strong Ghost-type attacks, such as Aegislash and Dragapult’s Shadow Ball, very poorly. Obstagoon is a decent pick for a Dark-type Pokemon, since it is immune to Ghost-type attacks and has the necessary defensive stats to take an attack without fainting in one blow, though you should be careful about Aegislash’s Sacred Sword. 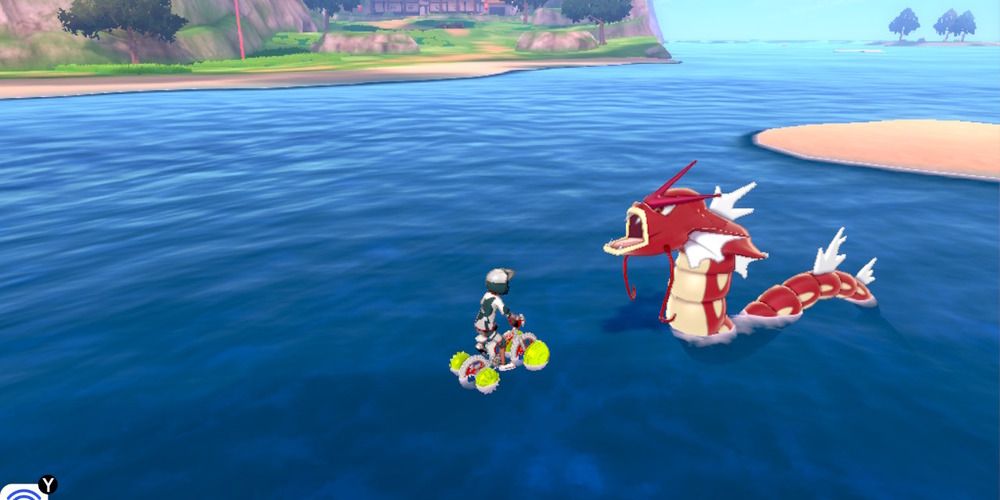 Water-type Pokemon are some of the best in the game and are one of the few types diverse enough where you can legitimately run through the game using only Water-type Pokemon. While Water-types are offensively good against Charizard and Rhyperior, they are also defensively good against Aegislash, Inteleon, Mr. Rime, and Seismitoad while also resisting Dragapult’s Flamethrower if need be. Pretty much every decent Water-type in the game is a viable option, though Gyarados is a particularly good pick due to its offensive stats and Intimidate ability. Vaporeon and Ludicolo are also good picks due to their great defenses, though if you can find one, a Rotom W has the best chance against the majority of Leon’s team, as it can learn Ghost-type attacks for Aeglislash and Dragapult, Electric-type attacks for Inteleon, and Hydro Pump for Ryhperior and Charizard, though you should be careful as Seismitoad has the Water Absorb ability to nullify Water-type attacks. 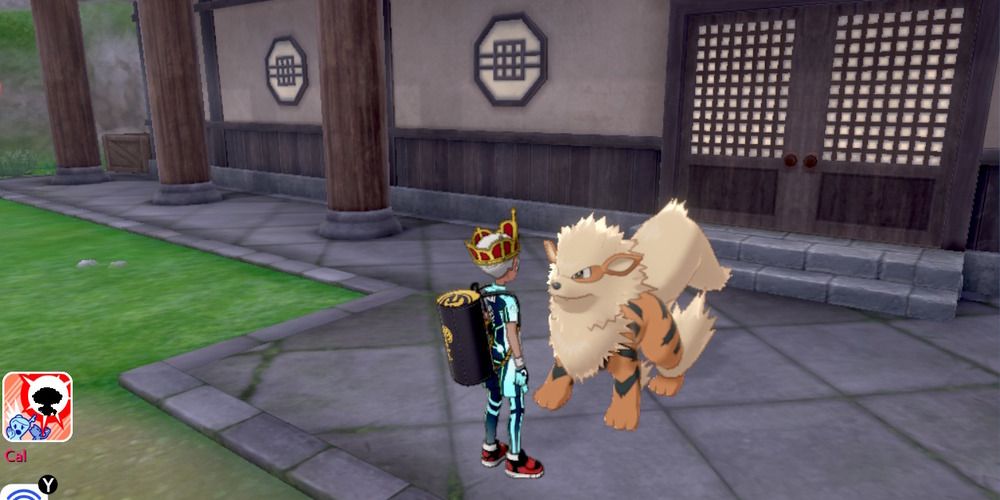 Fire-type Pokemon can be hit or miss against Leon, since multiple Pokemon on his team resist their attacks no matter which starter you chose, but they are good against Aegislash, Rillaboom, and Mr. Rime, all Pokemon that you don’t want to leave on the field for too long. If you have a Flash Fire Pokemon, such as Centiscorch or Arcanine, they can also be good against Charizard for absorbing its G-Max Wildfire, though Arcanine needs to be careful of Haxorus’s Earthquake as well as Seismitoad, Rhyperior, and Inteleon in general. If you use Coalossal as a Rock-type counter to Leon’s team, you already have a Fire-type at your disposal as well, though other decent options include the aforementioned Centiscorch, which isn’t weak to Earthquake, Rotom H, which is immune to Earthquake, or Turtonator, which isn’t weak to Water-type attacks but is weak to Dragon-types and both Haxorus’s and Seismitoad’s Earthquake.

Next: Pokémon Sword & Shield: 10 Pro Tips For Making It Through The Champion Cup 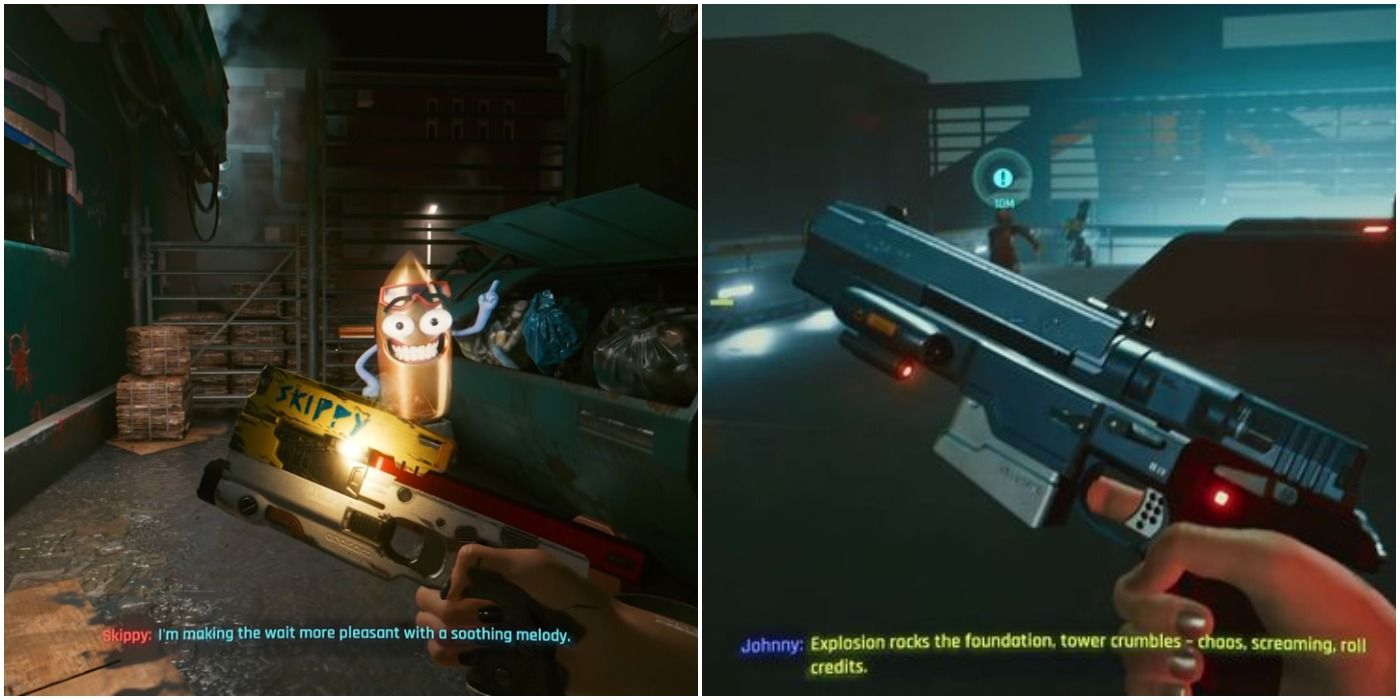