Pokemon TCG Live wants newcomers to know their choices matter right from the jump. To back it up, they'll present you with an impressive number of starter decks to begin your battling journey. Eight of them are yours immediately, with a ninth requiring a few extra clicks, and a tenth that's available almost immediately thereafter.

With so many options, it can be daunting deciding which deck (or decks) you want to lead with early on. Even seasoned Pokemon TCG fans will have their work cut out for them. We've compiled deck lists for each of the initial eight rad sets, plus a few thoughts on how to get them from good to great. The ninth and tenth, tied to seasonal Battle Passes, will vary over time, so we'll crank out coverage of them through the seasons.

We're going in alphabetical order, so it's a tad awkward that the first deck we discuss is possibly the strangest of them all. The thing that stands out about the Blissey V TCG Live Starter Deck is also what defines it — a mere six Pokemon cards.

Trainer cards outnumbering the other two categories is pretty standard, but a ratio like this one is a rarity. Every single card in this deck is built to enhance and/or protect Blissey V, including the pair of Dunsparce who can sit on the bench and prevent Blissey V's weakness from ever kicking in.

In most cases, we'd be hesitant to recommend hanging on to so many restorative items. Blissey V's deck is somewhat of an exception, since again, you either keep your happy egg ladies hale and healthy, or you lose. Even so, we don't think those four Potions are worth keeping. Radiant Greninja might seem an odd choice for a replacement, but its 'Concealed Cards' ability will give you greater draw power. 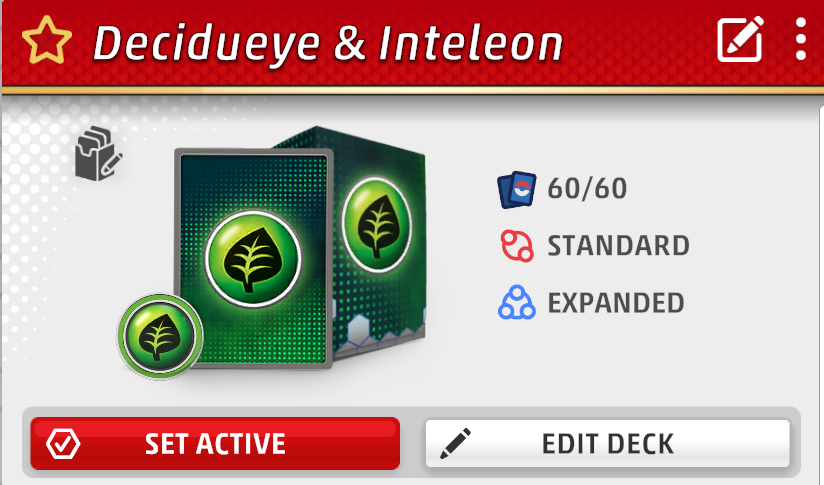 With some of the hard-hitting non-V cards coming out of Lost Origin, the Decidueye & Inteleon TCG Live Starter Deck has perhaps a touch of its former novelty as one of the precious few decks viable of fighting Pokemon V without using any. That said, it's still something of a niche, and it's one which this starter deck performs well in. With a few adjustments, at least.

As you can probably surmise due to the lone Water Energy, your Sobble line isn't here to lead the offensive charge. You only need the single Water Energy (and one Energy of any shade) to provide Shady Dealings Inteleon with enough juice to deal 120 damage, plus 20 damage to a benched Pokemon, so you will get some mileage there.

The trio of Quick Shooting Inteleon can do 20 damage to a benched Pokemon all on their own, without Energy, every turn. Rad. But the stars here are the four Decidueye, whose nicely low-cost 90-damage attack combines with yet another opportunity for 20 damage to a benched target. You want these pals out pronto.

That's why we're not overly fond of the two Dartrix this deck comes saddled with by default. You've got Rare Candy, after all. Some of the more prominent spins on Decidueye & Inteleon include Big Parasol tools, which prevents the effects of all attacks on not just your active Pokemon, but all the ones waiting in the wing as well. This synergizes well with the no-frills defensive nature of the deck. 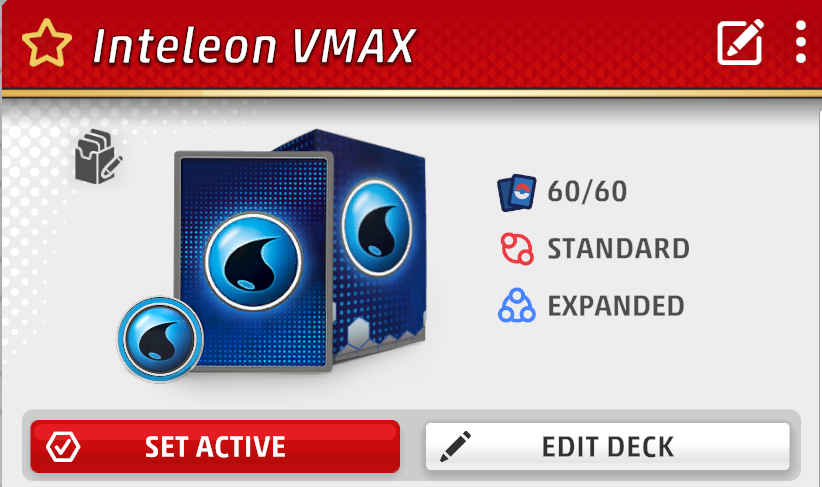 The Inteleon VMAX Pokemon TCG Live Starter Deck is a more straightforward affair than our first pair. Inteleon VMAX and Inteleon V both follow up with their non-V variations' skill in dishing out damage to benched targets simultaneous to the active foe, and your three Frosmoth can use their Ice Dance ability to enable you to hook all your benched Water Pokemon with as many Water Energy cards as you can find.

And you'll find plenty, with the cycle of Water availability lent through cards like Capacious Bucket and Suicune's Aurora Loop attack. Training Court continues the theme by letting you pull a discarded Water Energy out of the discard pile each turn the Stadium card is in effect. Telescopic Sight hooks the Tool's wielder with 30 extra damage to benched Pokemon V — perfect for your Inteleon friends.

If there's one thing we'd nix here, it's the Snom. You've got room for more Capacious Buckets or Training Courts. Or both. 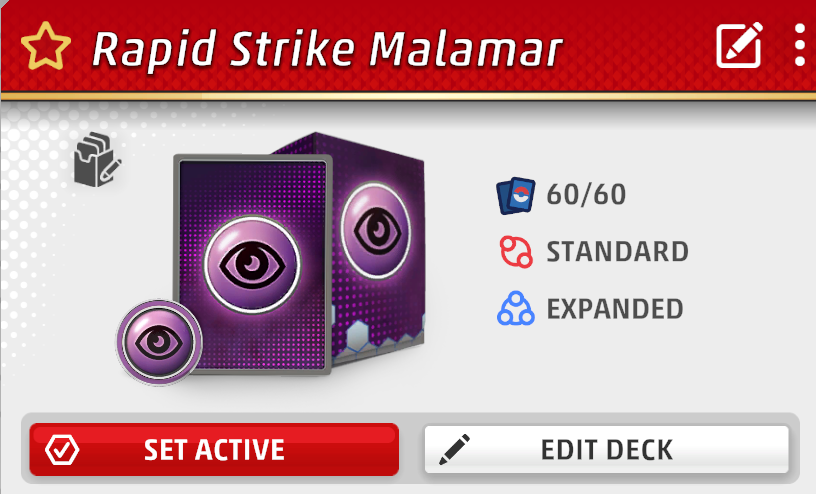 Let's emphasize that last bit. It's not about how many Rapid Strike chums are on your bench. It's the Rapid Strike Pokemon in your hand that matter. Pulling this off isn't a cinch, per se, but it's something that players have a more limited number of options to prevent than instances in which there are vulnerable Pokemon needed for a strategy lingering on the bench, waiting to be picked off (by Inteleon, for example).

The quartet of Octillery here, with their ability Rapid Strike Search, will help immeasurably to have that stacked hand filled with, in the absolute best case scenarios, enough damage aid to fell even the bulkiest Pokemon VMAX in the game.

Cinccino's 'Make Do' ability is there to give you turn-by-turn draw power; Korrina's Focus is essentially a top-off Trainer card, ensuring you have six cards minimum at all times. Bruno is another hand refresher, giving you either four cards when you shuffle a middling hand into your deck, or seven if you suffered a knockout the previous turn.

Rapid Strike Malamar feels like a deck that's close to perfect as-is. You don't want to lose things like Ordinary Rod, even, which will back you up by giving you discarded cards when you need them. The most common smart swap we've been seeing involves ditching the Cinccino, Minccino, and Crobat V, all for a load of Rapid Strike Sobble/Drizzile/Inteleon (or a mixture of Rapid Strike and Shady Dealings).

There's something to be said for the added punch here, and if you feel Energy-starved, you put these cards down; if you don't, you can hold the Rapid Strike varieties to keep boosting your Malamar. 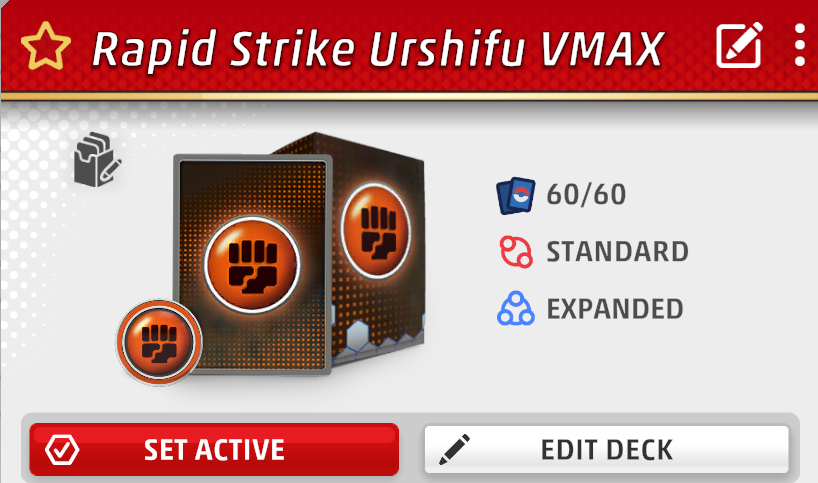 Fighting-type decks tend to emphasize high damage potential and tank-like stature, and Urshifu VMAX has been the Sword & Shield era's most stalwart example. The titular star has 330 HP, can deal 150 damage for a single (!) Energy if it's moved from the bench to the active spot the same turn it uses Gale Thrust, and G-Max Rapid Flow hits two enemy Pokemon for 120 damage apiece.

The downside is discarding your Energy afterward, but so many of the cards in this deck list are designed to help you pull Energy from not just your deck but also the pile. A hearty helping of that helpfulness stems from the Inteleon Engine strategy we see in so many decks, including this particular arrangement of Urshifu VMAX. The Shady Dealings ability keeps you flush with Trainer cards that will, in turn, help you control any prospective Energy crisis.

We're less keen on the overall Pokemon setup in Pokemon TCG Live's base version of this perennial breadwinner. It's recommended you swap some of them for something like Galarian Moltres V, another hard hitter who can cover Urshifu's Psychic-type weakness if you're up against the ever-popular Mew VMAX deck and its derivatives.

You'll need to inject some Darkness Energy, but there's plenty of room to reduce the number of Fighting Energy by one or two and lower the ceiling on your Pokemon count. Falinks and the Remoraid line really aren't necessary here. 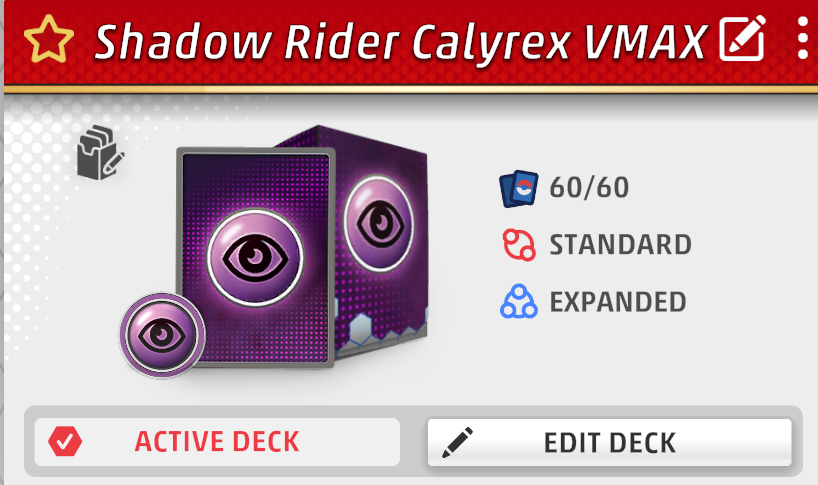 This deck's an Energy-offering fiend, with Galarian Articuno's ability bringing so much to your table, Cresselia's Crescent Glow following suit (and since you'll get three Energy instead of one if it's it's the first turn and you've gone second, it's a constant reason to hope for tails, as an aside). Marnie and Professor's Research both get you the cards you need, Training Court gives you a discard pile recycling system, what's not to love?

Maybe go easier on the Balls. The four Quick Balls earn their keep, but we can see the deck performing more powerfully with the Great Balls switched out for another Shadow Rider Calyrex V and its VMAX evolution. You can get by with two fewer Psychic Energy, given the deck's engine, if you want to make that four Calyrex each. 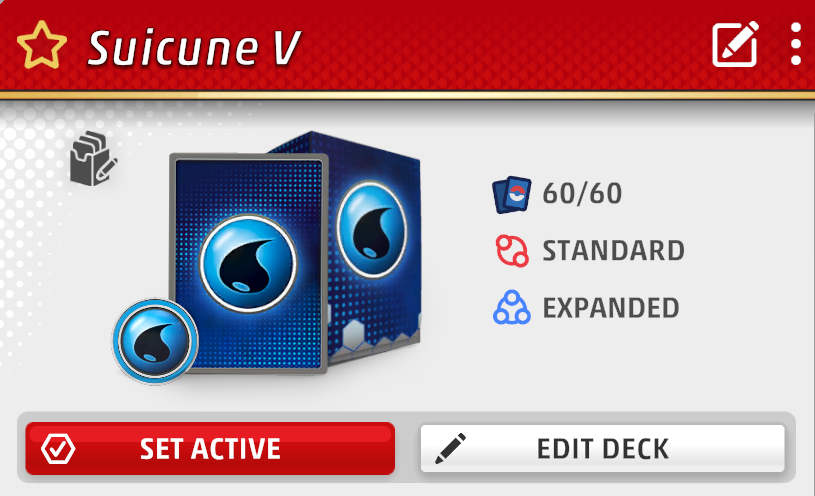 Pokemon TCG Live's Suicune V deck build is… interesting. It tries to double as a miniature spin on the Ice Rider Calyrex VMAX deck, and we're not convinced it can have its proverbial icing and eat it, too. Suicune V's whole thing is Blizzard Rondo climbing into the stratosphere in damage threshold based on the number of benched Pokemon in play on both sides, which is supported more ably by conventional stuff like the Inteleon Engine.

Don't get rid of the Lotad line, though. Call for Family, Lotad's one-Colorless 'attack' for summoning two more Basic Pokemon, is a good early-game benchwarmer (if you will). Lombre has an ability that lets you send it straight to your bench, skipping Lotad entirely, and Ludicolo adds 100 damage to your active Pokemon's next attack on the turn Ludicolo evolves from Lombre.

You're better off without the Ice Rider Calyrex duo, though, and yes, it feels odd saying that when all you have left is a couple of Pokemon V as a result. On the flip side? Add two more Suicune V as their replacement. That'll beef you up. Also consider adding extra Cape of Toughness cards to help those Suicune's relatively iffy 210 HP soar into something sturdier. 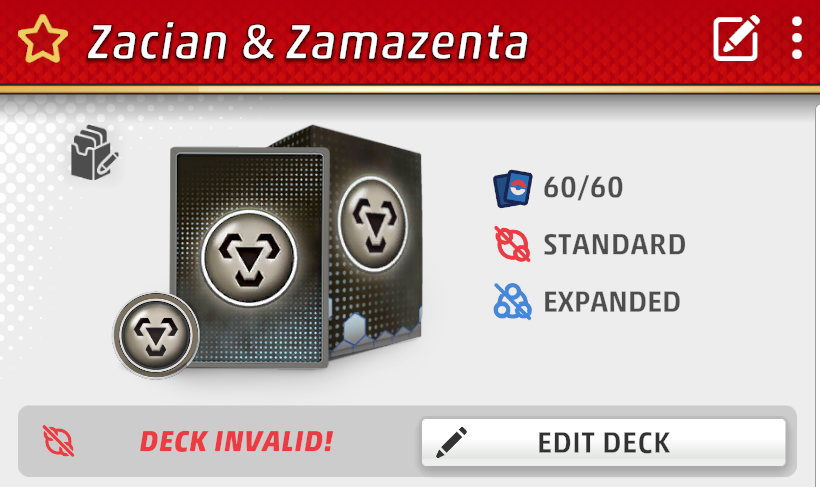 Zacian & Zamazenta complement each other gracefully per the lore in Pokemon Sword & Shield, and The Pokemon Company skillfully repeats the notion here. Zamazenta V can block damage from Pokemon VMAX, putting plenty of VMAX-fueled opponents on the defensive immediately. Zacian V is there for all other scenarios, with 'Intrepid Sword' gearing it up for the powerful 230-damage Brave Blade.

Brave Blade's big drawback is that Zacian V cannot attack the following turn, but again, this is where the two legendary wolves are in such lovely harmony. There are more than enough cards in the deck to pull Zacian V out, put Zamazenta V or another Pokemon in, and then switch it up again in the same turn, refreshing Zacian V.

Oranguru helpfully gives you more potential from the top card of your deck, setting aside one card until your next turn's draw so that you can tap into what awaits. Still, you might not enjoy this one as much as some do; if you find it lacking per your luck after a few games, it's a good pair of cards to consider removing in favor of more Zacian and Zamazenta.

Dialga is primarily concerned with you more Steel Energy, but Dialga can also serve as a main attacker for a couple of turns in a pinch. Crobat V is a staple of so many decks for good reason, but for the Zacian & Zamazenta deck, you're better off making room for another of the main duo.