Although Azumarill in Pokemon Unite isn't overwhelmingly powerful like past additions to the line-up, this fan-favorite Pokemon has a few tricks up its sleeve. Using Azumarill's moves and abilities properly, leave the opposition shocked by what you can do with this character.

This Pokemon thrives when challenging Pokemon on their own, dominating with its overwhelming critical damage and sustainability. Use this advantage to quickly farm wild Pokemon, giving you an edge over players that you choose to challenge.

When To Pick Azumarill

Azumarill proves to be most effective when playing in the center lane. This Pokemon specializes in battling enemy or wild Pokemon one-on-one, possessing the unique passive ability Huge Power. When Azumarill hits only one Pokemon with any of its attacks, the damage is always critical, but if you hit multiple Pokemon, it will never be critical.

This All-Rounder is equipped with attacks that regenerate HP, allowing you to outlast most opponents in battle. That being said, watch out for Pokemon that deal large amounts of burst damage such as Gengar, Zeraora and Duraludon, as their high Attack typically outmatches your sustainability. Prey on weaker opponents who lack nearby allies, in order to maximize Azumarill's dueling capabilities. 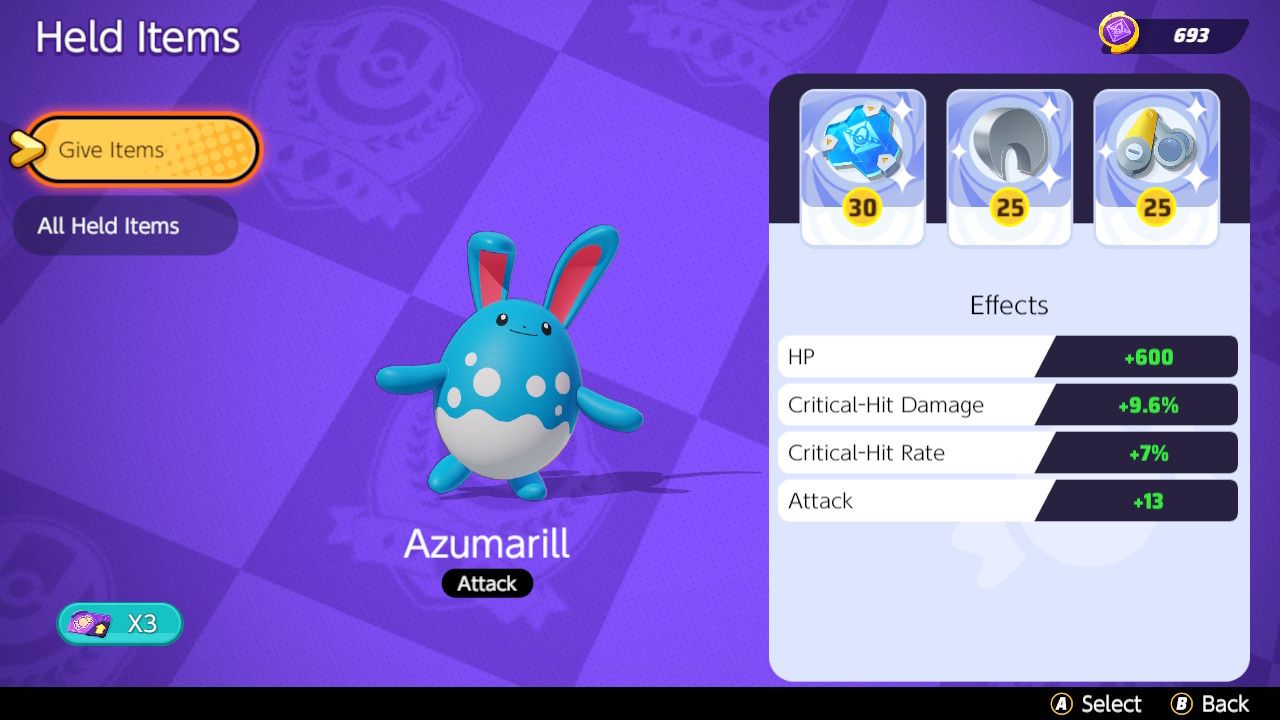 This build fully utilizes Azumarill's ability to dominate isolated Pokemon. Jump on enemies when they are traveling alone, causing massive amounts of critical damage while restoring your own HP simultaneously.

You'll want to use Play Rough with this build, giving you a burst of speed and a buff to your next basic attack. Use this move to pounce on enemies, improving the range and damage of your basic attack, while also stunning the enemy for a brief time. Combo this move with Whirlpool, allowing you to consistently regenerate HP and deal critical hits to your target.

Due to its relatively short Unite Move cooldown, Buddy Barrier is always an effective choice when choosing Held Items for Azumarill. Razor Claw is especially useful with this build, increasing the user's attack and decreasing the speed of their target following a melee attack — this helps to keep enemies within the range of your Whirlpool. Slow Smoke can be used as your Battle Item to further trap enemies in your attacks. 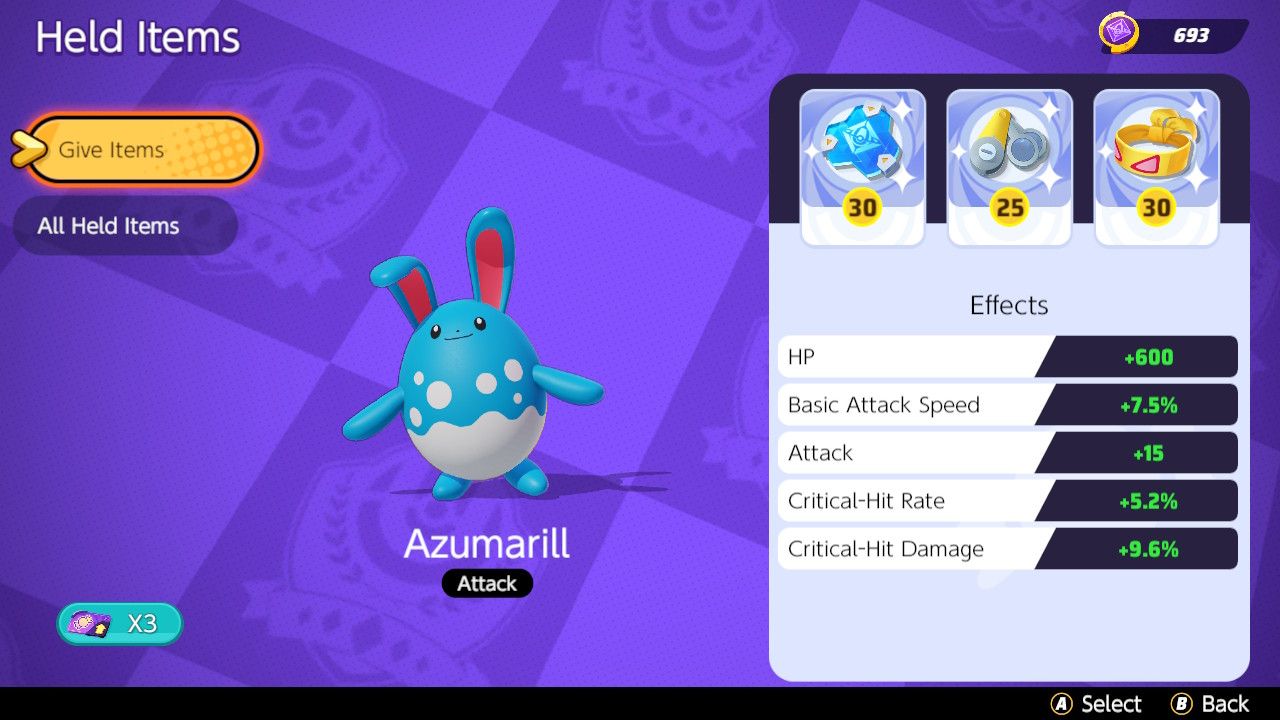 Despite Azumarill's passive ability, this build excels when targeting larger groups of enemies. Target multiple enemies at once when using this strategy, dealing massive damage to groups while regenerating HP from distance.

Use Water Pulse to ricochet your attack off multiple enemies in the area, dealing consistent damage each hit. Then finish off enemies using Aqua Tail, increasing the speed and area of effect of your next three basic attacks, restoring your HP if used from afar.

When deciding on Held Items, the Buddy Barrier is still recommended due to how frequently you'll use your Unite Move. The Scope Lens is a must for this build, increasing your critical-hit damage when using Aqua Tail, as well as your overall critical-hit damage stat for all attacks. Eject Button or Slow Smoke are advised as Battle Items for this strategy, allowing you to safely disengage if needed. 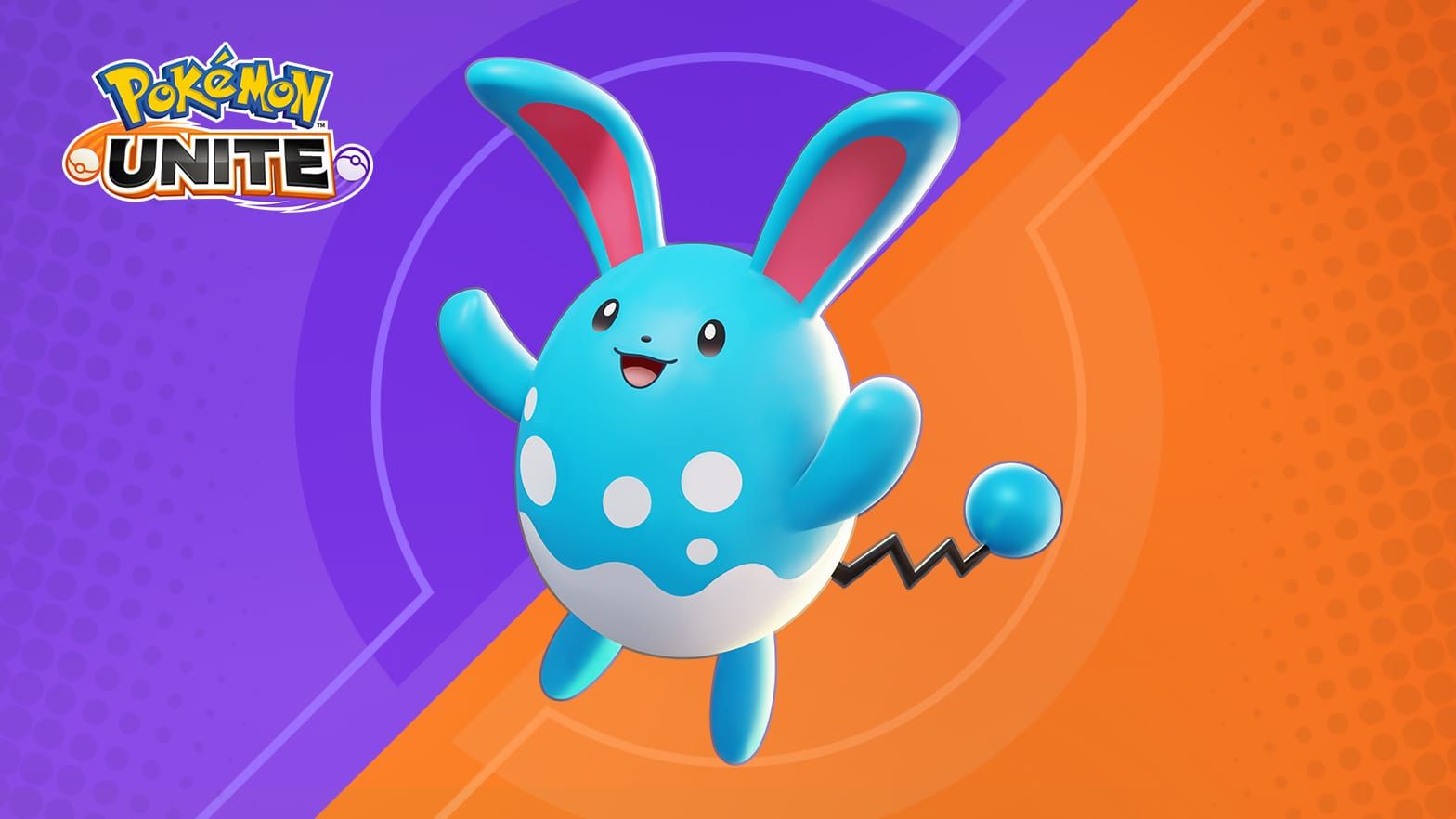