Although Pokemon Unite has done a great job adding new Pokemon to the game since its initial release, they have been neglecting one role: Speedster. Fortunately, with their latest release, Dodrio, we finally have a new Pokemon that fills this role – and they definitely belong in this category.

Possessing a kit completely centered around staying mobile, Dodrio may be Pokemon Unite's fastest addition yet. With this comes several new mechanics unique to this Pokemon, forcing you to adapt and adjust your play style to maximize your impact when choosing to play as this Pokemon. Here's everything you need to know to master this extremely fast-paced addition.

When To Pick Dodrio 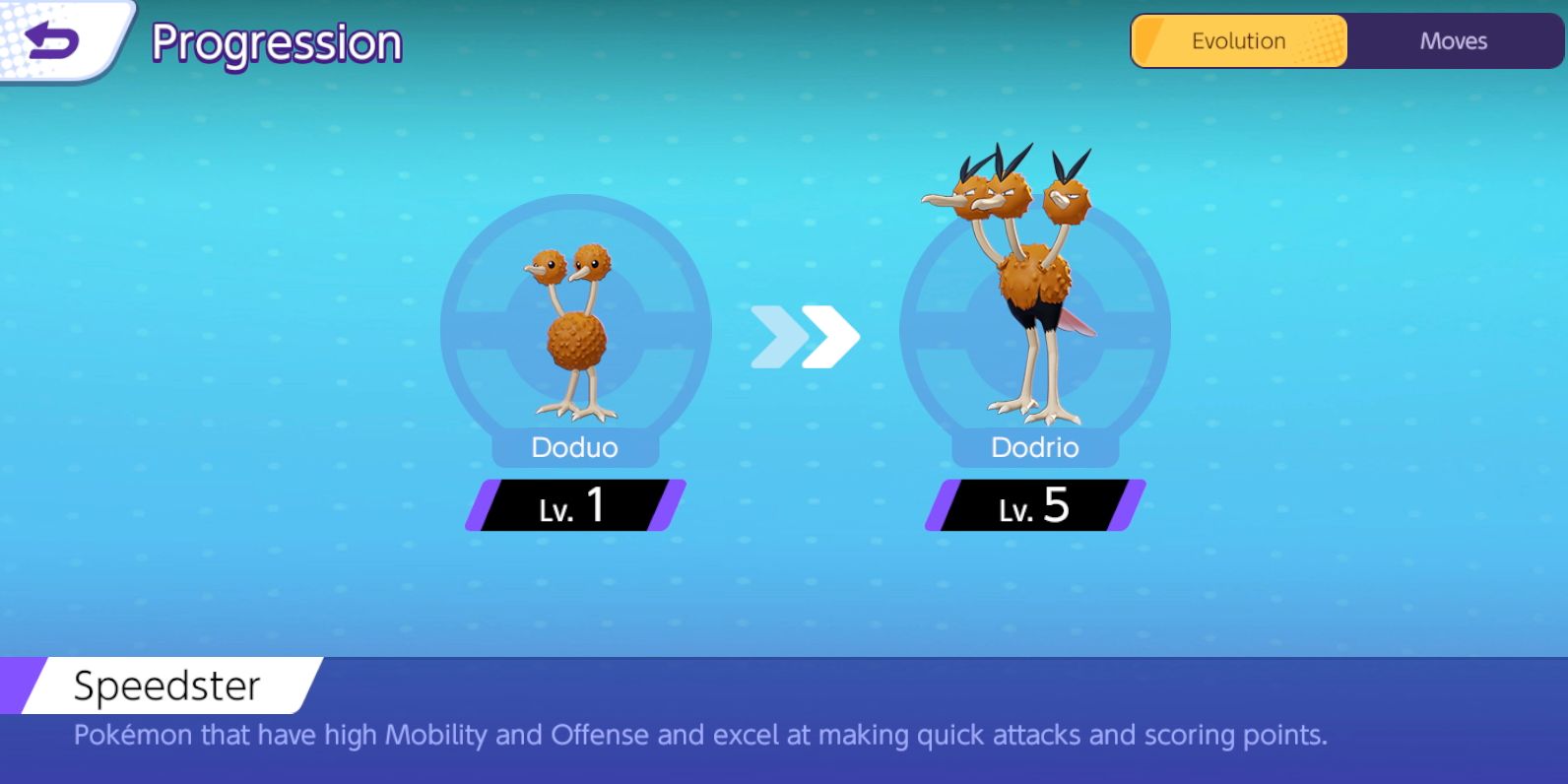 Revolving around sprinting and fast-paced moves, when playing as Dodrio it is all about staying mobile. This addition comes with a new mechanic: Dodrio's Sprint Gauge; granting you an increase in movement speed as long as this meter is completely full. Additionally, using some of this Pokemon's attacks when this gauge is full will increase their damage and overall effectiveness.

To balance this unparalleled speed, Dodrio lacks in endurance and overall survivability. To be successful, you will have to carefully choose when to engage with the enemy, as it generally cannot withstand many attacks before being knocked out. That being said, when used properly, Dodrio's moves can deal massive amounts of damage; so timing and situational awareness is key when choosing to play as them.

Due to this and the weak nature of Doduo, Dodrio's previous evolution, this Pokemon finds the most success when choosing to play in the central lane. This will allow you to quickly knock out Wild Pokemon and gain a level advantage over the opposition. Additionally, with Dodrio's speed and ability to quickly evade the opposition, you can further this advantage by invading your opponent's side and knocking out their Wild Pokemon. 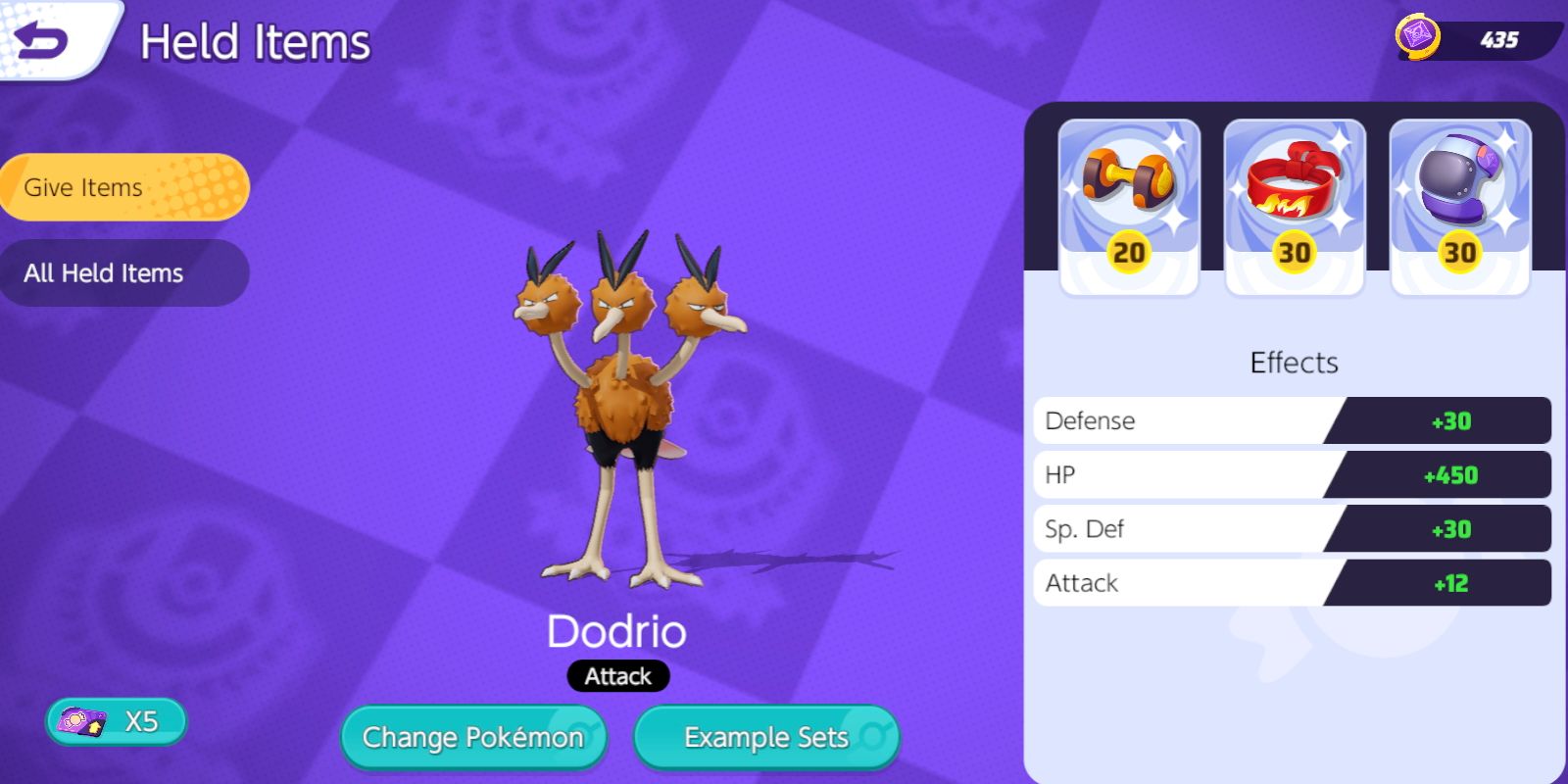 This build capitalizes on Dodrio's ability to stun and displace its opponents. Dealing significant damage and leaving enemies unable to act, this play style is perfect for placing your opponents in vulnerable situations, allowing you and your allies to knock out enemies with little difficulty.

Use Jump Kick to stun a target, then quickly launch yourself behind them safely. Follow this with Drill Peck, dealing massive damage and pushing the enemy back toward your allies. With the damage that this move deals combined with your teammates' ability to take advantage of your enemy while they are stunned and out of position, this build proves to be extremely effective. Make sure that you are trying to start this engagement stealthily, leaving your opponent little-to-no time to react and fight back.

Part of Dodrio's unique passive ability, Run Away, allows you to divide and score your Aeos Energy separately; divided in half when you are Doduo, then thirds once you have evolved into Dodrio. Since each portion counts as an individual dunk, choosing the Attack Weight Held Item is a must when playing as this Pokemon, allowing you to rapidly increase your attack stat with ease.

This can be paired with Held Items that increase your survivability, including choices like Focus Band or Score Shield. For the same reason as mentioned above, the Goal-Getter Battle Item is also recommended, allowing you to score your Aeos Energy at an even faster rate. 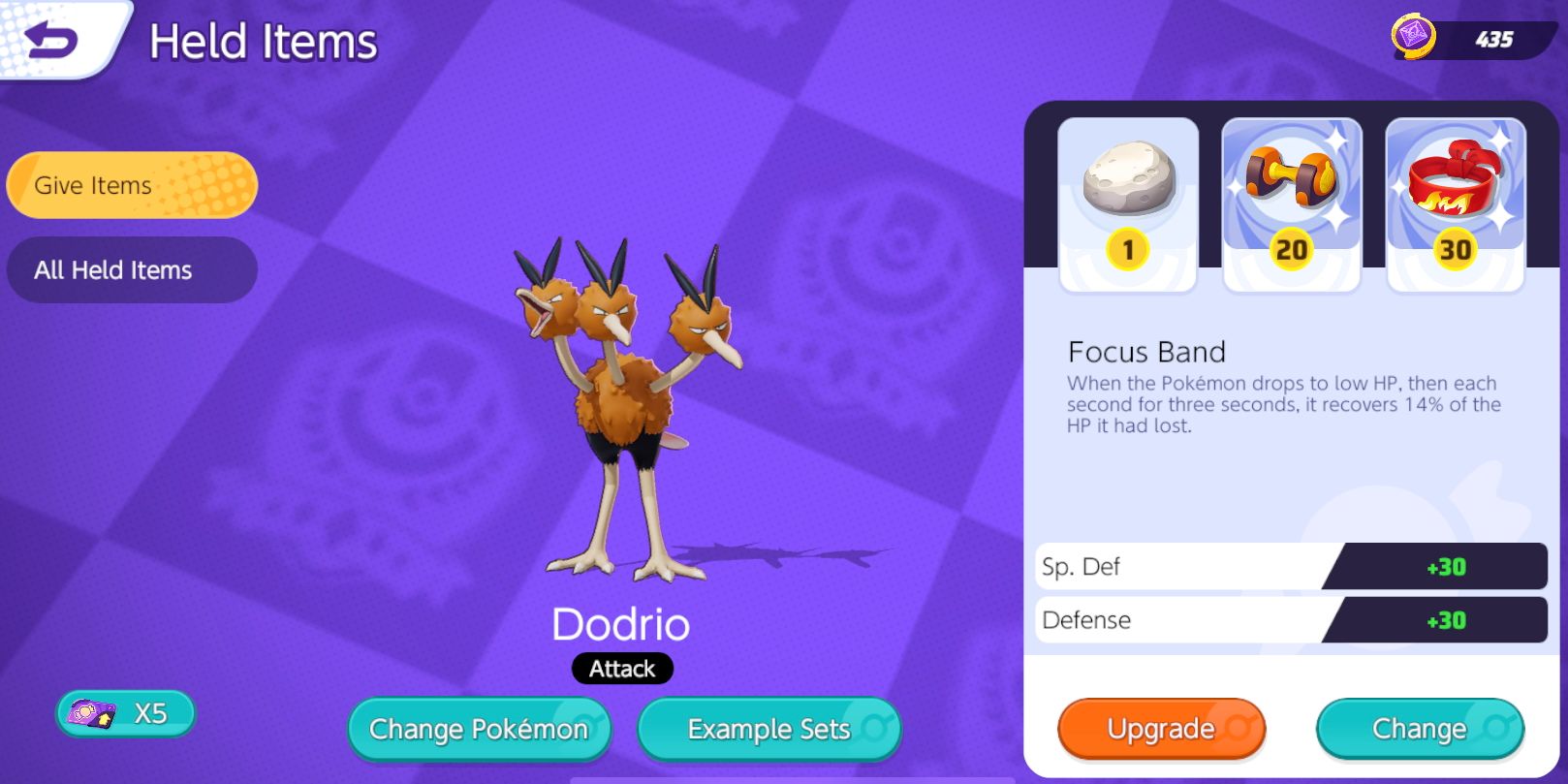 This build highlights Dodrio's ability to attack enemies, then quickly retreat to safety. Centering around this Pokemon's Sprint Gauge mechanic, it is extremely difficult for the opposition to lock you down and deal damage when using this play style properly.

Wait until your Sprint Gauge is full, then use Tri Attack on the desired target, dealing more damage and applying one of three debuffs to the target randomly. These debuffs are only applied when landing this attack, and include decreasing the targets attack, decreasing their basic attack speed, or decreasing their movement speed. Once this is done, use Agility to make Dodrio immune to hindrances, increase its movement speed, and instantly fill its Sprint Gauge. This combination allows for you to constantly have increased movement speed and increased effectiveness when using Tri Attack.

Like the Drill Peck Build, the use of the Attack Weight Held Item is essential in maximizing Dodrio's overall damage and effectiveness in a Unite match. For this build, you can pair this with the Float Stone Held Item to further increase your speed and mobility. Again, you will want to use Goal-Getter as your Battle Item, pairing perfectly with your Attack Weight and Dodrio's passive ability. 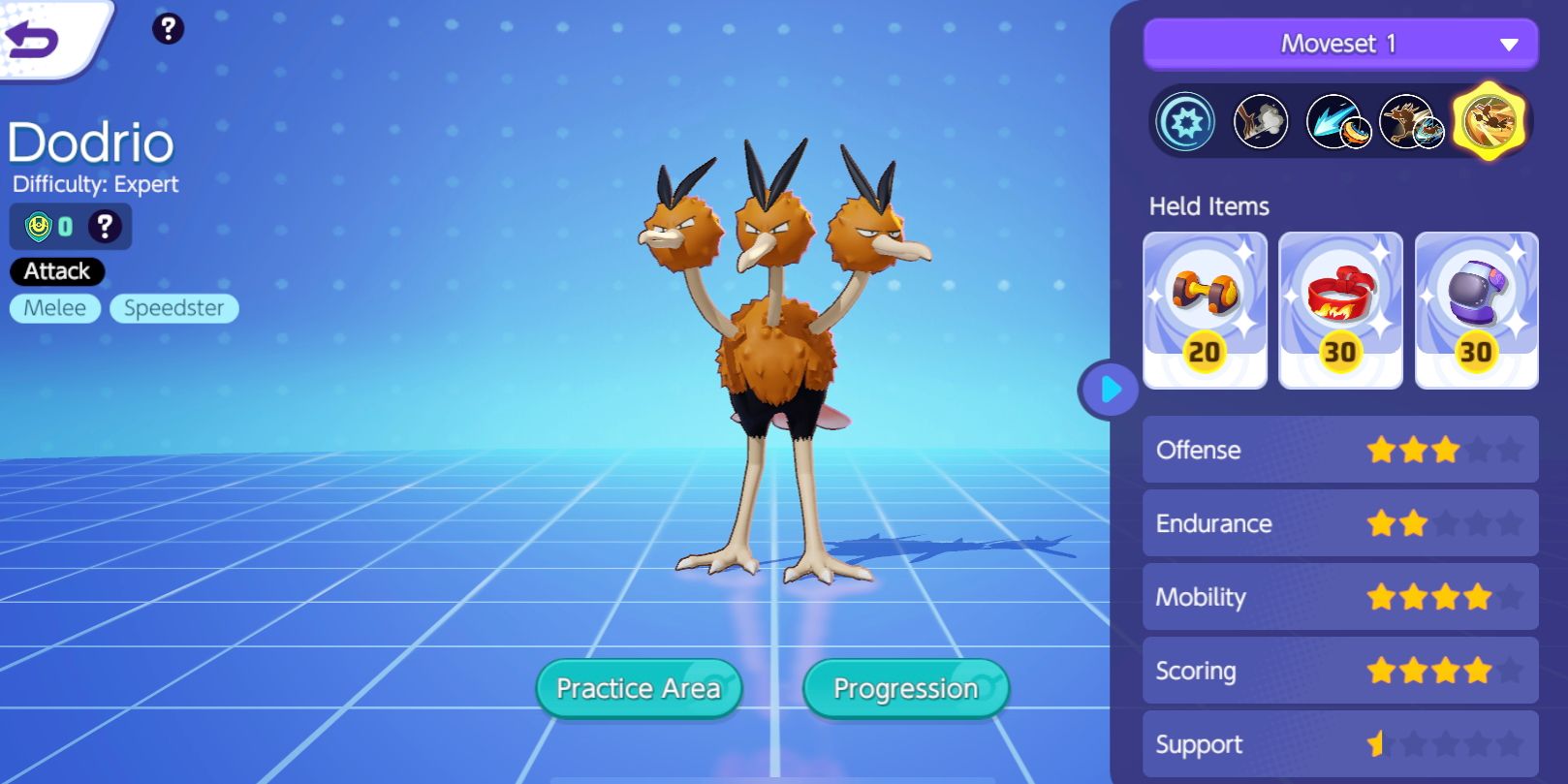