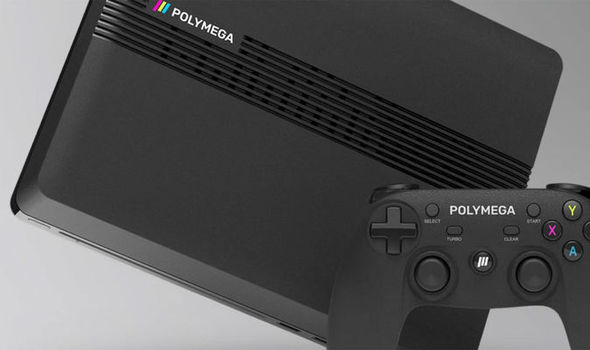 Playmaji this week announced the worldwide release date for the Polymega. The modular gaming console, which plays games from a variety of consoles released in the 80s and 90s, will launch on September 12 2021. This release date is for those that pre-ordered the console between September 2018 and April 2020 from polymega.com.

Pre-orders for bundles, base units, module sets and accessories will be fulfilled by the end of October.

Depending on where customers live, orders should take between one to three weeks to be delivered.

If you’re in the UK and Europe and you ordered the Polymega from Worldwide Distribution GmbH after April 2020 then – good news – there will be partial shipments in September!

This is the same for gamers in Japan that ordered from NK Trading, and ongoing order fulfillment will proceed through Q1 2022.

Speaking about the news, Playmaji CEO Bryan Bernal said: “Despite the challenging shipping environment presented by the COVID-19 pandemic starting last year, and other factors beyond our control at our Myanmar assembly facility in 2021, our team is excited to finally reach this critical release milestone, and further, we’re beyond grateful to our thousands of customers who stuck with us and believed in the vision of POLYMEGA and what it could mean to the future of the video games industry.”

Bernal added: “We’re now ready to move forward to the next phase of this project including the launch of our digital games store for Holiday 2021, and a sharp increase in production and availability of POLYMEGA systems for 2022 and beyond.”

The Polymega is a modular retro consoles that plays a wide range of games from the NES era all the way through to PlayStation.

While additional modules can be bought for cartridge games.

If you’re a Nintendo fan, then you can either pick up the EM01 module which plays NES and Famicom games. An adapter is required though to play games for the Japanese 8-Bit console.

Or, if you love 16-Bit games, then there’s the EM02 module that plays Super Famicom and SNES games.

All modules come with ports that allow you to use a console’s original controller, let you play games from regions around the world and also come with a selection of pre-loaded games installed on it.

The Polymega also boasts a slick user interface, and allows players to easily apply translation patches or rip a game onto the console’s internal storage – which is ideal for helping with preservation of the original game disc or cartridge.

And, being a modern console, all games played on the Polymega are outputed in glorious HD.

In the US the Polymega base console and wireless controller is priced at $449, with additional modules costing $79.

Polymega also offers a revolutionary light gun that works with the console and can be used with modern day HD TVs.

This is a real game changer for fans of arcade shooters like Time Crisis or Virtua Cop as the original light guns that was used for these games just work with old CRT TVs.

For gamers in Europe interested in the Polymega, the console can be purchased from the Worldwide Distribution website for €499.99 plus shipping costs.