Taking on the challenge of being the chemist in a town that basically hates your guts is a lofty one, especially when a good rapport with your patients is the key to success. Potion Permit would have you accomplish just that, introducing you to the town of Moonbury and its colorful cast of characters.

As a life simulation game, there are quite a few things that you'll need to get your head around when it comes to your new life in Moonbury. There are people to form attachments to, a wilderness to explore, not to mention all the potions you'll need to craft!

Talk To Everyone You See 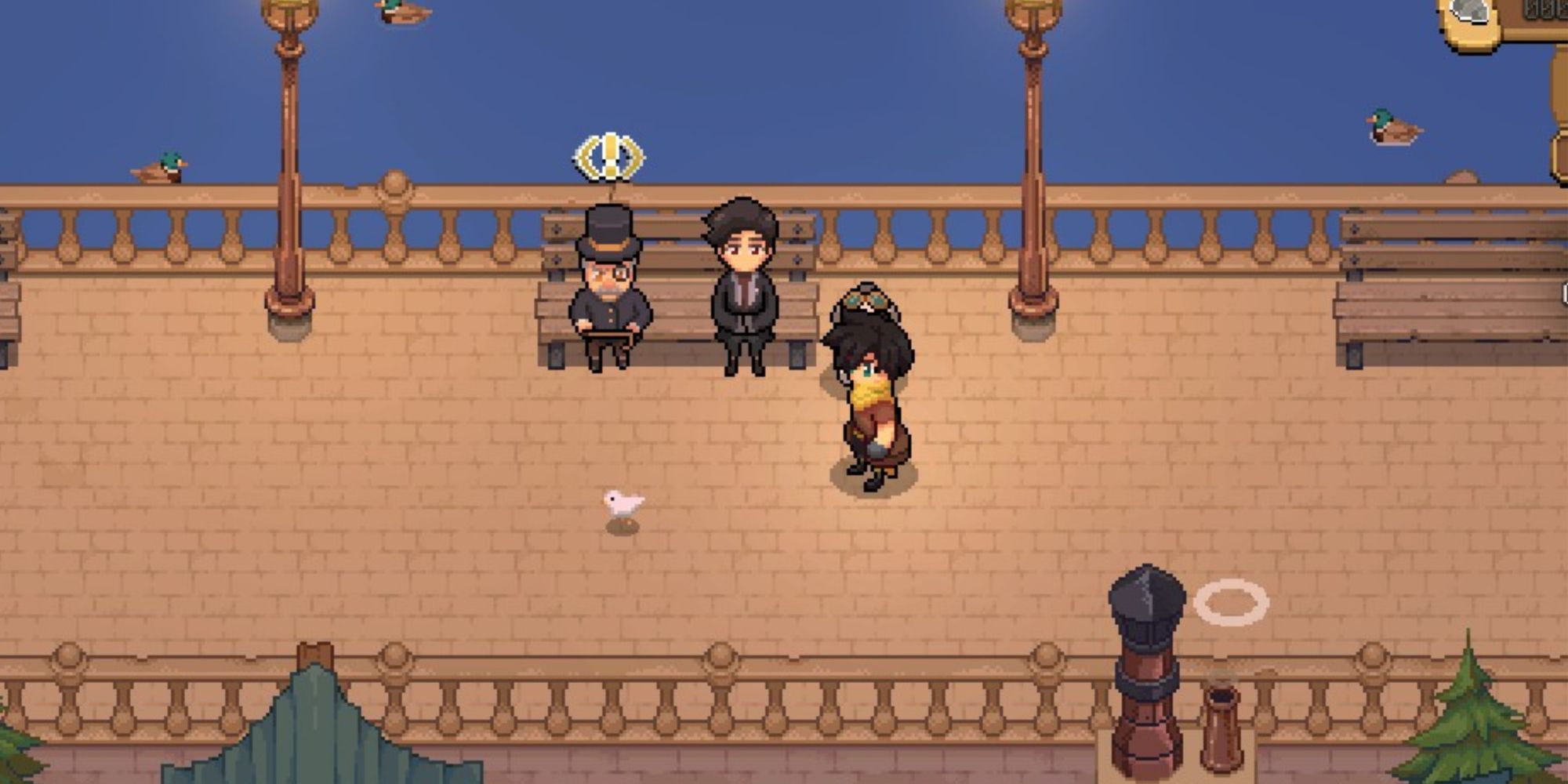 One of the only really reliable ways to get to know people in Potion Permit is to talk to them. Once per day, talking to a person will boost your trust meter with them a little – once it fills up entirely, you'll be able to take on a short quest or witness an event with that character to progress to the next relationship level.

The only other ways to increase your trust meter with a character is to complete a quest for them, gift them some Moon Cloves, or treat them in your clinic. These methods are all quite limited or reliant on random chance, so making an effort to chat with everyone you come across is the best way to get closer to the general populace.

If you're looking for a certain person to talk to, whether it's just for a chat or to hand in a quest, you can get your dog to find them – there's an option to the right of the food button that will let you pick any resident that you've met before. Your dog will then lead you directly to their location. 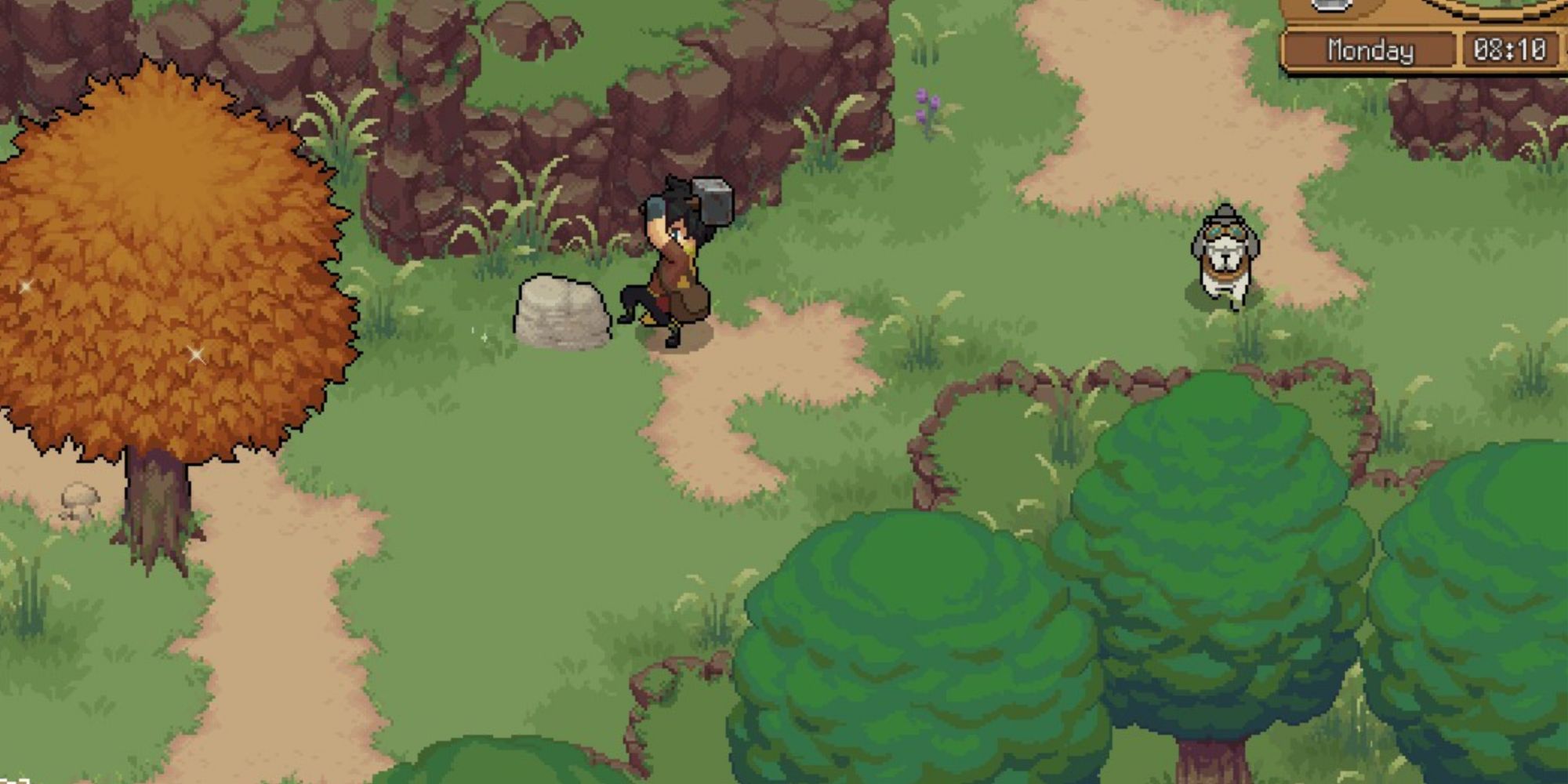 You have three tools to use in Potion Permit:

All three of these tools are very important to your quest, and they are also the weapons that you use to defeat enemies in battle, whether for your own protection or to harvest their valuable materials.

Upgrading these tools is an important part of the game, as upgraded tools do more damage to enemies and resources alike and can be swung faster in longer combos.

You'll have to upgrade all of these tools eventually, if only to save your stamina bar in later areas, but it's a very good idea to upgrade your scythe first every time it's possible. There are two main reasons for this:

Don't Worry About Wasting Your Day… 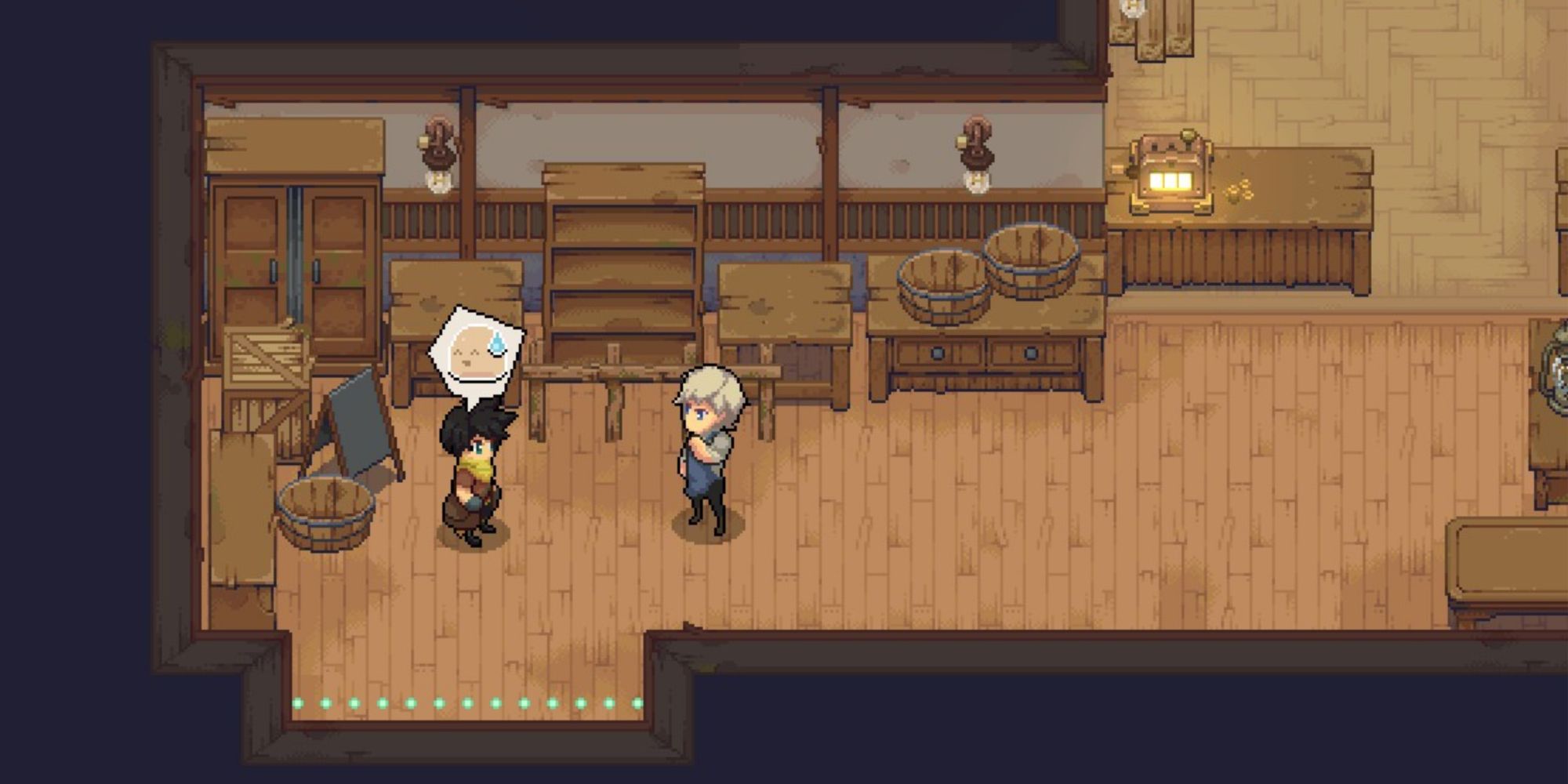 An important thing to learn about Potion Permit is that you should treat it as the chilled-out experience that it's designed to be. The only time limits you ever have to worry about are those on your patients in the clinic, and those are usually easy enough to deal with within a few hours of in-game time.

This means that you can end a day early without worrying. While there's a lot to do in Potion Permit, such as chatting to the locals, gathering materials, and brewing up potions to sell for a profit, there's nothing wrong with just skipping ahead to the next day if you need to respawn some resources or visit a shop that's closed on particular days.

…But Do Use The Spa! 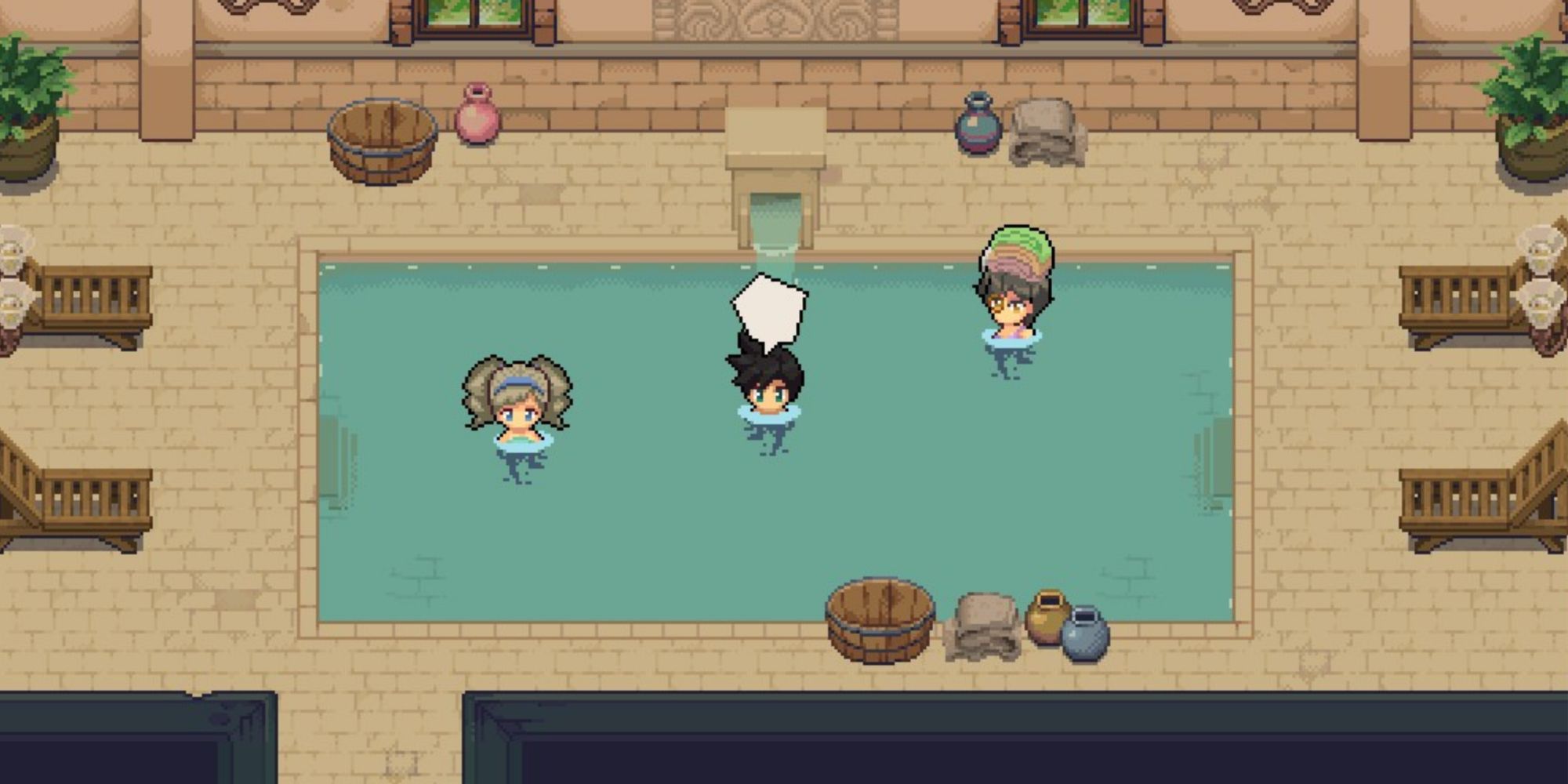 One of the things that might prompt you to head to bed early is running out of stamina. Without stamina, you can't use any of your tools, making most the outskirts of Moonbury pretty pointless to explore.

In the first few hours of the game, you likely won't have the money to buy all the food you require to stay energized all day – instead, you can use the spa! Using the spa will fast-forward time by two hours, but it'll also completely restore not only your stamina but your health too. This is incredibly useful if you're feeling quite spent after some trials and tribulations outside the town.

The spa is open from 9am until 6pm every day apart from Thursdays.

Don't Stay Out Too Late 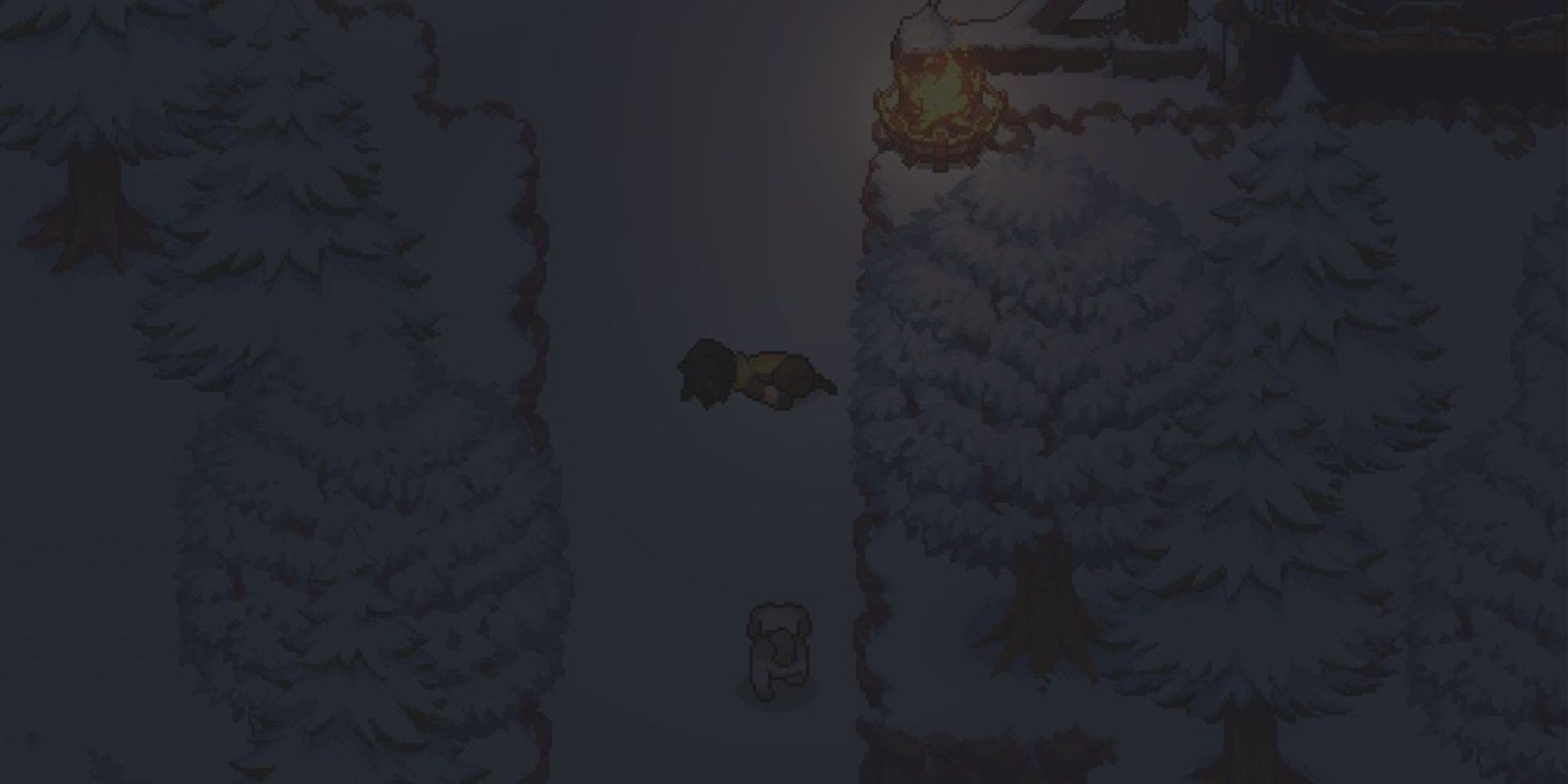 There are only so many hours in a day, and it's important that you know when to head to bed – after all, if you don't get enough sleep, you'll be groggy the next day, right? In Potion Permit, if you stay up all night until 2am, you'll keel over immediately.

Don't worry, you'll wake up in your bed, safe and sound! But you will only wake up at 12pm – that's a whole six hours of a day wasted, and possibly event windows missed. This will happen every time you pass out, which includes whenever you run out of health thanks to monsters. Take care of yourself if you want to stay active!

Use The Noticeboard Liberally 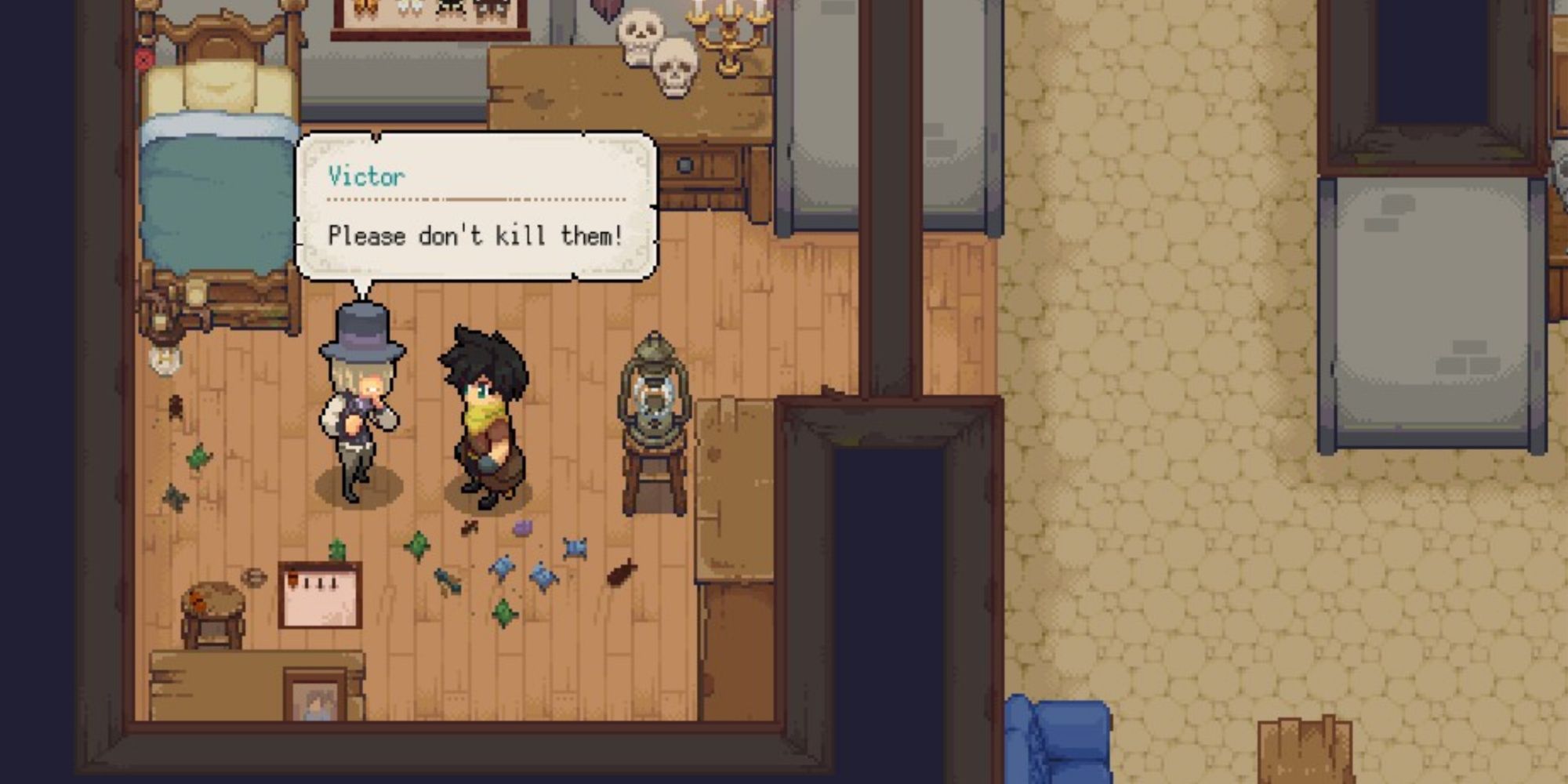 There are a few noticeboards dotted around Moonbury, and they play a big part in tracking your social life. Whenever you see an exclamation mark hovering over a noticeboard, it means that there's a quest or event that you can now take on or view.

Interact with a noticeboard to find out which notices are available – the name of the quest or event will be at the top, and the notices will give you a very specific window that tells you when the event or window can be started. It won't tell you exactly which location you need to visit, but the text itself will give you a good hint.

Try to plan your day around these notices, as quests are great ways to get Moon Cloves, which will help you greatly on your quest to become friends with everyone in town.

Don't Forget To Check The Jobs Board Every Monday 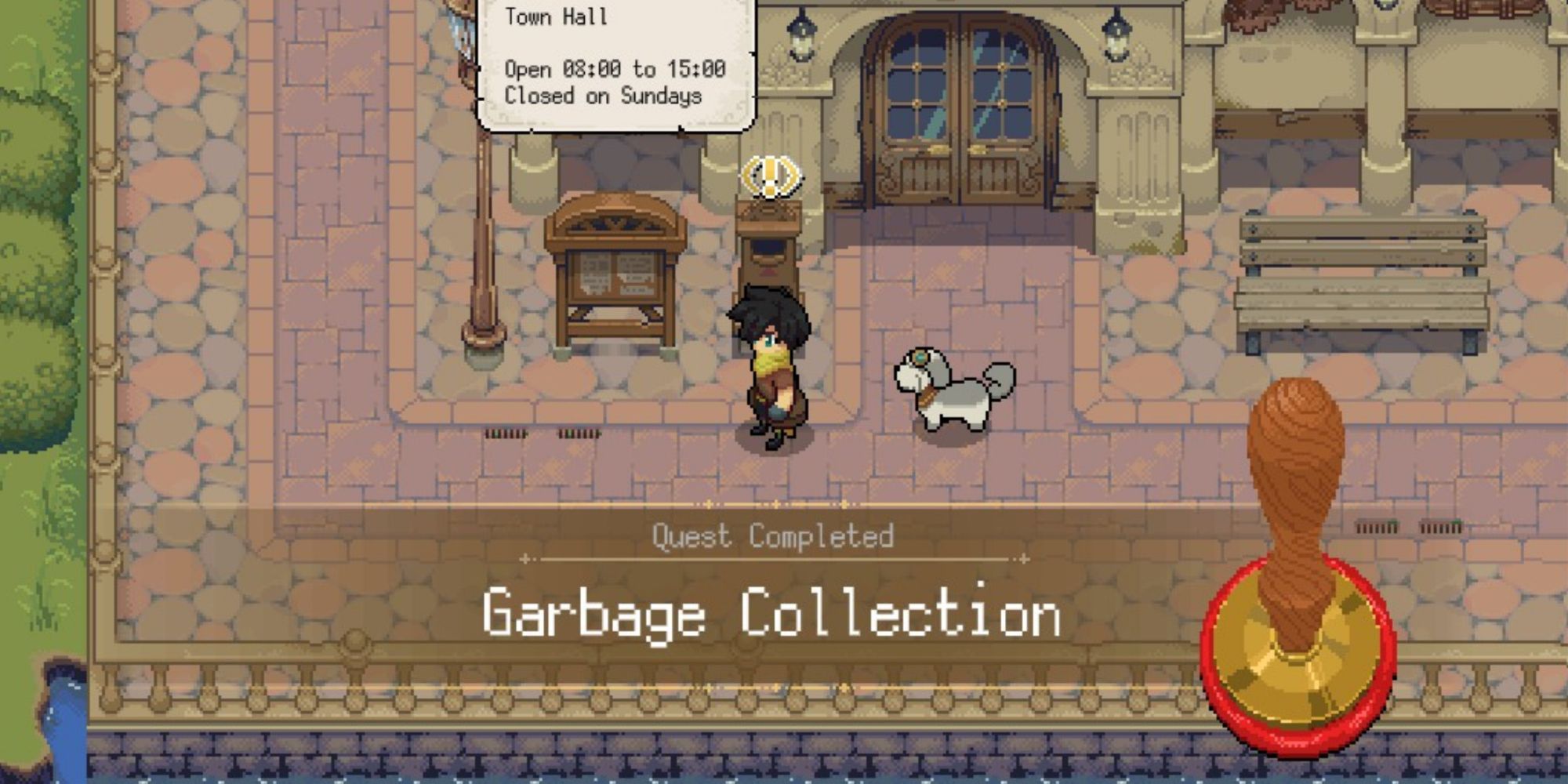 Very early on in the game, you'll unlock the jobs board inside the town hall. Here, you can take on quests that reset every week in exchange for a decent chunk of cash. Take on every quest you can when these arrive, which is every Monday.

Good quests to take on include the very easy ones that call for White Meat (once you've unlocked fishing) and those that get you to go around town picking up rubbish or collecting beehives. Remember to set these as your pinned quests to see the general location of your quarry in the minimap.

Taking on these quests is a great way to earn money before you can reliably and efficiently craft expensive potions to sell.