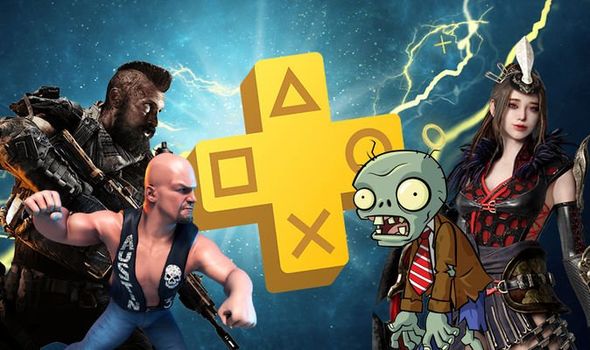 The next wave of PlayStation Plus games are about to be released for August.

The new PS Plus games have an August 3 release date and a 11am BST launch time in the UK.

August’s free games include Tennis World Tour 2 and Plants vs Zombies Battle for Neighborville for PS4, as well as Hunter’s Arena Legends for PS5.

The August games will be available to download until September 7. Sony will release a fresh selection of games on the same day.

With the latest batch of PS Plus games about to launch, subscribers only have a few hours left to download the July freebies.

The July PlayStation Plus games include Call of Duty Black Ops 4, WWE 2K Battlegrounds and A Plague Tale Innocence.

Subscribers be warned, this is also your last chance to download Virtua Fighter 5 Ultimate Showdown for free.

As for the August free games, Hunter’s Arena Legends is probably the most intriguing of all the new games.

A new entry in the Battle Royale genre, Hunter’s Arena Legends pits 30 players against each other and the computer in a battle to the death.

“The 30 player PvP and PvE combat-based battle royale is set in an ancient age in which humanity battles each other as well as a growing legion of demons that have been unleashed upon the world,” reads the official description.

“Dangerous but necessary for your continued survival: you’ll earn powerful items and experience points. Powering yourself up will give you a much-needed edge on the battlefield when you face off against your Hunter brethren.”

Things are a little underwhelming on PS4, where Tennis World Tour 2 and Plants vs Zombies Battle for Neighborville join the line-up.

“Play as the world’s top players or create your own pro and try to dominate the world rankings. Play for fun or take on Ranked mode to sharpen your skills.

“In Career mode, manage your season, your staff, your equipment and your sponsors. Alternatively take on friends locally or online in singles or doubles games. Whatever mode you choose, you’ll experience dynamic, realistic and precise gameplay that puts you in the heart of legendary rallies.”

In addition to monthly freebies, PlayStation Plus subscribers can also play multiplayer games such as Call of Duty and FIFA online with friends.

That’s on top of 100GB of cloud storage, which comes in handy when you’re running low on hard drive space.

If you want to grab the July and August free PS4 and PS5 games, then it’s worth heading over to ShopTo for cheap PlayStation Plus subscriptions.

The UK retailer is currently selling 12-month PlayStation Plus subscriptions for just £41.85, compared to £49.99 on PSN.