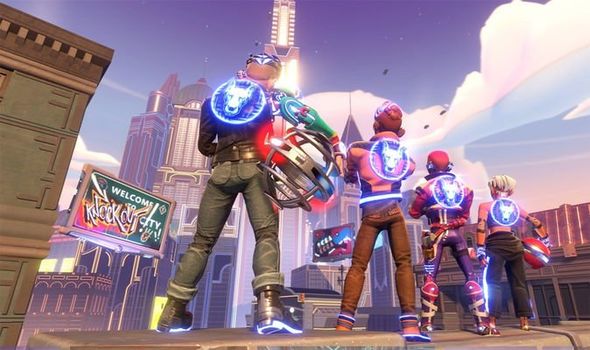 Upcoming EA title Knockout City is currently in the middle of an open beta.

The multiplayer beta has been running for the entire weekend, but is about to come to an end.

Fortunately, however, there’s still just enough time to download the free beta and play some games before launch.

If you want to sample the game for free, then you can download and play Knockout City until 2am BST on April 5.

That’s a whole evening of multiplayer dodgeball mayhem for what’s shaping up to be a really fun new game.

“Hit a new map in style, outplay your opponent in 1v1 Face-Off and get a feel for the new Sniper Ball.”

According to EA, the latest beta contains one or two new features compared to the previous trial.

The dodgeball beta comes with a brand new Back Alley Brawl map, which can be played in the game’s 1-v-1 Face Off mode.

EA is also trying out a new ball, as the speedy Sniper Ball makes an appearance in the game. The ball locks on to targets from across the map.

Finally, the latest beta features a whole host of new customisation styles, giving fans a glimpse of what will be available in the full release.

“Brace yourself for outrageous fun and intense competition in an all-new take on team-based multiplayer games.

“Customise your character and form a Crew with friends to start your Knockout City takeover.

“Knock out opponents with trick shots and coordinated teamwork while dodging and catching balls flying across the map. No ball? No problem! You can literally ball up, roll into a teammate’s hands, and become the ultimate weapon!