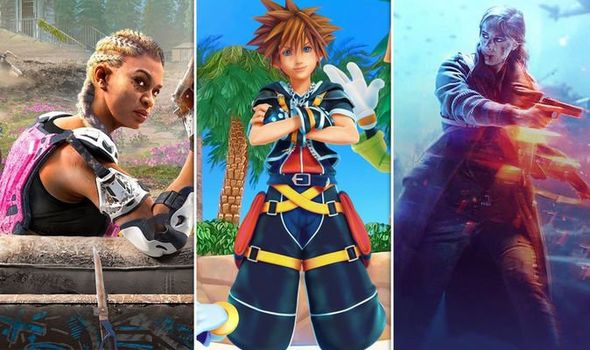 PS4 gamers can take advantage of an amazing new sale over on the PlayStation Store.

This includes discounts on big new releases like Kingdom Hearts 3, Battlefield 5 and Just Cause 4.

With Battlefield 5’s brand new Battle Royale mode launching as a free update next week, now is a good time to pick up the EA shooter.

Separate to the March Madness sale is Sony’s latest Deal of the Week promotion.

Replacing Red Dead Redemption 2, this week’s deal shines the spotlight on Far Cry New Dawn, which is reduced to just £23.99.

As for the March Madness sale, other bargains include Tekken 7, Just Cause 4 and Shadow of the Tomb Raider.

If basketball is more your thing, then you might want to grab the NBA 2K19 20th Anniversary Edition for £34.99.

Perhaps the biggest and best bargain of all is Sniper Elite 4, which is down to just £12.99.

With Rebellion recently announcing a Sniper Elite VR game and a full sequel, now’s the time to jump in.

The March Madness Sale runs until April 3, so there’s plenty of time to grab a discount.

Sony is also holding a sale for some of its best retro games, including Spyro Reignited Trilogy and Crash Bandicoot N. Sane Trilogy.