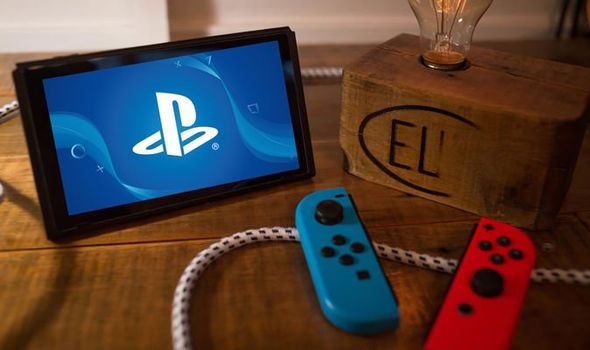 Nintendo Switch owners were jumping for joy this weekend, as a new leak claimed a huge PlayStation 4 exclusive was coming to the console.

The tweet – which has since been deleted – claimed that the brawler would be available to pre-order on the Nintendo device ahead of its February 14 release date.

Unfortunately, however, the excitement was short-lived as EB Games would later retract the claims about a Switch port.

“Please note that the details in this tweet were inaccurate, and were posted in error. The intention for the tweet was to highlight the PlayStation 4 version of the game.”

Of course, while the retailer may have been covering its backside until the official announcement was made, the rumours have now been well and truly killed by Street Fighter 5 producer Yoshinori Ono.

“Whaat!? No way, where can I get this product?” he tweeted. “Could it be that we didn’t realize that someone are making it? ;D Such item does not exist right now.”

While it’s bad news for Nintendo Switch fans, the same can’t be said for PlayStation 4 users.

If you own a PS4 and are yet to play Street Fighter 5, then the launch of the Champion Edition is a great place to jump in and try it out.

With a February 14 release date, Street Fighter 5 Champion Edition contains pretty much everything that has been released so far for the game.

The Champion Edition includes the original cast of 16 characters, as well as the 24 fighters that have launched as DLC.

This includes both Seth and Gill, the latter of which made his debut in the Street Fighter 3 saga.

“Gill is a master of both Pyrokinesis and Cryokinesis, allowing him to control fire and ice with perfect elemental balance (hence his outward appearance),” reads the official blurb.

“Typically plotting behind the scenes, Gill is now ready to reveal himself to the world, as he sets out to fulfil the prophecy that the secret society has coveted since ancient times.”

Elsewhere, the Champion Edition contains 34 stages and over 200 costumes – which is kind of annoying if you paid cash to unlock them beforehand.

The only thing it doesn’t include are the fighting chance costumes, brand collaboration costumes and Capcom Pro Tour DLC.