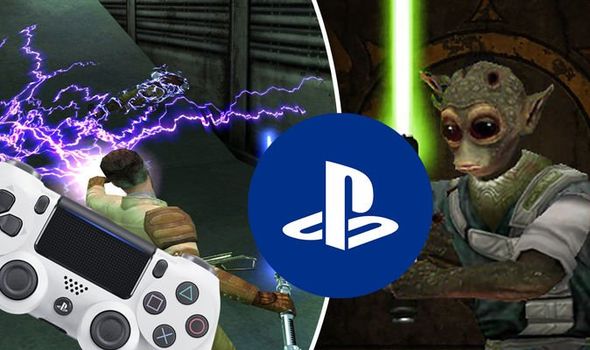 • Star Wars fans can download a host of surprise free items on PS4.

• If you want to download the Star Wars freebies, just visit the Aspyr website and grab a code.

Two of the best Star Wars games ever made will soon be available on the PlayStation 4.

The excellent Star Wars Jedi Knight 2: Jedi Outcast is out now on PS4, while Jedi Academy is coming to the console in early 2020.

To celebrate the imminent release of Jedi Academy, developer Aspyr is giving fans the chance to download a host of free Star Wars goodies on PS4.

Likewise, Star Wars fans can nab a boatload of Outcast and Academy avatars, without spending a penny.

If you’ve never played the Jedi Knight games then you’re in for a treat.

The third-person action games feature a variety of weapons and Force Powers for some interesting possibilities.

The best thing is dangling Stormtroopers over the edge of a huge drop using Force Choke, before hurling your Lightsaber through their torso.

“As Kyle Katarn, agent of the New Republic, players can wield a lightsaber and the power of the Force to combat a new evil plaguing the galaxy.

“They will need to choose wisely from an arsenal of 13 weapons including a disruptor rifle, thermal detonators, trip mines, and a Wookiee bowcaster.

“Players will test their skills in 24 single-player missions, four epic boss fights and one unforgettable cantina.”