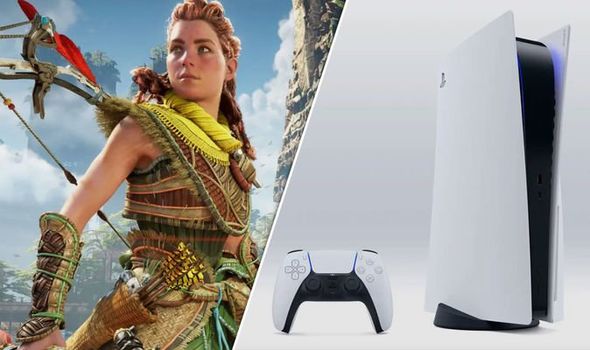 PlayStation gamers may have to wait a little bit longer for one of the most highly anticipated PS5 exclusives – Horizon Forbidden West. That’s according to in-the-know journalist Jeff Grubb, who has heard that Aloy’s next adventure could be getting delayed until 2022. The VentureBeat journalist revealed this in his Giant Bomb Show, however he caveated that the potential delay is not for certain.

Grubb also claimed that Sony could be gearing up to hold a State of Play in September, however it’s not clear if this will be a general State of Play or one dedicated solely to Horizon Forbidden West.

The rumour was highlighted in a post on Reddit. A Redditor wrote: “A member on Era shared that Jeff Grubb talked about Horizon: Forbidden West in his Giant Bomb Show, and apparently he heard that the game is getting delayed to 2022.

“Also, it seems like there will be a State of Play in September (though not clear if its dedicated to Horizon or a general State of Play).”

Grubb went on to reply to this saying: “Hi, I did basically say this. I tried to clarify that this is what I’m hearing and not that it’s a sure thing.”

Grubb has an enviable track record when it comes to accuracy, correctly leaking numerous announcements before they were officially made.

Things Grubb has been bang on the money about before include the recent reveal of Elden Ring, the date of an upcoming Nintendo Direct and Starfield being an Xbox exclusive.

Horizon Forbidden West is currently pencilled in for a 2021 release date, and was the focus of a State of Play broadcast in May.

In the aftermath of the stream – which showed off the gorgeous next-gen visuals of the Horizon sequel – Guerrilla’s Ben McCaw said development was “on track” and update would be delivered soon.

The narrative director said: “We don’t have an exact release date yet, but development is on track and we’ll have an update for you very soon.”

If Horizon Forbidden West does end up getting delayed to next year it will join other PS5 exclusives Gran Turismo 7 and God of War Ragnarok which were pencilled in for a release this year but instead are coming out in 2022.

And while it may be disappointing for PlayStation fans to see some of the top upcoming exclusives getting delayed, the Cyberpunk 2077 situation has shown that it’s far better to wait later for a game when it is good and ready then rely on post-release patches to fix issues at launch.