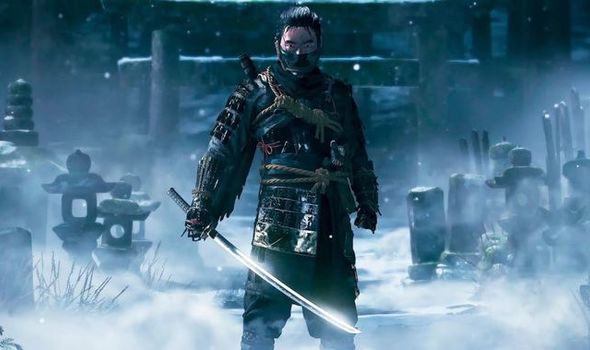 PS5 news has been coming thick and fast recently with more details emerging about the PS4 successor.

Last week Sony confirmed that the PS5 will have a release date of holiday 2020 and that it will be getting a major controller upgrade.

The PS5’s DualShock joypad will be ditching the rumble tech that PS4 fans have become accustomed to for more advanced haptic feedback.

This is meant to be so refined that in driving games the haptic tech lets players “feel” the difference between tarmac and dirt sections of a track.

That’s according to a post by Wired, with Sony’s Jim Ryan revealing the PS5 release date in an exclusive interview with the publication.

And now PS5 fans have been teased about games they could be playing when the next PlayStation arrives before Christmas next year. 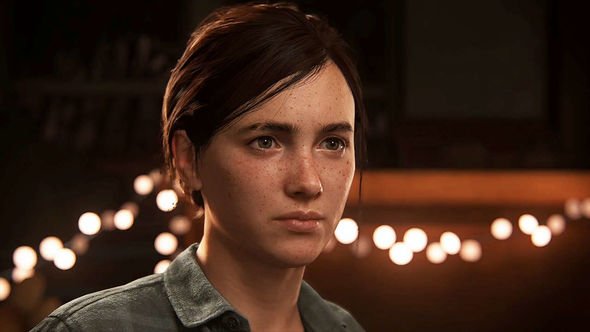 They asked: “What game will you be playing day one on your PlayStation 5?”

They offered a number of potential choices: Horizon Zero Dawn 2, Last of Us Part 2 Online, Killzone Online and Ghost of Tsushima PS5.

Horizon Zero Dawn has been heavily rumoured to be in development for the PS4 successor.

While Ghost of Tsushima is also rumoured to be a cross-gen title with the next PlayStation. 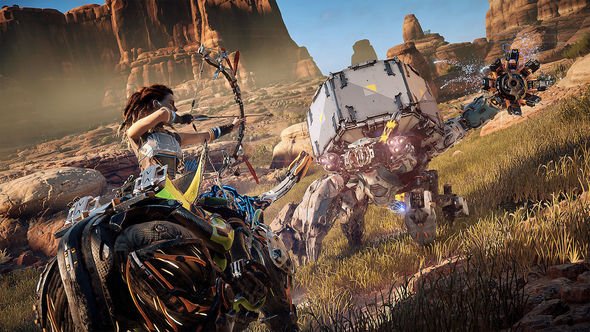 But Last of Us Part 2 Online and Killzone Online were both surprising choices.

Fans may have been left wondering if some surprise PS5 release date news had been left slip.

However, the Official PlayStation UK Magazine later clarified that these potential launch games were just speculation on their part.

They tweeted: “Obviously this is speculation on our part, not confirming anything. Just let us know what you want to play on PS5.”

Fans, however, shouldn’t have too much longer to wait to find out what the PS5 launch line-up will be.

It’s rumoured that Sony are holding a PlayStation Meeting event in February 2020 where the PS5 will be officially unveiled.

If that’s the case then fans will likely see the console and controller for the first time along with games running on the system. 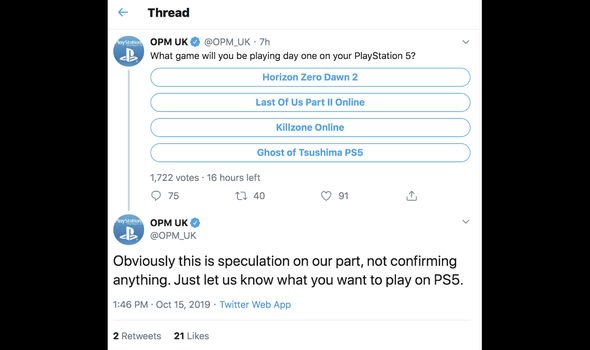 It’s also possible that the launch line-up for the PS5 along with a price will be revealed then.

Sony has already confirmed this year that the PS5 will be capable of 8K visuals and ray-tracing graphics and that it’ll be backwards compatible.