PS5 vs Xbox Scarlett Specs: Is PlayStation 5 more powerful than Microsofts next console? 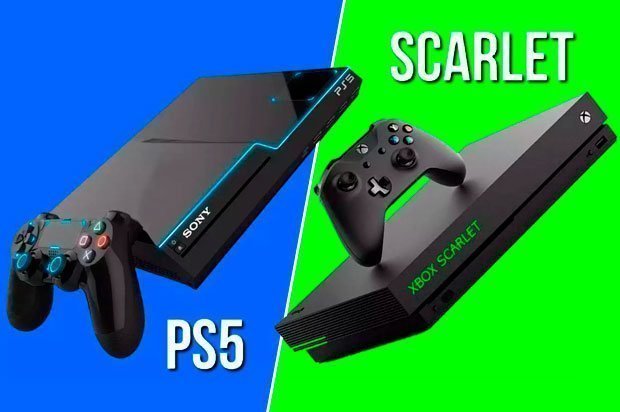 We are on the cusp of the next generation in gaming.

The PlayStation 4 and Xbox One have had a good innings, but now we’re about to see the bigger, shinier, newer consoles take over from the reigning machines and blow our minds with the best new graphics, the lowest loading times ever, and – probably – 8K graphics.

This new wave in console hardware hasn’t even launched yet, and already we’re seeing the console war between Sony and Microsoft start afresh.

Back at E3 2019, we heard Microsoft state that the Xbox Scarlett will be ‘four times more powerful’ than the Xbox One X – the most powerful console available on the market at the moment.

Sony has revealed vague hardware information about the PlayStation 5, but nothing too in-depth (at the time of writing). However, industry experts have been talking to those in the know about the new hardware and it looks like Sony may be the ones to come out on top this generation.

This week, executive editor of Game Informer, Andrew Reiner, took to Twitter to explain that the next-gen PlayStation hardware is rumored to be more powerful than the next-gen Xbox release, Scarlett.

Elsewhere, other industry experts have spoken out on the matter, too, mentioning that casual chats with E3 have been painting a picture where Sony is providing the better dev kits this generation.

According to former IGN editor Colin Moriarty, for example, the PS5 is definitively more powerful than Project Scarlett.

Moriarty stated on his podcast, Sacred Symbols (below), that the Reiner rumour we mentioned above is indeed correct.

Moriarty, though a divisive figure in the industry, is well-connected. His insistence that these rumours are true – and his slightly more in-depth exploration of the information – is worth taking note of.

It’s worth noting at this point that the devkit is not always the same as the final build when it comes to consoles – so the specs are still somewhat up in the air. Moriarty has also been traditionally closer with Sony than Microsoft so his information could come from ‘Sony-first’ devs. Take it all with a pinch of salt, then.

We’re going to wait and see what the final revealed specs are for both machines before drawing our own conclusions, but from all the fuss Microsoft has made this generation about having the most powerful machine, we’d be surprised to see the company let PS5 dominate the Scarlett this time around.

We’re almost certain to learn more about these machines before the end of the year.