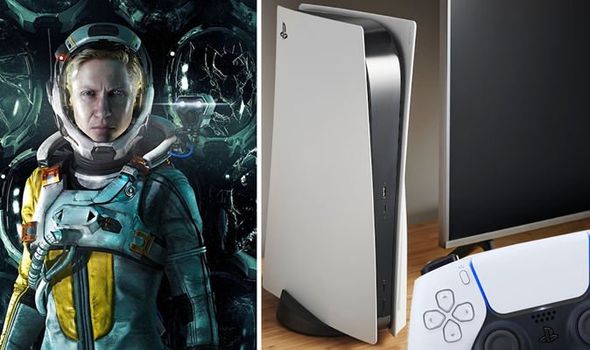 Sony has added a new studio to its first-party line-up, as Returnal developer Housemarque joins the family.

The Finnish gaming studio made a name for itself after developing titles such as Super Stadust and Dead Nation.

Housemarque has been present at the launch of both the PS4 and PS5, developing Resogun for the former, and Returnal for the latter.

That’s on top of Alienation, Matterfal, and my previous favourite (until Returnal came along) Nex Machina.

Speaking of Returnal, the game represented something of a departure for Housemarque, replacing twin-stick shooting and side-scrolling platforming, with third-person action and narrative-driven presentation.

Returnal is undoubtedly one of the best PS5 exclusives to date, sitting pretty with a Metacritic score of 86%.

The news of the acquisition was announced alongside a PlayStation Blog post presented by Head of PlayStation Studios Hermen Hulst.

“Today I’m thrilled to welcome a new member to the PlayStation Studios family!” the post reads.

“I have been a fan of Housemarque since the studio’s early days when they introduced Super Stardust HD to PlayStation fans.

“Housemarque’s recent release of Returnal proves the studio is one with incredible vision, capable of creating memorable new games that resonate with our community.

“This addition enhances the creative force of PlayStation Studios, and I cannot wait to see what the future holds for Housemarque.”

According to Housemarque co-founder Ilari Kuittinen, the studio will continue to experiment with “new methods of narrative delivery”.

“This gives our studio a clear future and a stable opportunity to continue delivering on gameplay centric approaches, while still experimenting with new methods of narrative delivery and pushing the boundaries of this modern artform,” Kuittinen explains.

“Locally here in Helsinki, this also means that we will officially expand the PlayStation family to a growing industry hub and secure the legacy of the oldest game studio in Finland.”

“We at Housemarque are gamers, and we have grown from the need to perfect and tinker with facets of games that we have found most fascinating. We are also not known for shying away from running our own course and trying out new combinations.

“With the backing of SIE and its family of studios supporting us, we can truly grow into our place in the industry and show what Housemarque can create with no limitations.”

Sony’s acqusition of Housemarque sets the stage for a titanic battle between the PS5 and Xbox Series X.

Microsoft has made some high-profile acqusitions of its own in recent years, including the purchase of Zenimax and Bethesda.

Indeed, Microsoft’s acquisition of Bethesda has given the Xbox brand a huge boost, with games like Starfield and the next Elder Scrolls becoming exclusive to Xbox consoles.