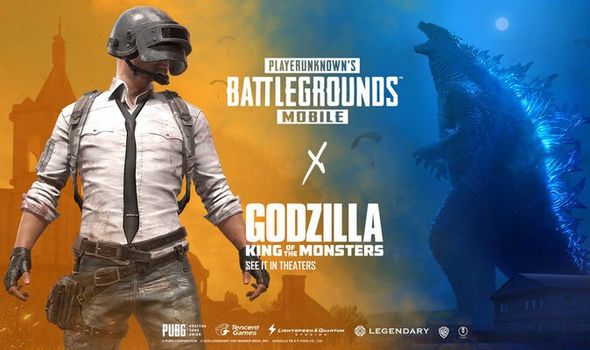 PUBG Mobile fans will have a monster new update to download soon as part of a big crossover event with Godzilla: King of the Monsters.

The new crossover event will celebrate the launch of the next chapter in the world-renowned ‘Monsterverse’ franchise, which is coming to theaters worldwide May 31, 2019.

The new story follows the efforts of the crypto-zoological agency Monarch as its members face a battery of god-sized monsters, including the mighty Godzilla, who collides with Mothra, Rodan, and his ultimate nemesis, the three-headed Ghidorah.

Most of the information we have on the new event comes from a new trailer released today by Tencent.

From the trailer released today, it would appear that fans will be able to collect new items that come from the new movie crossover.

However, it doesn’t appear that there will be a new mode, based around invading monsters from the film.

The new items available to earn during the upcoming event have not been revealed but could be confirmed in the coming days.

Tencent also recently announced the launch of a new gameplay management system, which encourages players to balance out their play time, which started rolling out with the Season 7 update.

“PUBG MOBILE is committed to being a responsible interactive entertainment provider. With experts worldwide examining the impacts of technology and videogames on players of all ages, our team wants to ensure our community is equipped to make informed choices when it comes to PUBG MOBILE,” said Vincent Wang, General Manager of Global Publishing Department, Tencent Games.

“Today’s announcement is a proactive step in ensuring that hundreds of millions of players worldwide can continue to enjoy PUBG MOBILE in a sustainable manner.”