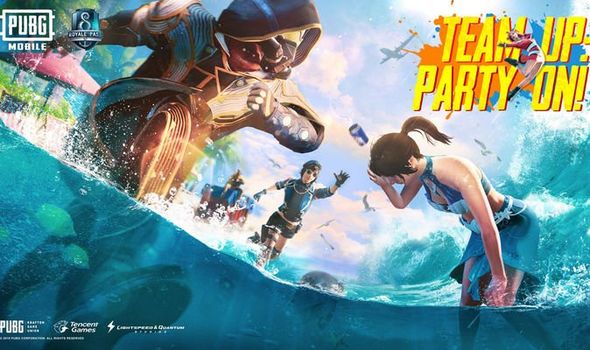 It’s been confirmed that the new game update has begun its release but has yet to reach everyone.

Tencent has warned that while this process takes place, some gamers may not be able to play with others.

This will be due to one player having one version of the game and their friends having another.

The good news is that everyone should be up to speed and have access to PUBG update 0.13.5 by the end of today.

“A new update of PUBG MOBILE will be rolled out starting on July 16. Please make sure there is at least 181 MB of available storage capacity on your iOS devices and 158 MB on your Android devices,” a message from Tencent reads.

“Friends playing on different versions of the game cannot invite one another, so please update at your earliest convenience.

“Version Update Rewards Update the game between July 16 and July 22 to get Parachute Trail I and 1 888 BP.”

When it comes to downloading the new version of PUBG Mobile, Tencent has revealed that An iOS background download and update feature has been added.

While downloading a new patch, iOS players can now send the application to the background like Android users. Tencent has also released further news regarding the launch of Season 8 and the Royale Pass.

As mentioned above, the update process will need to be completed before this new content goes live, which could mean waiting until tomorrow, July 17.

The development team has confirmed that Season 8 is ocean-themed, meaning a lot of nautical outfits and skins coming our way.

“This summer, brave warriors of PUBG MOBILE are out at sea, broadening their horizon in the beautiful underwater world. They even discovered some long lost treasures in the ocean,” Tencent adds.

When it comes to new Seasonal features, players can now ask their friends for the elite pass or elite pass plus. It sounds like this new friends request feature makes it possible to buy others the Royale Pass, but it’s hard to ultimately workout from the patch notes shared so far.

Select items from season 2 and season 3 are being brought back during Season 8, with players able to get these rare items in rank rewards and redemption crates.

A new summer carnival event has also been announced for the Season 8 Royale Pass, no doubt attached to the Treasure chests hinted at by the support team.

Other events are also being planned for Season 8, including a collaboration with Alan Walker that involves players utilising an Alan Walker-themed outfit that resembles his mask and hoodie, while unlocking new musical content.

Patch notes for today’s PUBG Mobile update can be found below, including details regarding Season 8 changes on Android and iOS: