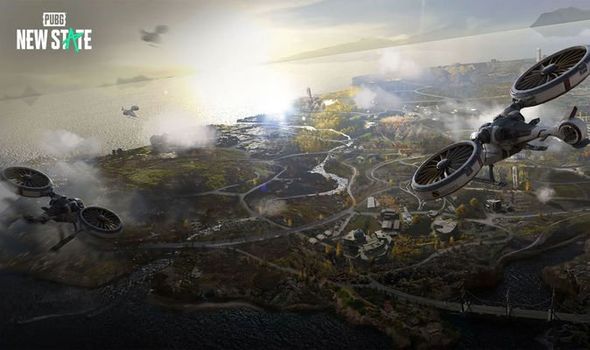 The development team behind PUBG New State has confirmed that a fresh update for the new shooter is launching very soon.

Those who want to collect all the fresh freebies will need to log in a lot over the next seven days to make sure they don’t miss any addons or cosmetics.

New rewards include Chicken Medals and BP Random Boxes each day, with the event scheduled to begin today.

All the rewards listed below are time limited, meaning you will miss out if you don’t login each day this week:

Meanwhile, Krafton has confirmed that a new PUBG Mobile update will be launched next week to help improve performance and overall gameplay.

A message from the PUBG team explains: “The Battlegrounds will undergo maintenance next week. For this patch, we will be implementing updates mainly to tackle bugs, make improvements, and enhance the anti-cheat system.

“We also took a lot of the feedback we’ve received from the community and focused on making improvements for controls, squad kills, and sound systems in this patch as well.”

Patch notes for the new update are as follows:

Nearby Share: Android explain how users can use new feature

Changes and Improvements to Gyroscope

“We understand that there are cases of Survivors deliberately killing their squadmates, which removes the fun and is quite frustrating for those affected. Because of this, we plan on making improvements to squad kills by using feedback we received from the community. Currently, we are developing a system that punishes Survivors who were judged to have deliberately killed a squadmate by temporarily restricting them from squad matchmaking. This will be implemented into the game in December. After this update, Survivors will not take damage when they are hit by a vehicle being driven by a squadmate. In the future, we will continue to investigate and take strong measures against trolling and deliberate actions that negatively affect the experience of other Survivors on the Battlegrounds.”

Changes and Improvements to Sound Systems

Will fix an issue where the sounds of footsteps were not consistent in certain situations.