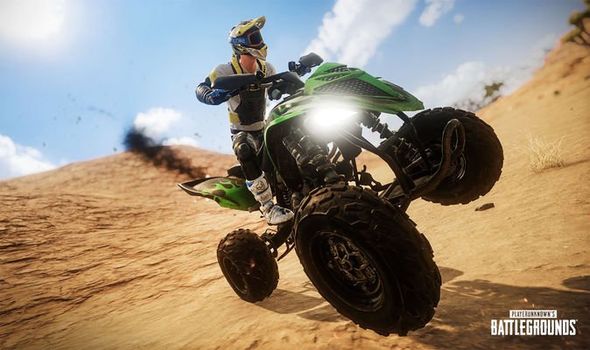 Krafton is promising some big changes with the next PUBG update being released this week on Steam.

Launching on June 2, PUBG 12.1 will include a number of map improvements for Miramar, including a bump in visual fidelity for textures and materials across locations.

Additional cliffs have also been added for steep slopes, which indicate areas that cannot be climbed easily.

A message from PUBG team adds: “Miramar holds a special place in our hearts; launched alongside PUBG 1.0 in December 2017 we’re thrilled to show you the improvements made for Season 12.

“Throughout the map, we’ve focused on improving the overall visual quality (lighting especially) while also keeping a close eye on improving player interactions with the environment to improve your gameplay experience.

“While points of interest will still feel very familiar, we’ve introduced key changes to improve core gameplay and keep things feeling fresh. Keep an eye out and let us know what you think.”

PUBG fans are also getting a new weapon to wield, with the Lynx AMR making its debut with PUBG 12.1.

Kraton says that the Lynx AMR will be the game’s first Anti-Materiel Rifle, a semi-automatic crate gun capable of damaging military equipment and armour, in addition to players and vehicles.

This will instantly make it the best anti-vehicle sniper rifle available and will be capable of destroying BRDMs and even penetrating the windows to kill its occupants.

It will also provide a brutal counterweight to the game’s newest vehicle, the Quad, which comes with two seats and 750 Health points.

HOW LONG ARE PUBG SERVERS DOWN TODAY?

PUBG servers are scheduled to be down for a whopping eight hours, meaning maintenance will begin at 5:30pm PDT, or 1:30am BST.

“Once complete, Update 12.1 with the Updated Miramar, Quad vehicle, Lynx AMR and more will be available on live servers.”

As always, maintenance could be extended or shortened, depending on how well the new patch is delivered.

Early patch notes have also been released and can be found listed below: