I’m not very far into Rage 2 yet, and thus don’t plan to spend much time dissecting it here. Perhaps we’ll get around to doing a proper review. Perhaps we won’t.

Perhaps that ambivalence is all the verdict you need. So far, what I’ve played has been underwhelming, to say the least. Rage 2 is a far blander experience than I expected, both based on our hands-on time last year and the game’s own over-the-top marketing. I was promised zany. I was promised the type of game where it’d make sense for the NBA Jam announcer to shoutcast your kills. 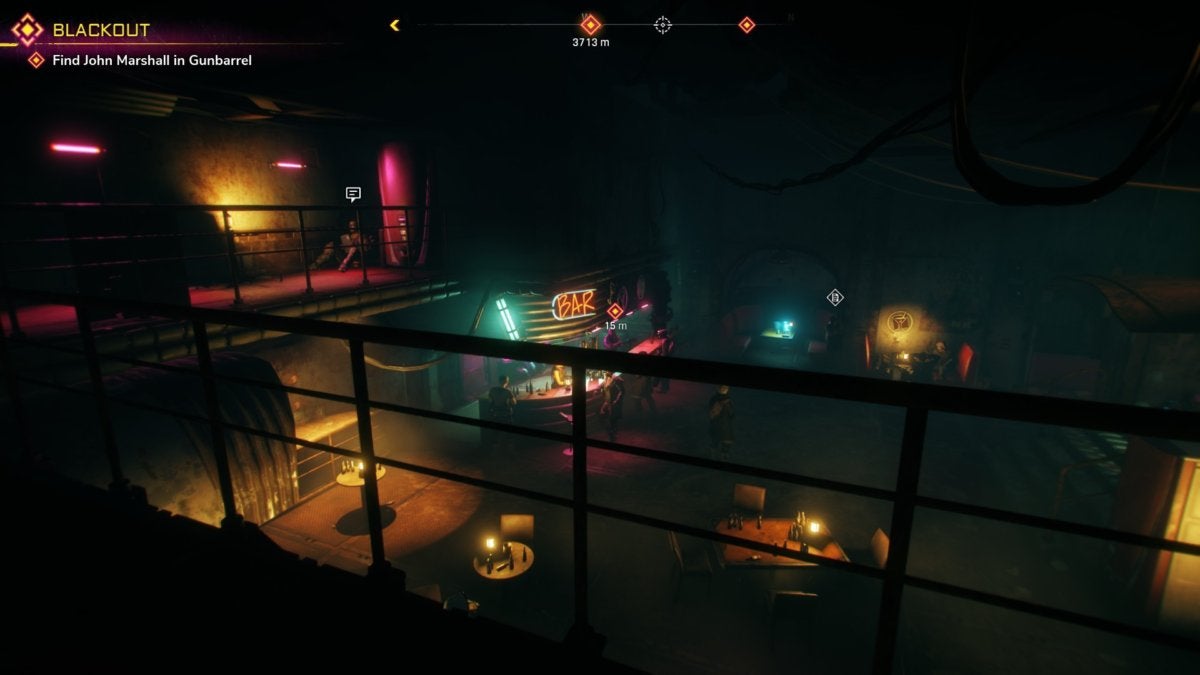 And I was all-in for that Rage 2. I initially thought it was silly to make a sequel to Rage, one of last-generation’s least memorable shooters, but was sold on the premise of a much sillier post-apocalypse mixed with some snappy combat.

Instead it feels remarkably like the original Rage, insofar as every character I’ve met has been either 1) Unlikable or 2) Unmemorable. A few times now I’ve caught myself reaching for my phone as soon as a character starts talking to me, which is a bad sign. I mean listen, I follow some great people on Twitter, but rarely do I find myself so disengaged with a game’s story—and so early, too. 50 hours in? Sure, sure, tell me where the hell to go to kill the monster to get the magic sword. But I’m only a few hours into Rage 2 and already I couldn’t give less of a damn about the plot.

Something about Arks? The Authority? A big ol’ fascist robot-man? And the most contrived “You’re actually the hero we’ve been waiting for” hook I’ve seen in ages, except not over-the-top enough to feel satirical? 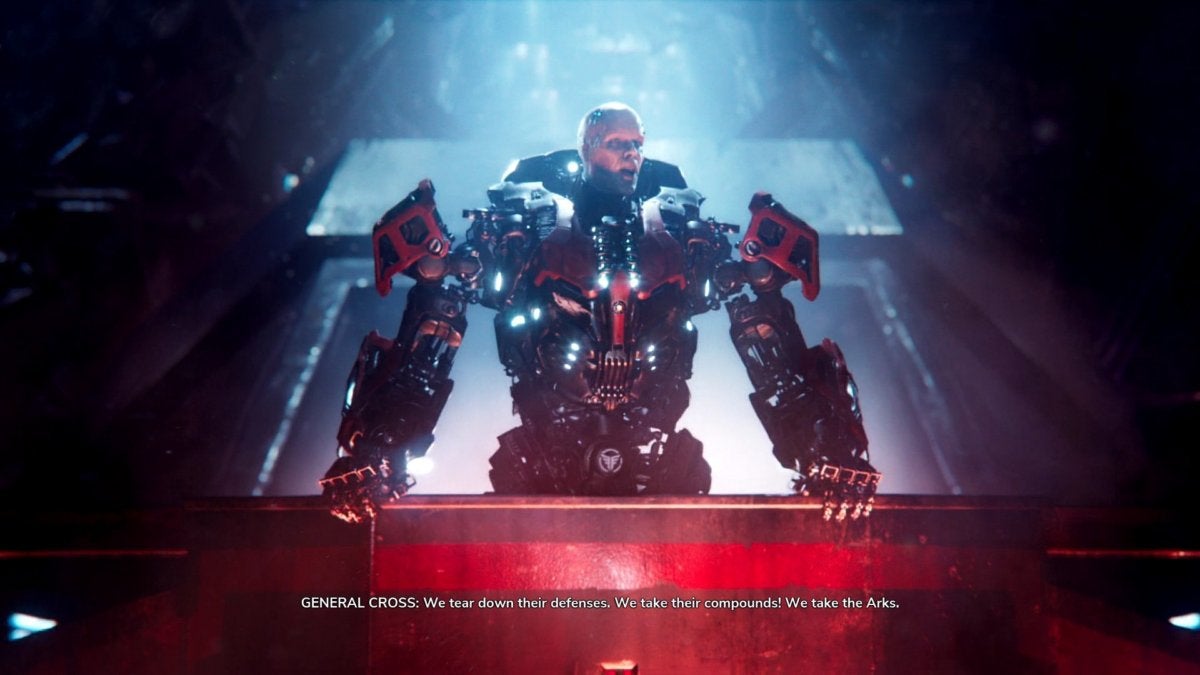 Again, we’ll see whether I get through it—and if I do, it’ll be because of the guns. Those are Rage 2’s saving grace. A few hours in, I’ve unlocked the shotgun and the ability to double-jump, and I’m having a decent time leaping off rooftops and express delivering lead to various faces. It’s not high art, but it was never going to be.

That said, I’m a bit amazed how poorly this ostensibly PC-centric shooter plays on PC, at least by default. Rage 2 was codeveloped by id and Avalanche, and I expected a really tight shooter the likes of the superb 2016 Doom reboot.

Rage 2 delivers to an extent. The assault rifle feels good to nail headshots with, especially given the little red skull that pops up over the reticle to indicate a kill. And the shotgun’s one for the books, with an alt-fire mode that sends enemies ragdolling backwards. 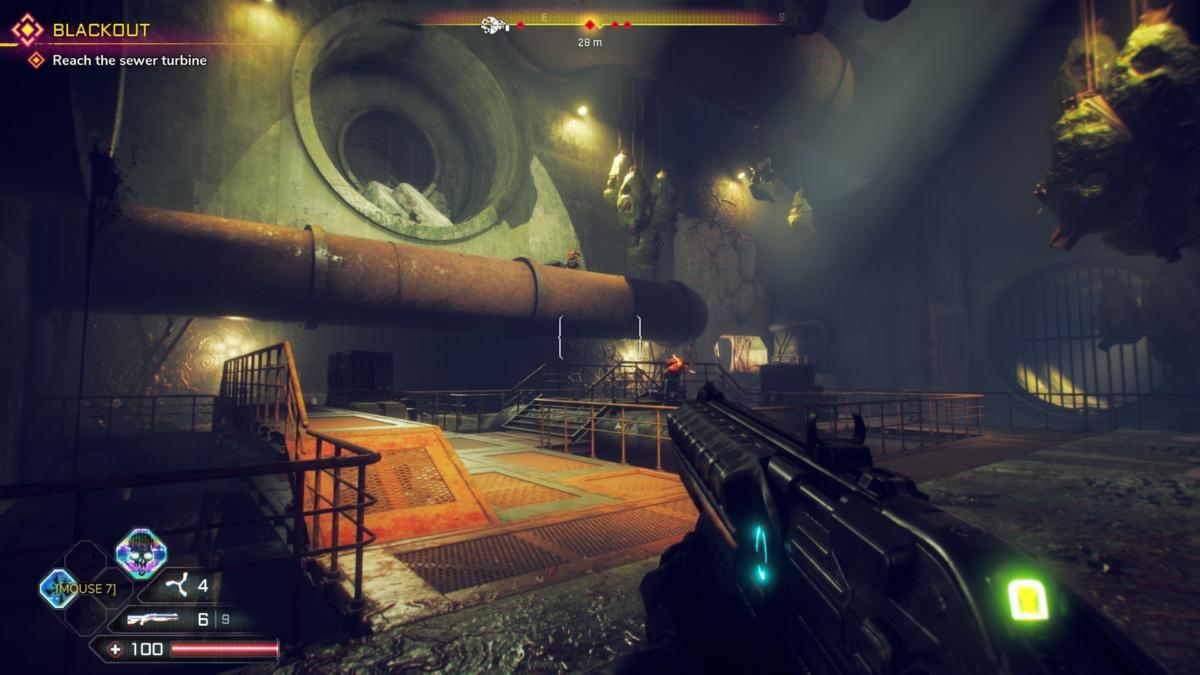 Then there are your Focus powers, which you unlock over the course of the game. You can fling enemies backward and break all their armor off, or slam down into the ground and pulverize someone into gibs, or suck enemies into a miniature black hole. I wish there were more powers and that they were more creative—hell, there are two different versions of “Force Push” here essentially. But it’s nice to have some new options given the relatively straightforward Doom-esque shooting.

The Focus controls are asinine though. I’ll note up front: Everything in Rage 2 is remappable, and thus the problem I’m about to outline is easily solved. But I cannot imagine why anyone thought the correct way to lay out these controls was to require the Ctrl key as a modifier, a la keyboard shortcuts.

If you tap Ctrl, you dash. Hold down Ctrl though and you get access to your other powers. For instance, Ctrl-F is the default for Shatter—the first Focus power you’re likely to unlock, the one that propels enemies backward. The others are Ctrl-Space Bar, Ctrl-C, and Ctrl-R. 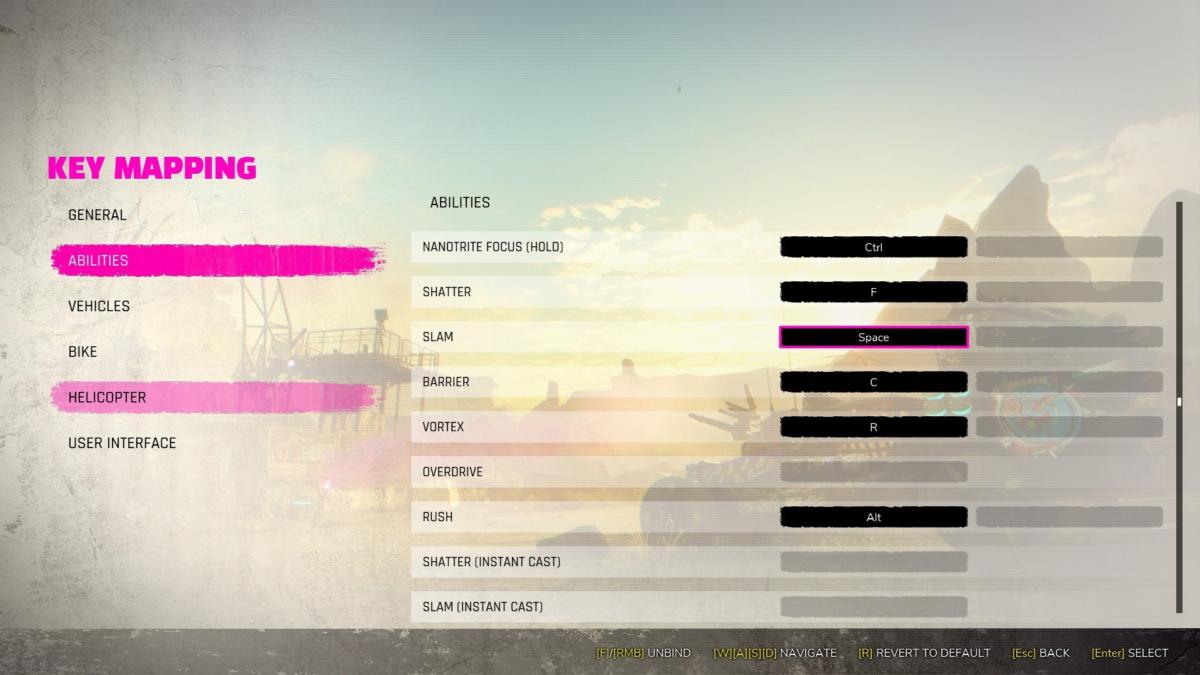 It’s not impossible, but it is annoying in my experience. Rage 2 is a fast-paced game, rewarding constant movement, and trying to hold down W plus Ctrl plus C plus a strafing key like A or D mid-fight? And doing it multiple times a minute for hours on end? It’s unwieldy.

As I said, your best bet is to remap the controls. At first I moved the Focus trigger (which is also Dash) to one of my mouse’s thumb buttons, and that helped. Ultimately I realized I needed the powers more than I needed instant access to my entire gun arsenal though. I ended up remapping 1 through 4 to my powers, and when I need the guns that used to be kept there I just hold down Q to get the weapon wheel. It’s a much more intuitive setup, and has saved me from resorting to a gamepad for a first-person shooter on PC.

There are other problems though. For instance, there are different mouse sensitivities for normal movement and aiming down sights. Fine—except that by default, the sensitivity when aiming drops to a crawl. Perhaps it’s another gamepad-centric decision, meant to aid lining up headshots, but it felt terrible to me, especially in a game this fast. I’d recommend cranking the aim-down-sights sensitivity up immediately. 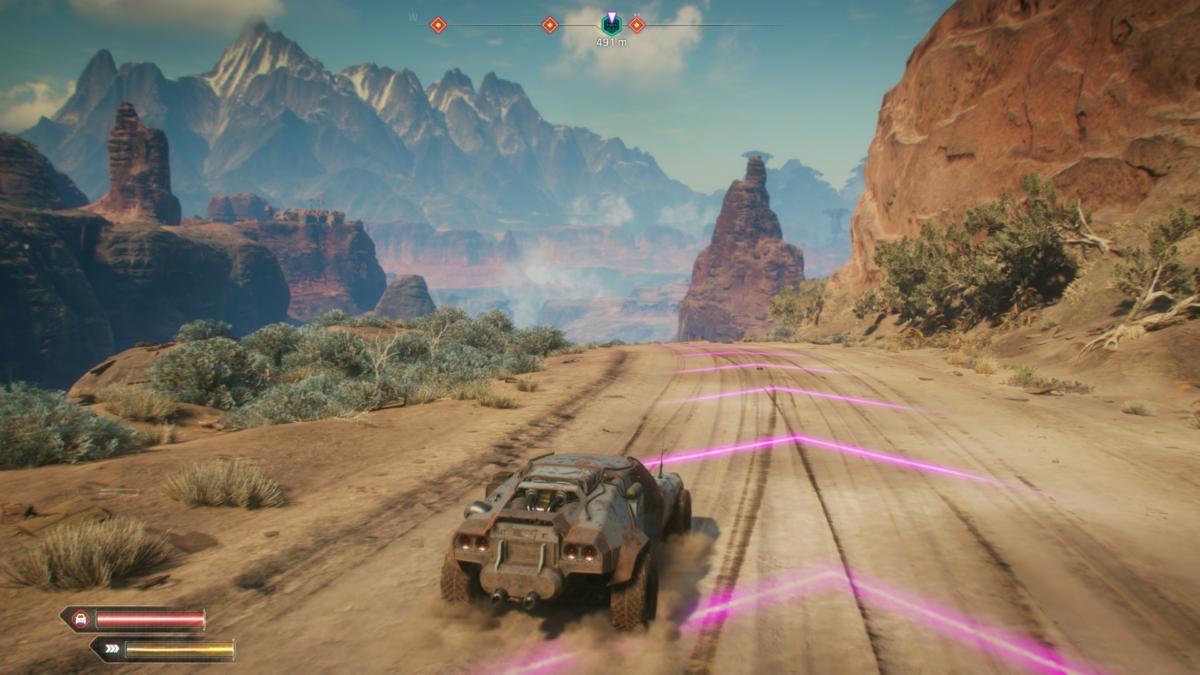 And then there are the issues that can’t be fixed. Driving is rough, with every car understeering like we stumbled into Project CARS. Given that Rage 2 looked like a rebranded Mad Max sequel, I’m a bit surprised how boring and clumsy the driving feels. Nothing’s had the punch of Max’s Magnum Opus—not even close—and I’m constantly fighting the camera with my mouse. I’ve been tempted to dual-mode Rage 2, playing the shooting bits with mouse and keyboard and the driving bits with a gamepad, but you switch back and forth so often I think I’ll probably just suck it up and deal with driving with WASD.

Last but not least, it could use some technical polish. Pop-in is frequent, and if I Alt-Tab even once the game picks up a frustrating microstutter that doesn’t go away until I close out and relaunch, even though I’m running Rage 2 in borderless windowed mode. Subtitles desync if the game is paused during a conversation, and I’ve had at least three voice lines left unspoken—the only indication I was missing them was an awkward silence and a subtitle for a line my character wasn’t actually saying out loud. Always play with subtitles on, folks.

I hoped for better. I’m still plugging away at it, and I’m not willing to slap a score onto Rage 2 this early. That said, it’s not doing much for me at this point in time. I’ve found myself wanting to reinstall Doom and replay that instead. It’ll take half the time, and I think I’d probably have twice as much fun.

But who knows? I’ve definitely had more fun as I’ve unlocked more weapons and more powers, so perhaps that curve will continue the further I go. As I said up top, perhaps we’ll be back here next week with a glowing review and perhaps not.

For now, just be aware the PC version’s going to take some love and care—on your part and on Bethesda’s—before it’s the best it could be.