Remnant From The Ashes: How To Open The Locked Doors In Swamp Of Corsus

The Swamp Of Corsus DLC for Remnant: From The Ashes adds a roguelike, survival mode into the game that allows you to run around naked and show off your skills. It also adds new content into the world of Corsus. This new content includes boss fights, NPCs, weapons, and dungeons. One of these new dungeons contains multiple locked doors with loot inside of them and seemingly no way to find a key.

Instead of just replaying the game to see these things, you have to reroll an adventure mode Corsus until you’ve seen every new thing there is. It can be hard to find when the new content is now randomized with the base game RNG. If you find yourself in this specific DLC cave known as the Fetid Pools and need help, here’s how to get what you need. 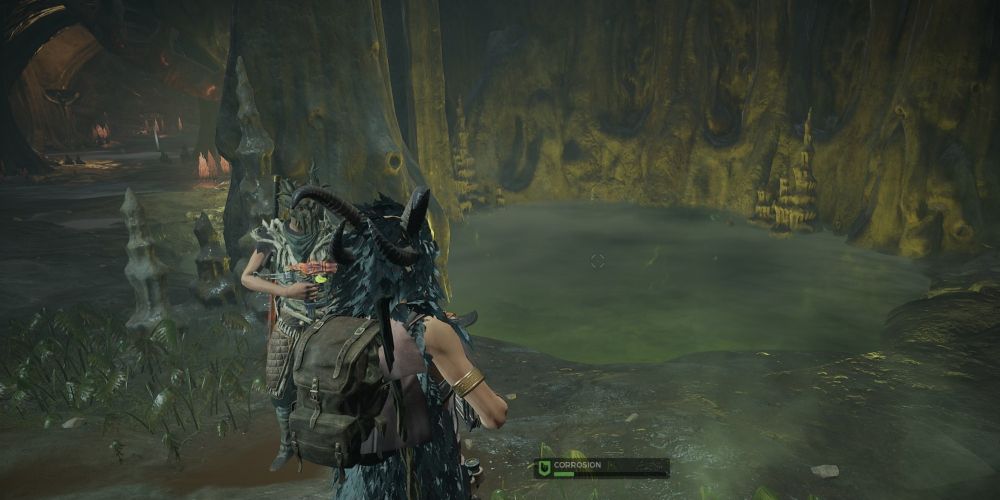 The first thing you want to do is clear out the entire dungeon. This way you can run around freely, looking for the locations you need and not have to worry about dying. Clearing out this dungeon, you should have found a Rusted Amulet, which will be important. The Rusted Amulet turns into a key once burnt off with acid. To get acid, you need to access the fetid pools.

There is one room that has around three small green ponds that produce corrosion, like the image above. You have to equip the amulet and crouch walk through the pools until it comes off. When you’re corroded enough, you’ll receive an Acid Cleaned Key and the amulet will be removed. You’ll be riddled with corrosion after this, so remember to have some greenleaf on deck.

Use The Key Wisely 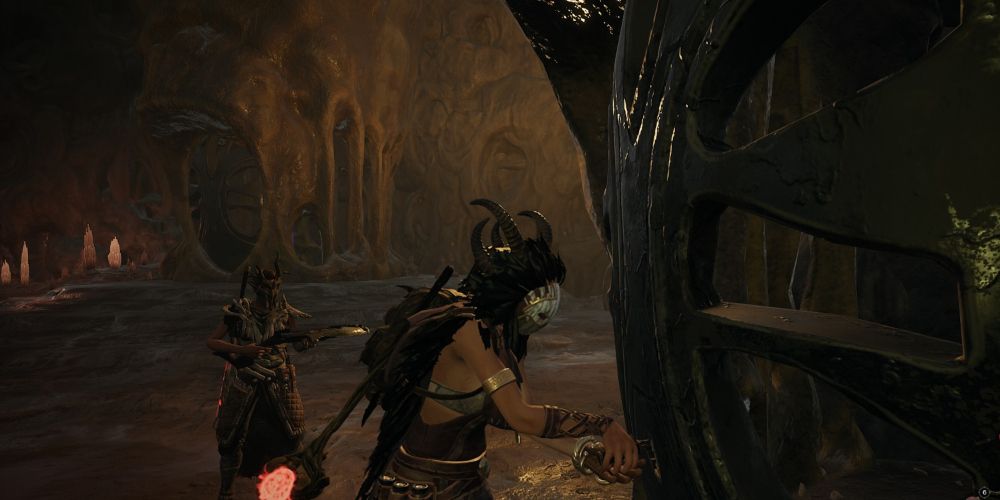 The catch with this dungeon and key is that the latter is only one use. You can only unlock one cage or door and that’s it. You have to make its use count. The way to get every loot option, and the point of this dungeon, is to keep rerolling it. Find the key again and use it on each door. If you use the same character for this, you’ll be able to collect everything.

You’ll have to find this RNG cave by rerolling a Corsus adventure each time at the Ward 13 worldstone. That makes unlocking these cages relatively easy. Well, easy compared to the topmost right door. This one has three doors that need unlocking and you only have one key. This door unlocks access to a small upstairs area that holds another cage.

The way to get multiple keys is to have multiple teammates. You get the key from burning off the Rusted Amulet that spawns in this cave. If you and your friends all run the cave by yourselves, save the amulet instead of using it, then reroll the cave together, you can all collect a key each. Loot is always shared amongst friends, so each person can unlock a door and everyone can reap the benefits.

What’s Behind Every Door 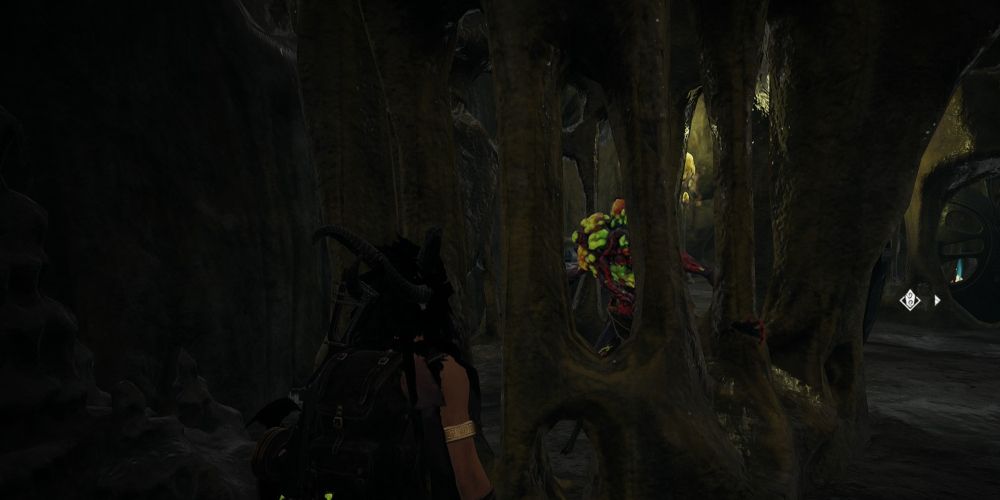 The cage to the very left only contains an enemy. Going counterclockwise around the room, the next door contains a simulacrum. The next one over contains an amulet called the Heart Of Darkness that increases your ranged and melee damage by 20% but also increases the damage you receive by 50 directly after you use a dragon heart.

The second to last door to your right will be the one that needs two more keys after unlocking the first door. Go up the stairs to find two doors, one of which will contain 25 glowing fragments. The other will have the Hero’s Ring, two simulacrum, and the new trait Fortification.

The Fortification trait reduces incoming damage received while reviving a teammate by 1.25% per point invested. The Hero’s Ring is very powerful. It increases your movement speed by 25% when running to an injured ally, your revive speed is increased 100%, and it allows you to be immune to getting staggered while reviving.

The last door found to the right when you first enter the room contains ten lumenite crystals.

Next: Remnant From The Ashes: Bosses With Secret Loot (And How To Get The Alternate Drops) 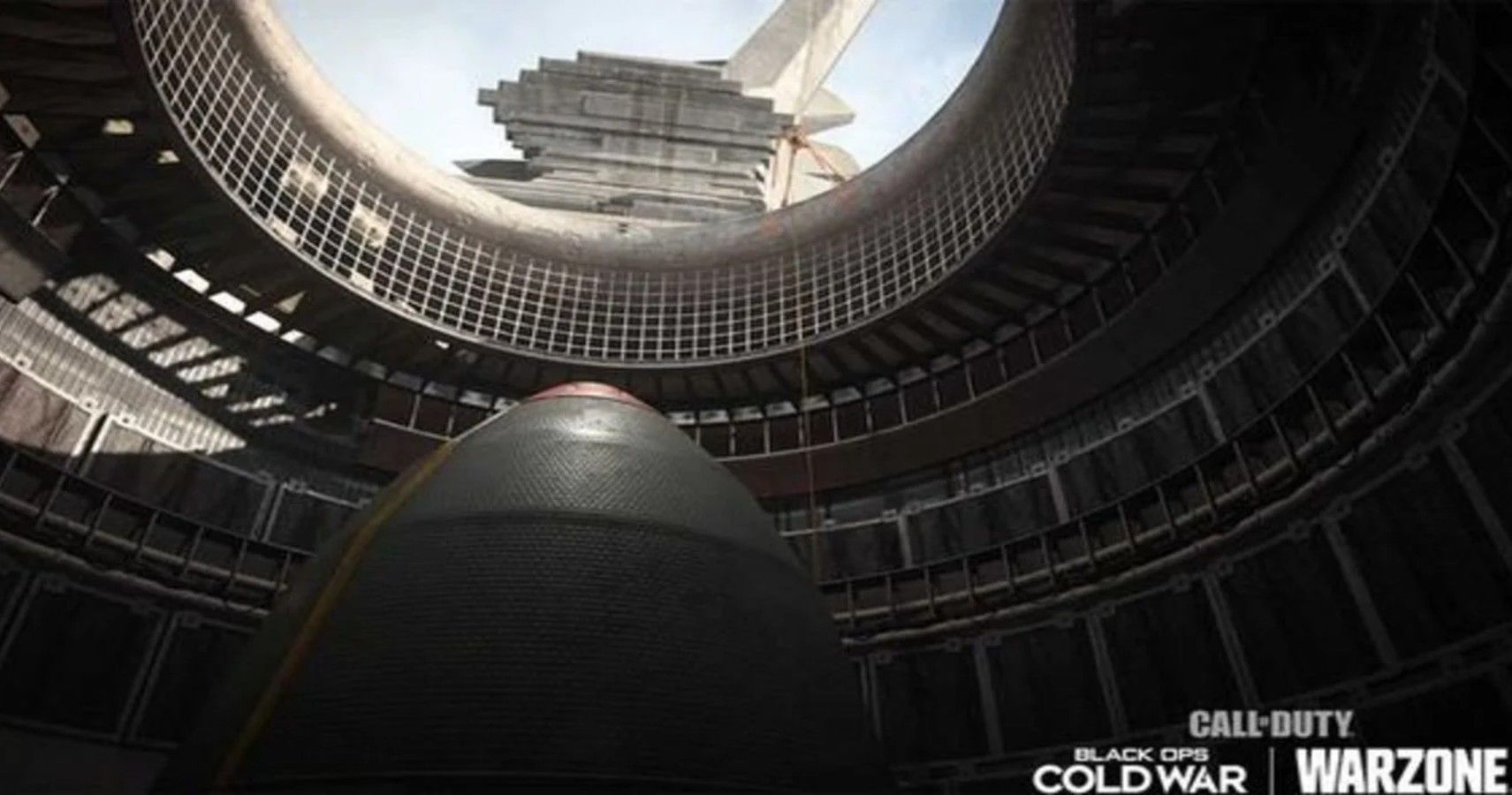