Ada Wong has always been one of the most alluring characters in Resident Evil. Introduced as a femme fatale and foil to Leon in Resident Evil 2, Ada quickly asserted herself as a mysterious spy who could seemingly survive anything – and all while being one step ahead of the curve. Ada’s made return appearances in Resident Evil 4 and Resident Evil 6 since, but her most iconic will always be Resident Evil 2: a fact only solidified by her recharacterization in the game’s 2019 remake.

Ada may not be the super spy she once was, but Resident Evil 2 (2019) brings her down to earth without losing the qualities that made Ada unique. As is Resident Evil tradition, players get to briefly take control of Ada during Leon’s playthrough. After Leon has been incapacitated in the Sewers, it’s up to Ada to get them out – but not without running into some trouble. While not as scary as Sherry’s gameplay segment during Claire’s playthrough, Ada has to actually fight off zombies and even escape from Mr. X. 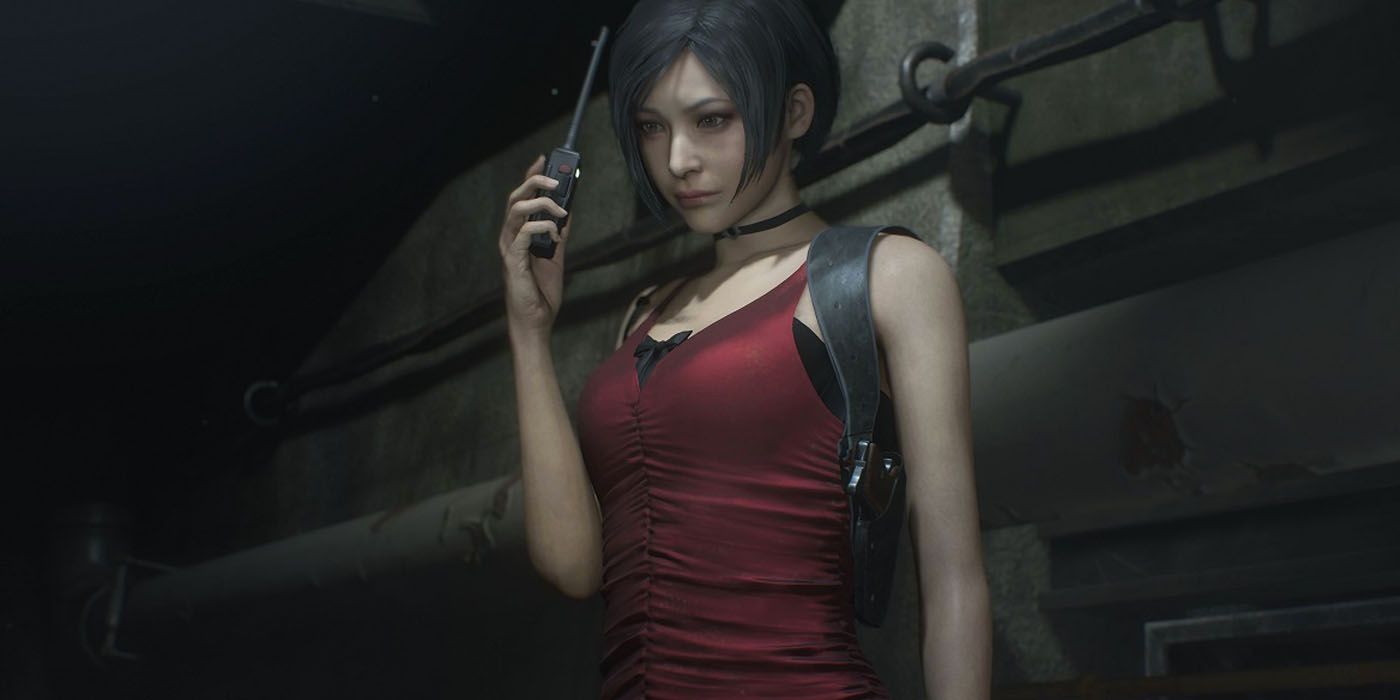 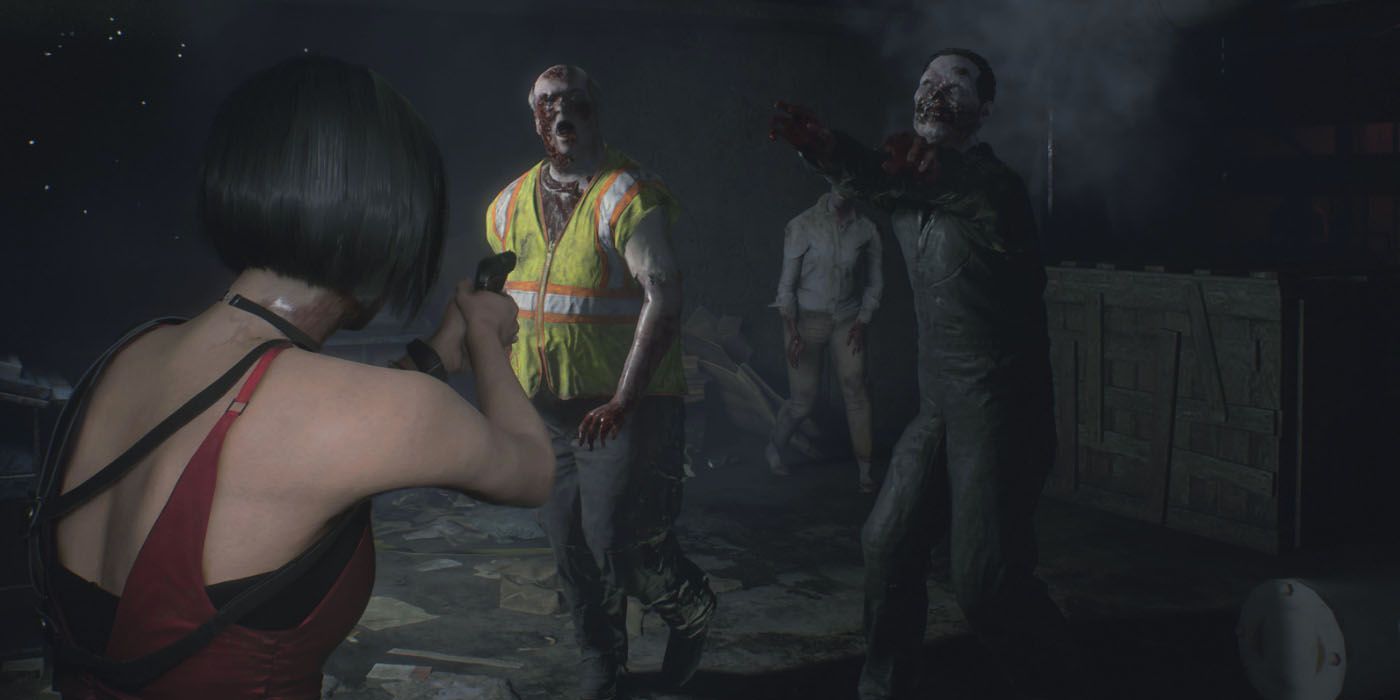 Don’t’ waste ammo trying to kill the zombie down here. Take out its legs if you’re desperate to create some distance and open the door into the next room. There are several zombies lurking around here, so be very careful moving about. Grab the Handgun ammo up ahead and take the stairs down.

Take a left and then a right from the stairs to find an elevator Ada can’t use. There will be a zombie stumbling around once you take a right, so shoot its knees out. Go down the path and take a right, but instead of following the wires, just keep straight ahead. A zombie will drop from the ceiling, so take its knees out before it can attack Ada. Use the EMF Visualizer on the up ahead control panel and then double back to the elevator (be wary of any zombies you left alive). 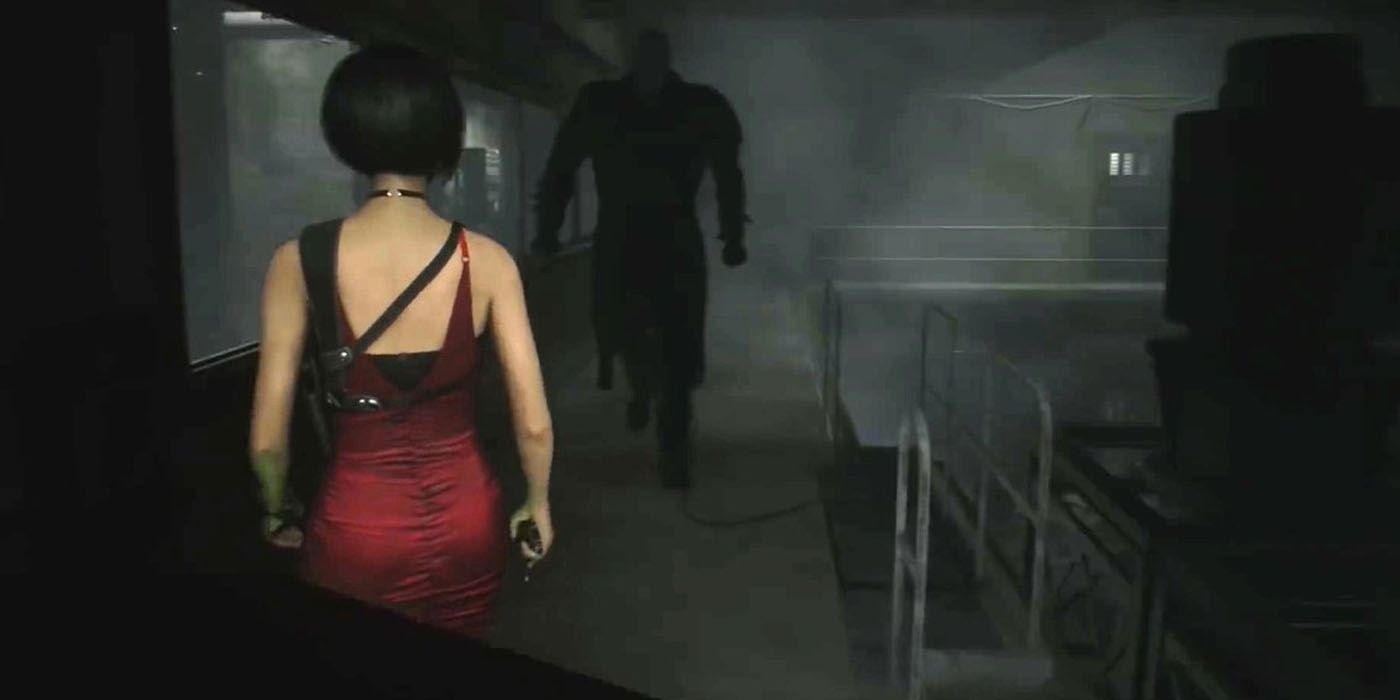 By this point, Mr. X should be dangerously close to catching Ada. Take some time to create distance between the two of you (there’s a Flash Grenade down among the zombies perfect for temporarily blinding Mr. X) and then use the EMF Visualizer on the fan to blow it up. Ada will be free from Mr. X and can save at a Typewriter up ahead.

Getting The ID Wristband 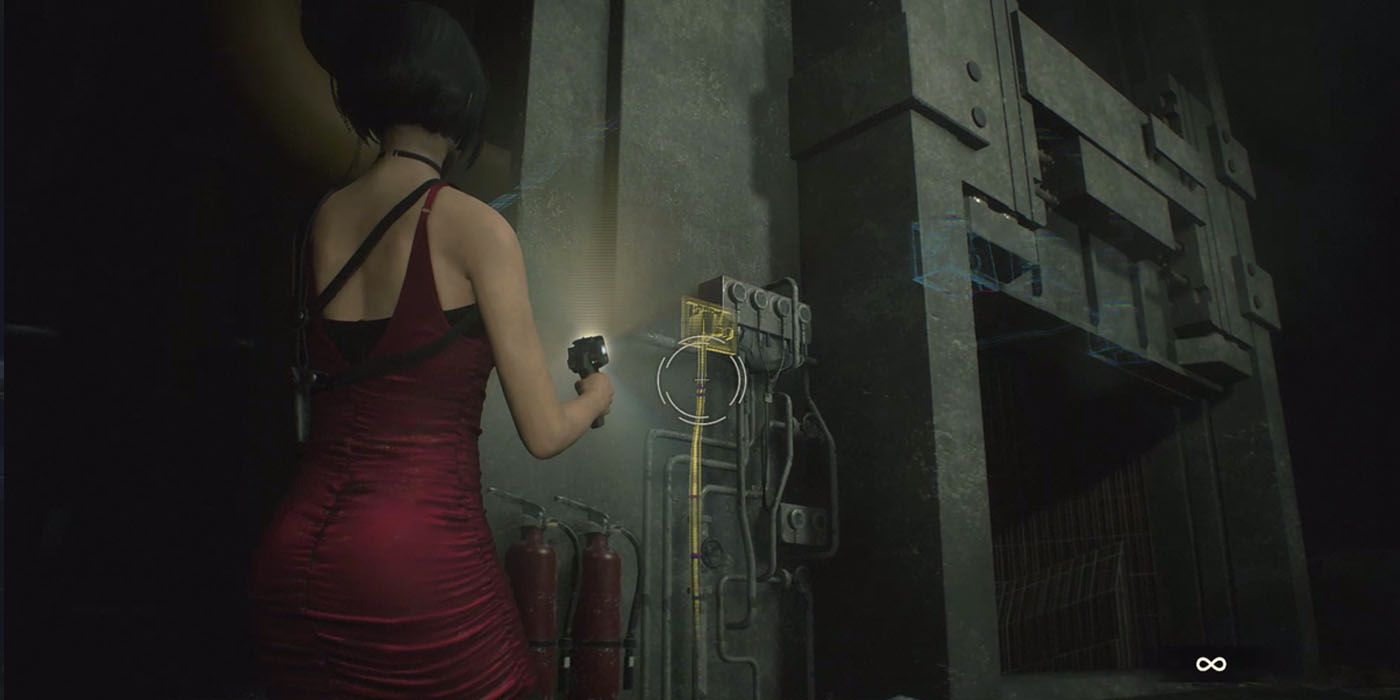 From the Typewriter, move on up ahead and run up the stairs to find a lever and a note discussing the Incinerator. Ada needs to enter the Incinerator to pick up the ID Wristband. Unfortunately, doing so gives Annette the perfect opportunity to trap Ada inside. After picking up the ID Wristband, Ada will have one minute before she’s burned alive. Take out the EMF Visualizer and use it on the bottom left control panel.

Now use it on the leftmost center control panel to blow it up. Turn back to the left and hack the control panel. Ada will now be able to blow up the center right control panel. Hack the panel directly to Ada’s right and then do the same to the top center control panel. The Incinerator door will fall open and Ada will be able to use the ID Wristband to unlock the door by the Typewriter. After confronting Ada, a cutscene plays and control swaps back over to Leon for the rest of Resident Evil 2.

Next: Resident Evil: How To Beat Lisa Trevor In The Remake