Resident Evil 8 Village is full of collectibles. Files, different kinds of meat, and special treasures are hidden throughout the survival horror. We’re willing to bet that you weren’t expecting to hunt down toilets, though. However, if you want to get the When You Gotta Go… trophy/achievement, that’s exactly what you’ll be doing. This guide will cover where you can find every Outhouse in Resident Evil 8 Village. 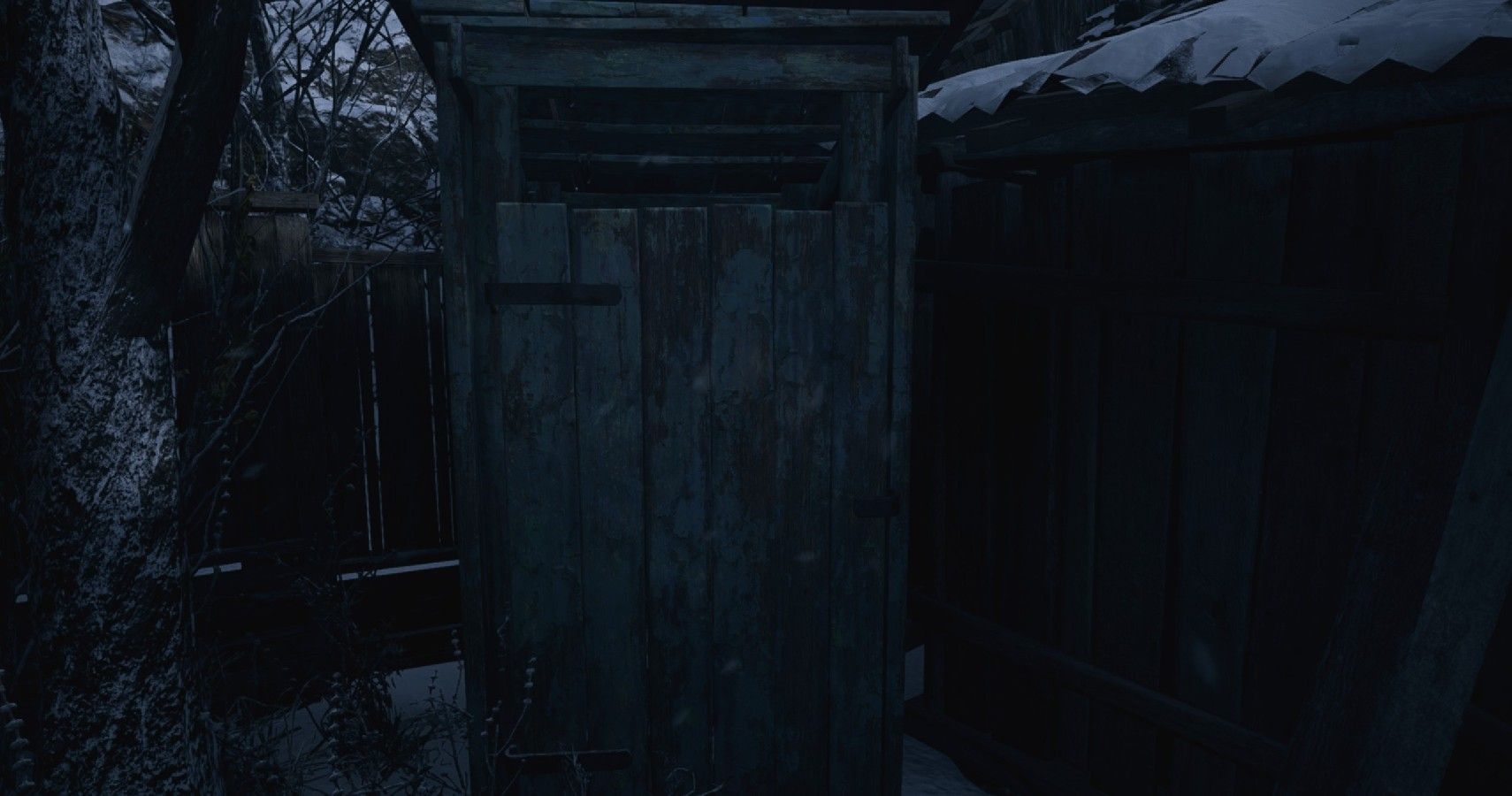 Here’s a complete list of every Outhouse in Resident Evil Village. These are roughly in order as you progress through the story, so this guide is ideal for beginners who want to find every secret on their first playthrough, or for those who are starting a New Game Plus. 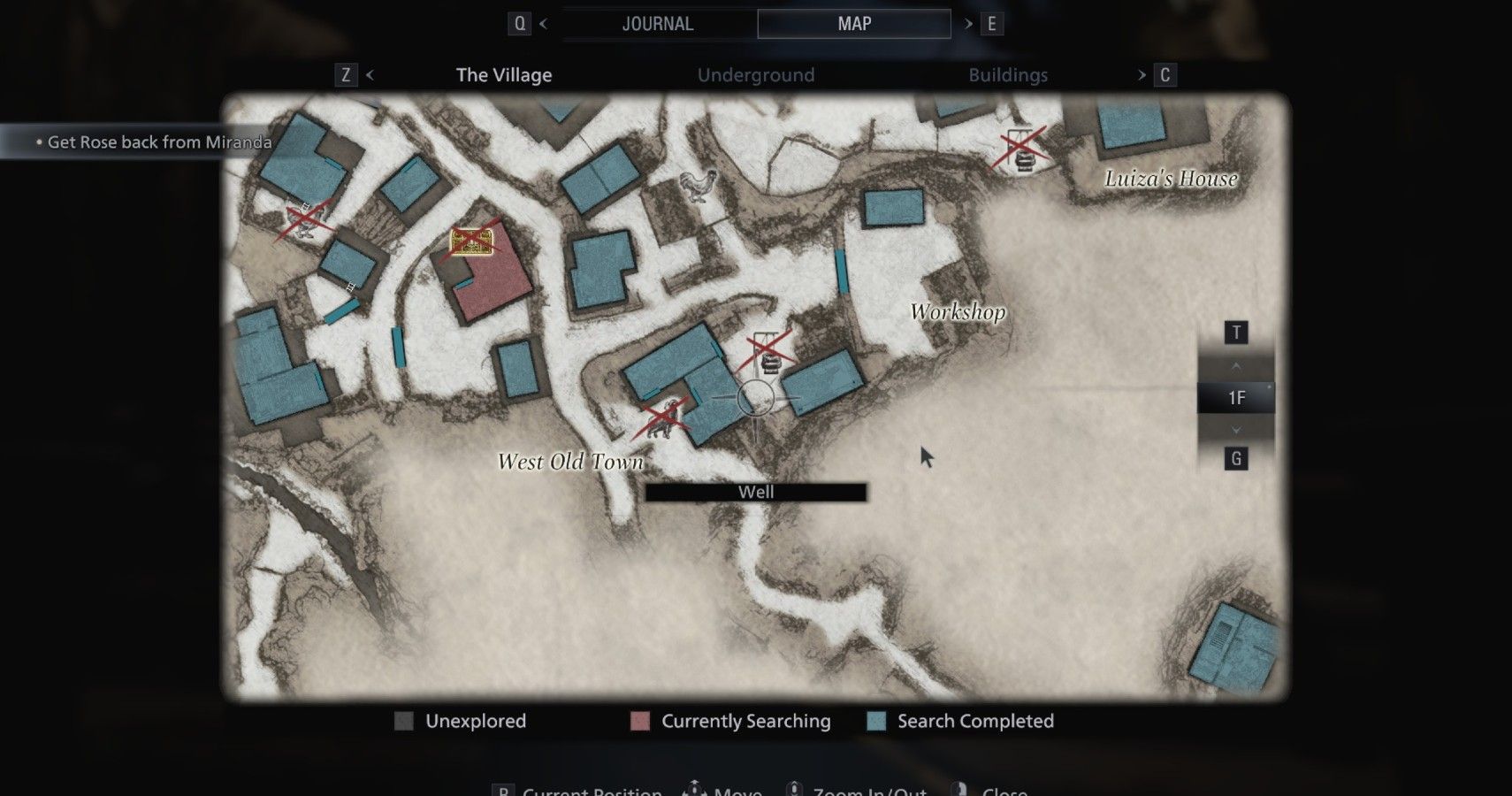 As you take your first steps through the village, you will follow a path of chaos and blood that will set the tone for the rest of Resident Evil 8. One of the buildings you pass through will have some cages on the left of a corridor. At the end of this corridor is a door that is slightly open. As you move towards it, a Lycan will dart past. 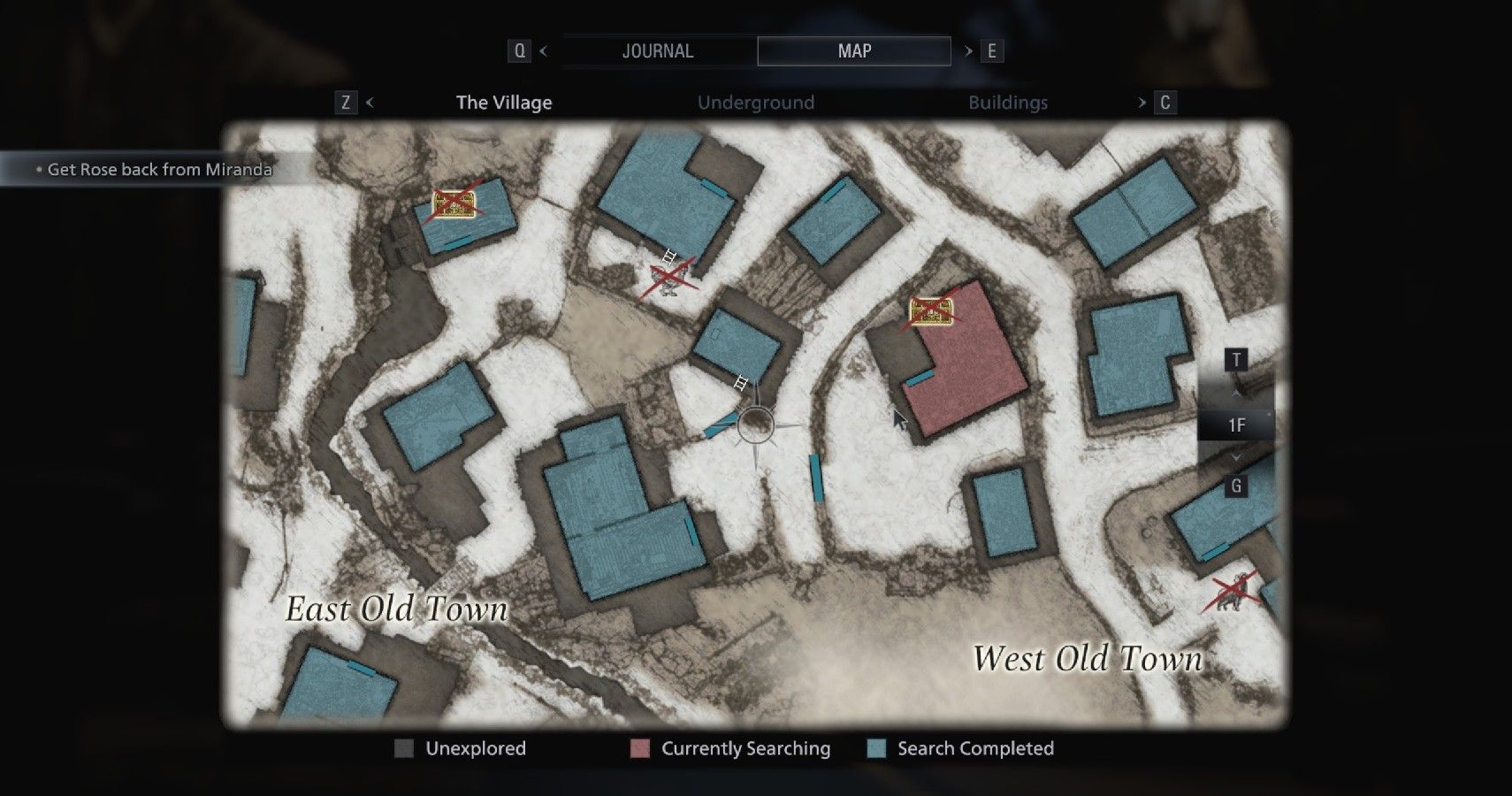 After making your way further into the Village, you will come across a gate that is locked. It requires the Iron Insignia Key which you won’t get until later, but we don’t need that right now. Look to the right of this locked gate to find an Outhouse in the corner. 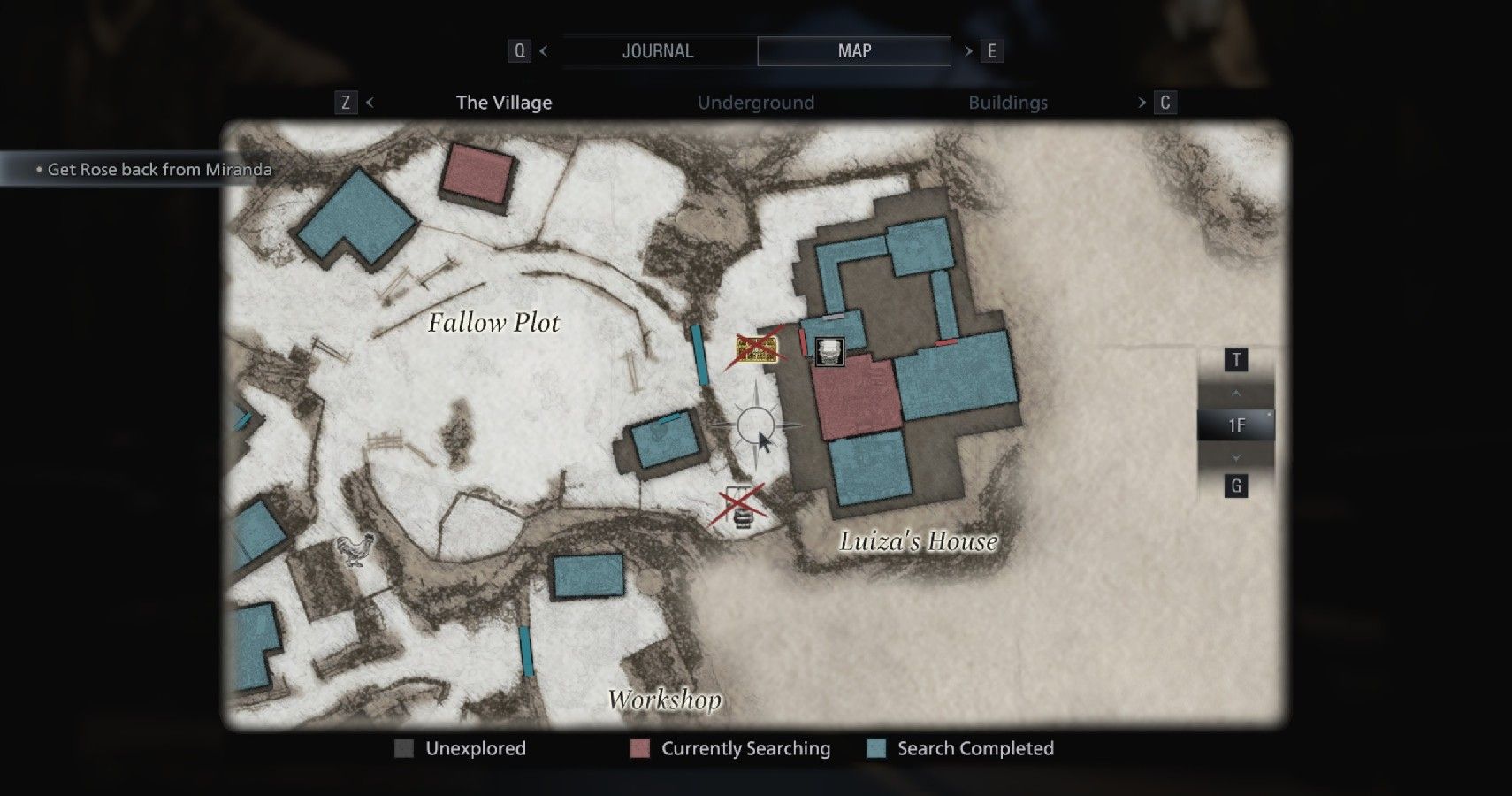 After finding an injured man and his daughter in the Fallow Plot shack, hop out of the window. Ignore the well outside and turn left instead. Climb over the wall to enter the courtyard near Luiza’s House. When you land on the other side of the wall, turn right to find the third Outhouse in Resident Evil 8. There’s a bottle of Chem Fluid inside. 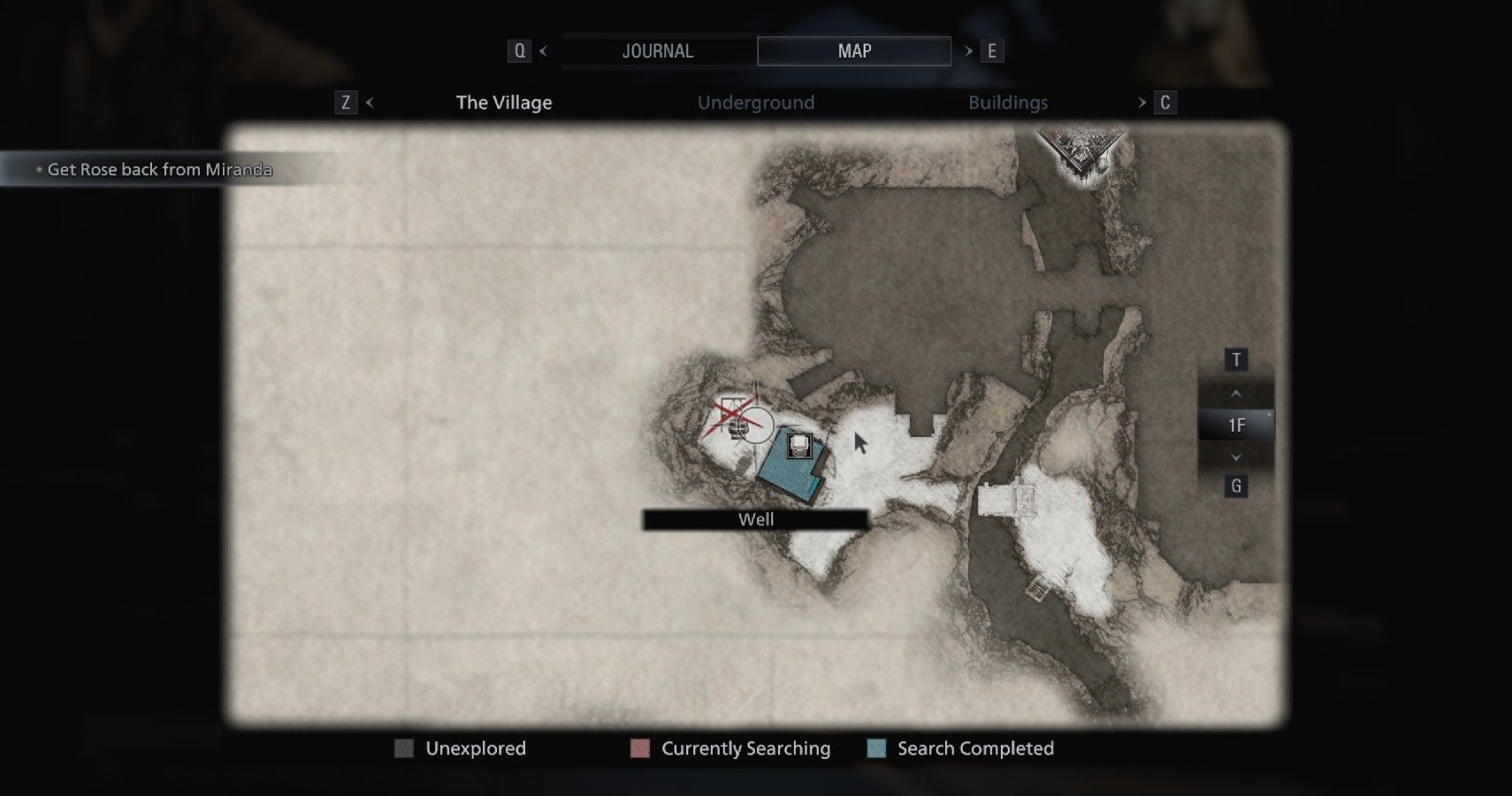 So you’ve killed your first boss in Resident Evil Village! That’s pretty impressive, but do you know what’s even better? Finding another toilet. Shortly after your battle with the infamous Lady Dimitrescu, you will escape the castle. As you leave, there is a house with a save point. Go inside and climb through the window that leads into the garden behind. Of course, there’s another well out here that you can’t use yet. Turn left to find the fourth Outhouse in Resident Evil Village. Grab the Gunpowder inside before leaving. 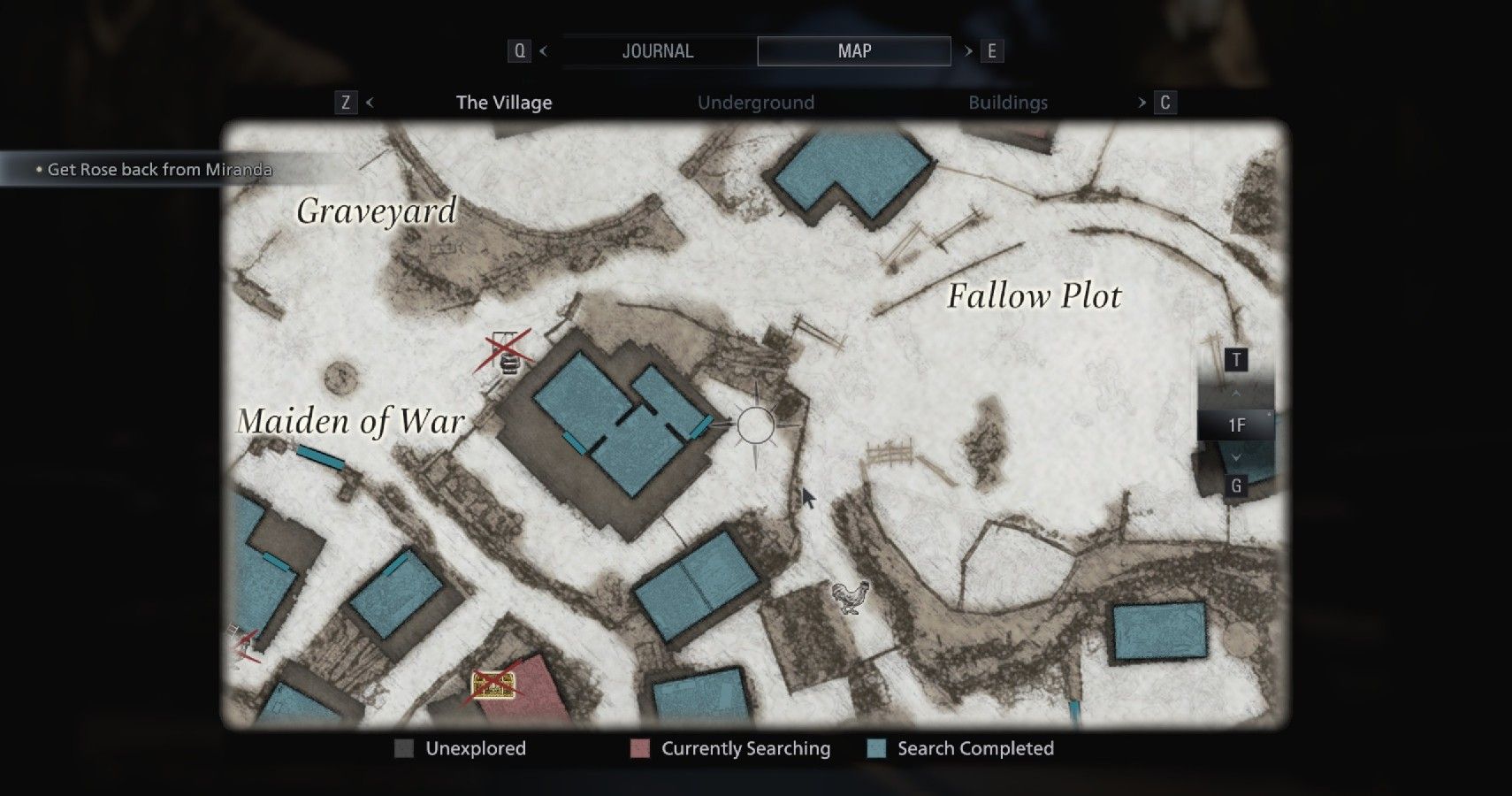 Okay, so this isn’t right next to the Maiden of War statue – that’d be way too easy. After escaping the Castle, head back to the statue. From there, go East through a gate that was previously closed. If you can’t find the gate, it’s next to the well in the Maiden of War area. There’s a house on the left that you need to enter.

Make your way through the house, taking the corridor on the right. Go through the door that leads outside and turn left. There’s another Outhouse here which contains some Rusted Scrap. 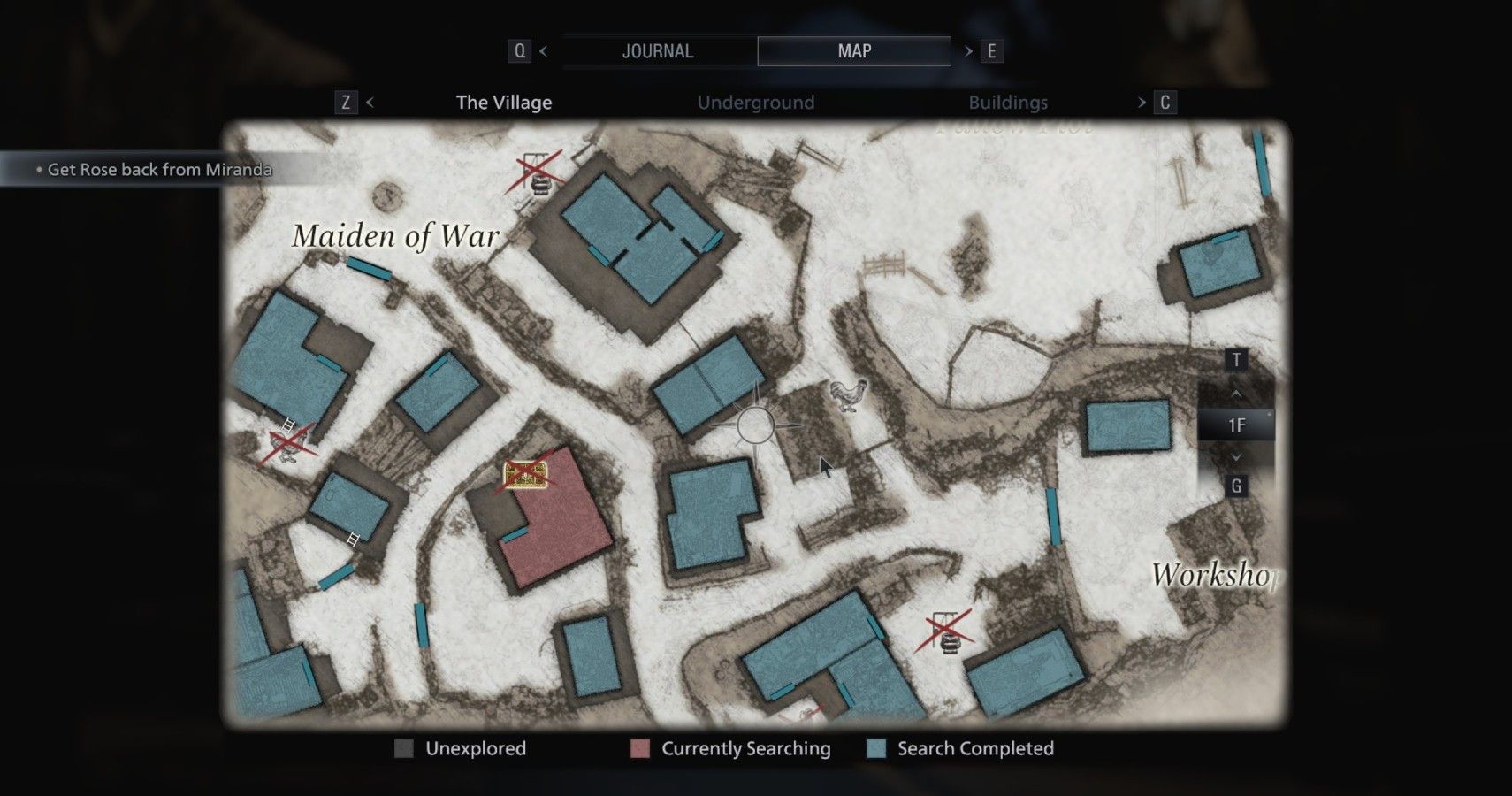 From the previous Outhouse, turn around and head through the stables. There’s a bookcase that you can shove aside to get out of here and access a new area. Turn right and – surprise! Kill the Lycan and open the sixth Outhouse as your reward. There’s a dead body inside and no loot – congrats! 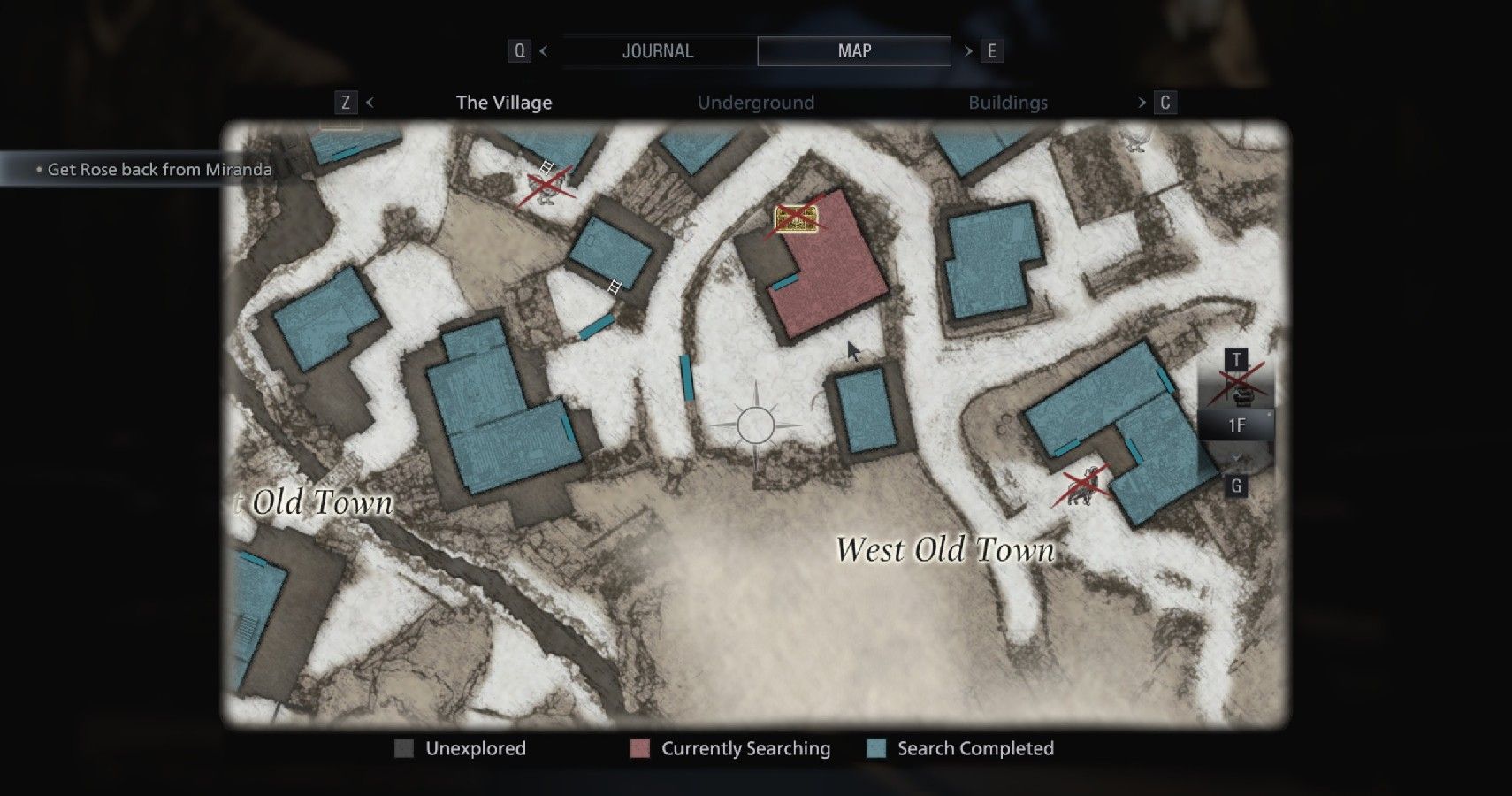 Head back to the Iron Insignia Key gate where you found the second Outhouse. Before heading through the gate to the house with the red chimney, turn around to find another locked gate. Shoot the padlock and head into this courtyard. Luthier’s House is on the left, but you can’t get inside just yet. On the right, there’s an Outhouse that you can open. Grab the lockpick inside before continuing to the house with the red chimney.

Outhouse #8 – The House With The Red Chimney 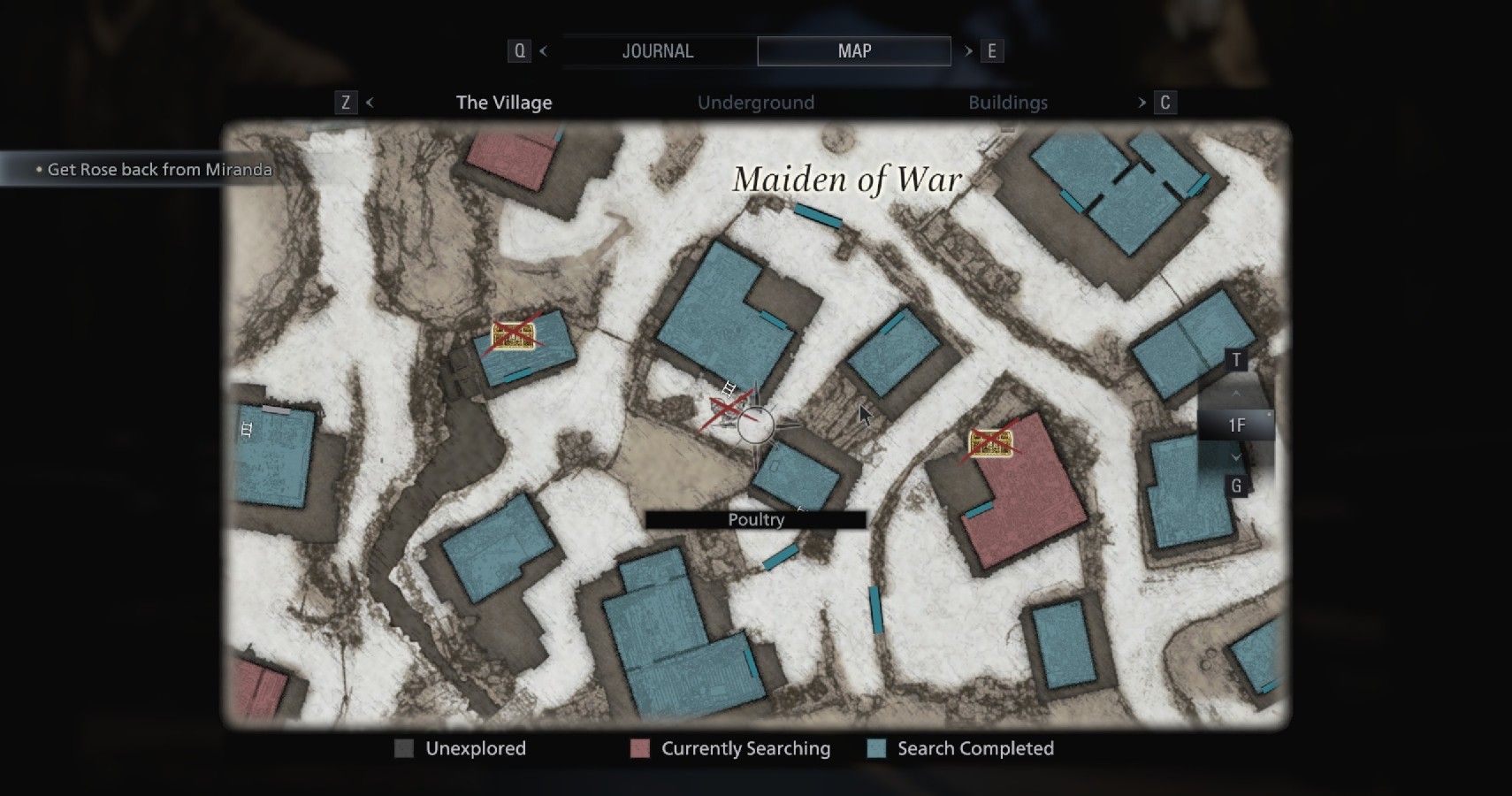 Head back to the Iron Insignia Key gate and open it. Climb the ladders and get on top of the house. The house with the red chimney is next door, so drop down into its yard, where there are chickens running around like headless… well, chickens. Turn left and follow the path around to find the eighth Outhouse, which has a large crystal inside. 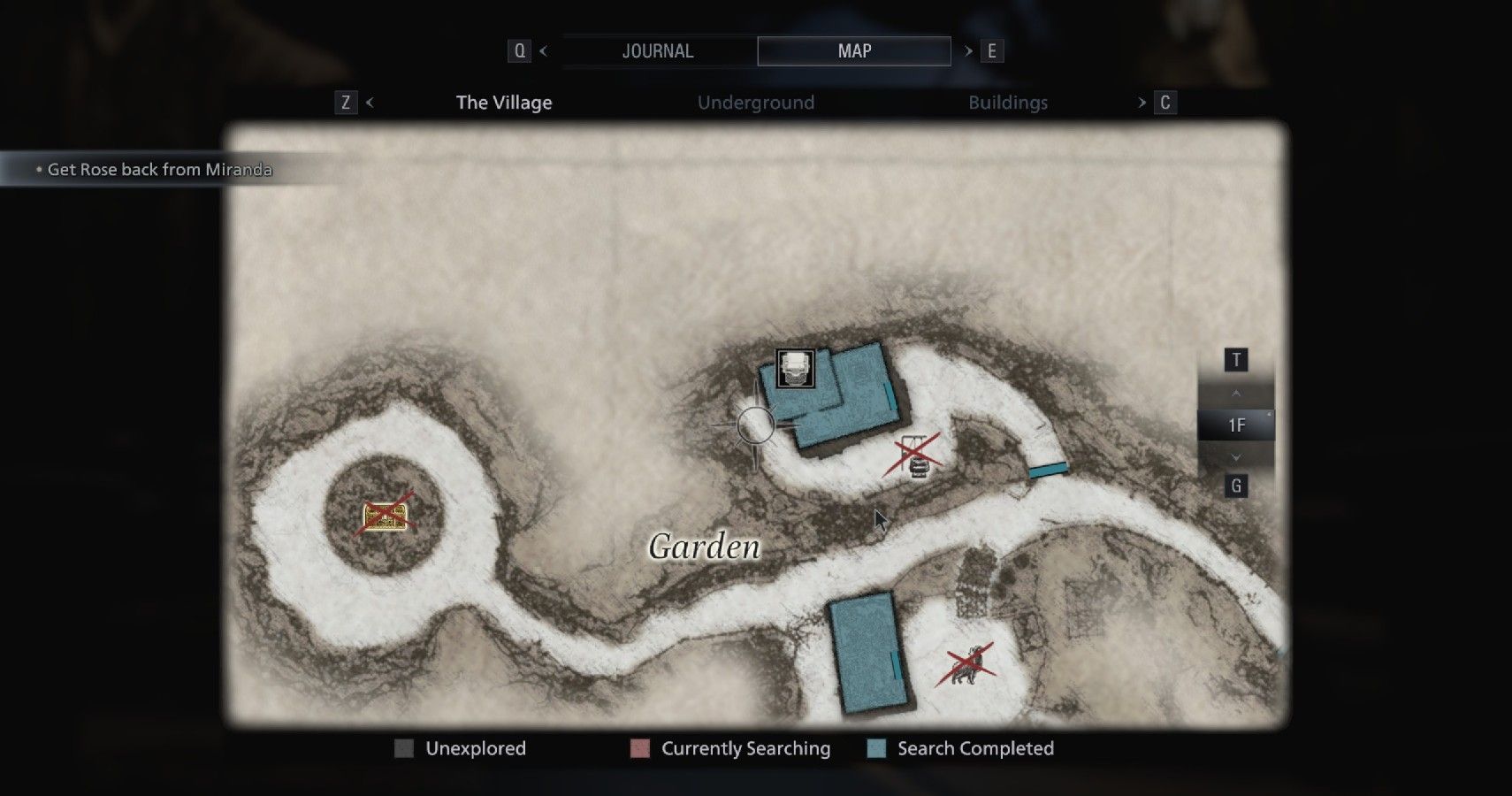 If you need to find the Juicy Game in Resident Evil 8, then this one is for you. It’s time to kill two strange birds with one stone (that joke will pay off later, we promise).

After fighting your way through the terrifying House Beneviento, there will be a new gate open in the Garden. The house through the gate has a save point that you can use to ensure you never go inside the Doll House again. Follow the path that leads around the back of this house to find another Outhouse. Inside, you will find the photo of a Strange Bird, which is a special creature in Resident Evil 8. Use this walkthrough to find the Strange Bird and get the Juicy Game ingredient. 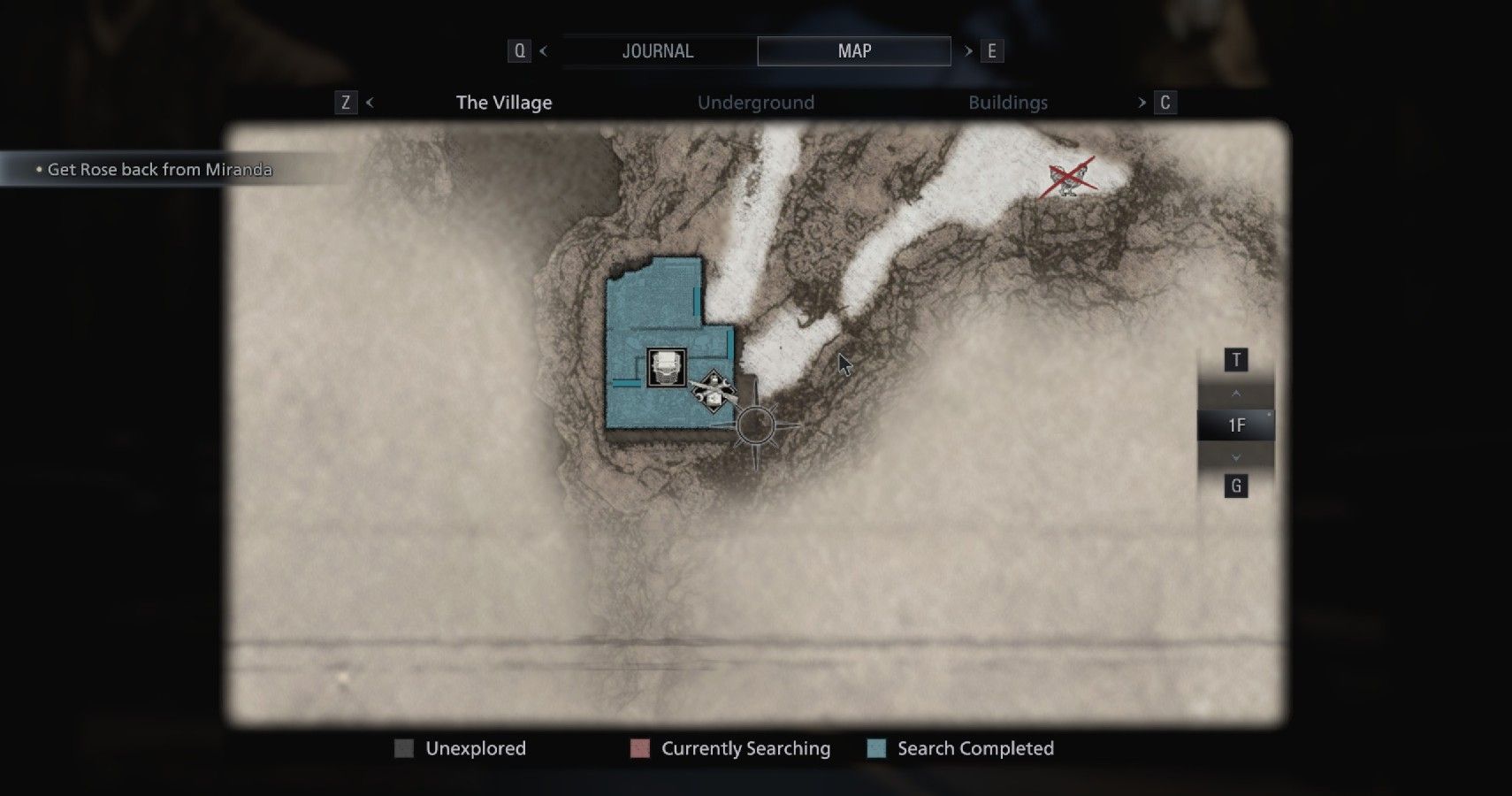 In the section where Moreau is a giant fish, you will need to use the Sluice Gate Controls to empty the Reservoir. When looking at the controls, turn around and follow the corridor past the room where the Duke is sat. Head outside and turn right. This path leads to an Outhouse around the back of the Sluice Gate Control building. With that, you’ll have found every Outhouse. This will unlock the When You Gotta Go… trophy/achievement in Resident Evil 8 Village and net you some Challenge Points after beating the game.