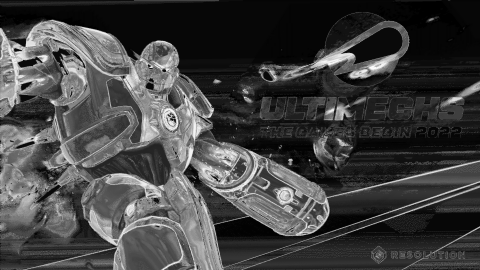 Demeo And Cook-Out developer Resolution Games has revealed its next VR title, Ultimechs.

Ultimechs is a competitive multiplayer game due out on “leading VR platforms” in 2022. You can check out a teaser trailer for the game below.

Official details are scarce right now, but the trailer reveals players will be controlling mechs in futuristic sports arenas. But, rather than battling it out in combat, it looks like players will be playing a giant game of mech soccer, firing rockets at a ball in the hopes of blasting it into a net.

“Sure anyone can kick a ball into a net, but only in the world of Ultimechs can you and your mech punch it in by firing a rocket fist and controlling the trajectory as you follow along its path,” Resolution Games CEO Tommy Palm said in a prepared statement. “And that just scratches the surface of Ultimechs.”

And that’s all we really have to go on right now. Resolution Games says more details will be revealed in the coming months, and “major VR platforms” likely includes an Oculus Quest 2 release, though we can’t help but wonder if this might also be Resolution’s first release for the upcoming PS5 VR headset we expect to hear more about soon. As for match sizes and first gameplay details, we’ll have to wait and see. Remarkably, this marks the developer’s ninth VR release, and that’s not including published titles, AR games and expansions on other platforms.

What do you make of Ultimechs? Let us know in the comments below!