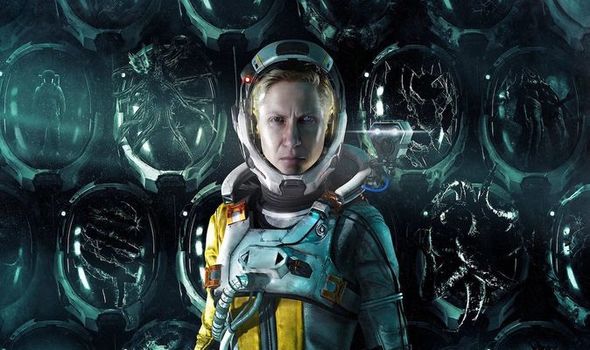 As a massive Dark Souls fanboy, I managed to get my grubby mitts on a PS5 for the sole purpose of playing Bluepoint’s remake of Demon’s Souls, which turned out to be fantastic. Since then, though, the console has been something of an expensive (and enormous) ornament; aside from the admittedly brilliant free game Astro’s Playroom, there haven’t been any other PS5 releases that I either care about (sorry Miles Morales) or aren’t also available on PS4.

I therefore decided to buy Housemarque’s PS5 exclusive Returnal as soon as it launched, even though I wasn’t sure its strange mixture of third-person shooter, bullet-hell arcade action, roguelike mechanics and full-blown horror would work. I needn’t have worried; the game is a flippin’ masterpiece, and absolutely consumed me for weeks. Just like the fate it inflicts upon its main character, I will now attempt to explain why this brilliant title kept me coming back again and again and again and again and…

Returnal’s story sees an astronaut, Selene – a rare and very welcome example of a middle-aged female protagonist – crash-landing her ship Helios on a remote planet during a scouting mission. The planet, Atropos, soon proves it is as hostile as a medbay full of xenomorphs, when everything that moves or grows sets about trying to murder Selene as quickly as possible.

And murder her it will, because the game fully intends – and expects – you to perish many, many times. Your first death reveals the twist: every time she expires, Selene is inexplicably resurrected, experiencing the trauma of the crash once again only to stumble out of the wreckage into a familiar – but strangely re-organised – alien world, armed only with a rudimentary pistol, to begin her exploration and battle for survival anew.

My earlier Alien reference was deliberate, of course, as the game has clearly been heavily inspired by Ridley Scott’s franchise, although interestingly it draws more from the Prometheus end of the acid pool.

Atropos is hauntingly beautiful, the lighting and particle effects at times so impressive that you might forget to keep shooting (for the love of god, keep shooting) and the game runs at an astonishingly smooth framerate despite the graphical extravaganza unfolding before your eyes.

The creature design is excellent, with the planet’s denizens a disturbing mix of Lovecraftian biology and more mechanical components, again in a nod to HR Giger’s influential work.

There is also real variety in the game’s different ‘biomes’ as well as some impressive environmental storytelling, with each ‘run’ enabling you to learn more about the planet that has ensnared you and the races that inhabit it.

However, the plot’s real intrigue is introduced when Selene begins to discover her own corpses strewn throughout Atropos, and recovers audio logs that she has no memory of recording. This psychological horror is cranked up several notches when she finds what appears to be a faithful recreation of her own, Earth-bound house, and steps into a decidedly PT-like hallway… but I will spare you any further details, as the unfolding story is intriguing enough to merit a spoiler-free experience.

But where Returnal really shines isn’t in its enigmatic plot, or its impressive visuals, but rather the unrivalled joy of its gameplay. The controls might be the best I have ever encountered, feeling so utterly precise and responsive that you can perform feats of bullet-dodging you previously thought were reserved only for Guy Ritchie characters.

I’m struggling to remember feeling quite so satisfied after overcoming a pack of monsters as in Returnal, particularly because the stakes are so high – a single blunder can decimate your energy bar, and when it runs out you are mercilessly booted back to the crash site and the start of another ill-fated loop.

Succour comes in the form of consumables and other collectables, which are acquired by parting with one of the multiple in-game currencies, or perhaps in exchange for a penalty. A successful run in Returnal therefore requires sound judgement as well as skilful gunplay – having battled past a bunch of difficult enemies, do I invest the collected ‘obolites’ in some healing materials, or do I splurge them on a weapon enhancement? Should I unlock this chest that’s infected with ‘malignancy’, which might be harmless, or might result in a crippling malfunction of my spacesuit?

Make the wrong call and all your items and upgrades will be lost as Selene’s death-shriek echoes in your eardrums once again.

Speaking of eardrums, mention must go to the game’s wonderful and atmospheric sound design, not to mention the brilliant soundtrack by Bobby Krlic (of Midsommar fame, among his many glorious compositions). His ethereal score varies from haunting dirges to chaotic onslaughts, but always perfectly matches the world’s melancholy, fundamentally alien feel.

For all its hostility, though, Returnal does provide you with small mercies. Certain items and unlockables persist between each run, including (mercifully) the death of each biome’s graphically spectacular but horrendously challenging boss. Shortcuts are available to enable you to skip sections, or entire biomes, once completed, so that the lack of a checkpoint system didn’t bother me at all – in fact, despite the growing demand for this feature to be patched in, I strongly believe its introduction would completely undermine the gameplay and intended challenge, not to mention the story.

Yes, fellow Souls enthusiasts will be delighted to learn that this is a brutally hard game, which will require many hours of perseverance before you see the credits roll – but when they do, you’ll be not only happy you got more than your money’s worth (despite Returnal’s controversially hefty price tag) but so empowered that you’ll feel like a gaming god.

Returnal, then, feels like the PS5’s second essential purchase, its second top-tier exclusive, and hopefully a taster of many more great things to come from the console, particularly now that Sony has now acquired the game’s developer. I look forward immensely to more from Housemarque, but for now I’m content to look forward to abandoning Helios for just one more run…