Another week, another Pokemon column. Regular readers will know that I’ve been playing through Pokemon Blue week by week, town by town, to see it through fresh eyes as a tourist, and to try to figure out why it matters so much to me. New readers will also know that, because they just read it. You can catch up on what’s happened so far here, and without further ado, let’s dive in.

Last week I gave myself an existential crisis by catching Zapdos, realising I’ll never be young again, and having it slowly dawn on me that I am but one hopeless soul on a dying planet in a universe whose vastness I cannot even comprehend, and all the while I’m wasting my life writing about replaying an old video game. This week, I’m continuing to waste my life – so join me as I fly back to Cinnabar.

I’ve always thought of Cinnabar and Vermilion as sister cities. They share a similar colour scheme, sure, but it’s more than that. Both feel isolated from the rest of the world – Cinnabar literally is an island, while Vermilion’s port city nature makes it feel otherworldly. Both also have clear connections to the sea, despite the contrast of not only their fiery hues, but also their gyms – Water is weak to Vermilion’s gym, and strong to Cinnabar’s. They’re not the only twinned cities (Celadon and Saffron share a cosmopolitan sheen, Fuchsia and Lavender are hauntingly empty), but they were the strongest link. Were. The hits just keep on coming – Cinnabar is a massive letdown. 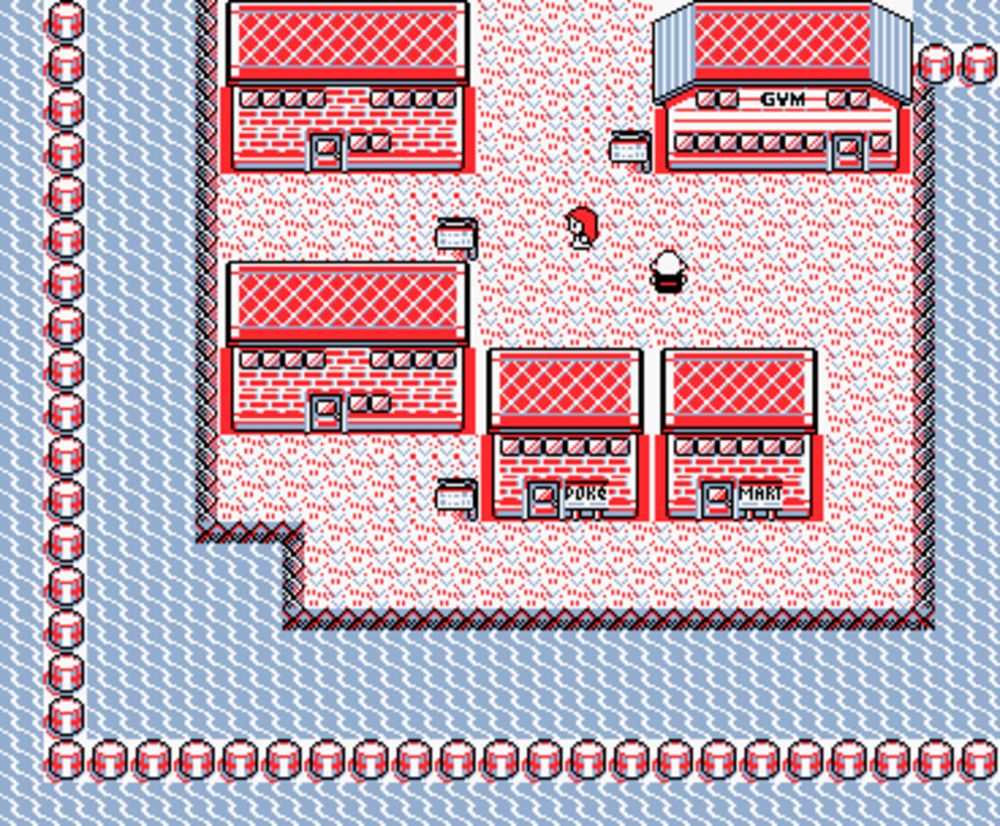 Pokemon Blue was the first video game I ever played, and also the first game I ever cheated at, but over time, my memory has confused my Game Boy playthrough of Blue with my Game Boy Color playthrough of Yellow. Cinnabar badly misses its colour, not to mention being a downgrade from the volcano we see in later gens, but thankfully this is all skin deep. Once I start to explore Cinnabar, I remember why I love it.

Cinnabar is a densely packed town, with far more to do than cities much larger than it. There are the scientists who seem, instead, to be magicians, giving me dinosaurs and prehistoric sea creatures just by zapping some old rocks, which begs the question – what are the limits? Can they restore all fossils everywhere? Only Pokemon, or only specific Pokemon? How old are these creatures; are they newborns, or did they once live and now rise again? When my dear old mumsy kicks the bucket, can I bring them her bones and get a brand new mother? 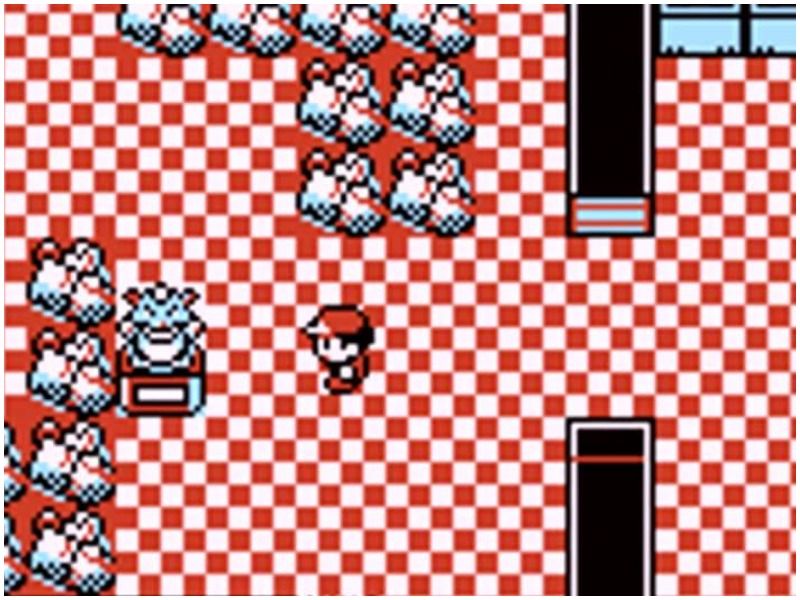 That’s not the only magical wonder on this cursed island. The Pokemon mansion is also something of a TARDIS, offering one of the most expansive buildings in the game on just a tiny plot of land. Much like the Power Plant last week, technological limitations seem to prevent the Mansion from capturing the decrepit aesthetic it’s going for. This is supposed to be a burned down wreck, but it’s just a bunch of rooms.

Still, the Mansion has some good stuff going for it. The Pokemon you find there are much cooler than those at the Power Plant, and even as a tourist who should be above such things, I can’t help but admire it. Meanwhile, the diary entries from the scientists there, the ones who created Mew, offer a distinct narrative hook that other buildings lack. Pokemon is content to let you tell your own story a lot of the time (why is Blue at Lavender Town’s graveyard?), but here it gives you a specific and compelling backstory, and it elevates Cinnabar as a whole. 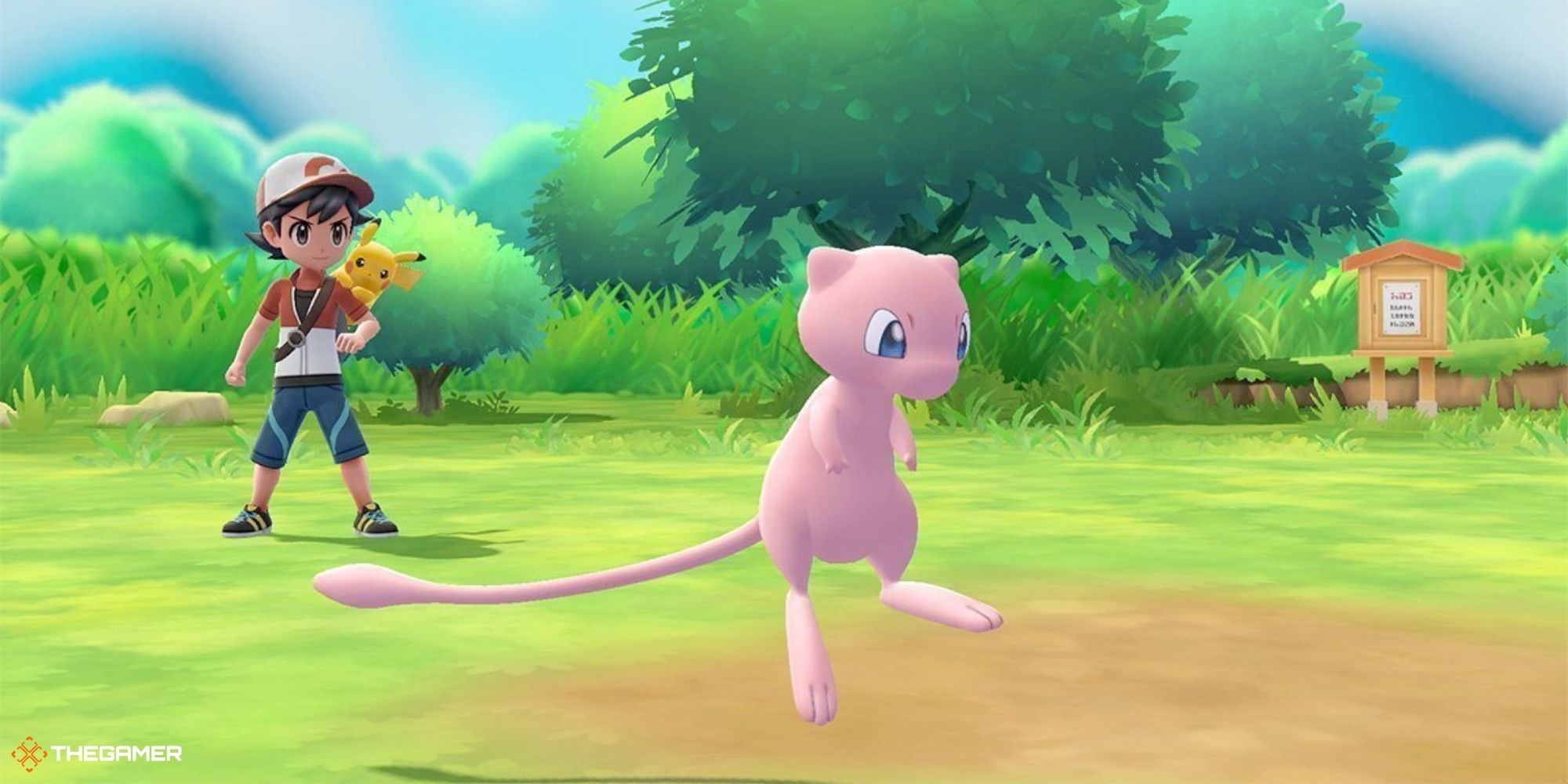 The whole place is just inescapably odd, often because it was a little too ambitious. There’s no real hint of the volcano everyone talks about, the ruined building seems to be in almost perfect condition, they’re raising the dead and creating gods, and if you talk to the right person, then swim up and down it, a creature from the bleak beyond will appear with a bone splintering screech and give you unlimited sweeties.

Once I’m done on Cinnabar, my tour of Kanto is almost over. I still have the Victory Road and the Indigo Plateau to see, but next week, I’ll be back in Pallet Town. Usually, I just fly to Viridian and get dem battles done, but this time around, I’ll be stopping to smell the Roselias. Except Roselia isn’t in Kanto, so I guess I’m smelling the Bellsprouts.