Ringover, a cloud communication platform for businesses, has raised €10 million ($12 million) in a series A round of funding, the first outside funding in its 16-year history. The company said the funding, which comes from Expedition Growth Capital, will help it “power the future of enterprise communication.”

Founded out of Paris in 2005, Ringover is one of several companies aiming to replace legacy contact center and business phone systems with a SaaS-based cloud incarnation that offers voice, video, messaging, and SMS communications for teams, as well as tools for managing inbound and outbound customer communications.

With the rapid embrace of remote work over the past 12 months, companies of all sizes have transitioned to cloud-based tools to support their globally distributed workforce. To cater to this need, Ringover also offers a range of integrations with other cloud-based enterprise tools, including customer relationship management (CRM) and helpdesk tools such as Salesforce, Zendesk, Pipedrive, Freshdesk, Hubspot, and Microsoft Dynamics. This means businesses can make calls directly from these third-party tools without having to switch between apps.

Additionally, Ringover offers data and analytics that show stats such as average call duration, queue time, and percentage of calls that were answered (or not), which can help managers figure out how well individuals or teams are performing and track KPIs. Ringover also offers an API so businesses can ingest all this data into other internal tools. 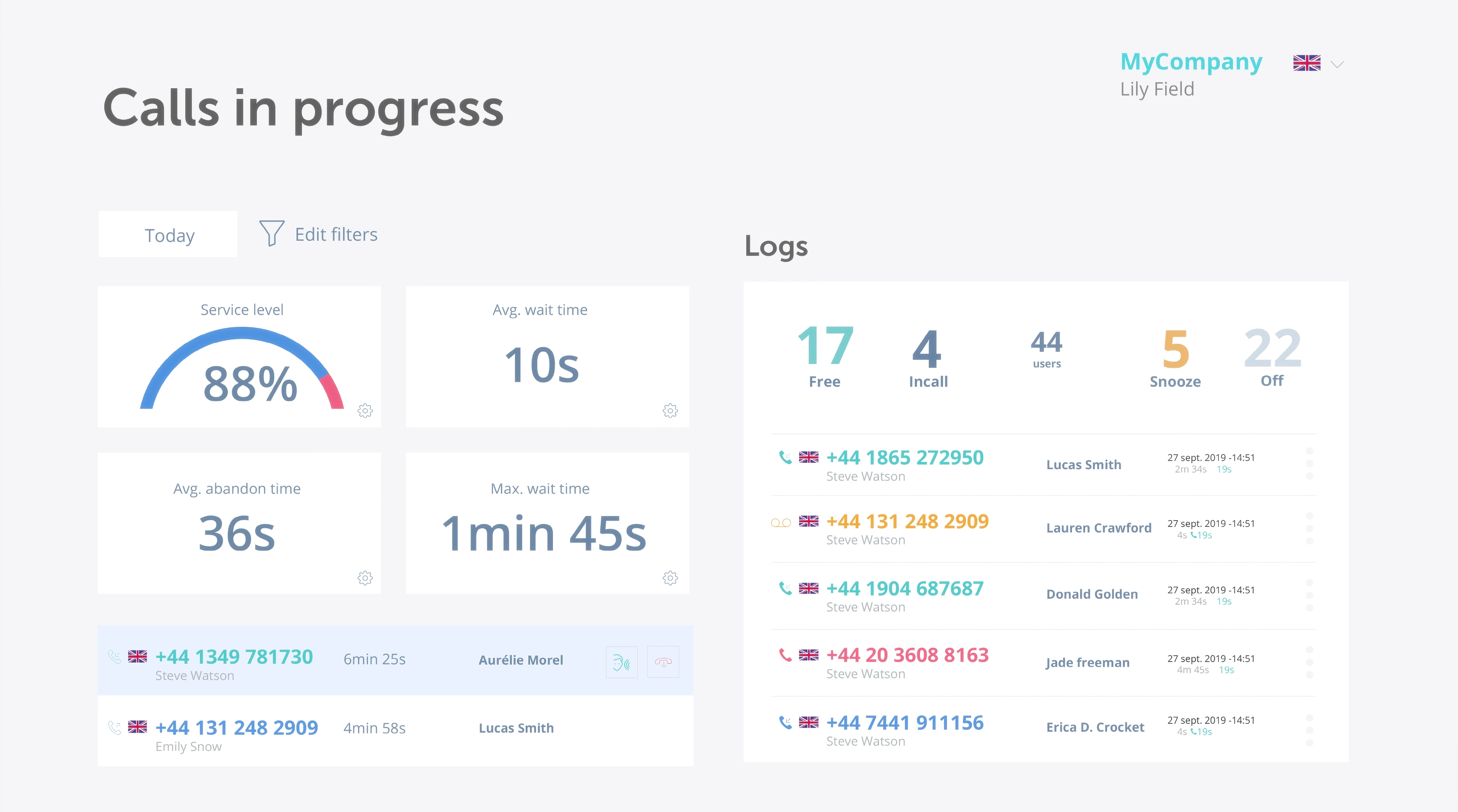 “Most B2B tools are moving to the cloud — the business phone system is not an exception to this trend, however this move has been accelerated with the pandemic,” Ringover cofounder and CEO Renaud Charvet told VentureBeat. “People aren’t based in physical office and call center spaces with access to a physical work phone or desktop software, so being able to carry out all the same tasks and workflows on a remote digital platform is a priority for businesses, and investors are seeing that growth potential.”

With $12 million in the bank, Ringover said it plans to roll out new features, expand its team, and expand into the U.S. where it will start selling for the first time in 2021.