User-generated game platform Roblox has raised $520 million in a new round of funding, and it will still go public through a direct listing where the company directly sells existing shares to investors. The private funding deal values Roblox at $29.5 billion.

The direct listing offering, or DPO, circumvents the usual initial public offering (IPO) process, which can be costly. Roblox hasn’t said when that DPO will actually happen yet, but it announced the funding round ahead of that future DPO.

On December 22, the U.S. Securities and Exchange Commission said it would permit companies to raise capital through direct listings. This enables the San Mateo, California-based company to float its shares on an exchange without hiring investment banks to underwrite the transaction as an IPO. It saves on underwriter fees, and companies that follow the direct listing process can avoid restrictions such as lockup periods that prevent insiders from selling their shares for a defined period of time.

Roblox sold its shares in a Series H funding round at $45 per share to Altimeter Capital and Dragoneer Investment Group. The company will use its proceeds to grow itself and build a “human co-experience platform that enables shared experiences among billions of users.”

“We’re thrilled to welcome Altimeter, Dragoneer and the other new investors,” said Roblox CEO David Baszucki in a statement. “We look forward to working with all of them as we continue our mission to build a human co-experience platform that enables shared experience, from play to work, and learning among billions of users.”

Roblox had said earlier that it filed a confidential draft registration statement with the U.S. Securities and Exchange Commission for a traditional IPO. Last year, the company raised $150 million in venture funding from Andreessen Horowitz in a deal announced in February. Its valuation at that time was $4 billion.

The game industry is one of the few economic sectors that is doing well during the pandemic. Game engine maker Unity raised $1.3 billion at a $13.6 billion valuation in an IPO on September 18, even though it is losing money. Unity’s shares are up more than 60% since trading began. Skillz, which turns games into skill-based cash reward competitions, is planning to go public at a $3.5 billion valuation through a special public acquisition company (SPAC).

Baszucki and Erik Cassel founded Roblox in 2004, enabling just about anyone to make Lego-like characters and build rudimentary games. Before that, in 1989, Baszucki and Cassel programmed a 2D simulated physics lab called Interactive Physics, which would later on influence the approach for Roblox. 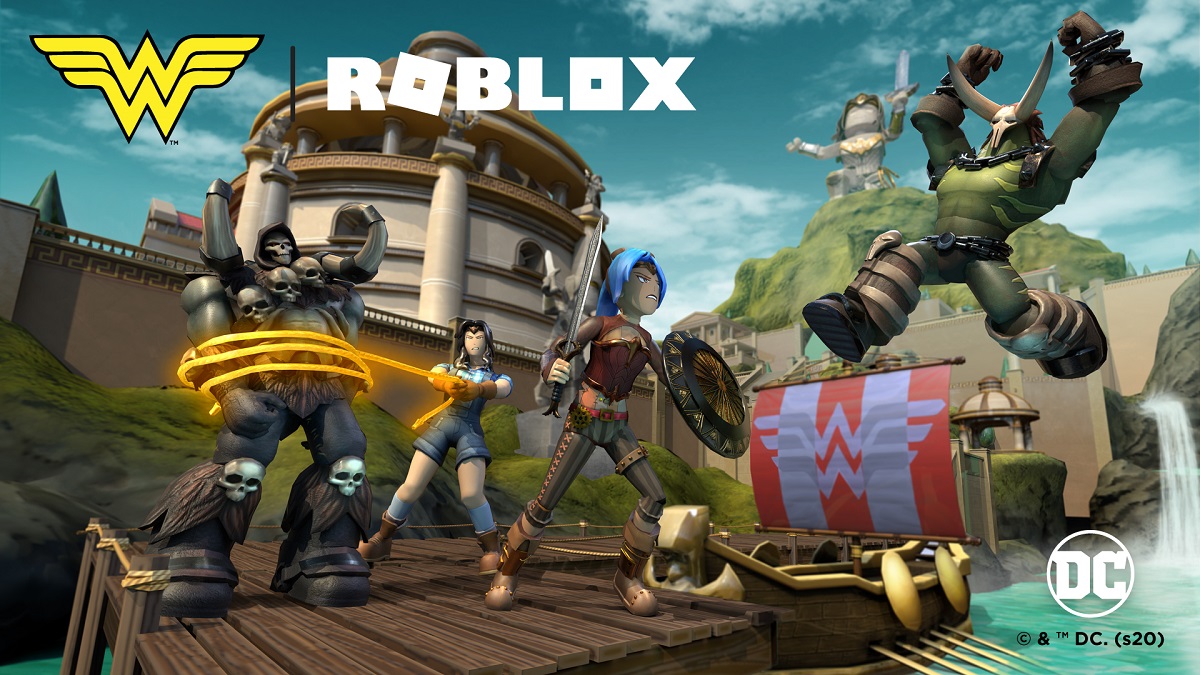 Above: Wonder Woman: The Themyscira Experience inside Roblox.

In its earlier filing, Roblox said it has grown to more than 31.1 million daily active users. The platform now has nearly seven million active developers. As of September 30, developers had created more than 18 million different experiences (or games) on Roblox, and the community visited more than 12 million of those experiences.

Measurement firm Sensor Tower said that since 2014, Roblox has seen 447.8 million installs and $2 billion in consumer spending on mobile.

For the nine months ended September 30, revenue was $588.7 million, compared with $349.9 million a year earlier and $488.2 million in 2018. Bookings (which include revenue that will be recognized later) were $1.2 billion for the nine months ended September 30, up 171% compared to $458 million a year earlier. The company attributed that growth in part to demand from users stuck at home during the pandemic.

Roblox shares revenues with its game creators, enabling high school students and young adults to make money. For the 12 months ended September 30, more than 960,000 developers earned Robux, or virtual cash that can be converted into real money, on Roblox. There were 1,050 who earned more than $10,000, and nearly 250 who earned more than $100,000. When users exchange Robux for money, Roblox takes a 30% share of the transaction.

About 34% of sales comes from the Apple App Store and 18% comes from Google Play. The average lifetime of a paying Roblox user is about 23 months. Among the risk factors Roblox faces is ensuring a civil environment for children online, which isn’t easy given all the different ways online systems are attacked.

Baszucki is a big fan of the metaverse, the universe of virtual worlds that are all interconnected, like in novels such as Snow Crash and Ready Player One. At our GamesBeat Summit event in April, Roblox’s Matt Curtis talked about the tools the company is building in order to make its version of the metaverse happen. Baszucki is speaking at our metaverse event on January 27.

The metaverse is the same goal that Epic Games, maker of Fortnite, is reportedly chasing after as well, as are numerous other companies. But Roblox is doing just fine as a platform for user-generated content. Many of its top-10 games are getting billions of plays. As of September 30, Roblox had 830 employees, up 275 from a year earlier. It also has 1,700 trust and safety agents across the world.

“While once viewed as a gaming platform, Roblox has emerged as a definitive global community connecting millions of people through communication, entertainment and commerce,” said Altimeter CEO Brad Gerstner in a statement. “And as the world moves toward a hybrid future – where online and offline community and learning co-exist, we are proud to back a values-driven business that takes seriously its obligation to build an inclusive, creative, and positive community.”

“Roblox has built a unique and imaginative virtual experience with a growing, loyal community, and we’re excited to have the opportunity to support the company at this stage of its development,” said Marc Stad, a managing partner of Dragoneer Investment Group, in a statement. “We look forward to partnering with the Roblox team as they continue to execute on a compelling growth strategy and capitalize on the substantial opportunities ahead.”