Safe In Our World has launched a charity game bundle with the aim of benefiting gamers and game industry professionals with free mental health resources.

The London-based charity is selling its Safe In Our World 1st Anniversary Charity Game Bundle for $5. Players will get access to seven games, each with a relatable message about mental health.

“We realized pretty early on that we needed to do something to offer resources,” group chair Leo Zullo said in an interview with GamesBeat. “We created a lot of resources during the first wave of COVID, and we’re refreshing that now.”

They’re available exclusively via partner Fanatical. Only 10,000 sets of keys are available for this limited edition bundle. 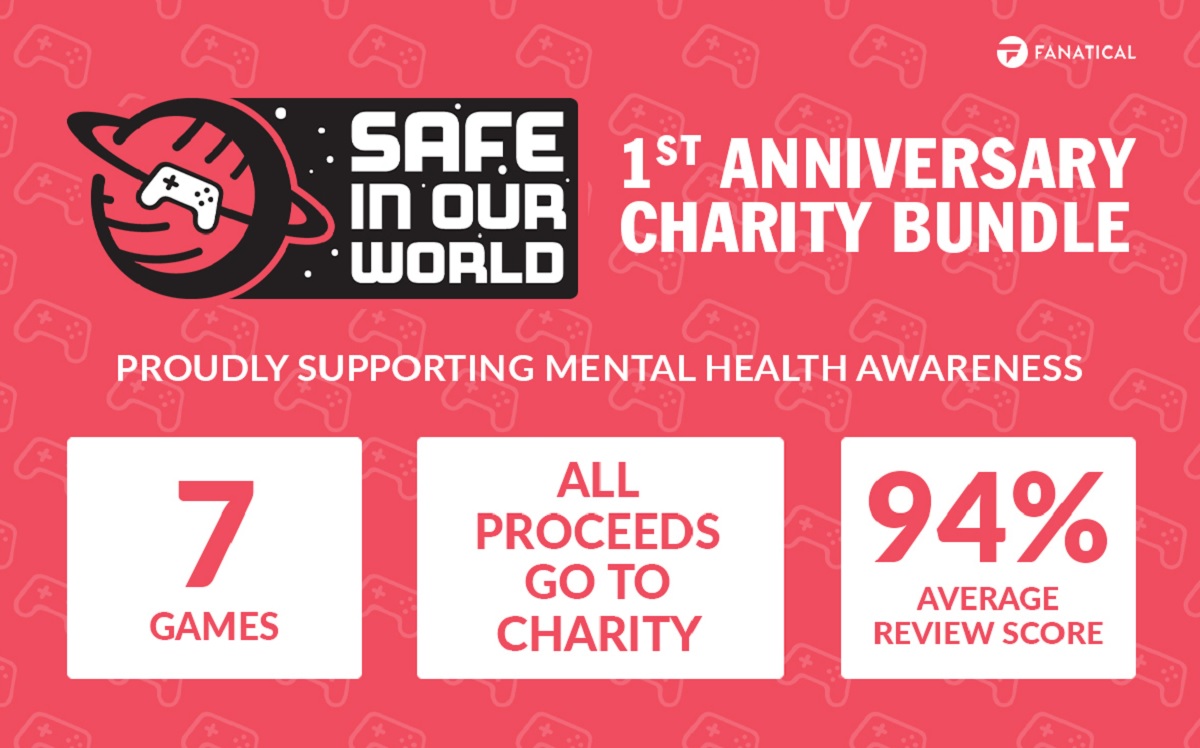 Above: Safe in Our World is supporting mental health awareness.

During the past year, Safe in Our World helped launch the successful #LevelUpMentalHealth campaign, which featured over 50 leading and indie game developers/publishers, including 505 Games, the Embracer Group, Wargamer, Curve Digital, NDreams, Mediatonic, Wired Productions, and many more.

Safe in Our World helped grow the SIOW ambassadors and patron list, with close to 100 key influential members of the industry representing the charity. It launched its COVID-19 Hub, a global resource set up at the beginning of the pandemic to help gamers and industry folk with information, tips, articles, and resources, The Hub has received traffic from over 130 countries. The charity also helped drive support for a million downloads of Fractured Minds, a game developed by BAFTA young game designer recipient Emily Mitchell. And it reached 10 million players through messaging in key partners’ games.

The charity has hired two full-time staff members during the past year.

“COVID-19 threw our plans off a little, but we’re operating with a bigger team and we are fully operational,” Zullo said.

Zullo said he was impressed with the game industry leaders who spoke recently at the second annual International Game Summit on Mental Health Awareness. Mark Chandler and Evel Crevoshay of Take This organized the online event, where leaders like Amazon Game Studios’ John Smedley said you should be able to say you’re depressed as easily as you would say you’ve broken a leg.

“If we have a mental illness, if we have a problem, we should be able to say [that] in the same breath,” Zullo said, agreeing with Smedley. “It should be normal. If you’ve got a physical ailment or a mental issue, there isn’t much difference. We have to normalize that.”

He would also like to see more companies step up and acknowledge mental health challenges, especially during the pandemic, and offer resources for mental health, as they do for other kinds of health care.

“Our LevelUp campaign was a call to arms to the industry to integrate mental health policies into their companies,” Zullo said. “We created workplace guidelines. We now have a reach of about 10,000 employees who have access to training in mental health.”