Even though you can craft most things by hand in Satisfactory, nothing beats having row upon row of clanking industrial machinery building it for you. But a setup of any scale requires power and lots of it. Keeping your machines alive and continually fed with electricity seems like a constant battle in Satisfactory as each machine puts its own demands on your grid and if it’s too much it can trip a fuse and cause all sorts of chaos.

Currently, there are five in the game and each one has its own unique benefits and downsides to using it. There are also others are available through the Refined Power Mod, such as Wind and Solar, and like the mod creations, they all have their own unique requirements for operating and maintaining them. So if you’re looking to improve your power grid or get started with automating your crafting then here are all the Power Generators in the base game of Satisfactory ranked. 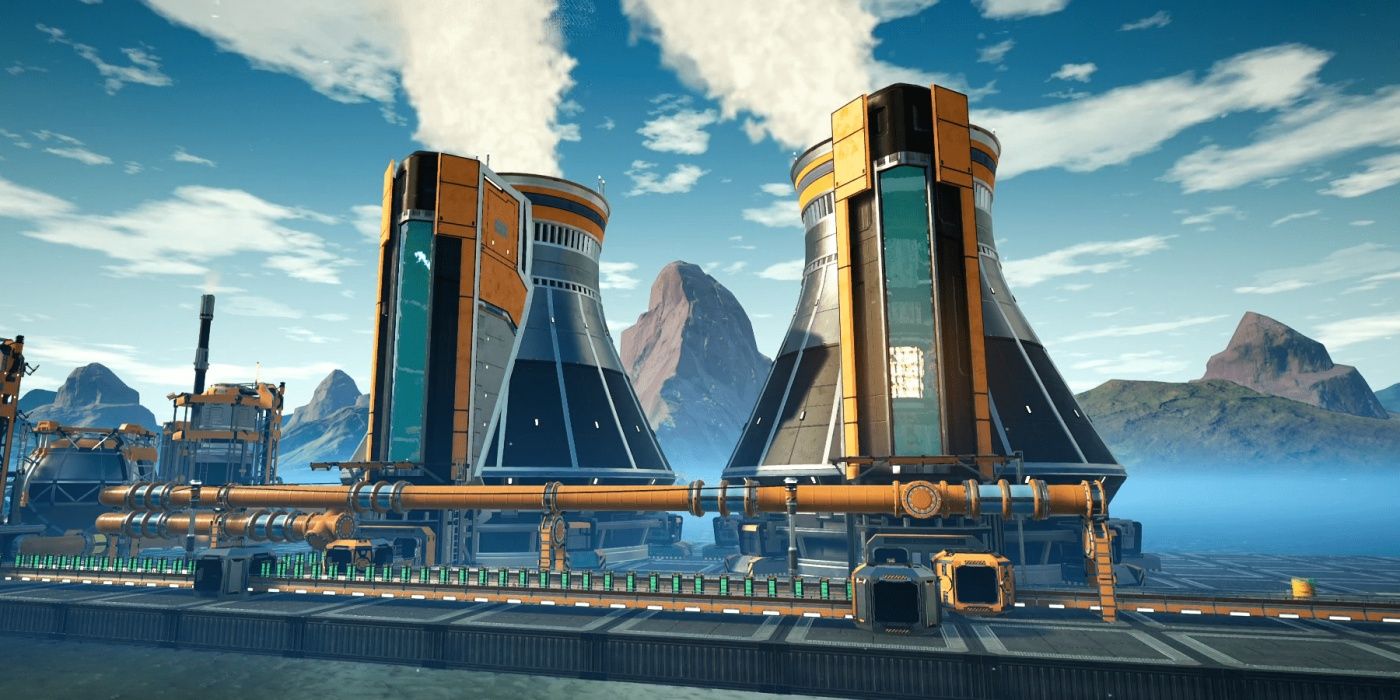 Available at Tier 8, the Nuclear Power Plant is the endgame power supply. Whilst it does provide a phenomenal 2500MW, it’s perhaps one of the most high-maintenance buildings in the game. Just like Nuclear Power Plants in real life, the biggest downside of using this type of technology is the highly radioactive waste it produces.

Depending on the fuel rod used, the Nuclear Power Plant will constantly produce barrels of sludge that will slowly bathe an area of up to 400 meters in radioactivity, which over time will kill your Pioneer and render your base uninhabitable.

So unless you want to make your own miniature Chernobyl, try to keep this generator as far away as possible in an area you’re not planning to develop on. Or if you’re feeling creative, you could try to launch the barrels out of the map with a Hyper Tube Cannon. Note: doing this too much has proven to make the game a little unstable. 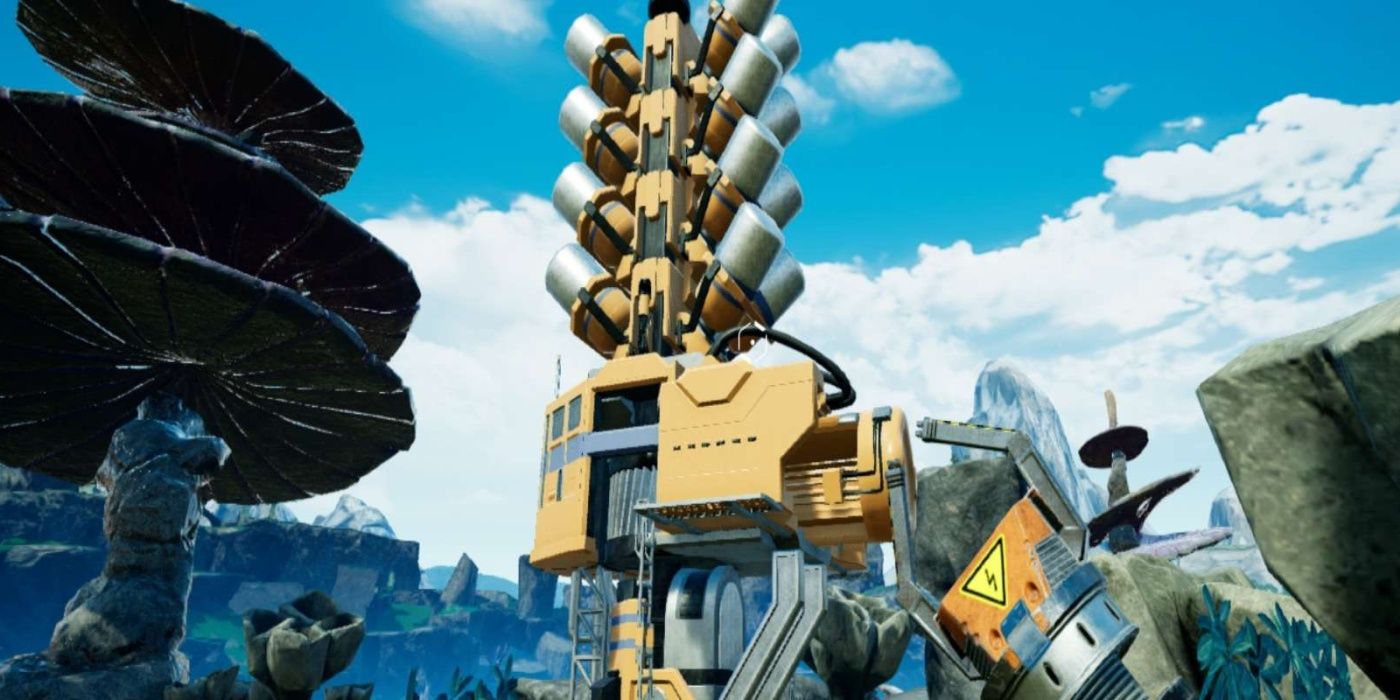 The alien environment doesn’t take any damage from the massive clouds spewed into its sky by your factory. But it can still make you feel a little guilty that your Pioneer is polluting this beautiful and wild landscape of Satisfactory. With the GeoThermal Generators, the player can take a more eco-friendly approach to power generation.

Unlocked in the MAM through the Caterium Research Tree, the GeoThermal Generators leverage the environment for power needs. These looming towers sit on top of Geysers and produce up to 600MW of power that you can use environmentally guilt-free to power machines.

However, whilst it’s easier to set up and doesn’t require any additional inputs such as coal or water, Geothermal isn’t the most reliable. At times, its power output can fluctuate wildly — especially if the geyser source you’re using it on isn’t pure. But a good workaround for this is to put a cluster of them down with redundancy power storage should their output dip too low and trip fuses. 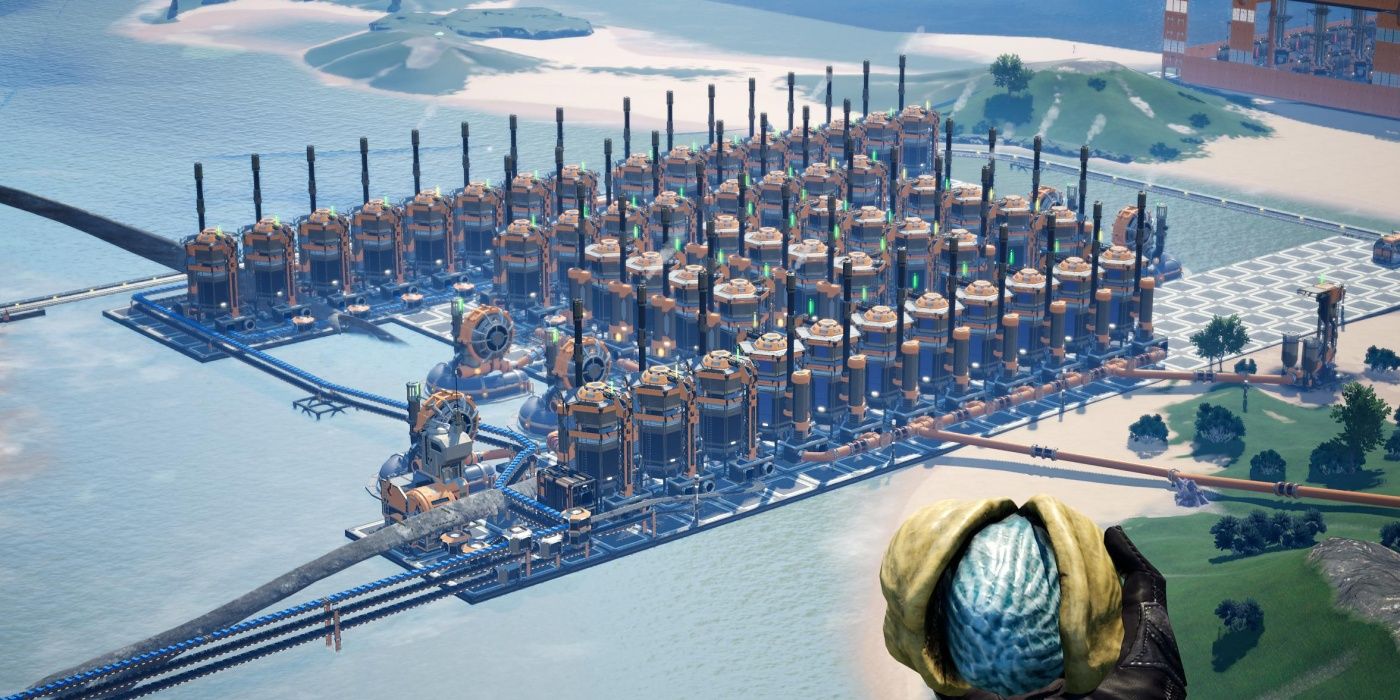 Fuel Generators are really one of the bigger and more fun toys to play with once you start to hit the higher milestones in Satisfactory. These powerhouses of electricity require a constant supply of fuel which you can create by processing Crude Oil at a Refinery. But once you have a pipeline plugged in, it pretty much looks after itself.

Available at Tier 6, this monolith of pipework produces 150MW of power and runs on Liquid Fuel that’s been processed in a Refinery. Despite the complexity of its layout as it requires a Refinery, piping, and a constant source of Crude Oil from an Extractor, the Fuel Generator’s ease of setup and reliability makes it a solid source of power.

It’s perfect for those higher-tier machines as your base starts to become more complex. Linking multiple up to an overclocked fuel production also creates a self-sustaining system that you can just switch on and forget about. 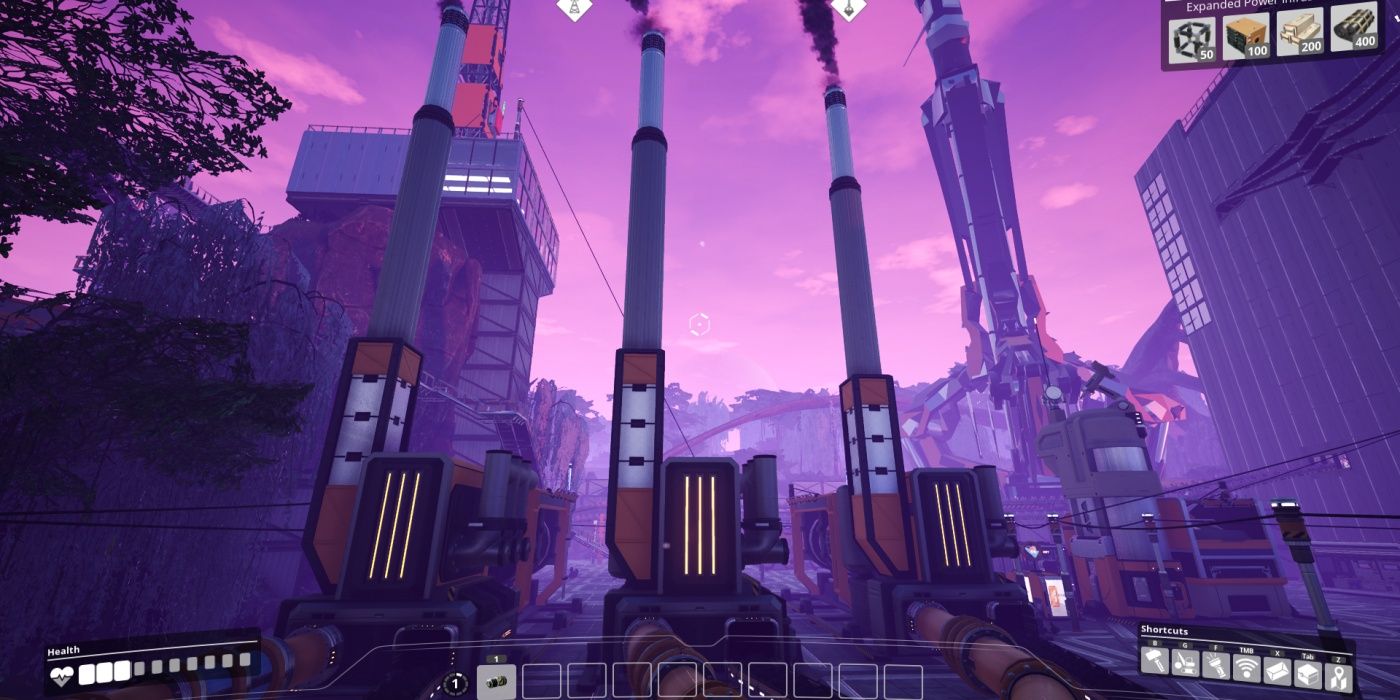 One power supply that players will be spending a lot of time in Satisfactory with is the Coal Generators. These rumbling giants with smoke-spewing stacks are the first step into automated power after they unlock at Tier 3. Unlike the Biomass Burners, the Coal Generators provide a significant initial boost in power with 75MW generation that can really help a base expand quickly as you load it up to machines.

Their main downside however is that it can be a little difficult to get one quickly installed as they require a constant supply of coal and water to operate. Whilst water is easy to find, with plenty of lakes, seas, and rivers dotted around the game’s massive map, getting a grouping of coal (let alone a solitary node) can often be incredibly difficult.

This is because they’re often far away from the four initial starting points, guarded by vicious aliens, or hidden in awkward-to-reach spots that can take a while to get to. So the initial setup is quite the jump in difficulty for players as it can often require substantial planning. But once you’ve built one and it’s got a reliable source of fuel to burn through, it can become quite the factory Workhorse. 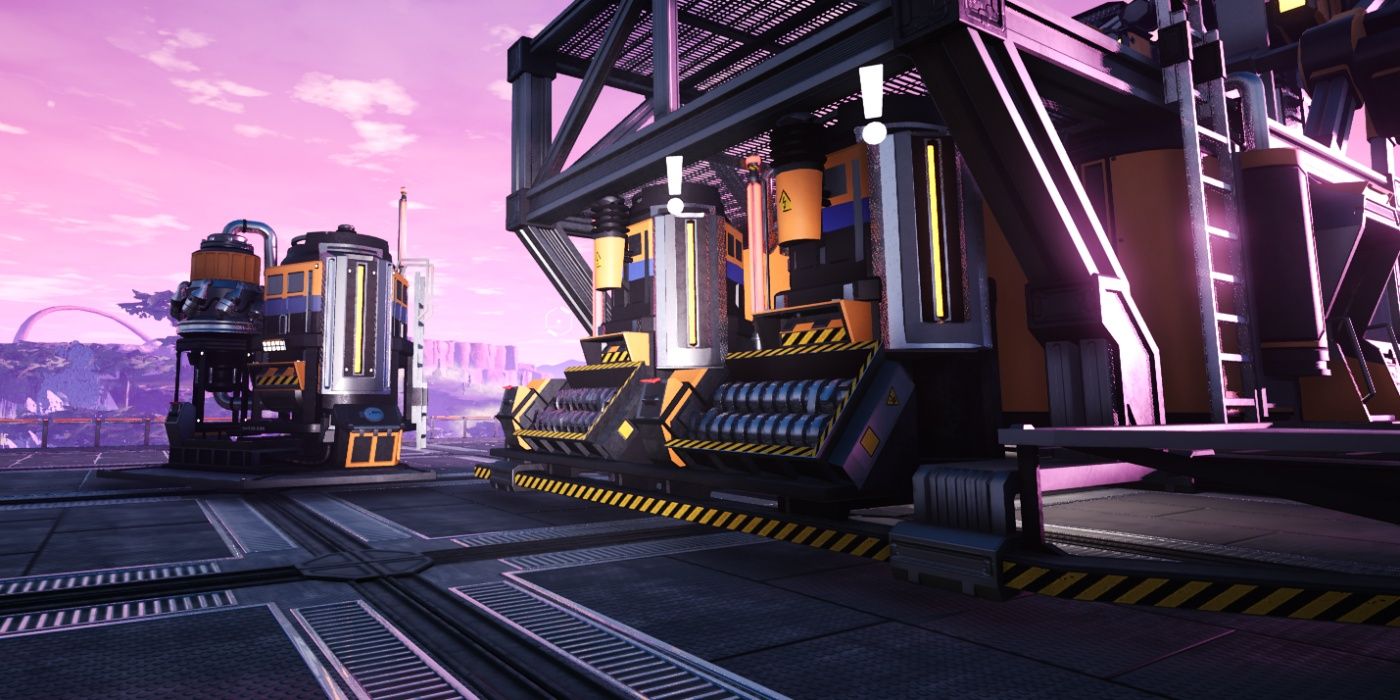 The Biomass Burner is your first introduction to how electricity and machinery function in the game. It’s still the absolute favorite power generator in Satisfactory and its low cost for crafting (15 Iron Plates, 15 Iron Bars, and 25 Copper Cables) means it’s quick and simple to build.

This little scrappy underdog is what welcomes you when you first start a new game of Satisfactory and your HUB also comes with two built-in to ease you into it. They run on biomass, which can be crafted from leaves from the ground or wood from chopped-down trees. Although its only downside is that you need to constantly manually insert the fuel, otherwise it turns itself off.

But you can get around this slightly high-maintenance issue by turning biomass into Solid Biofuel so the Biomass Burner runs for a little longer. Also, not only are they easy to use, but they’re also a handy way of kick-starting grids or other high-end machines like the Water Extractor or Miners.